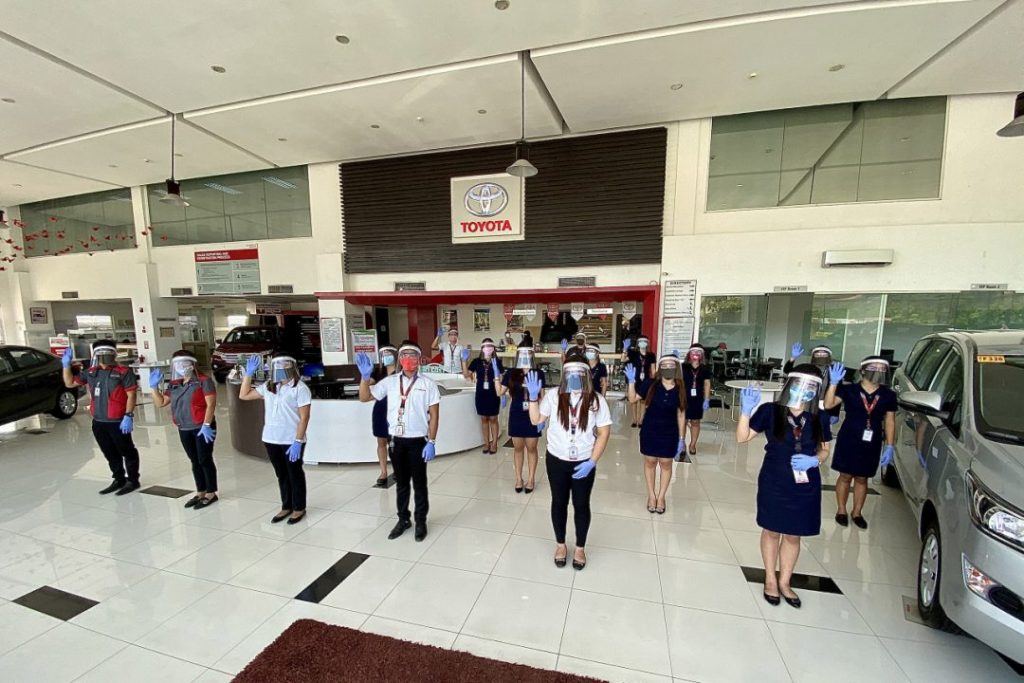 The announced third extension of the Enhanced Community Quarantine (ECQ) in Metro Manila from May 15th to the end of the month may have disappointed a lot of people who are looking forward to going back to work and getting back to their daily normal lives. However, because of the absence of an effective new vaccine against the COVID-19 virus and the threat of a second wave of infections, there is the anxiety that there will be new strict protocols to follow when we get back to our normal routines. Life, as we know it, will not be back to normal. Or at least, not immediately.

Lately, there’s this new buzzword that has been circulating around: “New Normal”. What is the New Normal and what does it entail? 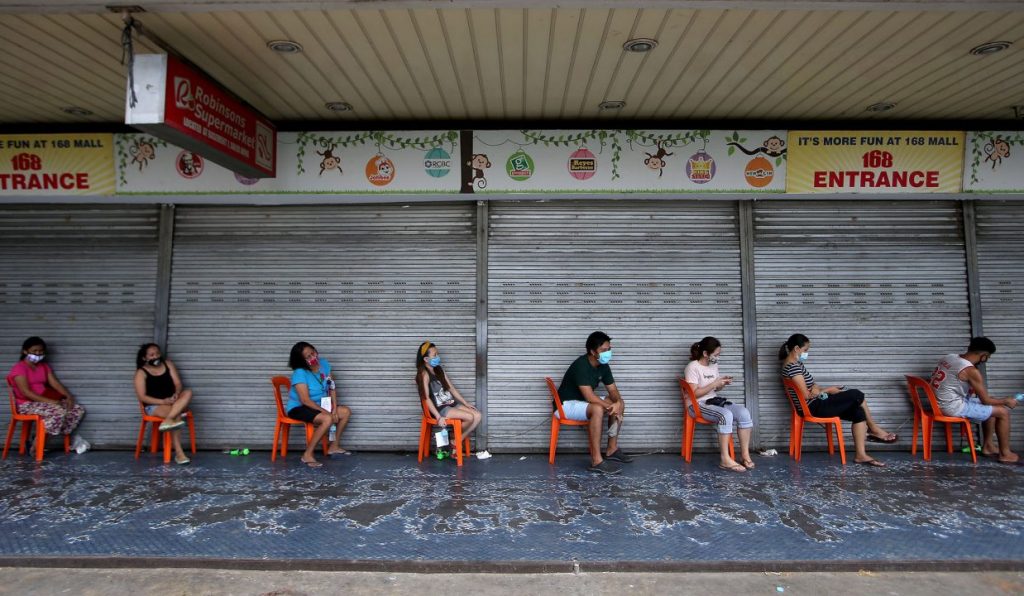 Everyone assumes at first that the New Normal applies to health safeguards in public places and at the workplace. As businesses start to re-opened and steps are being taken to resume operations, everyone will be compelled to follow health guidelines to avoid the further spread of the Corona virus. People will be required to wear face masks when going to a venue where there will be person-to-person interaction and possible crowding in an enclosed space, such as inside supermarkets, malls, stores, banks, car dealerships and service centers, appliance stores, and other venues of business. Some jobs will require employees to wear face shields or even protective suits that are used to handle hazardous materials. 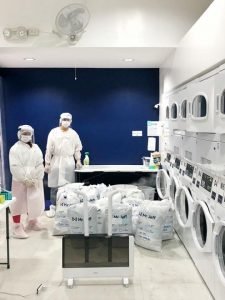 While in public places, people will be advised to observe “social distancing” to minimize the risk of the virus jumping from one host to another and start another wave of infection. Public transport systems will require gaps between passengers, resulting in longer queues, while offices will either rearrange the employees’ desks or simply have them work from home (WFH). Contact between customers and order takers will be limited and most transactions will be separated by a plastic air-tight curtain or through electronic interfaces, such as pen tabs or touch screens, which will be regularly sanitized, sterilized or disinfected. Shaking hands and other forms of social greetings that involves contact will most likely be avoided. 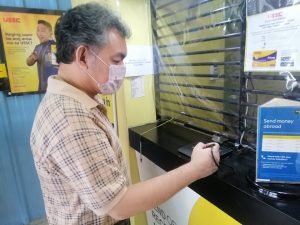 But beyond increased personal hygiene and mutual protection from infection, there is the greater problem of an economic slowdown. For instance, let’s look at the industry related to our publication – the transportation and auto industry. If social distancing will be strictly enforced in public utility vehicles (PUVs), there will be less passengers to ferry per trip, and thus, there will be less fares paid, which means less income for the driver and the operator. If the PUV is already owned by the operator or the driver, then his only problem is money for the fuel, the daily boundary, and the maintenance of the vehicle. But if the PUV was acquired through a bank loan, then the operator will have less money to pay the monthly amortization, which means a problem for both the lender and the borrower. The vehicle might be repossessed by the bank, which means one less PUV on the road to ferry passengers. 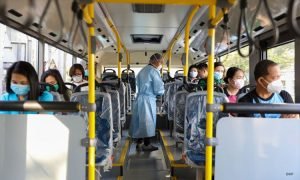 Some private vehicle owners might be facing the same dilemma. If the vehicle was financed through an auto loan, then the owner is obliged to continue payment, even if the banks give a “grace period” because of the pandemic. But what if the owner had to accept a pay cut, or in the worst case, what if he or she lost his job? He or she wouldn’t have the means to pay the monthly amortization. The banks could extend the payment period to allow the owner to catch up with his payment, but in the worse case, the vehicle gets repossessed by the banks. 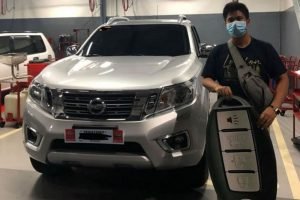 The banks normally resell the repossessed vehicle over time to convert it back to cash. But if the number of repossessed vehicles becomes huge because of the post-pandemic economic slowdown, then banks will be forced to sell these vehicles at vastly reduced prices just to clear their growing inventory. New car dealers will have a difficult time selling their own inventory because they will have to compete with the banks. Buyers may be attracted to the low, low prices of the repo vehicles plus the possibility of buying these repo vehicles thru the auto loan facility of the bank. 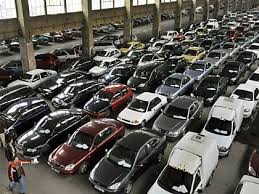 While car dealers will be competing against the banks for vehicle sales, the banks will also have to collect from car dealers on the inventory that the dealers bought through the banks’ floor stock lines. With low vehicle sales, car dealers may not have enough funds to pay their arrears with the banks and some dealerships might be compelled to close if sales do not pick up fast enough. Thus, when the dealership closes, the employees of the dealership lose their jobs, the dealer principals lose their shirt, and the banks also lose one of their biggest customers. Meanwhile, the bank might have to let go of some of their employees, too. It’s a vicious circle. 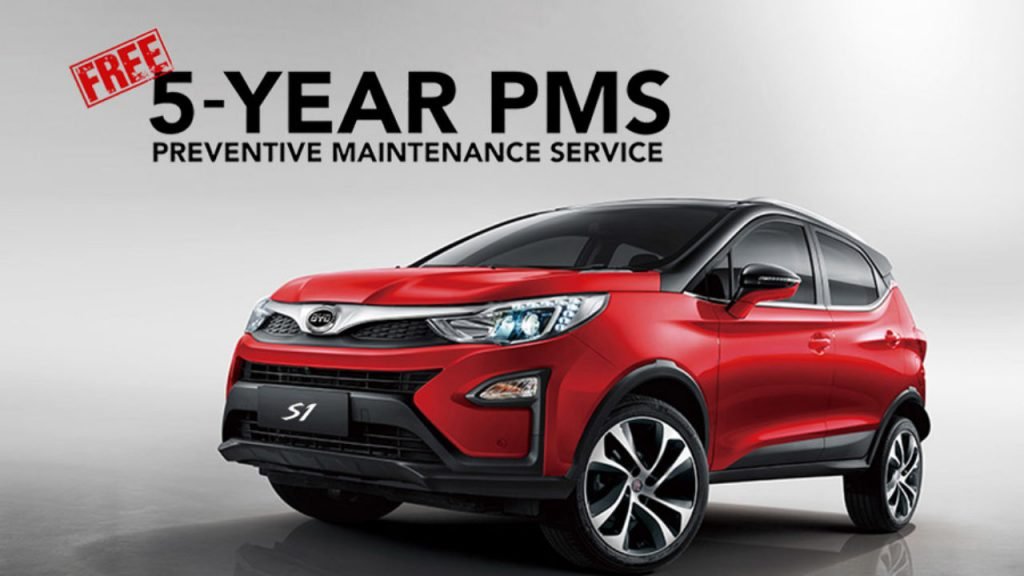 To add insult to injury, car dealerships will be required to install health safeguards like disinfection booths and thermal scanners in ingress areas for the walk-in customers, employees and suppliers while all vehicles coming in and out of their service areas will have to be sanitized. All this sanitation, sterilization and disinfection will involve costs, which is money that dealers can NOT afford at the moment, especially when sales, service and spare parts income are all down. But they are compelled to spend for these because of the new health regulations. The general managers of most car dealerships nowadays maybe working overtime, from home of course, on how to solve this dilemma and find a suitable balance. 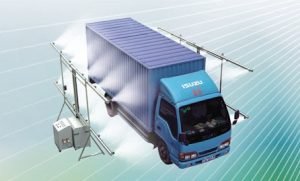 Automotive manufacturers and distributors are problematic as well. Aside from reduced income from the 2-month production stoppage and increased costs from the instituting the required new health safety regulations, manufacturers and distributors will have fewer units to move because their dealers will NOT be ordering as much inventory as they have projected before the pandemic. Since most sales and marketing plans were made around October or November of 2019, most dealerships have placed their orders in December or January. Inventories may have been delivered to the dealerships before the ECQ or were being processed by the manufacturer or distributor when the lockdown was enforced. If the dealers cancel their orders, the manufacturers and distributors will be stuck with the existing inventory, which they cannot force on their dealers, and they will incur losses on the costs of inventory, warehousing, lost opportunity, and the cost of money. 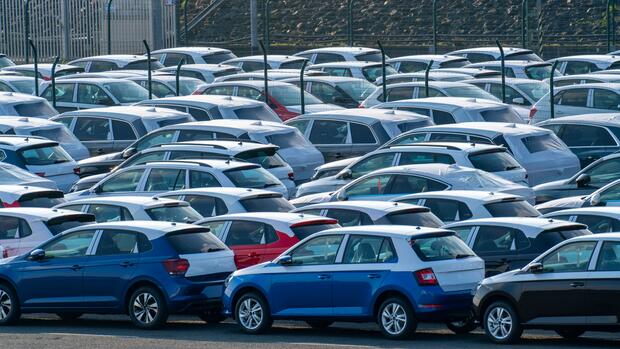 Thus, the automotive industry will be forced to downsize and cut-off some of their workforce. The effect will also be felt by the workers who are employed in industries that supply the auto industry with raw materials, such as steel, wood, rubber, wood, leathers, plastic, glass, etc. as well as component and related industries such as batteries, tires, fuel, oil, and the like. Unemployment rate will rise as will underemployment, and there will be less money circulating in the economy because no one will be spending on non-essential items except on basic necessities like food and medicine. Most families will be compelled to economize on their own spending and the luxury and non-essential industries, as well as the people working in these industries, will suffer a huge decline in their income because of reduced sales, or NO sales at all. The economy will go into a stall. 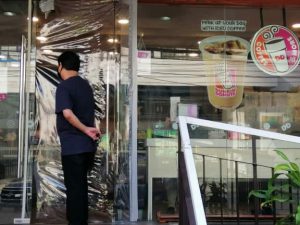 In the past, the government has the ability to avoid stalling the economy by “pump priming” it with a stimulus program that will encourage consumers to spend. But after giving billions of pesos for the supposedly “underprivileged segment” of the population through the Social Amelioration Program (SAP) and the 4P’s, where will the government get money for a stimulus package? The Philippines cannot immediately ask money from other countries since they are all suffering economically as well. After all, this pandemic is global. 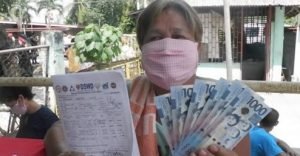 The pandemic has a silver lining though. It was reported the Earth seems to have healed after two months of reduced human activities. The waters are clearer because there are less toxins being thrown into the sea. There are less logging and forest-clearing activities, which allowed the forests to regenerate. The sky is blue, a million square miles of the ozone layer has been reportedly patched up, and the air is a lot cleaner because there were fewer cars on the road and almost no airplanes up in the sky. If the reduced human activities continue, scientists predict that the polar ice will retain their current size, the sea level will not rise, and the threat of global warming will be reduced. 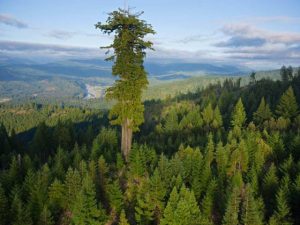 So what then is the New Normal? Some veterans of several big industries have said that it will take around 4 to 5 years for the economy to recover and for things to go back to “normal’.  But if things go back to normal and the environment gets degraded and desecrated once again, would we like to go back to “normal”?

Or does the New Normal entail a new consciousness to consume only what is necessary, as we’ve experience during the lockdown? Does the New Normal include lessons we’ve learned while we were compelled to stay home such as self-reliance and discipline? 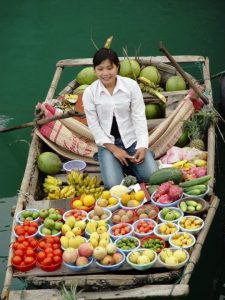 These past two months under ECQ have shown us that we have accumulated a lot of things that we don’t really need. There are things that we’ve acquired probably because of necessity but we’ve also acquired unnecessary stuff probably because of pride (I’ll be the only one in our neighborhood to have it), envy (keeping up with the neighbors), greed (I want more, more, more), gluttony (I just can’t get enough), or even out of spite (I got this to show you who’s boss). Don’t you think that it’s high time to correct our conspicuous consumption? 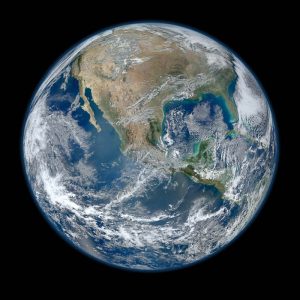