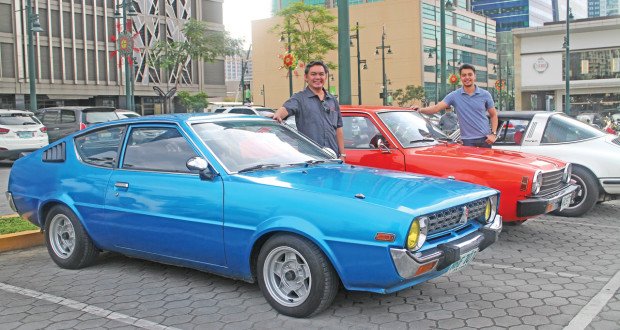 After selling my limited-edition BMW motorcycle to finance a business venture, I had a tinge of seller’s remorse. So, I did what most gear heads would do: I took a small part of the proceeds from the sale of the motorbike and started to look for a “souvenir” – something that would remind me that I had to let go of something I really wanted to get something I really needed.

I eventually decided on a 1977 Mitsubishi Celeste 1600ST and convinced myself and the wife that it would make a good project car for the magazine. After a short test drive, I nearly didn’t buy it because I realized that I already have three personal project cars – my 1971 Chevrolet Camaro, my 1986 Mercedes-Benz 500 SE, and my late father’s 1996 Nissan Sentra Super Saloon – and getting a fourth one would not make sense.

So, I did what most gear heads normally do: I consulted my best buddy, Ferdie Chan, who told me that good first-generation Celeste A73s are getting harder to find. His sage advice prompted me to go ahead and buy it. You see, life’s too short. Besides, you can’t have too many project cars…

After two months of working on and driving around in the little blue Celeste, I realized that there was one more thing that led me to buy it. It wasn’t just its affordable price or its fuel economy (compared to the V8-powered Camaro and 500 SE) or its classic Japanese old school appeal. No, it was more than these things – it was the nostalgia of finally being able to own a car that I only dreamt of when I was in high school.

When I was 13, I took my first ride in a Celeste that a friend’s uncle drove. I loved the way the car looked, the way it ran, and heck, even the way it smelled inside. It would be another five years before my dad would allow me to legally get my driver’s license but I dreamt of getting a Celeste and driving it around. I would have wanted a Corvette, a Porsche 911, a Ferrari 308 GTS or a Lamborghini Countach but I was being realistic. A Celeste would be just dandy, I thought then.

Well, 36 years later, I finally have one. Driving the Celeste now brings back good memories of summers when my friend, Emmanuel “Nolette” Samson III and I would sit inside his uncle’s parked car and talk for hours about what we’ll do when we finally get our driver’s licenses and where we’ll go and how fast we’ll get there. Driving it around brings me back to a more carefree time in my life when all I only dreamed of was just getting into the driver’s seat and driving away. I didn’t care where – I just wanted to drive far and drive fast.
And then the heavy December traffic brought me back to my present day reality: I am no longer that carefree 13-year-old boy who just wants to drive far and fast. I am now a 49-year-old business owner with a lot of responsibilities. Even though I am my own boss, I have shareholders to answer to, clients to collect from, suppliers and creditors to pay, sponsors and advertisers to please, employees and a company to manage, my late father’s estate to work on, and a family to look after.

And, thank God, I now own and drive a little blue Celeste to wax nostalgic with.