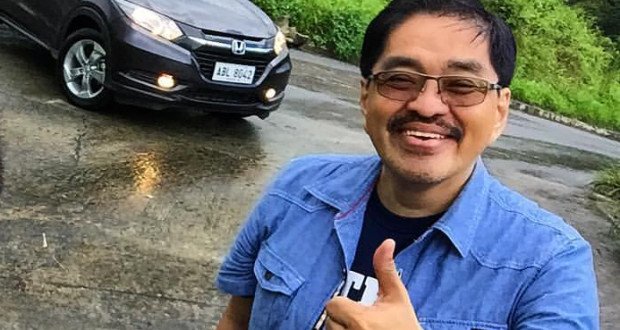 How To Deal With Abusive Taxi Drivers

A lot has already been said or posted on social media recently on the issue of the abusive taxi drivers we have here in this country. Ranting over the Internet has created a viral issue to talk about, that prompted the government to immediately take action on this particular complaint.

So serious was issue that everyone who took a taxi cab was aware of the possible consequences that might transpire every time they hailed a cab. Of course, these commuters were ready and had their smartphones prepared just in case. It has been a common practice especially among female taxi riders to text the information of the cab they just hailed to their friends or family, just in case anything may happen to them.

Now, taxi commuters engage themselves in a negotiating battle “Deal or No Deal” situation with taxi drivers, even before riding a taxi cab that would bring them to their destination. Usually succumbed to the terms of the abusive driver. To make matters worst, heated words are exchanged and at times violent confrontations occur.

Being at the mercy of these heartless taxi drivers, the only defense the poor commuter is to have their camera phones always ready, to record any incident that transpires and complain to the authorities with the videos or pictures as evidence.

So what should one really do when situations like these come up ? Being a cab rider, one should be aware of the passengers’ rights and rules covering the transport franchise that the Land Transportation Franchising & Regulatory Board (LTFRB) grants to these “road goons”.

First, it is the right of every cab rider not to be denied transportation service once hired. Meaning no choosy procedures. Just open the door and ride. Second, there should be no contractualization of a metered taxi cab. Meaning again, that the commuter only pays for the fare registered on the untampered and sealed taxi meter. Third, a printed receipt should always be issued after every trip made for hire. Non-issuance of an official receipt (whether, printed or handwritten) is a violation and payment is denied to the taxi driver.

With these alone and so many other responsibilities and requirements by the law is enough to put every taxi driver in jail. The commuter is protected by the state, and should really be. But what happens next is the real problem. There is no strict enforcement of the law, which just leads to the emergence of more abusive taxi drivers.

The “handsome” stance put out by the LTFRB is superficial, and is simply reactive only to every complaint made to the agency. The regulations put out by the government regulatory board on transport are just mere suggestions then, for the driver goons to follow or not. The Certificates of Public Convenience (CPC) should immediately be revoked if found violating the very objective of the franchises they hold.

There are many aspects of the law on public transportation, that still has to be implemented properly and well. And unless the proper agency to do this does not budge, the poor riding public will always be at the mercy of these abusive drivers.

The emergence of the UBER and Grab Car services is proof of the deteriorating state of public transport in this country. Commuters prefer the safety and peace of mind during their ride, making it truly convenient. No matter if the fare costs are a bit more.

There are social media sites like TaxiKick which posts complaints on abusive taxi drivers in absence of a quick response from the LTFRB. While the Metro Manila Development Authority has come up with its own complaint & action website.

Taxi operators and taxi drivers should realize that, the taxi service is a business, which entails the same procedures and principles involved in any other business. The objective of the business is to make an income, less all other expenses or overhead spending. Without an income, business comes to a halt and closes down.

It is useless to continue a taxi business operation if the driver or operator continues to complain of a loss, only hoping to take the extra mark up on the commuters to cope with their lousy business service.

For the regular commuter, show the driver who is boss, and that’s you. Be prepared to assert your rights. Put these scrupulous drivers out of the job. End their misery by not patronizing them. Do the country a favor and get them off the street. Traffic will be a lot less with these taxi cabs off the road. There are a lot of better options to get from Point A to Point B.

Government should address this problem seriously and we should always be vigilant and On Patrol.