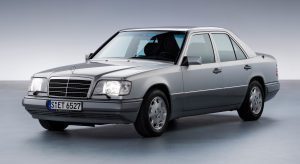 In the go-go era of the Eighties, youthful aggressiveness was predominant in the business community and many young urban professionals or “yuppies” gravitated towards European automobiles as their chariots of choice.  When BMW became the signature yuppie-mobile, the engineers and designers at Mercedes-Benz didn’t just sit still. They built a car that was flaunted in their ad campaigns as “engineered like no other car in the world.” 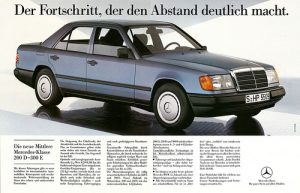 Mercedes-Benz retired their hugely popular W123 mid-sized sedan in 1985 and replaced it with the W124-series, which eventually became known as the E-Class.  With the high standards of German engineering and build quality, the W124 was an over-engineered car from the very start and was designed to last many miles.  The M-B engineers really took their ad campaign to heart, incorporating advanced technology in the W124 4-door sedan, 2-door coupe, convertible and 5-door station-wagon models. 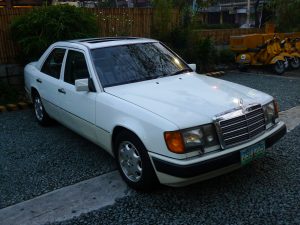 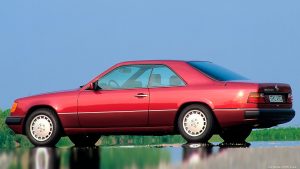 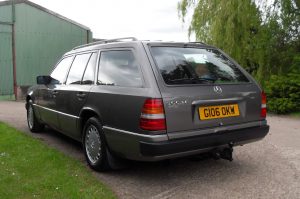 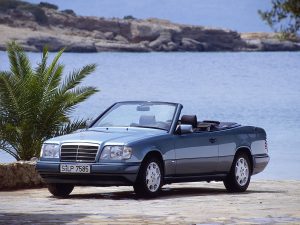 Much of the W124’s features were advanced automotive technology at its introduction, incorporating innovations that have been adopted throughout the industry.  Its aerodynamic body and streamlined airflow gave it one of the lowest coefficient of drag (Cd) of any vehicle of the time, which reduced fuel consumption and wind noise.  Its single windscreen wiper had an eccentric mechanism that extended the wiper’s reach to the top corners of the windscreen for clearer outward vision.  In 1986, Mercedes-Benz introduced their all-wheel drive system, the 4Matic, which improved traction in all weather conditions. 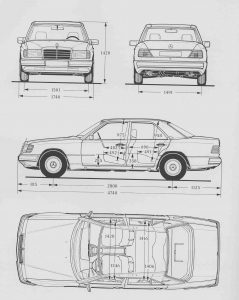 The sedan, coupe and convertible models had optional rear headrests that would fold down remotely to improve rearward visibility when required.  The station-wagon’s rear door was pulled in the shut-position silently and automatically by a sensor-controlled servomotor. With the exception of the carbureted 200E, electronic fuel injection was standard and an oxygen sensor in the exhaust system made the engine run more efficiently, which improved fuel consumption while meeting strict emission regulations. 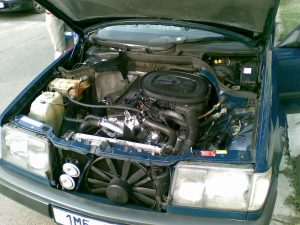 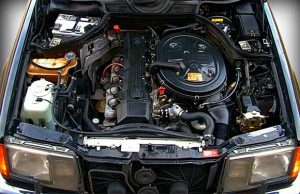 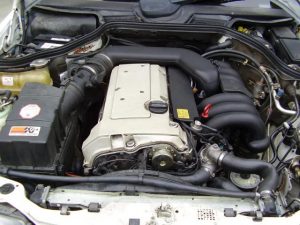 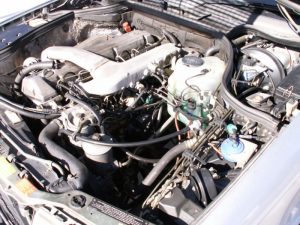 The rear features the multi-link axle introduced in 1982 with the Mercedes-Benz 190, which is now standard on many modern cars.  W124 wagons had Citroen-like self-leveling rear strut suspensions with gas-filled suspension spheres to provide damping but these were paired with rear coil springs to maintain the static ride height when parked.  Safety features were numerous and included standard anti-lock braking system (ABS), airbags and crash protection that became the standard crash-test configuration in Europe. 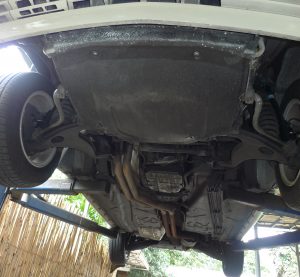 The underside of the W124 is full of technological advances of the day. 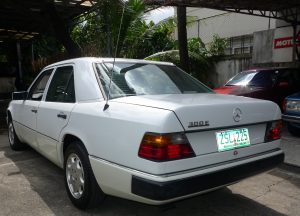 The body was designed by Bruno Sacco and features angular lines… 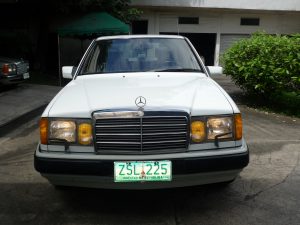 … and the classic Mercedes-Benz grille and tri-star emblem.

The W124 came with a variety of gasoline and diesel engines, a performance-trim called the Sportline but the high-performance version later came in the form of the 500E, which featured a 320-horsepower 5.0-liter 32-valve V8 engine from the Mercedes-Benz 500SL (R129) and chassis and suspension performance modifications courtesy of Porsche.  AMG even shoehorned a 6.0-liter V12 engine to come up with an ultra-high performance W124 called the “Hammer”. 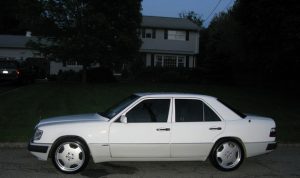 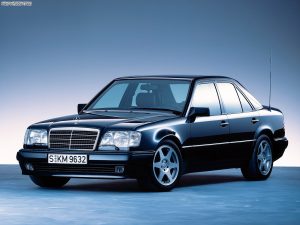 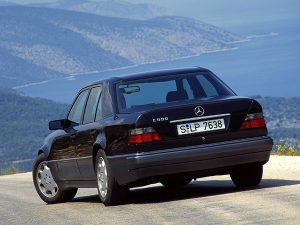 … and suspension modifications from Porsche to make it handle like a sports car. 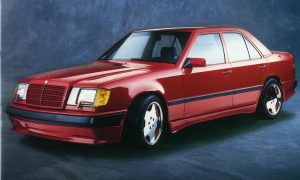 About 2.7 million W124 units were sold worldwide so these cars are plentiful while the parts supply is abundant.  Despite not being a rare collectible car, many Filipino Mercedes-Benz enthusiasts look at the W124 as a good automotive investment, especially with its reputation of high build quality and robust mechanical performance.  This fact alone makes the 1985-1995 Mercedes-Benz W124 a future classic. 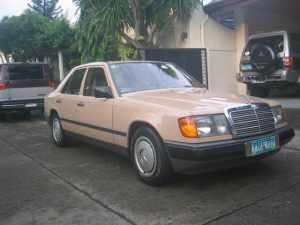 Cheap, bastardized and modified project cars that are more trouble than they’re worth

Why we think it’s a Future Classic: 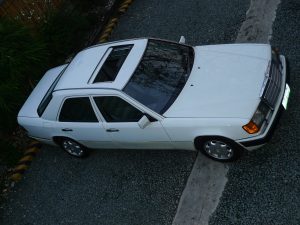