1965 Buick Riviera: And Audrey Was Her Name

(The author, Barry Hunter, is based in Georgia, USA. He is married to Hidee Balan, the sister of Power Wheels Magazine VP for Sales and Marketing, Shawie Balan Dizon.)

When I was younger, my dad and I were driving around and we saw a Buick Riviera. After discussing its great body lines, the smooth power of the 401 cubic-inch (6.5-liter) Buick V8 engine and the ultimate “cool factor” of the upscale Buick, I asked my dad why we didn’t have one.

My dad replied, “They are pretty expensive automobiles so we need to stick with Chevy or Ford”. Despite my dad’s “affordable” automotive preference, I made a promise to myself to one day own a Buick Riviera and I vowed to get a 1965 model, which was a one-year-only body style, and which I think was the coolest “Riv” ever. 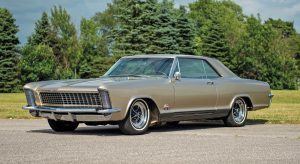 Got My Own Riv

So, a few years ago, I stumbled upon a 1965 Riviera and dragged it home with the intention of restoring it. The car only 41,000 original miles and it had some damage on the front passenger quarter panel. I had it carefully hammered back out to its original contour until it sat perfect. I had to have the repairs done because there aren’t many parts for the Riviera since only 37,000 examples were made in 1965. 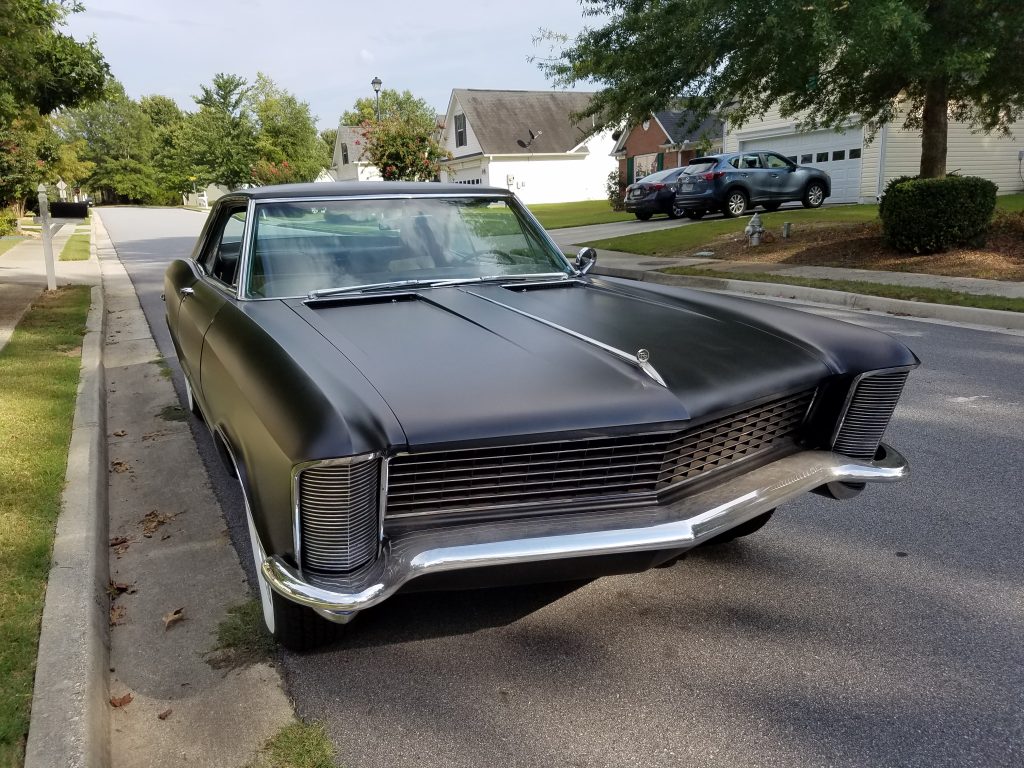 I kept the drivetrain original with the factory-installed 320-horsepower 401 Nail Head V8 and the Super Turbine 400 3-speed automatic transmission. The 401 V8 dumps its used gasses into a Flowmaster 40-Series dual exhaust system made specifically for the Riviera. I replaced the brake system with an all-new Wilwood dual master cylinder, brake calipers, lines and pads on all four wheels. 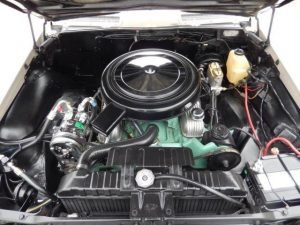 My Riv rolls on custom-made 17-inch chrome five-spoke Supreme wheels with 255-mm-wide white-wall tires. The suspension is an Air Ride system composed of a fully-bagged setup by Ride Tech with HQ shockwaves, Cool Ride shocks and a digital control system secretly stashed behind the cigarette lighter.

The exterior color of my ’65 Riv was Sandalwood like the interior but the guy who owned it before me painted it flat black, which I liked better than the original color so I kept it matte black. The hideaway flip-up headlights were restored to functionality after troubleshooting its electrical short circuits. I’m just glad that the motors didn’t have to be rebuilt or else they will cost me more than a pretty penny. 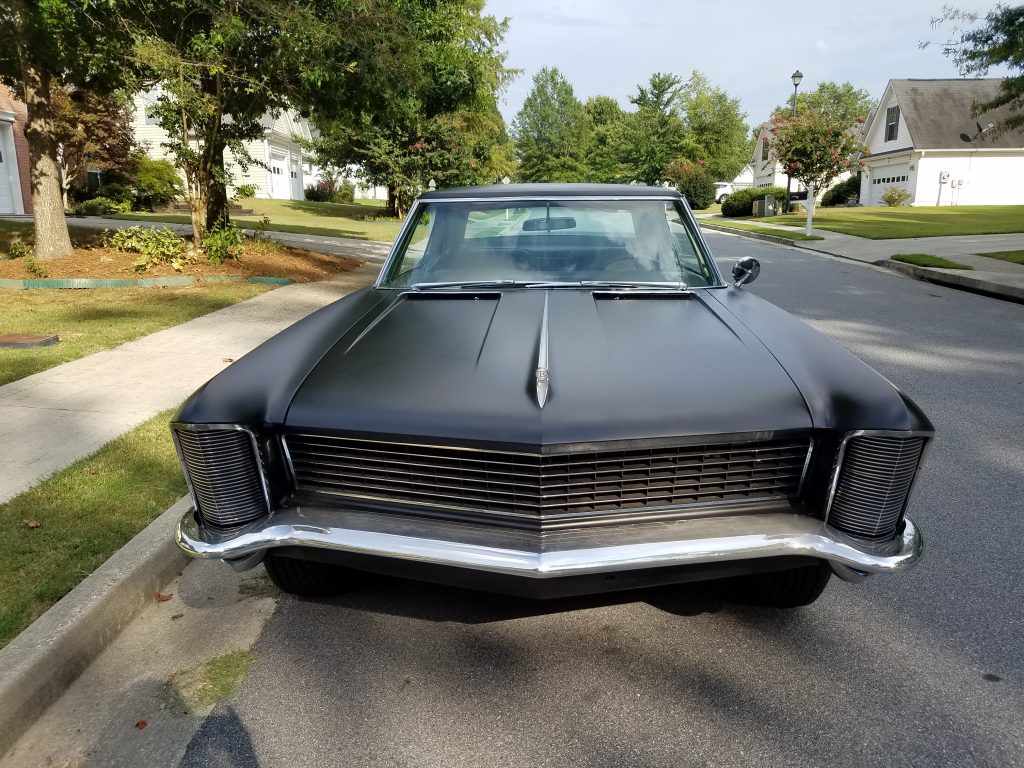 The previous owner cut up the original dash to install an aftermarket radio so I restored the dash with a new radio insert and a Custom Autosound 630 Buick stereo along with new wires and speakers.  All the gauges on the instrument panel and the power windows worked perfectly when I purchased it so I just cleaned them for added sparkle. My wife, Hidee, helped me reupholster the seats, install a new rear package tray, and tidy up the carpets. A set of new floor mats with the Buick logo help liven up the interior. 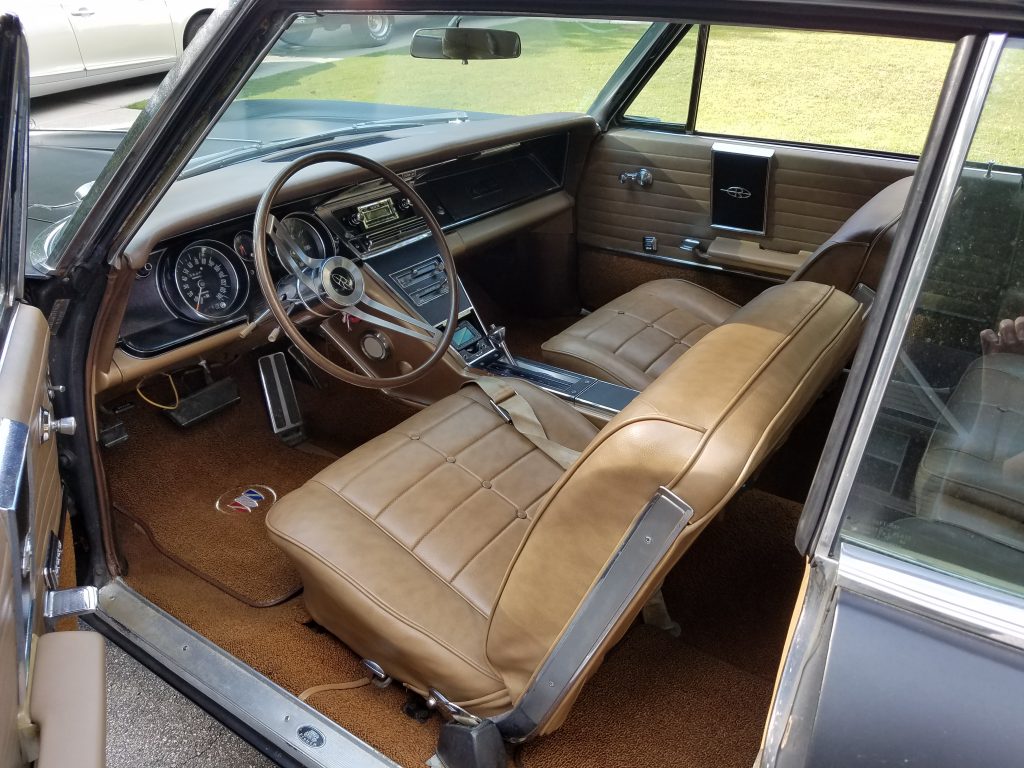 While my 1965 Buick Riviera, which I named “Audrey”, is now almost finished, I plan to replace the headliner and upgrade the electrical fuse box and wiring in the near future. She’s a beauty and I intend to keep her that way!