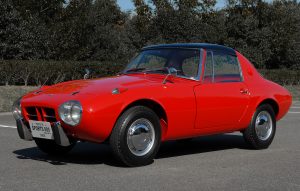 Can a cute little sports car with a small boxer engine provide the same driving exhilaration as the larger ones with more powerful engines? Well, with the 1965-69 Toyota Sports 800, the answer is a resounding YES.

Nicknamed the “Yota-Hachi”, which is Japanese short form for “Toyota 8”, the Sports 800 is Toyota’s first production sports car. The prototype debuted at the 1962 Tokyo Auto Show with a sliding canopy as an ode to its creator, Tatsuo Hasegawa, who was an aircraft designer in World War II. Weight was kept down by using aluminum on selected body panels and thin steel on the unibody construction. 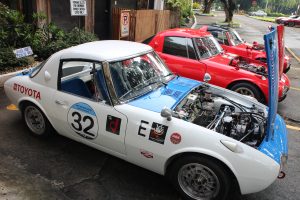 In 1965, the car went into production with chassis code UP15 and featured an aerodynamic body designed by Shozo Sato and a lift-out roof panel, or targa top, that could be stored in the trunk behind the seats when not in use. Removable roof panels later became fashionable on the Porsche 911 Targa, Ferrari 308 GTB, and Chevrolet Corvette.

Powering the Sports 800 was an air-cooled 790cc horizontally-opposed 2-cylinder engine with dual carburetors that churned out 44.45 horsepower at 5,400 rpm. Even with a meager power rating, the car was agile and could reach a top speed of 155 km/h because of its low center of gravity, light weight, and aerodynamic body. The boxer engine and torsion bar front suspension allowed a low body that placed the driver and passenger closer to the ground and gave a greater sense of speed and driving exhilaration. Because of these features, it found racing success in the 1965 All Japan Clubman Championship, 1966 Suzuka 500-kilometer Endurance, and 1966 Fuji 24-hour races. 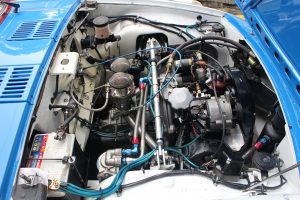 According to Yasunari Sugiyama, the president of the Toyota Sports 800 Owners Committee, there were 3,057 units produced between 1965 and 1969. According to his “Alive” Records, there are more than 1,000 cars, or one-third of the production run, that still exist. While majority were right hand drive, some 300 or so units were left hand drive models. Records show that a few were produced and sold in the Philippines between 1967 and 1969 by Delta Motors Corporation. 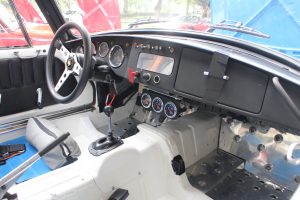 The Yota-Hachi featured here is owned by Mike Aguilar and his son Marti. Mike had the car restored to racing specifications, complete with roll bars, aluminum sports seats and period-correct equipment, to compete in local vintage car races and rallies. They upgraded the 12-inch steel rims to 13-inch magnesium alloy wheels for less weight and increased traction. The car was finished in time for the 2016 Tour de Cebu, where it bagged the championship. 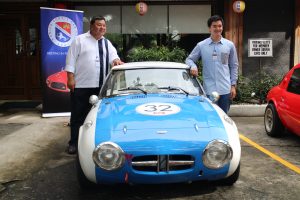 Yes, this cute and little Toyota Sports 800 is a giant killer, indeed. 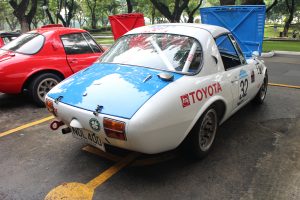