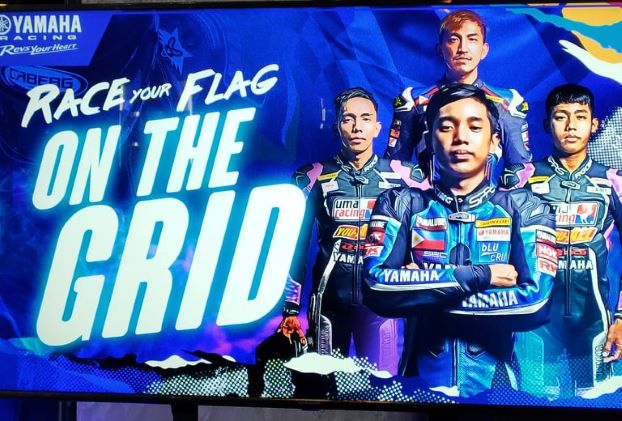 A day before the highly-anticipated and polarizing May 9th national elections, Yamaha Motor Philippines (YMPH) held a media watch party at the Brick & Mortar bar and restaurant in Bonifacio Global City (BGC) to view the first round of the FIM CEV Moto2 European Championship in Estoril, Portugal, where Filipino rider McKinley Kyle Paz will be competing under the Yamaha Philippines Stylobike Racing Team on board a Kalex race bike. 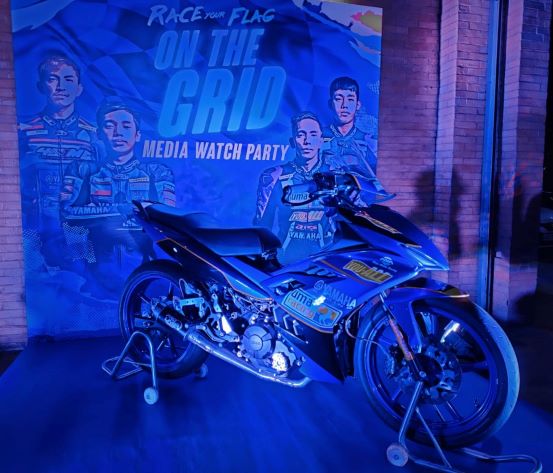 Kyle is the country’s current top bet as the first Filipino to participate in the international Motorcycle Grand Prix (MotoGP) races. After bringing home the Asian Road Race Championship (ARRC) championship trophy in 2019, YMPH threw their support behind the 20-year-old rider with the hopes that he can reach the pinnacle of world motorcycle racing. Yamaha Philippines Stylobike Racing Team Manager Tono Del Val observed that Kyle has improved tremendously and that he has high hopes for Kyle’s future in the sport. 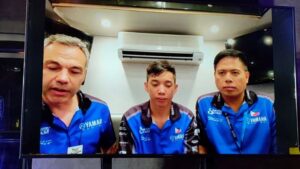 A delayed telecast of Round 1 of the Moto2 European Championship Race was shown on two large screens at the venue. Kyle made a mistake during the warm-up lap and got moved to the back of the grid as a penalty. Starting from 31st place (P31), Kyle was set to overtake other riders when the race was stopped in the first lap because of an accident involving MV Agusta rider Hector Garzo (#4). 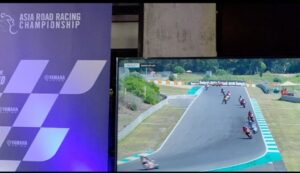 During the restart, Kyle immediately sped off from the starting line and moved up to P19 after first lap and got to P13 in the 4th lap. Kyle admitted that he got so aggressive in laps 5 and 6 that he fell back to P17 and P18, but then fought his way back, holding P15 from laps 7 to 9. The race was stopped two laps short because of another accident involving Kalex riders Piotr Biesiekirski (#74) and Xavier Cardelus (#18), while Kyle was at P14.

Racing for the Country

The DNF of the two riders pushed Kyle to P12 at the finish, with a top speed of 293.8 km/h. Kyle ranked 9th Place in the Best Sector Times with a best lap time of 1:42.137 against an ideal lap time of 1:41.900. “Kyle is definitely working harder, more focused, and improving a lot every race”, said Del Val during the post-race online interview with Kyle and YMPH Motorsports and Safety Promotion Head Jordan Cornista. Kyle greeted his mom, who was in the audience, a “Happy Mother’s Day” and dedicated his hard work and achievements to her. 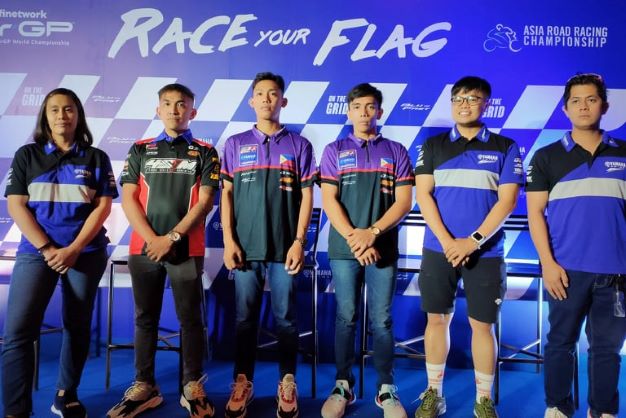 Afterwards, YMPH Marketing Operations Manager Toni Boi Acuesta and Marketing Communications Head Jenifer Sario-Perey presented the riders who will be competing in this year’s ARRC – April King Mascardo and Gian Carlo Mauricio of UMA Racing Team, and John Emerson Inguito of 4S1M Racing Team. After a cheerful and funny question-and-answer with the media, the three racers stated that their goal is to work hard, hopefully achieve what Kyle has done and keep the ARRC championship in Filipino hands. 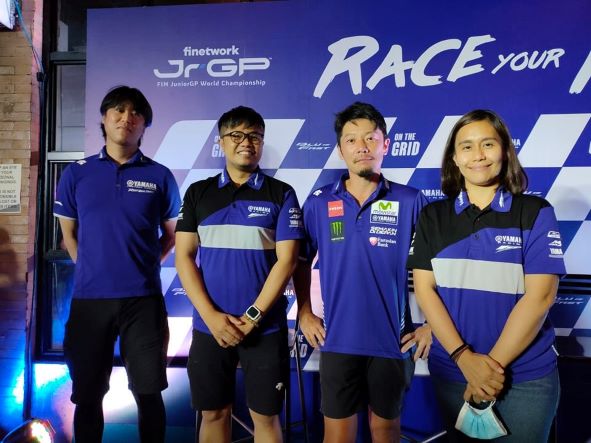 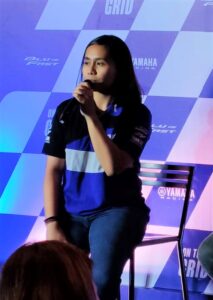 “Yamaha is currently the only motorcycle brand in the country with an active racing program”, said Perey. “Thru our ‘Race Your Flag’ campaign, YMPH will be conducting races to inspire young riders to ride safer, race only inside a safe venue like a track or a racing circuit, and hopefully develop their skills to race for their countrymen, raise the flag for the pride of the Philippines.”