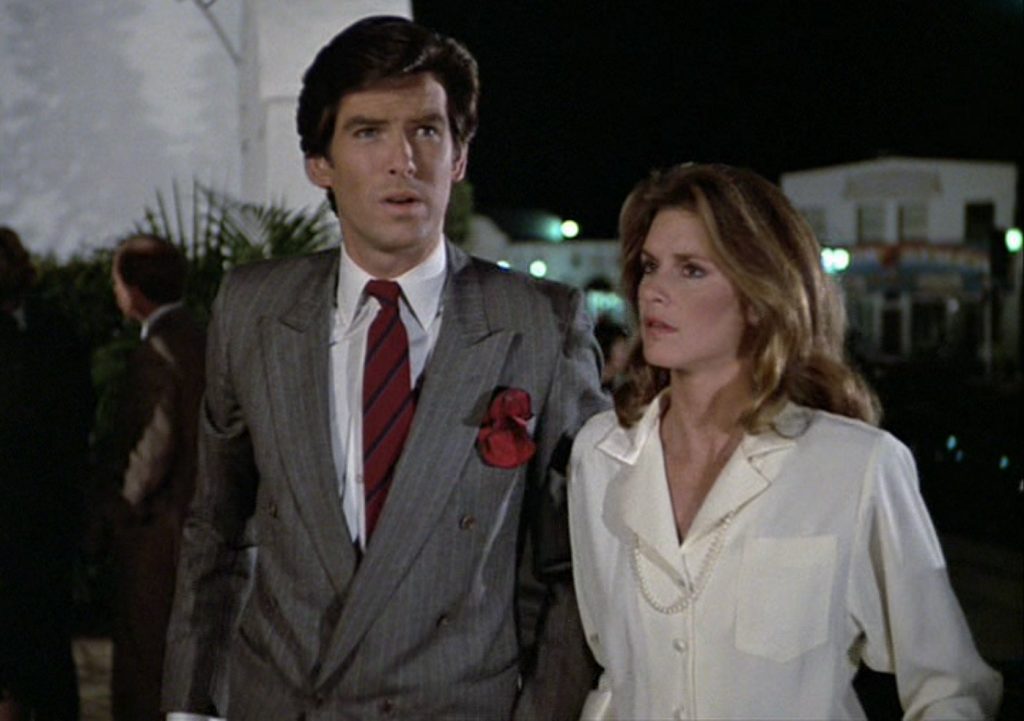 Before he played Bond – James Bond, British MI6 Agent 007 with a license to kill, from 1994 to 2004 – Pierce Brosnan played the role of Remington Steele, in an American crime drama television series that ran from October 10, 1982 until February 17, 1987. In the highly-popular TV series, he played a former thief and con artist whose real name was never revealed during the entire series and who assumed the identity of the fictitious owner of a detective agency, Remington Steele, after it was created by licensed private investigator and actual business owner, Laura Holt, played by Stephanie Zimbalist. 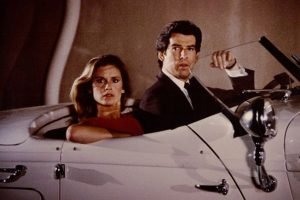 Before he drove around in his fancy spy car (either a BMW or an Aston Martin) as James Bond, Brosnan drove a classic sports car as Remington Steele. He tooled around the city solving cases in a 1935 Auburn 851 Supercharged Boattail Speedster, well, at least, Brosnan did in some scenes. For the running shots and the chase scenes, the studio used a fiberglass replica of the classic car. You see, back then, as it is now, Auburn 851 Speedsters are rare and worth a lot of money, thus to damage a real authentic speedster could ruin the TV show’s production costs.

The 851 Speedster was made by the Auburn Automobile Company of Auburn, Indiana, USA and was designed by Gordon Buehrig, who also designed another American classic car, the Cord Model 810. The Auburn automaker nearly closed down in 1924 during the Great Depression but was rescued by Errett Lobban Cord, who brought in James Crawford to design and develop a new range of cars. In 1925, they introduced the Eight-In-Line, Auburn’s first 8-cylinder automobile, which was renamed 8-88 in 1926, after the displacement of the side-valve 8-cylinder Lycoming engine was increased from 4.5 liters to 4.8 liters and made 68 bhp. In 1927, the engine was modified to develop 115 bhp and a new model, the Auburn 115 Boattail Speedster, was introduced. 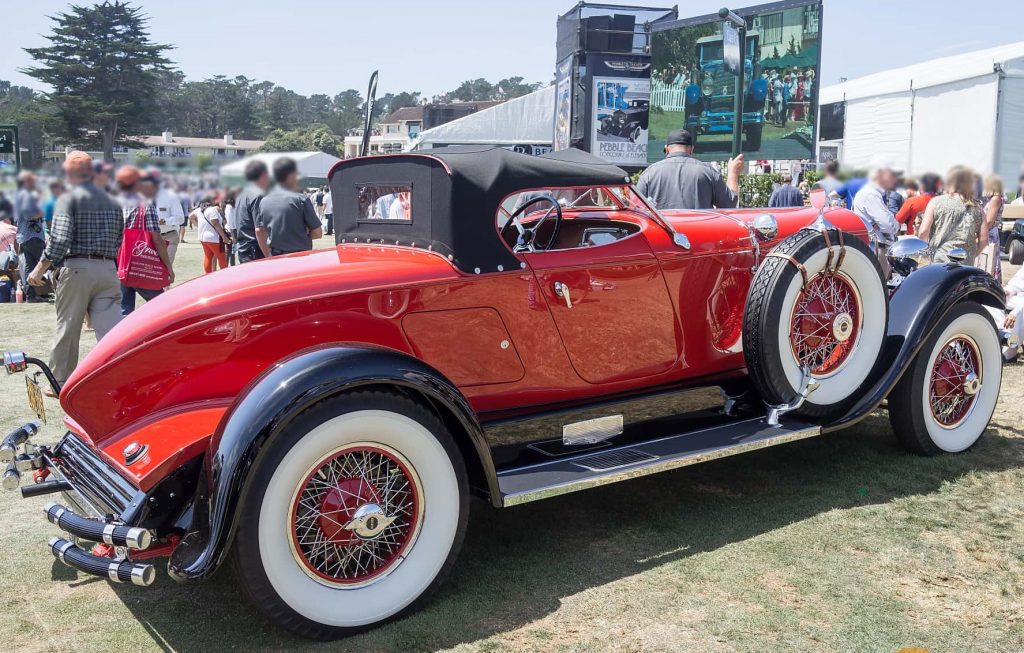 The 115 Boattail Speedster featured semi-elliptic springs all round, mechanical brakes, a 3-speed gearbox, and an open two-seat roadster body styled by Count Alexis de Sakhnoffsky that featured a boat-tail rear end  and a vee-shaped windscreen. In 1930, Aububrn worked on the Lycoming 8-cylinder to produce 125 bhp and placed the more powerful engine in a slightly revised body that was introduced as the Auburn 125 Boattail Speedster. The 125 bhp engine pushed the car to a top speed of 100 mph (160 km/h), which was considered very fast during that era. 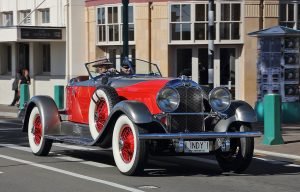 In 1934, Auburn came out with what would be their final production model – the Auburn 851 Boattail Speedster – for the 1935 model year. Gordon Buehrig penned a masterly designed bodywork for the new model that featured ingenious construction and cost-effective build and assembly. The 851 continued the vee-shaped windscreen and boat-tail rear end styling of the 115 and 125 but was endowed with sweeping body lines that made it look fast while standing still, something that complemented the fast-paced playboy lifestyle of the Remington Steele character. 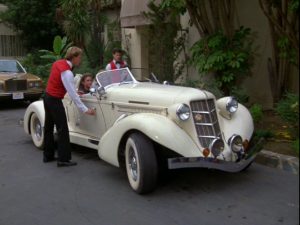 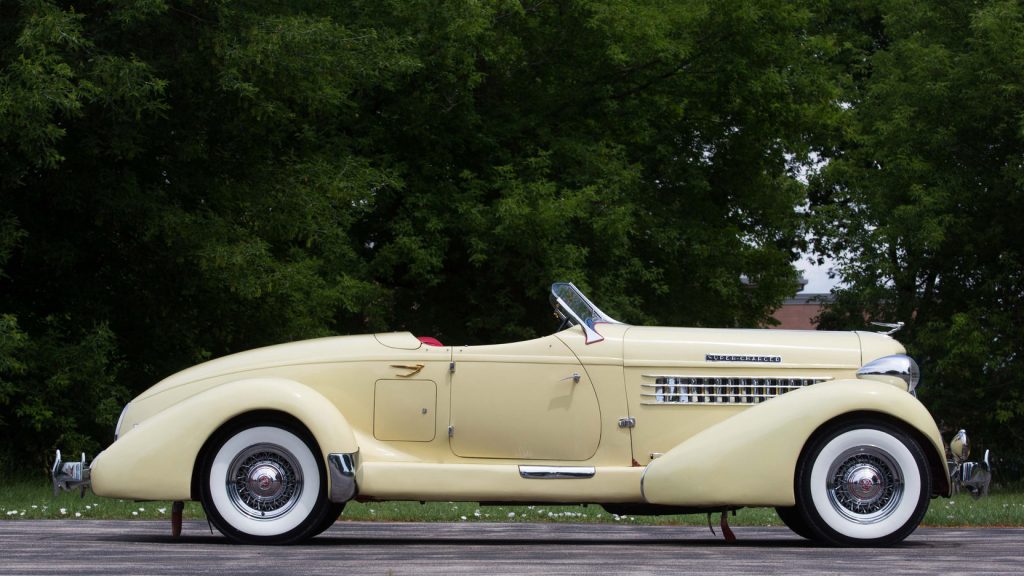 Under the hood was a 4.5-liter flat-head side-valve 8-cylinder with an aluminum alloy cylinder head that produced 150 bhp at 4,000 rpm with a Schweitzer-Cummins centrifugal supercharger. A 3-speed synchromesh manual transmission transferred power from the engine to the Columbia dual-ratio rear axle, which was controlled by a lever mounted at the center of the steering wheel that changes the final drive ratio from a fast 4.5:1 (engaged, to provide rapid acceleration) to a more leisurely 3.0:1 (disengaged, to provide higher top speeds). The 3-speed gearbox and the dual ratio axle combined to make it a 6-speed transmission. 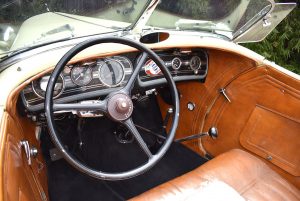 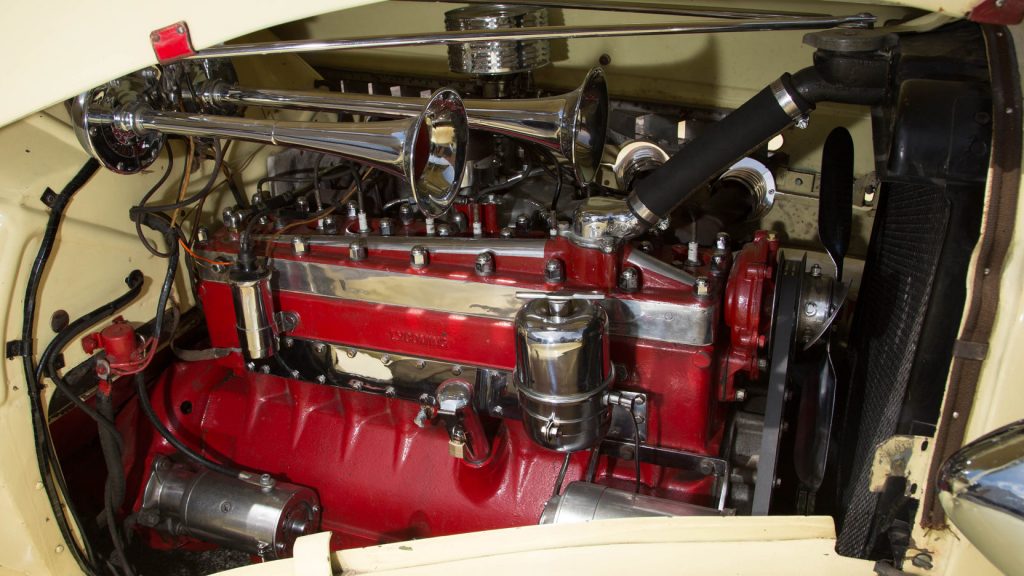 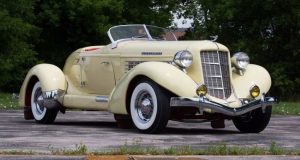 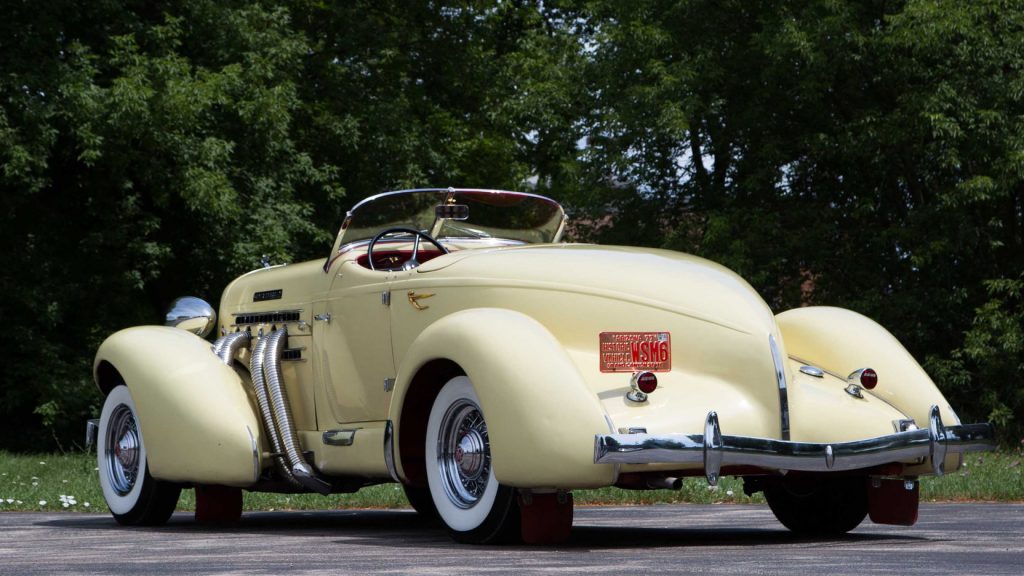 With a retail price of around $2,245, Auburn lost money on each 1935 851 Speedster they sold. In 1936, Auburn hoped to change their fortunes and introduced the 852, which was identical to the 851 Speedster with the exception of the “852” emblem on its radiator grille. Unfortunately, their efforts were not enough and the Auburn Automobile Company ceased production in 1937. The Speedster’s iconic “boattail” design would be replicated by notable designers such as General Motor’s William L. Mitchel a few decades later with the 1963–1967 Chevrolet Corvette Stingray and the 1971–1973 Buick Riviera while the 851 Speedster would be relaunched into stardom through the Remington Steele TV series around 50 years after the Auburn company’s demise. 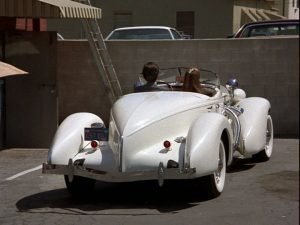 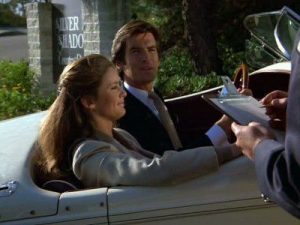 During 5-year run of the popular TV series from 1982 to 1987, the price of authentic pristine Auburn 851 Speedsters was pegged between $100,000 to $125,000. Depending on the condition and provenance of the vehicle, the value of these highly collectible American classic speedsters is currently placed between $500,000 to $800,000. We could only hope that Remington Steele, or whoever he really was, kept his 1935 Auburn 851 Boattail Speedster in mint, pristine condition. For the rest of us who fancy such a beautiful voluptuous American classic but cannot afford the price of admission, perhaps we can settle for a replica. 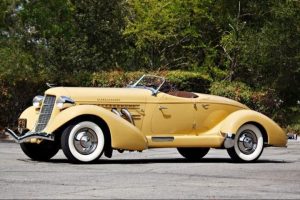