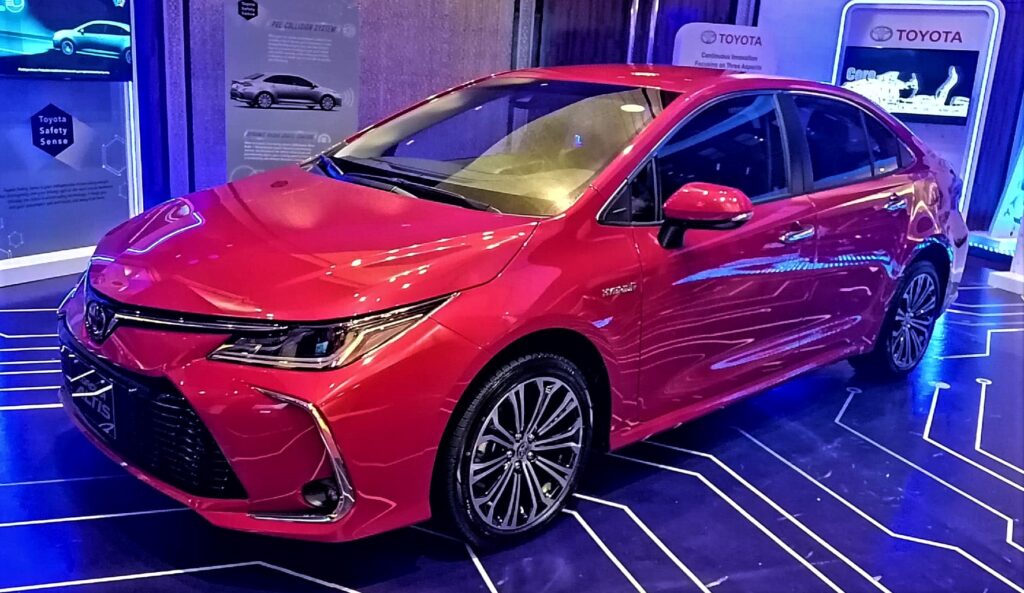 Toyota Motor Philippines Corporation (TMP) recently announced a proud and magnificent milestone wherein the Toyota Corolla achieved accumulated global sales of 50 million units in the past 55 years. Introduced in 1966 as a subcompact 5-passenger sedan, the 1st-generation Corolla doubled its annual production from 480,000 to 1,100,000 vehicles in just two years and became the catalyst for mass car ownership in Japan, and eventually, the rest of Asia. Now in its 12th generation, the Corolla is Toyota’s most recognized model and one of the world’s top-selling cars. 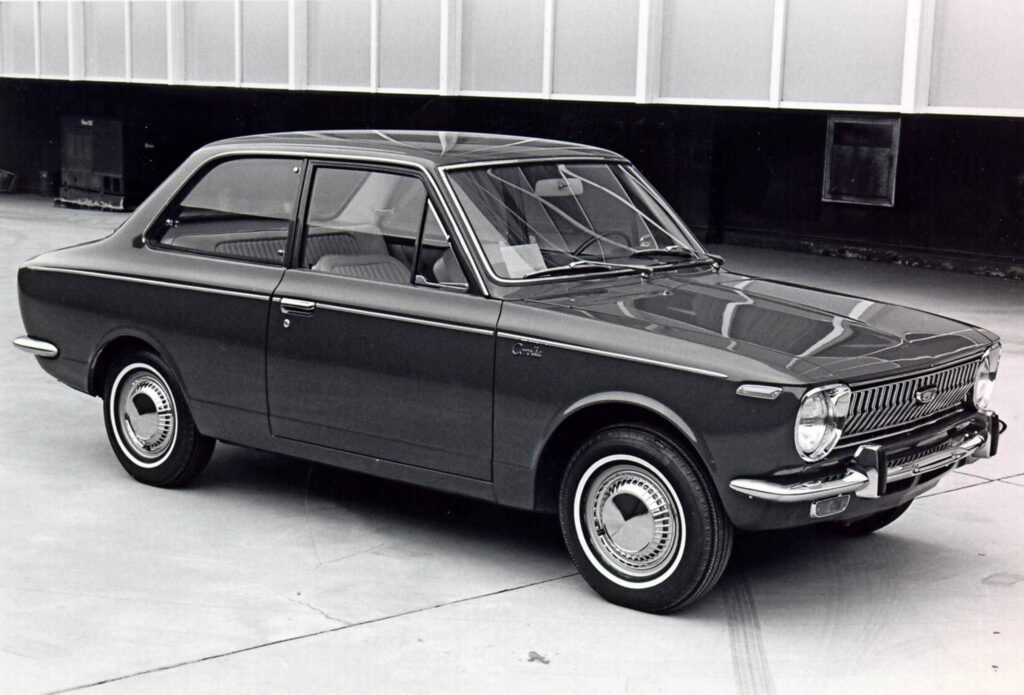 The Corolla is the 4th overachieving car nameplate in history to serve as the catalyst for mass transportation initially in its country of origin before spreading around the region and the world. The Ford Model T, which sold 16.5 million units in 19 years (1908-1927), is generally regarded as the first affordable automobile, which made motoring available to most Americans. The Fiat 124-based Avtovaz Lada put Russia and most of Eastern Europe on wheels with over 20 million units sold in 42 years (1970-2012) while the Volkswagen Beetle provided global mass transportation with more than 21.5 million units sold in 65 years (1938-2003). 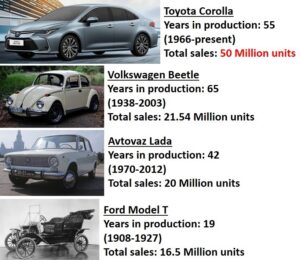 The Beetle holds the record for the longest-running and most-manufactured car of a single platform ever made. From the first 1938 Type 1 Käfer designed by Ferdinand Porsche that rolled out of the factory in Germany to the last 2003 Ultima Edicion (Final Edition) model to roll out of the factory in Mexico, the Beetle was made with the same 2,400-millimeter wheelbase and rear-engine/rear-wheel-drive configuration, either in 2-door sedan or convertible body styles. Moreover, all 21,529,464 units were made with an air-cooled flat-four “Boxer” engine mounted behind a transaxle. 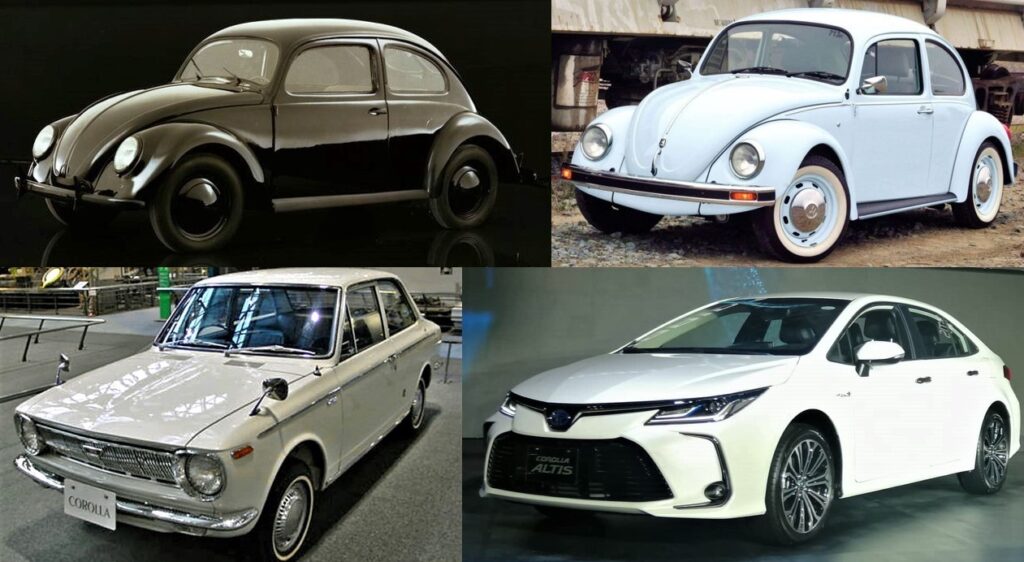 On the other hand, the Corolla holds the record for the continuously-running and most-manufactured car of a single nameplate made to date. Toyota applies the Corolla brand name across a range of vehicles and retains it for marketing purposes even as the basic platform changed from the front-engine/rear-wheel-drive (RWD) subcompact sedan with a 2,286 mm wheelbase in 1966 to the current front-engine/front-wheel-drive (FWD) compact sedan with a 2,600 mm wheelbase. However, the evolution of the Corolla is quite a story in itself. 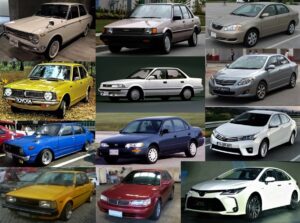 Introduced in November 1966, Toyota named its first generation line of subcompact cars as the “Corolla”, which in Latin means “small crown” after their popular Toyota Crown full-size sedan. Tatsuo Hasegawa, who was then the Chief Engineer of Toyota Motor Corporation of Japan, was adamant that the Corolla must encompass features that bring happiness and well-being to people around the world. 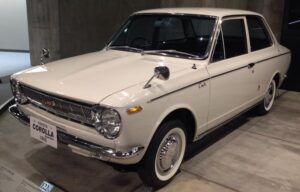 Toyota gave the new chassis an “E” designation, thus the 1966-1970 model is internally known as the E10. Equipped with the new 1,100cc K-series pushrod 4-cylinder engine, car enthusiasts often refer to the early Corollas as the “KE” models. A fastback version, known as the Corolla Sprinter, was introduced in 1968 and was sold exclusive at the Toyota Auto Store, a dealership retail outlet of the Japanese carmaker. 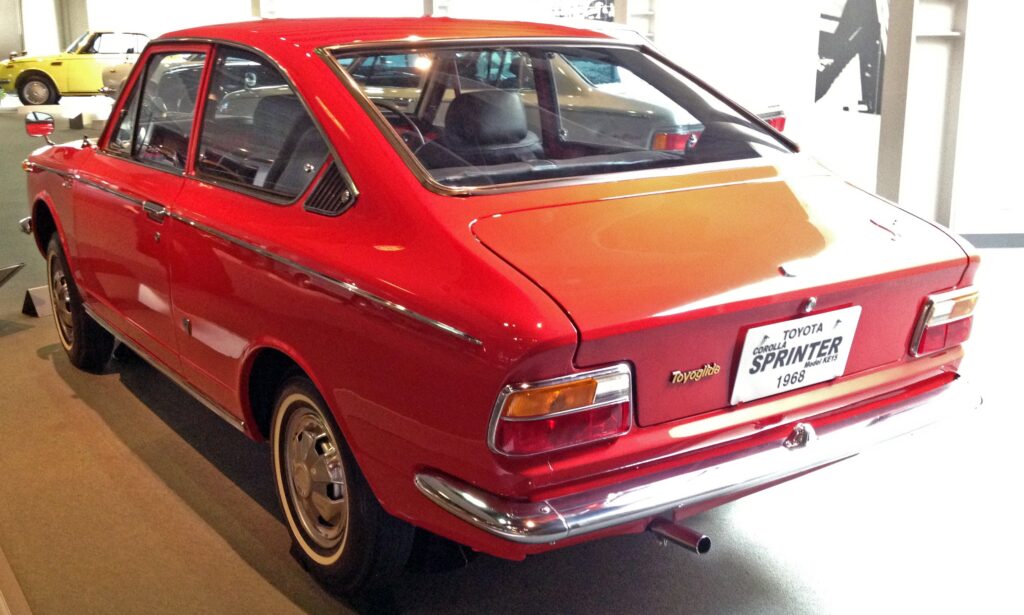 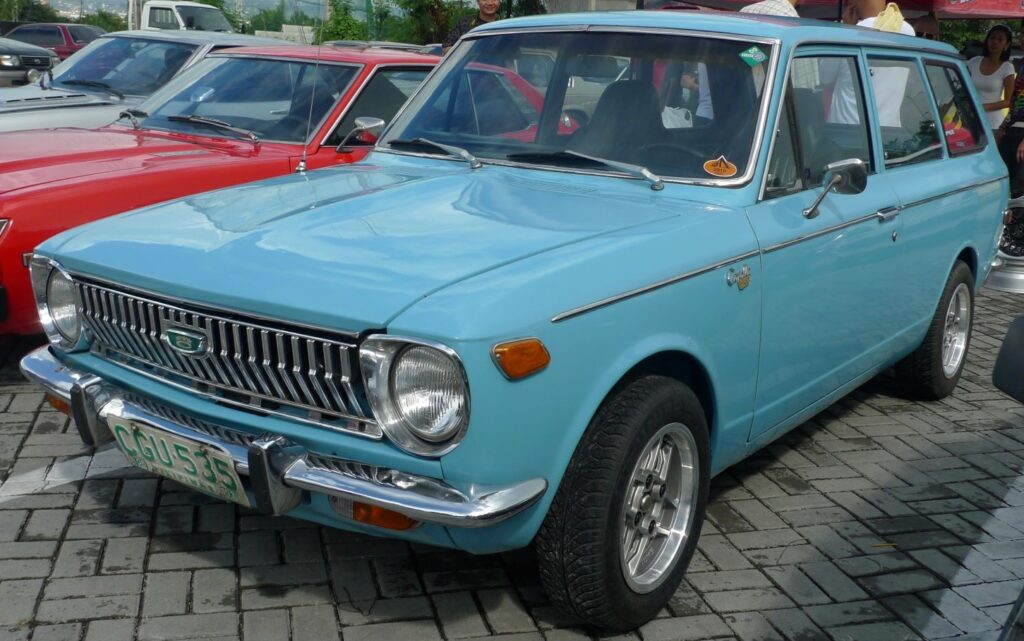 In May 1970, Toyota introduced the second generation Corolla (E20) with a more rounded body and more engine choices. The Corolla sedan and Sprinter fastback were equipped with the 1.2-liter 3K engines while the sportier Corolla Levin and Sprinter Trueno variants were introduced in March 1972 with double overhead camshaft (DOHC) 1.6-liter 2T engines, creating the “TE” series, which are now highly sought after by car collectors. 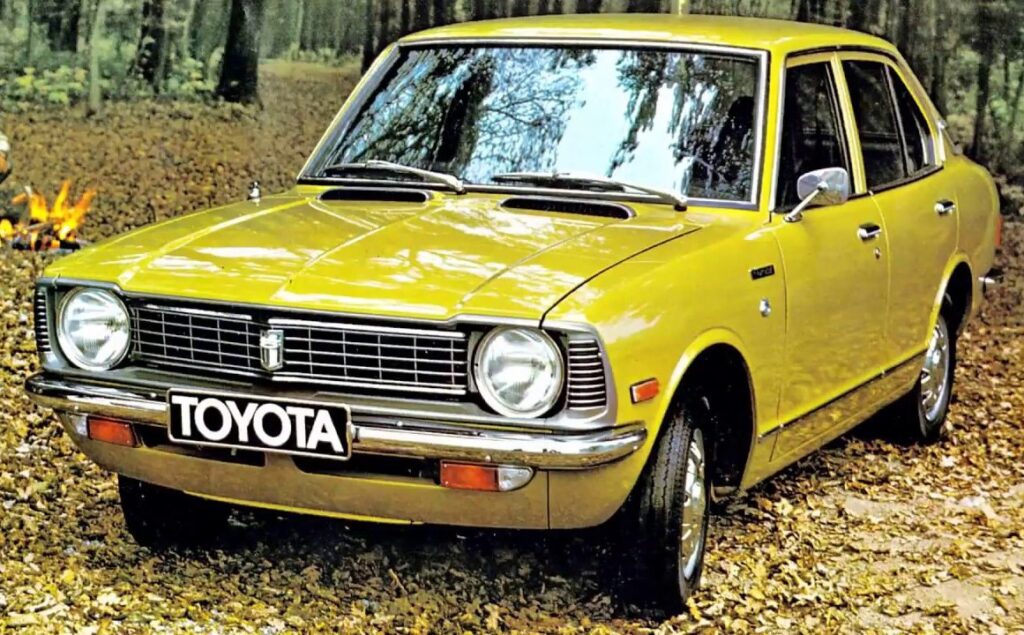 Aside from the sedan and fastback versions, the Corolla was also available as a wagon or panel van, which became popular in Australia. The E20 had single system hydraulic brakes with no booster working on solid front discs and rear drums while front sway bars helped improve handling. E20 production officially stopped in July 1974 but the wagon and van continued to be marketed in Japan until production finally ended in May 1978.

In April 1974, Toyota launched the third generation Corolla with rounder, bigger and heavier models and the addition of a two-door liftback variant. 1974-1975 Corollas and Sprinters were designated E30 and E40 respectively while 1976-1979 models were designated E50 (Corolla) and E60 (Sprinter). To improve occupant safety and comfort, Toyota started fitting retracting front seat belts with the E30 series. 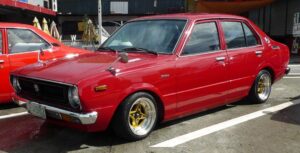 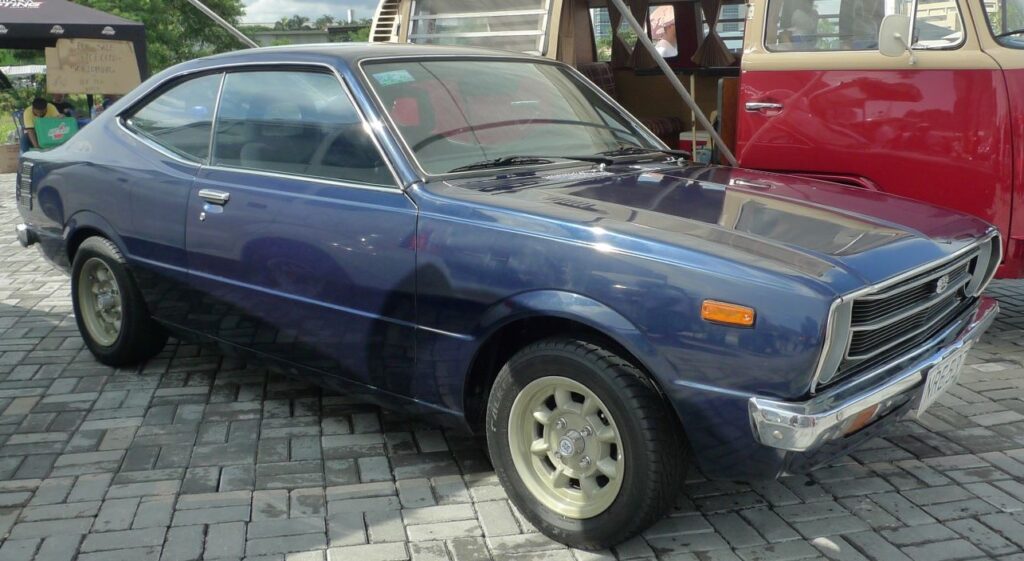 The series’ 2-door coupe with true pillar-less design (KE35 and KE55) with a 4K engine was more well-known as the Corolla SR and became quite popular in the Philippines. The KE30 and KE50 4-door sedans became the choice model of the local taxicab companies and police fleets. In other countries, the Corolla was also offered as a 2-door panel van (KE36) and 4-door wagon (KE38). Toyota added side impact protection in the doors of the KE55 and included a rear sway bar for the first time. 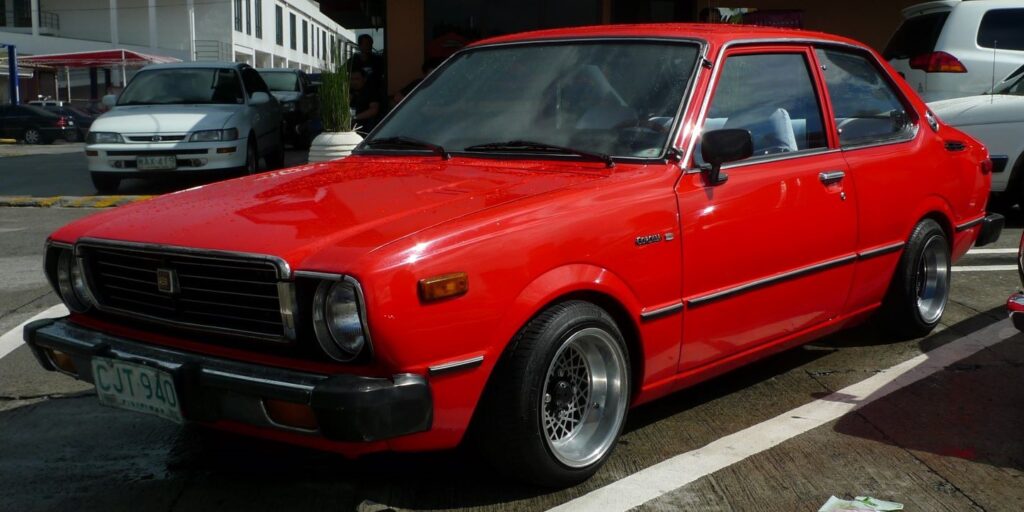 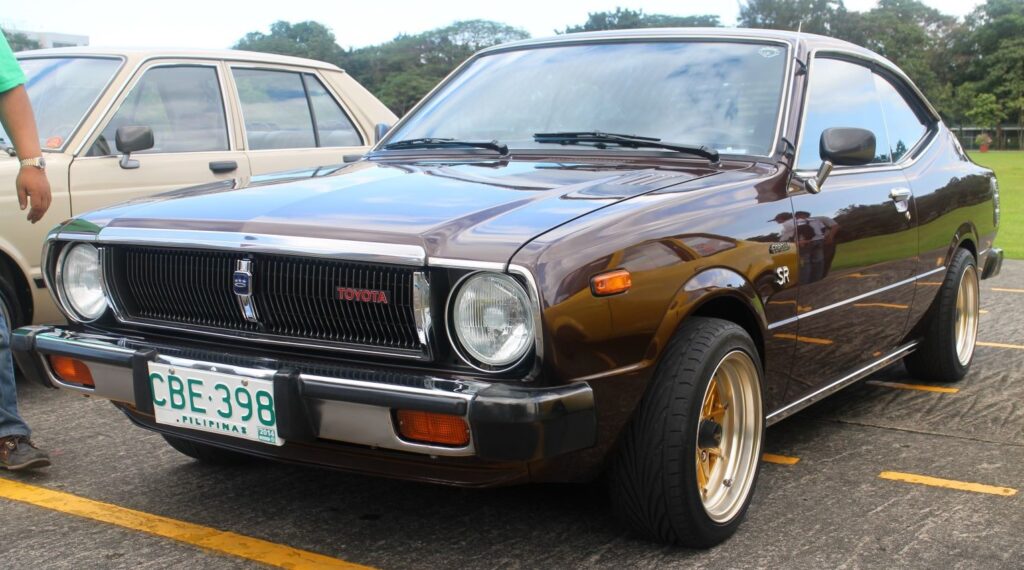 In March 1979, the Corolla E70 underwent a major restyle with a modern square-edged design. The treatment of the grill, headlights and taillights of the Corolla was simpler than the slightly more complex, sculptured treatment of the Sprinter. The 4-door sedan was more popularly known in the country as the Corolla DX while the 2-door was known as the Corolla Liftback. These models were the last ones to use the K-series and T-series engines and were also the last Corollas to be produced by Delta Motor Corporation after Toyota left the Philippines in 1983. 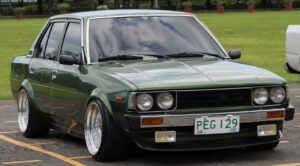 The political instability after the Aquino Assassination in 1983 kept the Corolla E80 from being marketed here in the Philippines. Introduced in May 1983, the E80 4-door sedan and liftback featured a sloping hood and a contemporary body style with front-wheel drive. A 1.8-liter 1C diesel engine was added to the A-series engine range, which started the Corolla “AE” models. However, the Sprinter Trueno (AE85 and AE86), which still sported the rear-wheel drive layout, became iconic as a drift car, especially with Initial D anime and TV series. An all-original AE86 is now one of the most sought-after and highly-collectible models in Corolla series. 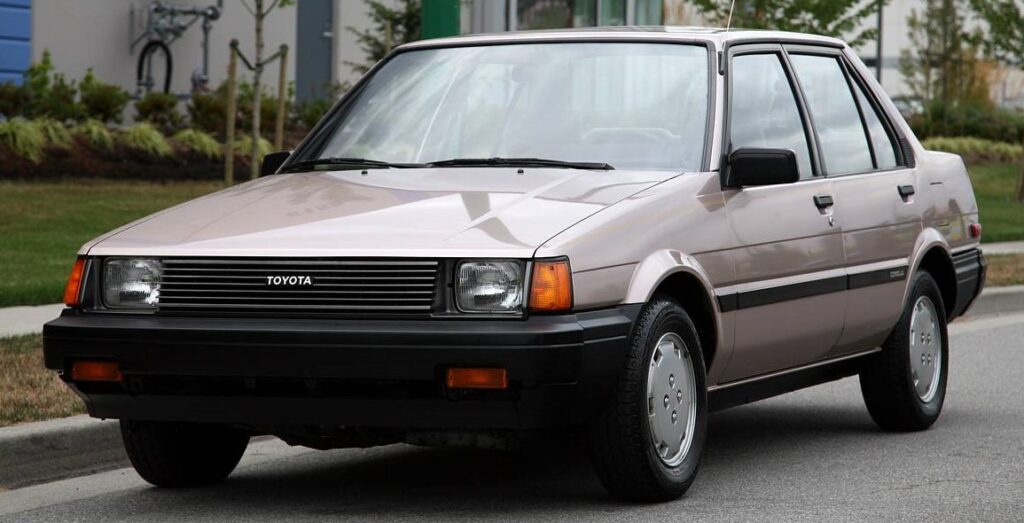 With the reentry of Toyota into the Philippine market in 1988 as TMP came the sixth generation Corolla E90, which was introduced globally in May 1987. The front-drive E90 featured a more aerodynamic body and more refined feel than older Corollas and other contemporary subcompacts. Car-hungry Filipinos couldn’t get enough of the E90, which came with either the 1.3-liter 2E or the 1.6-liter DOHC 16V 4A-GE. During its peak in 1989 and 1990, it was called as the “Corolla 16-valve” because of its engine but nowadays, it is more popularly known as the “Small Body” Corolla. 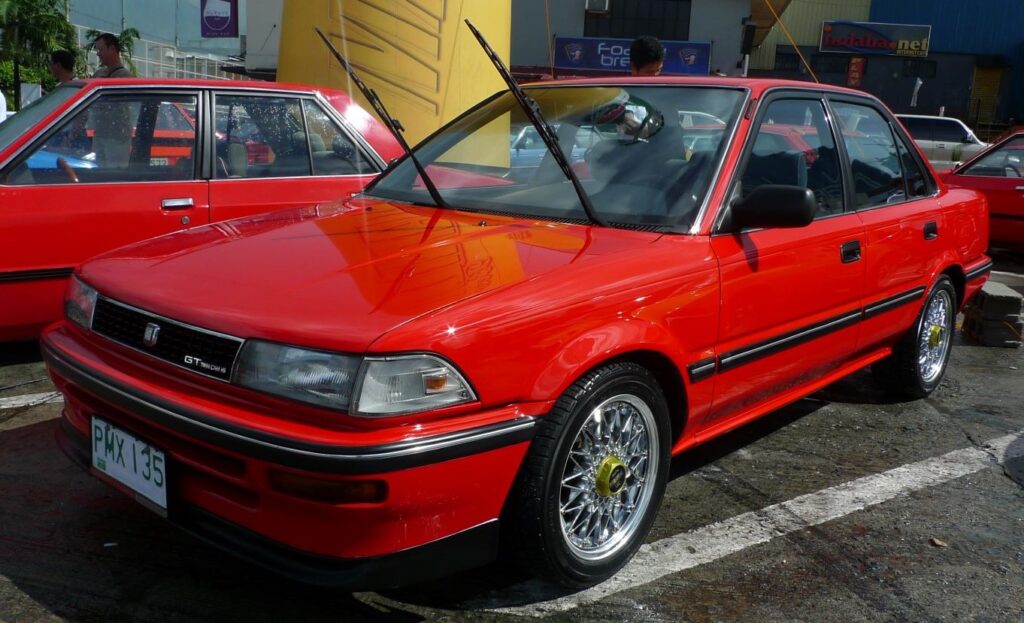 In June 1991, Toyota endowed the Corolla E100 with a larger, heavier, and rounded shape that elevated it from the subcompact to the compact car category. Carburetors gave way to electronic fuel injection (EFI) to further improve fuel efficiency, performance and cleaner emissions. Launched in the Philippines in 1993, the 7th-gen model, which offered more interior room and comfort, saw increased use as taxis and police cars, especially with the 1.3-liter model. The E100 is now more known among Toyota enthusiasts as the “Big Body” Corolla.

In May 1995, production of the Corolla E110 started with a new slightly altered design that retained a similar look to the previous generation. The North American and European versions were introduced later on with their own unique front and rear styling. In 1998, Toyota equipped the E110 with the lighter, all-aluminum 1ZZ-FE engine to further improve weight distribution, performance and fuel efficiency. Here in the Philippines, it became colloquially known as the “Love Life” Corolla because of the ad campaign for this model. 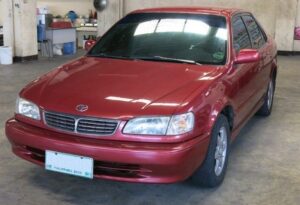 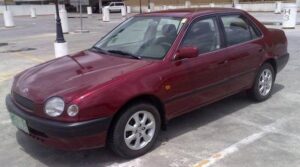 In August 2000, Toyota unveiled the ninth-generation Corolla E120 with edgier styling and more technology to bring the nameplate into the 21st century. In the middle of 2001, Toyota released the Corolla Altis (E130), which looked slightly longer, wider and refreshed than the E120, which continued to sell in separate markets to the E130. E120 production in Japan ended in January 2007 while E130 production in North America ended in October 2007. This generation was produced in China as the Corolla EX until February 2017. 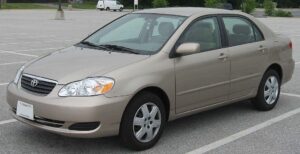 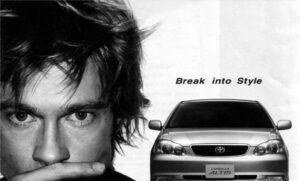 In October 2006, the Corolla E140 was introduced in Japanese markets as the Corolla Axio sedan and Corolla Fielder station wagon while Australasia markets sold the Toyota Auris as the Corolla Hatchback along with E140 sedan. A wider version, the Corolla Altis E150 came with different styling and was sold in Southeast Asia (including the Philippines), Pakistan, India and Taiwan. Toyota of South Africa continued to produce the E140 from June 2014 until 2020 as the entry-level Corolla Quest. 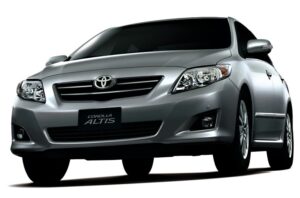 In May 2012, the eleventh generation Corolla E160 went on sale in Japan as the Corolla Axio sedan and Corolla Fielder wagon. Manufactured by a Toyota subsidiary, Central Motors, located in the Miyagi prefecture in Japan, the E160 was slightly smaller and was easier to drive in narrow alleys and parking lots for the targeted elderly drivers. A hybrid E160 was unveiled in August 2013. The larger and substantially different Corolla Altis E170 debuted in the latter part of 2013 for the US, Australasia, Southeast Asian and other markets while the E180 went on sale in Europe and South Africa in 2014.

In November 2018, Toyota unveiled the sedan variation of the Corolla E210 simultaneously in Carmel-by-the-Sea, California, U.S.A. and at the 2018 Guangzhou International Motor Show in China. The current model in various guises is sold as the Prestige in China, Europe and other countries (with a front design similar to the XV70 Camry), as the Sporty in North America, Japan, Australia and other countries, as the Levin in China, and as the Corolla Altis in Taiwan and Southeast Asia, including the Philippines. TMP introduced the Corolla Altis Hybrid during the E210 launch in 2019 followed by the Corolla Cross crossover/mini-SUV a year after. 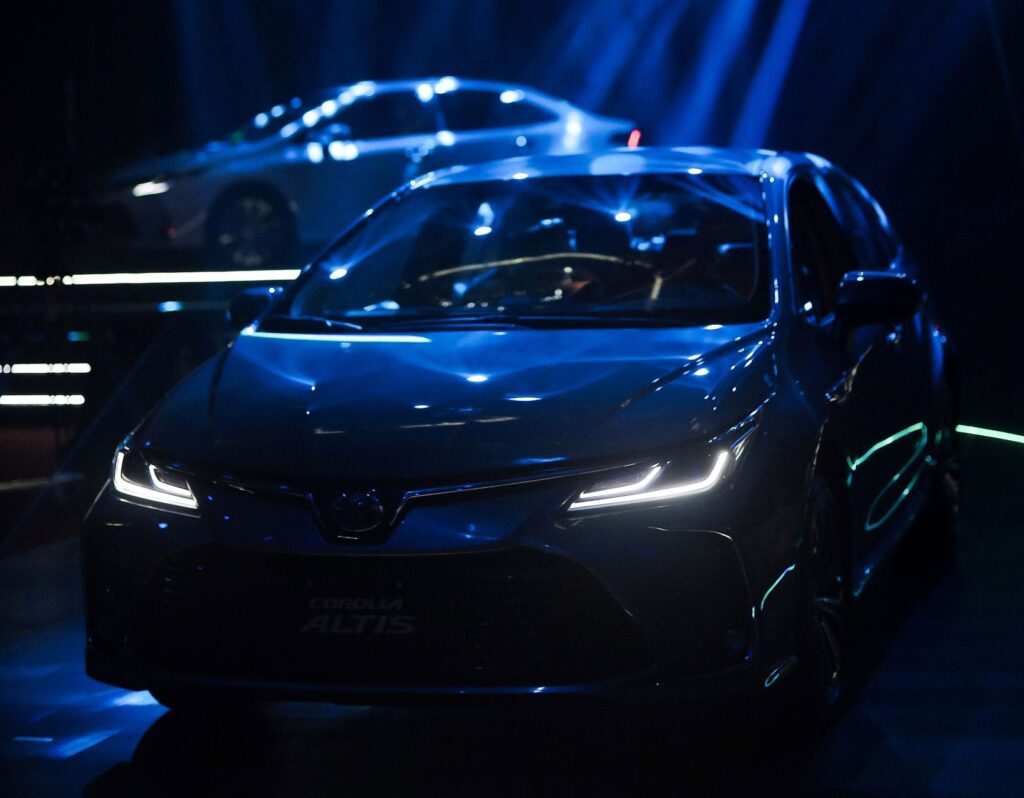 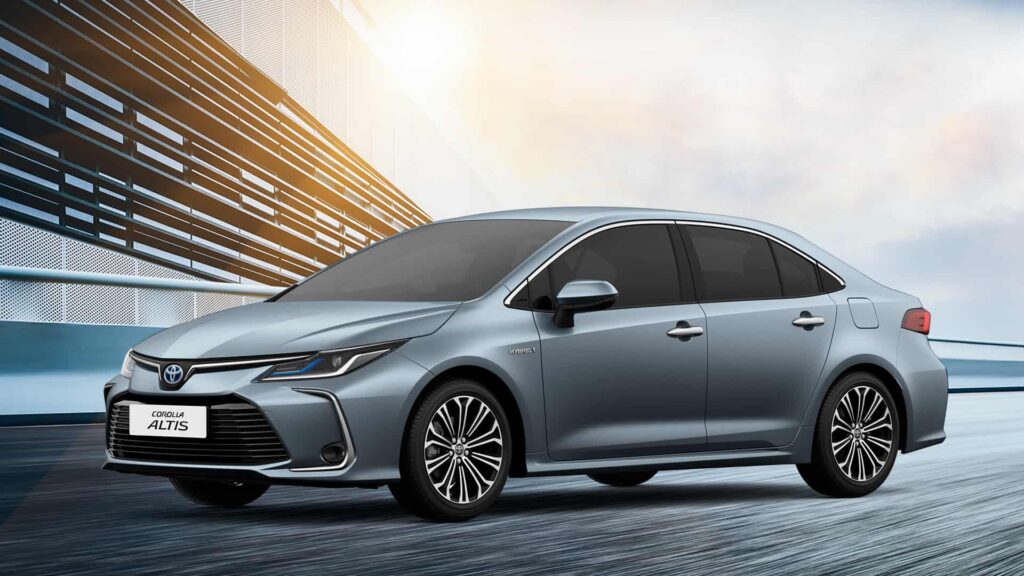 … with an available Hybrid variant.

From a simple subcompact car with a small gasoline engine to a futuristic compact car with hybrid technology, the Toyota Corolla evolved through twelve generations in 55 years, with each generation offering more advanced features than the previous one. From promoting mass mobilization to promoting responsible stewardship of the environment, Toyota still continues to hold fast to the philosophy of “encompassing features of the Corolla that bring happiness and well-being to people around the world”. Kudos to Toyota! Here’s to the next 50 million Corollas in the next 55 years! Cheers! 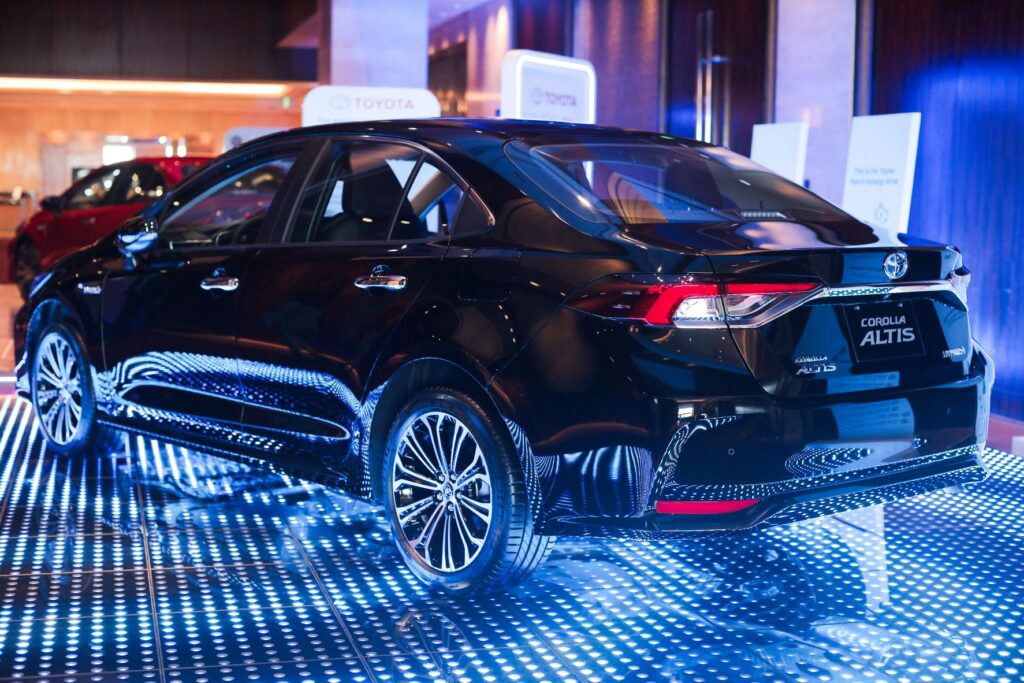