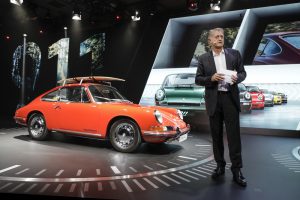 Standing in front of a first Porsche 911 model – the 901 – and a video wall showing the seven 911 generations, Oliver Blume, Porsche AG’s Chief Executive Officer (CEO) declared during the launch of the 8th generation Porsche 911 at the L.A. Auto Show held at the Petree Hall in Los Angeles, California, “The new 911 is just what it has always been – a pure sports car and the pulsing heart of Porsche: our icon.” Blume knows exactly of the icon he speaks of. 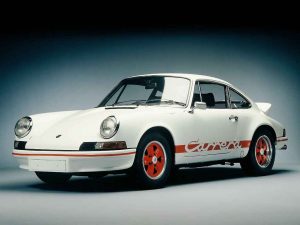 Porsche launched its new sports car at the International Motor Show Germany (IAA) in Frankfurt on September 12, 1963. Introduced as the 901, Porsche was compelled to change the model name to 911 to avoid a potential lawsuit from the French automaker, Peugeot. Replacing the much-loved Porsche 356, the 911 was larger, more practical, and was equipped with an air-cooled 130hp 2.0-liter 6-cylinder boxer engine. Engine sizes and power outputs increased over the next decade, culminating in perhaps the most coveted of all early 911s, the 210bhp 2.7 Carrera RS. Porsche built 111,995 first-generation 911s from 1963 to 1973. 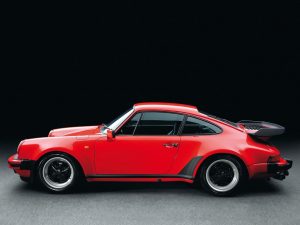 The second-generation 911 debuted in 1973 equipped with fundamental changes. Many of these changes were necessary because of the stricter safety specifications in America, which is an important export market for Porsche. The most significant innovation was the introduction of turbochargers, which provided the 1975 Porsche 911 Turbo with 260bhp and a “bad boy” reputation. Aside from powerful turbo engines, Porsche started using galvanized bodies and launched desirable variants like the Cabriolet, Speedster, alongside the Targa. 198,496 Porsche 911 Type 930/G-Series models were built from 1973 to 1989. 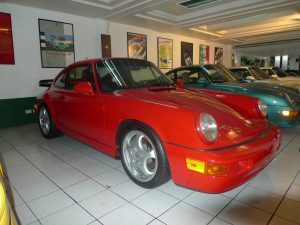 Type 964, as the third-generation 911 was internally known, came to market in 1988. It was said to be 85% new even though it looked like the previous 911, save for some styling differences. The 964 featured advanced technology like all-wheel-drive (AWD) in the Carrera 4 while power steering, ABS anti-lock brakes, and airbags became standard in all models. The rear-wheel-drive 911 Carrera 2 debuted in 1989 along with the Coupé, the Cabriolet and Targa variants. The Tiptronic 4-speed automatic transmission also debuted in the 964. From 1988 to October 1993, Zuffenhausen made 63,762 Porsche 964s. 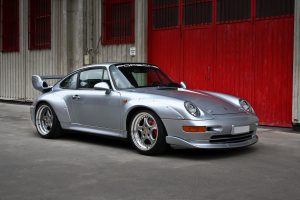 The 993 is regarded by many Porschephiles as the prettiest and the best air-cooled 911. It is also the last 911 with an air-cooled engine and has since become increasingly collectible. Porsche initially offered the Coupé and Cabriolet models but debuts the Targa in 1995 with a new concept: instead of a removable hardtop, it has a glass roof that slides under the rear window. The 993 also ushered in the factory hot rod, the GT2 that eventually became a stand-alone model. The production of the 993 ended in 1998 with a total of 68,881 units made. 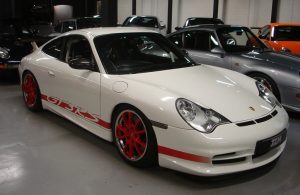 The introduction of the water-cooled 996 in 1998 represented the biggest departure in the Porsche 911’s family tree. The company was in a bad financial state and it needed to keep its 34-year-old icon relevant. They focused on updating safety and emissions specifications, and on reducing production costs including sharing parts with the new Boxster. The 996 got a facelift in 2001 and improved with the introduction of a glass-roofed Targa, the 314 km/h turbocharged rear-wheel-drive GT2, and the race-dominating GT3. Despite the harsh criticism, the 996 marked the exponential growth in 911 variants and sales with 175,262 units sold during its six-year production run. 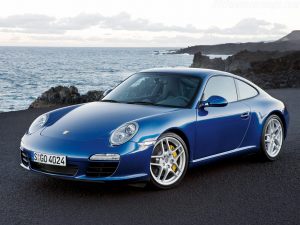 Round headlights announced the arrival of the sixth generation 911 in 2004. The 997’s shape was almost the same as the 996 but it is more multifaceted than ever: It’s available as a Coupé or Targa, Cabriolet or Speedster, rear- or all-wheel-drive, narrow or widened bodywork, with water-cooled normally aspirated or turbo engines, a GTS or the GT2, GT2 RS or GT3 sport versions, or either of two GT3 RS models. The Tiptronic transmission was replaced with PDK twin-clutch gearboxes with paddle-shifters for improved efficiency and performance. Including special models, there were 24 model variants and a wide range of personalization options. With a production of 213,004 units, the 997 hits a production record again. 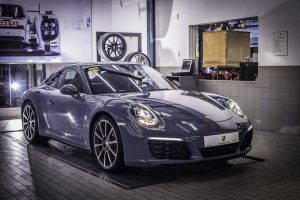 Introduced in 2011, the 991 embodied the highest development stage of the Porsche 911. With its evolved design, it reflects Porsche’s drive for the best possible efficiency. A more compact silhouette, tension-charged surfaces, and precisely defined details meant the 991 looks more powerful than any other previous 911, which is heightened by the wider track and the extended wheelbase, adopting proprietary technology from the 918 Spyder Hybrid. The 991 introduced amazingly GT character in the regular Carrera models, reintroduced the Targa model and its complicated folding top, and unleashed a new level of power and handling with the outrageous GT3 RS. It is the absolute best seller in the history of the 911 with 217,930 units built until October 31, 2018. 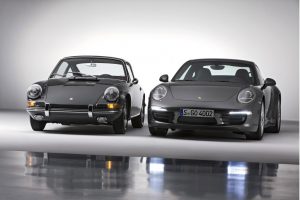 The exterior design of the 8th-generation Porsche 911 is familiar and yet unmistakably new. Compared to the 991 on the left, the new 911 on the right looks wider, more assertive, and more advanced. Wider wings arch over the large 20-inch wheels at the front and 21-inch wheels at the rear.

The new Porsche 911 rear-wheel-drive models now match the bodywork width of the existing all-wheel models. The front end of all 8th generation models are 45 mm wider and revives a traditional feature of earlier 911 generations – a forward-extended hood with a distinctive recess in front of the windshield. These design elements lengthen the front of the vehicle and give it a dynamic look.

The newly developed LED headlights with the Matrix System illustrate how technology has advanced in the new 911. These round and upright headlights are integrated into the wings almost seamlessly.

Flush integration of the electrical pop-out door handles emphasizes the tapered and smooth side contour and improved aerodynamics. The exterior mirrors have also been redesigned, and are now optimized to minimize wind noise. The side mirrors now fold in electronically.

The rear body of the new Porsche 911 is 44 mm wider to accommodate the aggressive wheels and provide a sportier countenance. The rear of all models is dominated by the significantly wider, variable-position spoiler and the seamless, elegant light bar. The license plate is positioned lower on the same horizontal plane as the exhaust pipes. Exhaust vents at the rear fenders are both functional and sporty.

The vertical air intake louvers of the new 911 on the right echo the contours of the rear window. The centrally located third brake light has also been integrated in the intake louvers. Since this is hidden when the rear spoiler is extended, there is a second brake light in the spoiler itself. As a distinguishing feature, the rear-wheel-drive models have black louvers, while the all-wheel-drive models have chrome elements in the rear grille.

The rear fascia of the new Porsche 911 (right) is a modern take on the older generation’s rear treatment with the light bar acting as a continuity in the center connecting the tail lamps as a single element. It leaves a modern brutish impression that makes the new model look traditional yet updated.

Inspired by the 911 models from the ‘70s, the interior of the new Porsche 911 is distinctive, with clear, straight lines and recessed instruments defining the dashboard. As in the original 911, the new dash covers the entire width between the A-pillars while a control panel with five buttons provide the look of classic toggle switches and transitions to the center console with touchpad. The new ergonomic seats are lighter by around 3 kgs, feature adapted geometry for better lateral support in the shoulder area, and offer improved overall seating comfort.

The driver faces a similar yet improved 3-spoke thickly-padded steering wheel and a new instrument panel with a centrally-positioned tachometer, two frameless freeform displays and a new 10.9-inch Porsche Communication Management (PCM) center screen that can be operated quickly without causing any distraction. And yes, that is a cup holder in the center console!

The performance of the turbocharged flat-six boxer engines of the new 911 are enhanced by new, larger turbochargers with symmetrical layout and electrically controlled waste gate valves, a completely redesigned charge air cooling system, and piezo injectors. Power is increased to 331 kW (450 PS) at 6,500 rpm while torque is increased to 500 Nm from 2,300 to 5,000 rpm in the new 911 Carrera (530 Nm in the Carrera S). Fuel mileage is estimated at 11.23 km/liter for the Carrera S with CO2 emissions at 205 g/km while for the Carrera 4S, the fuel consumption is pegged at 11.11 km/liter with CO2 emissions at 206 g/km. 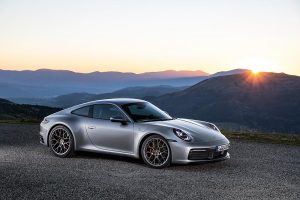 Power is delivered by a new 8-speed dual-clutch transmission. Top speeds are 308 km/h for the Carrera S and 306 km/h for the Carrera 4S. Additional highlights include Porsche Wet mode to make driving on wet roads even safer and, Night Vision Assist with thermal imaging camera. Unmistakably committed to the Porsche design DNA, the new 8th-generation Porsche 911 is timeless and modern at the same time – like the seven previous generations before it. It is truly a worthy continuation of the iconic 911 genre. 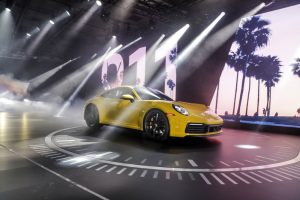