The Controversy Surrounding the First Ferrari

To the uninitiated, the mere mention of the name “Ferrari” conjures images of fast swoopy sports cars and exotic automotive lifestyles. Couch potatoes and TV addicts will immediately think of the red 308 GTS driven around Hawaii by Tom Selleck in the old Magnum P.I.; the white 512 Testarossa driven around Miami by Don Johnson in Miami Vice; or the red 488 Spider driven around Hawaii by Jay Hernandez in the new Magnum P.I. But it wasn’t always so. 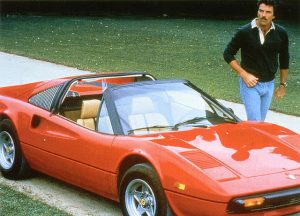 In the early 1920s, young Enzo Ferrari was a moderately successful race car driver. At the end of the decade, he brought together Italy’s finest engineer, Vittorio Jano, and Italy’s fastest driver, Tazio Nuvolari to form his own racing team, “Scuderia Ferrari”, which dominated Grand Prix racing in the early 1930s. Eventually, Scuderia Ferrari became the official racing department of Alfa Romeo but from 1936, completely new Grand Prix race cars were designed and constructed by Ferrari’s team.

The Start of Scuderia Ferrari

By 1937, Ferrari was raring to make his own cars. Although Scuderia Ferrari was an independent organization, Enzo agreed not to make cars under his name for four years just to get out of his contract with Alfa Romeo. In 1941, he formed Auto Avio Construzioni and produced the “815”, which was a custom body fitted with a combination of Fiat mechanical parts. Only two cars were built before the World War II reached Italy and Ferrari’s workshop was moved from Modena to Maranello, and was tasked to produce ball bearing grinding machines. 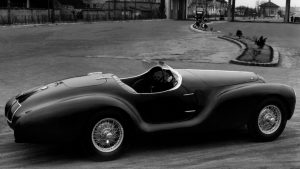 After the war, Enzo continued working on a new racing car with Gioachino Colombo. In 1946, Colombo designed a straightforward tubular frame fitted with a 1500cc 60-degree V12 engine and a 5-speed gearbox. His design could power a sports racer in naturally aspirated form, or power a Grand Prix racer when equipped with a supercharger. However, Colombo rejoined Alfa Romeo and did not stay long enough for his designs to materialize. Ferrari’s draftsmen turned Colombo’s designs into working drawings and the first engine parts were cast in mid-1946 while chassis frames were outsourced to Gilco and completed in September. 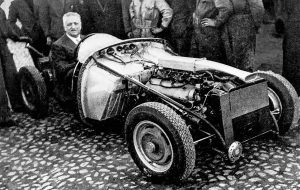 Debut of the First Ferrari

In October 1946, Aurelio Lampredi joined the engineering team to help develop the engines and solve the various teething problems. In November, Ferrari officially announced a range of three production cars powered by a 1.5-liter V12 engine. It was not until March 1947 that the first Ferrari 125, named after the individual cylinder displacement of 125cc, was ready. However, Lampredi left in April and by May, two distinctively different 125s – one fitted with a cycle fender body and the other a fully-enclosed roadster – were ready to make their competition debut at Piacenza on May 11, 1947. The cycle fender Ferrari 125 figured in two accidents while the roadster went out with a smoking engine. Ferrari was vindicated a fortnight later when Franco Cortese drove the roadster to its maiden victory in only their second race! 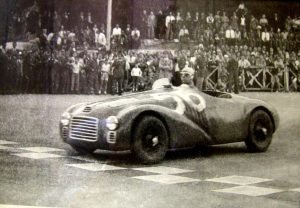 Throughout the 1947 racing season, Ferrari combined his racing efforts with the continuous development of the two cars. The V12’s displacement was increased from 1500cc to 1908cc and the cars were renamed as “159”. A third car was made with newly-designed cycle fender body while Colombo returned as a consultant and helped increase the performance of the 159. 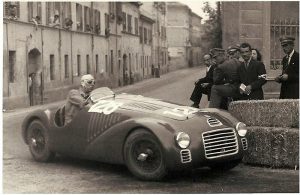 Raymond Sommer won the Turin Grand Prix with the new cycle fender car and Colombo-modified V12. This winning car’s engine was further enlarged to 1992cc and was raced in the popular sports racing class. It then received serial number 002C, was renamed 166 Spyder Corsa, and sold in December 1947. In 1948, another seven 166 Spyder Corsas were built before a second generation of all-new Ferrari racing and street cars was introduced. 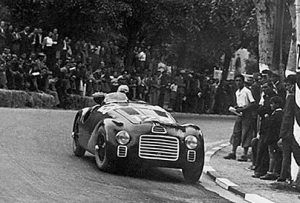 What Happened to the First Ferrari? 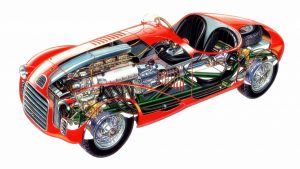 One customer car is Serial Number (S/N) 010I, which had parts of the very first Ferrari 01C. When the customer took delivery, he immediately noticed that it had several well-used parts and the factory offered him a rebate as compensation. A few years later, the car was sold in England and fitted with a new roadster body. In the 1970s, S/N 010I was rebodied back to its original configuration and was acquired by Symbolic Motors in the early 1990s. Upon close inspection, resident expert Bill Noon discovered an anomaly that made him conclude S/N 010I could be 01C. 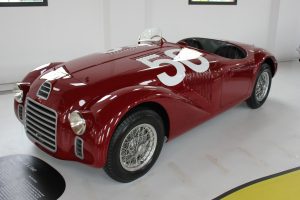 Rebodying was the Norm Then

Symbolic Motors sold the car to a collector, who had a new enclosed roadster body constructed, similar to the replica 125 that Ferrari had commissioned Michelotto to construct in 1987 to celebrate the company’s 40th anniversary. Referred to simply as a 125 S, the newly-rebodied early Ferrari debuted in the 2006 Pebble Beach Concours d’Elegance but was not entered for judging. To add to the controversy, the car sported a chassis plaque suggesting it was Type 166 chassis and engine. 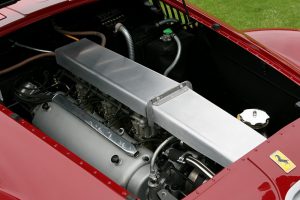 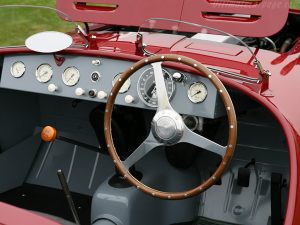 While the authenticity of this Ferrari 125 S, sporting either S/N 010I or 01C, is still very much a subject of debate, it is safe to say that it is the closest thing around to the very first Ferrari. 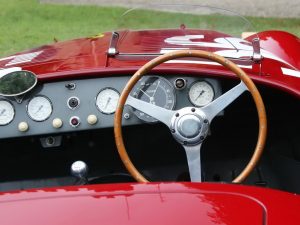