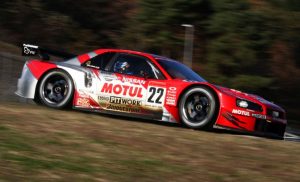 Sometime in April 2008, Carlos Gono, the proprietor of Autoplus Sportzentrum, arranged a meet-and-greet event between local motoring journalists, including yours truly, and the Motul lubricants specialist, Dr. Arai. 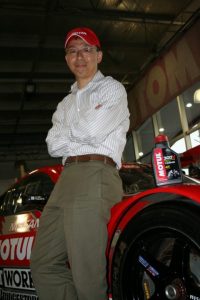 Carlos had Dr. Arai pose with a bottle of Motul on the fender of an actual Motul Pitwork Nissan Skyline GT-R that was displayed inside the Autoplus showroom. The race car generated a lot of excitement already but Gono, who’s always out to please his media friends, exceeded all expectations when he handed out Auto Art Motorsport 2003 Nissan Skyline GT-R BNR34 1:18 scale model cars as door prizes and tokens of gratitude to the media people who attended the event. 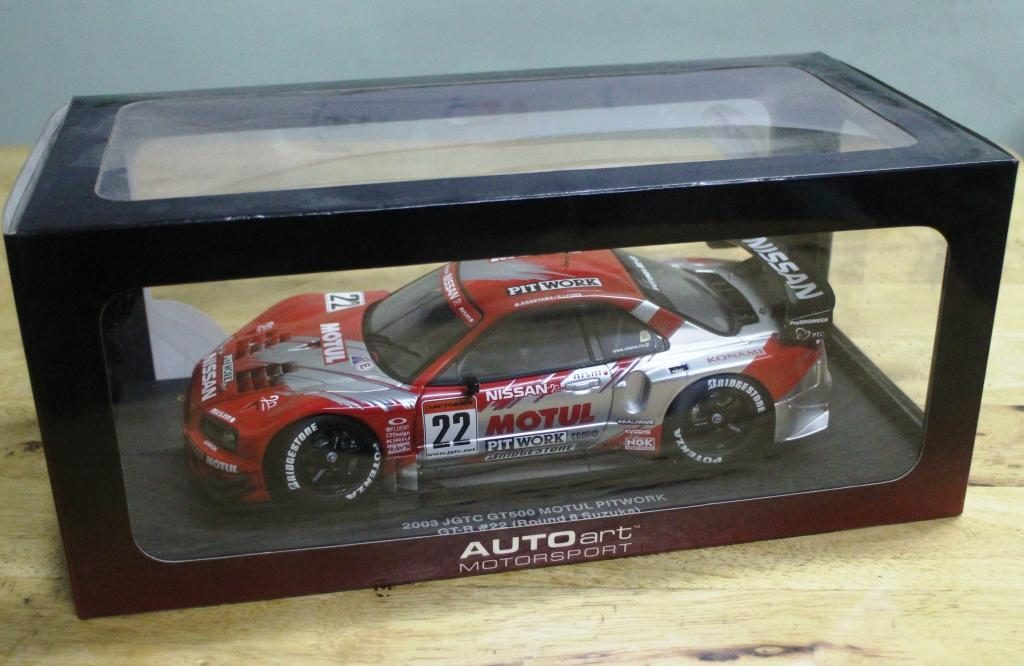 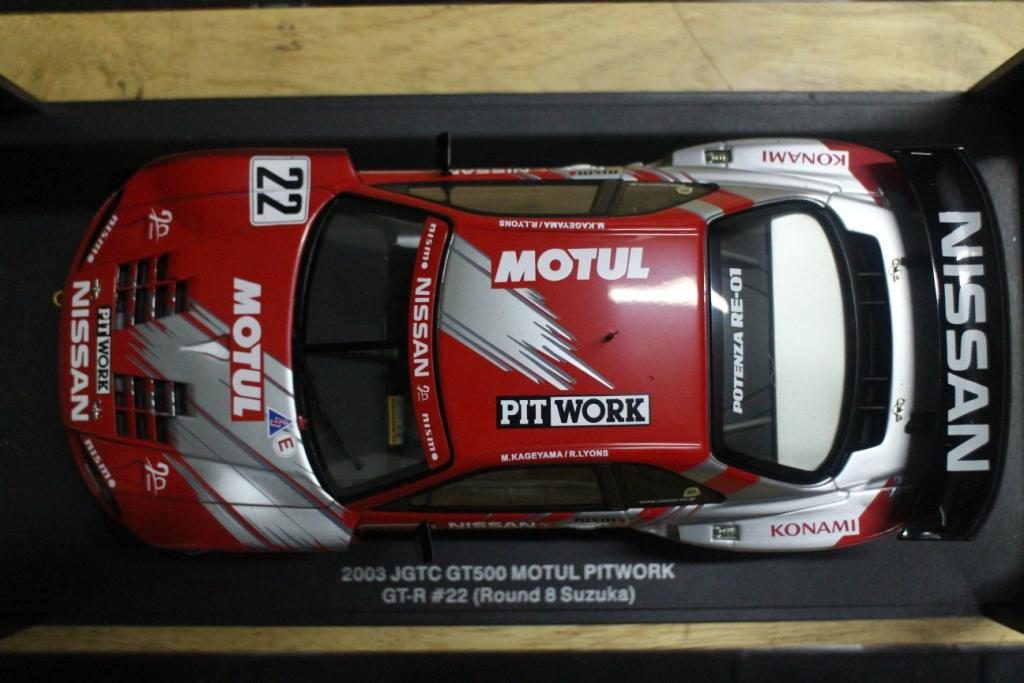 The R34 model was finished in the #22 Motul Pitwork livery colors that competed in the GT500 class during the Round 8 of the All Japan Grand Touring Car Championship (JGTC) races held at Suzuka circuit. The names of Masahiko Kageyama and Richard Lyons were painted on the sides of the roof to indicate them as the drivers of #22. 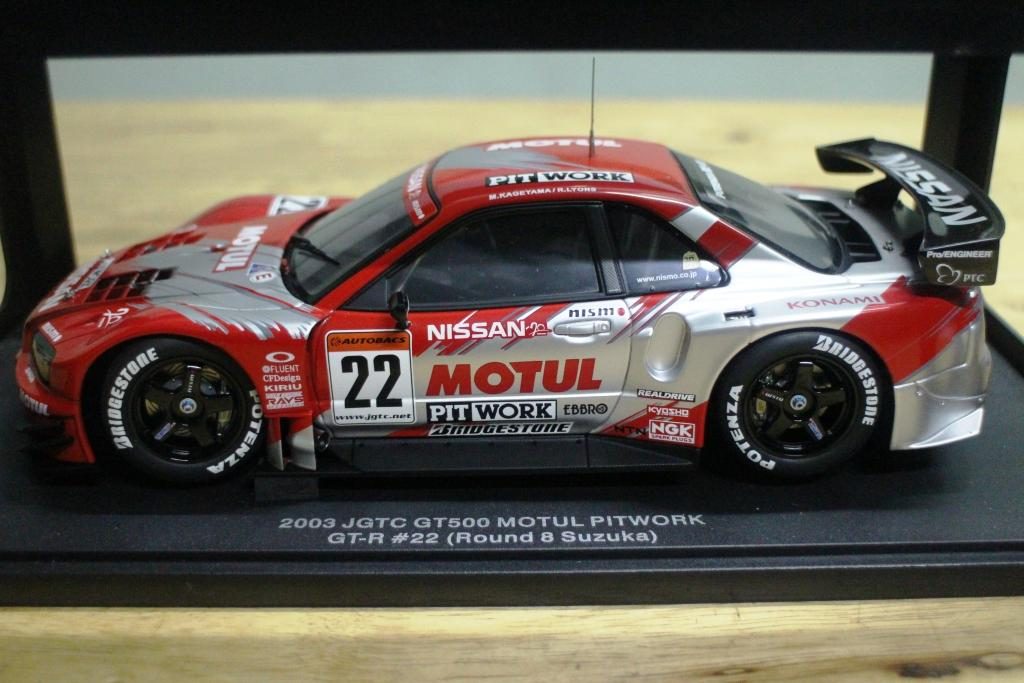 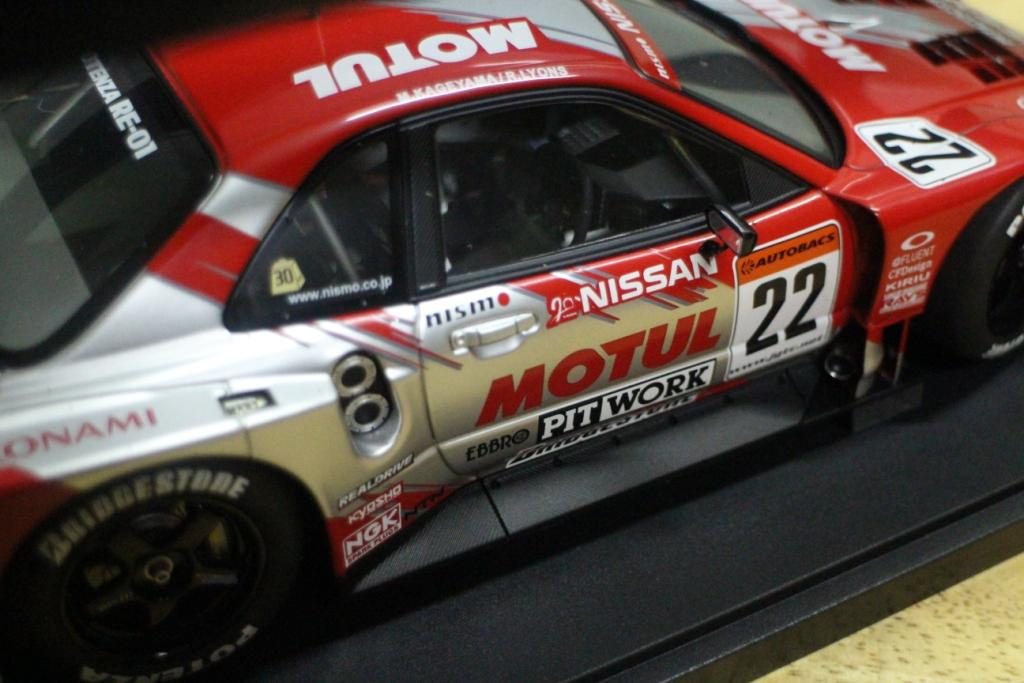 The scale model is faithful to the actual BNR34 race car, from its racy body to its flat underside and diffusers that create aerodynamic suction; to its aerodynamically tuned bumpers, massive rear wing; and down to its wide wheels and Bridgestone Potenza slick tires. Even the interior hosts a faithful model of the BNR34’s carbon fiber dashboard, quick-detachable steering wheel with LCD monitor, multitude of switches and racing seats. 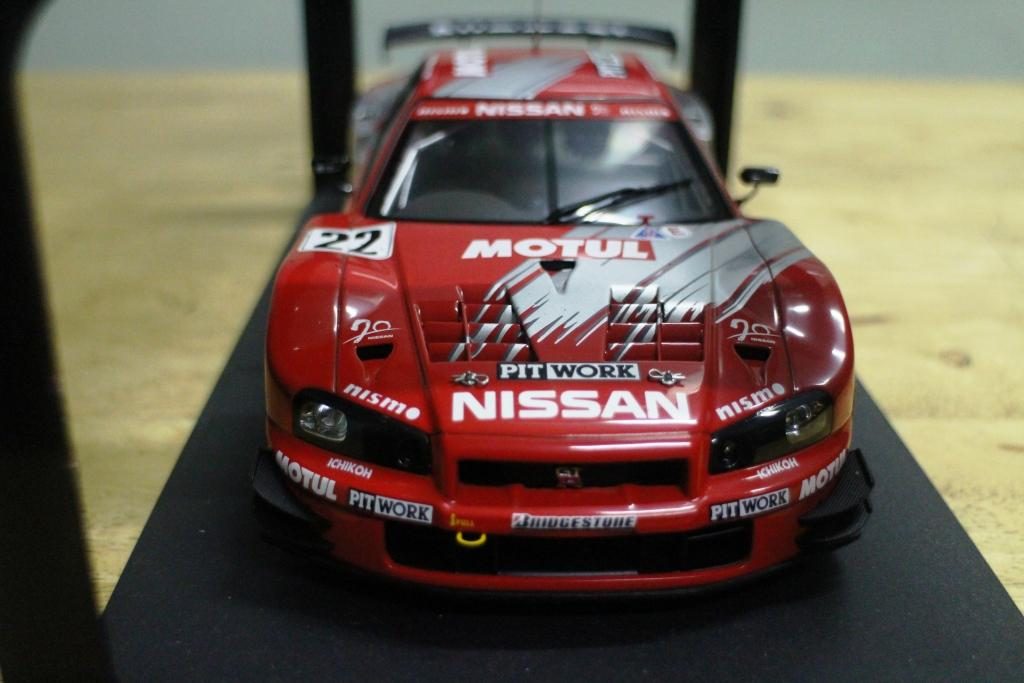 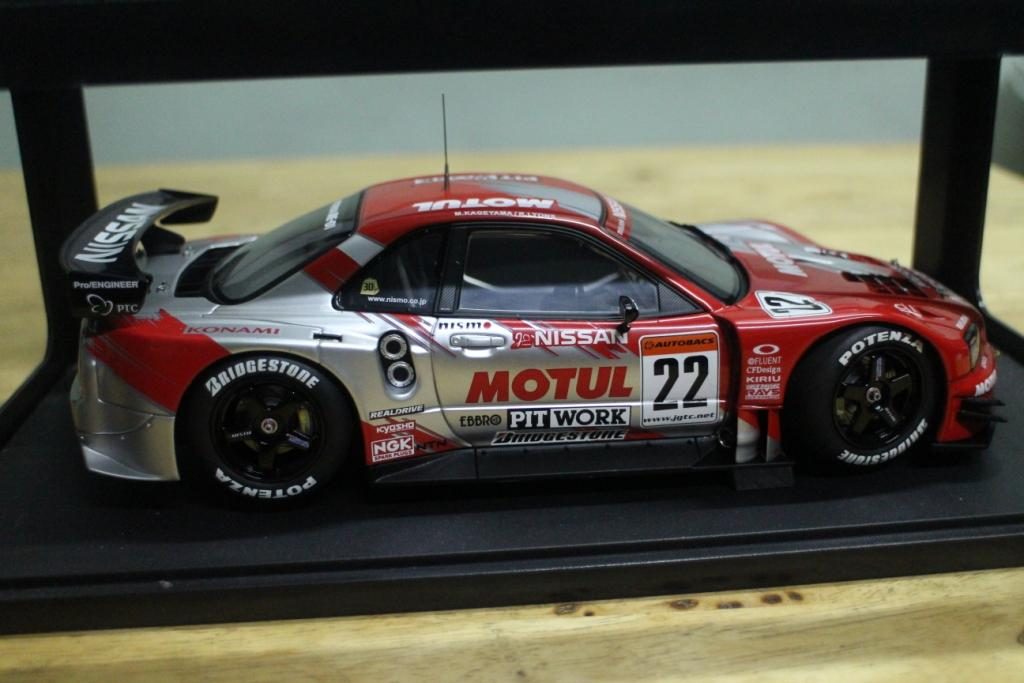 It was reported that the amount of research and development that has gone into the actual #22 BNR34, including the cost of the engines, parts, and other components, added up to around US$1 million. After #22 was retired from racing, Nissan used it for demonstration rides and shows all over the world. 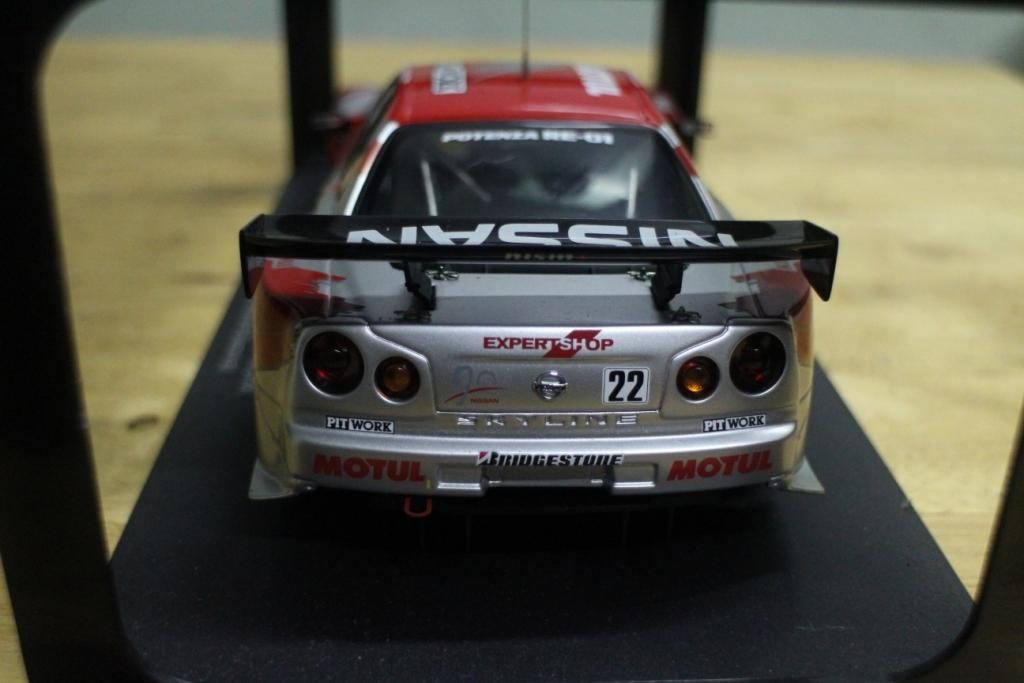 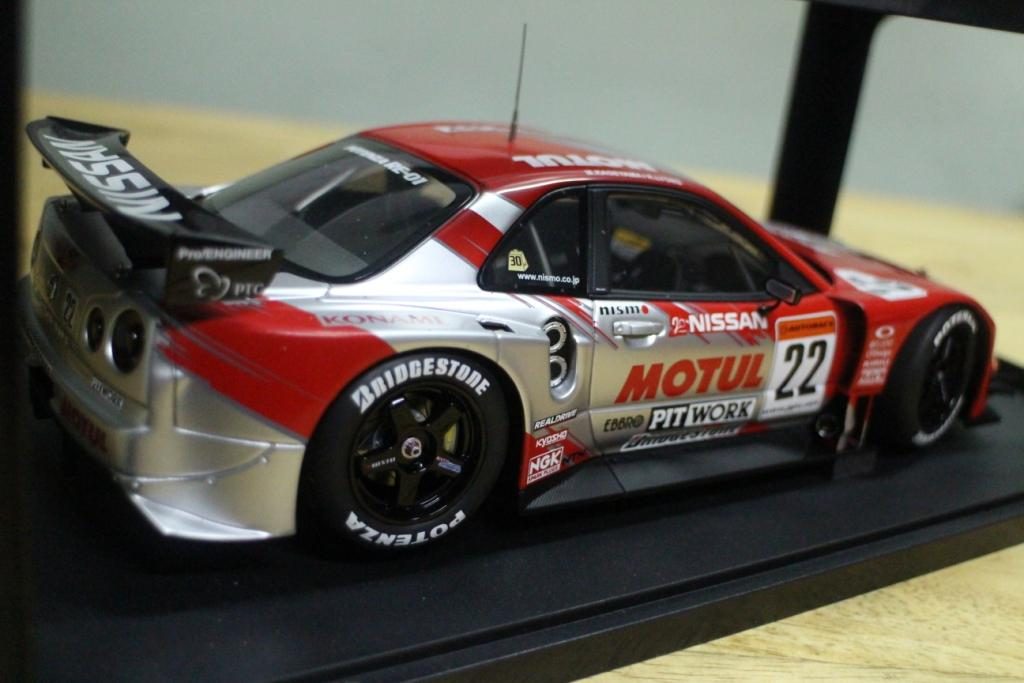 It was indeed a privilege to be able to see the actual race car and meet Dr. Arai, who made sure that the 500-horsepower 3.0-liter DOHC 6-cylinder engine was always properly lubricated, even in extreme racing conditions. It was also a privilege to take home the #22 Motul Pitwork JGTC GT500 Nissan BNR34 Skyline GT-R race car – the Auto Art scale model, not the actual race car – and we’re pleased to report that the car we took home needs a lot less space and is a lot easier to park than the real one. 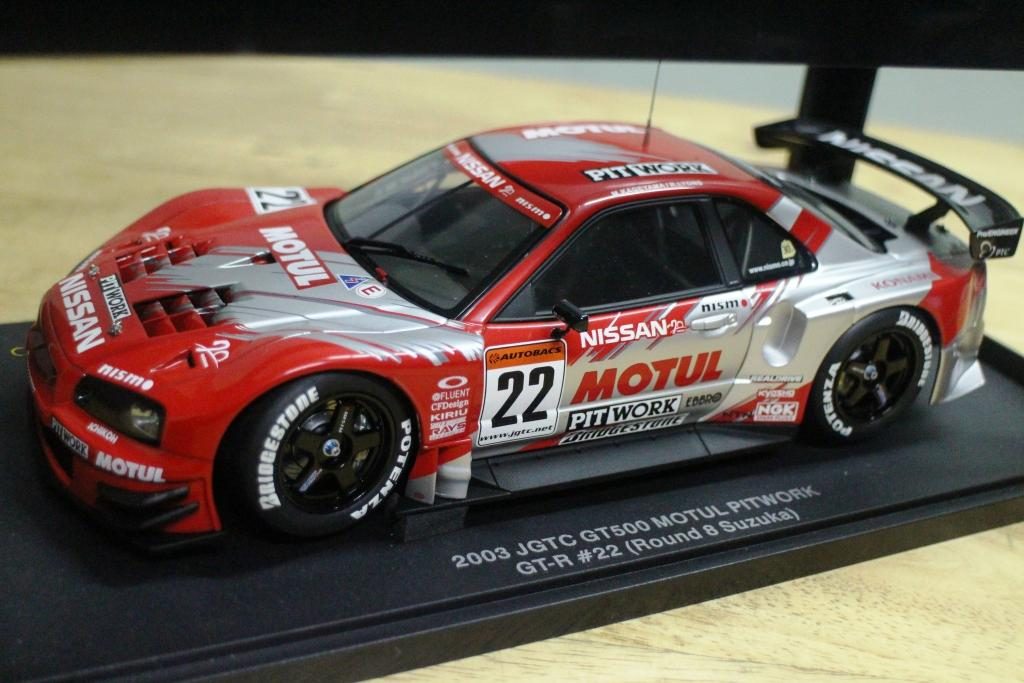 To see other stories of the different scale model cars and motorcycles that we have posted, please click “The Rack” button on the header bar near the top right of your screen (if you’re using a PC, laptop or tablet), or type “The Rack” on the Search bar if you’re using a mobile phone. We hope you liked our take on this Japanese race car as we hope you’ll like the French classic car that we’ll feature tomorrow. 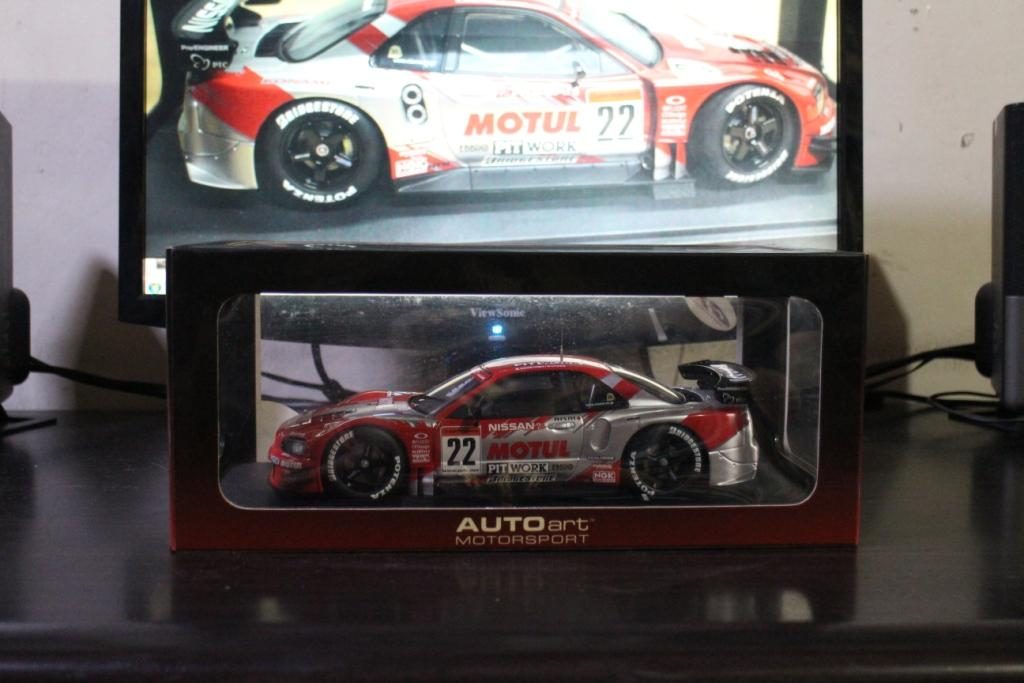