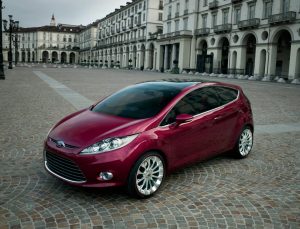 At the Frankfurt Motor Show in September 2007, the Ford Motor Company displayed their Ford Verve concept car, which would eventually be released as the sixth-generation Ford Fiesta. Also known as the Fiesta Mark VI, the car is based on Ford’s new global B-car platform. 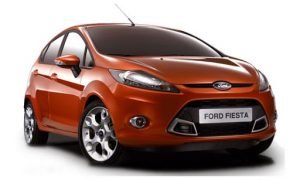 Production of the Fiesta started at Ford’s Cologne plant in Germany in August 2008, followed by production in Spain, China, Thailand, Mexico and Brazil. It was introduced in the Philippines in 2010, and we were able to test drive one in 2011. 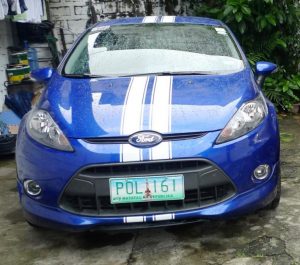 The American car magazine Motor Trend called the Fiesta Mark VI a “superb little car” while British magazines Auto Express called it a “new class leader” and Car said it was a “huge achievement that will please just about everyone”. The Fiesta got its biggest accolade when Britain’s What Car? magazine named it as “Car of the Year” in 2009, citing the abundance of space in the front cabin. 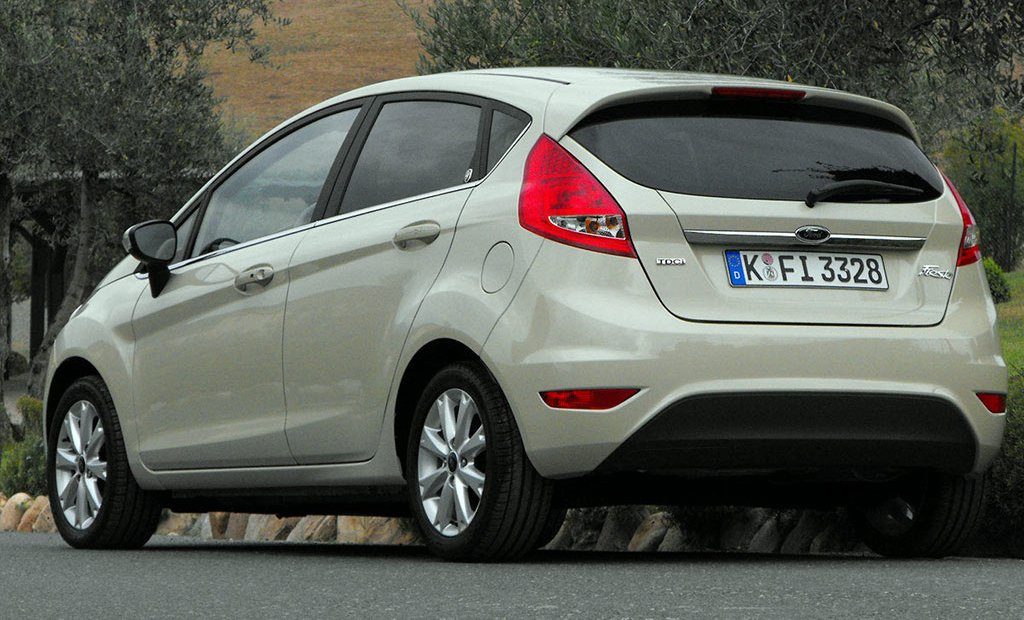 In the first two years after its introduction in October 2008, Ford sold more than 940,000 Fiestas around the world with 810,000 sold in Europe alone as of September 2010. It was so popular in those days that it prompted premier model car maker Auto Art to produce a 1:18 scale die-cast model. It was even painted in the burnt orange metallic hue that was quite popular at the time. 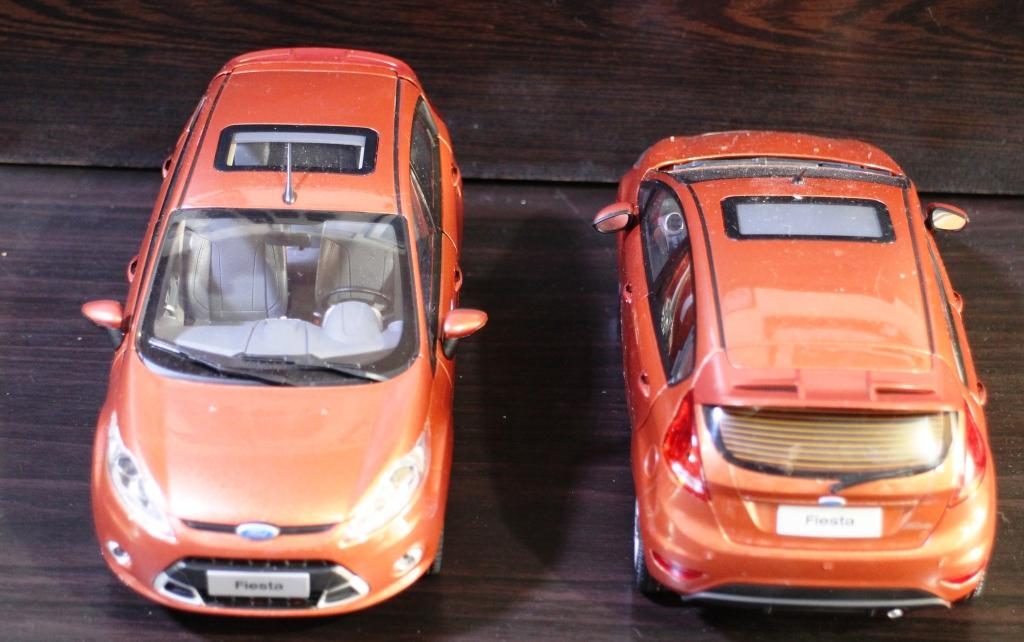 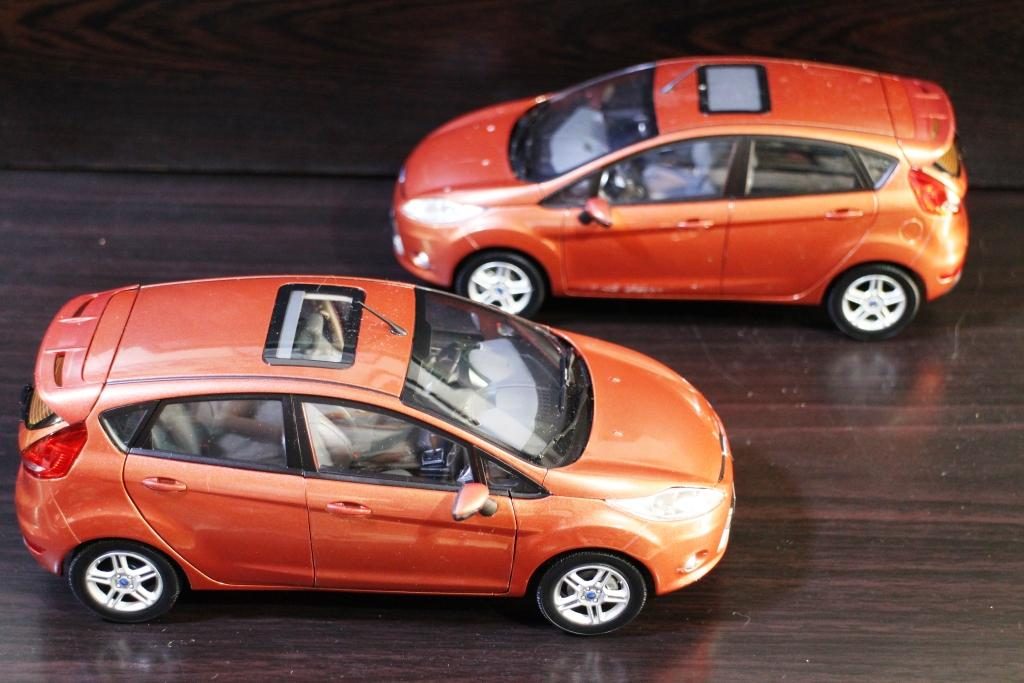 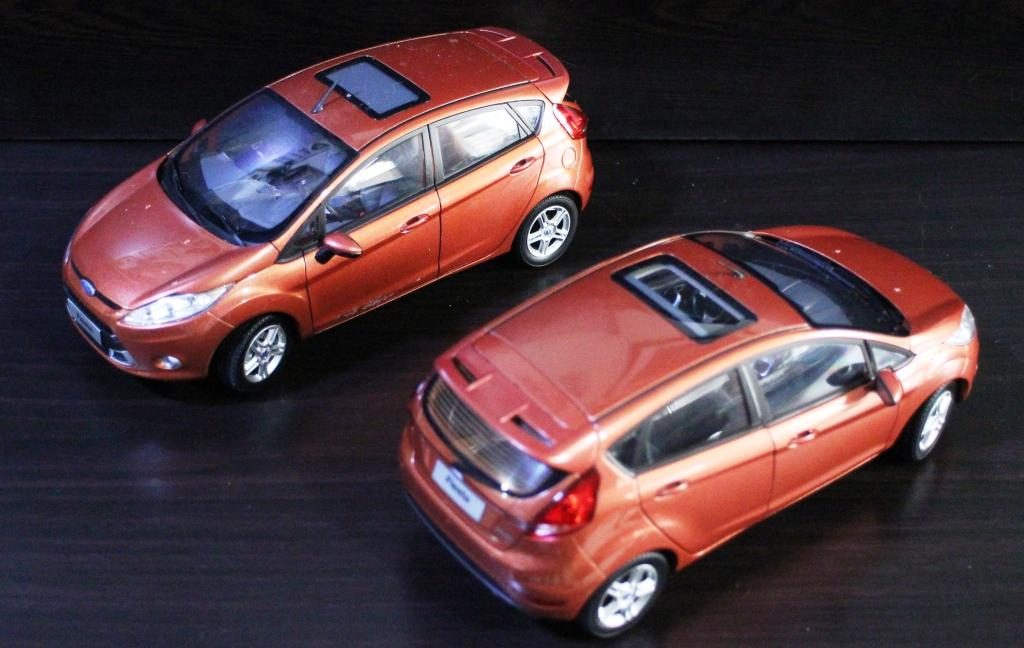 The scale model Fiesta has very detailed features inside and out. All the four doors open and the sunroof screen slides to reveal an accurately-detailed interior while the hood opens to reveal the zippy yet economical 4-cylinder engine, which, as in the actual car, is hidden underneath some plastic cladding. 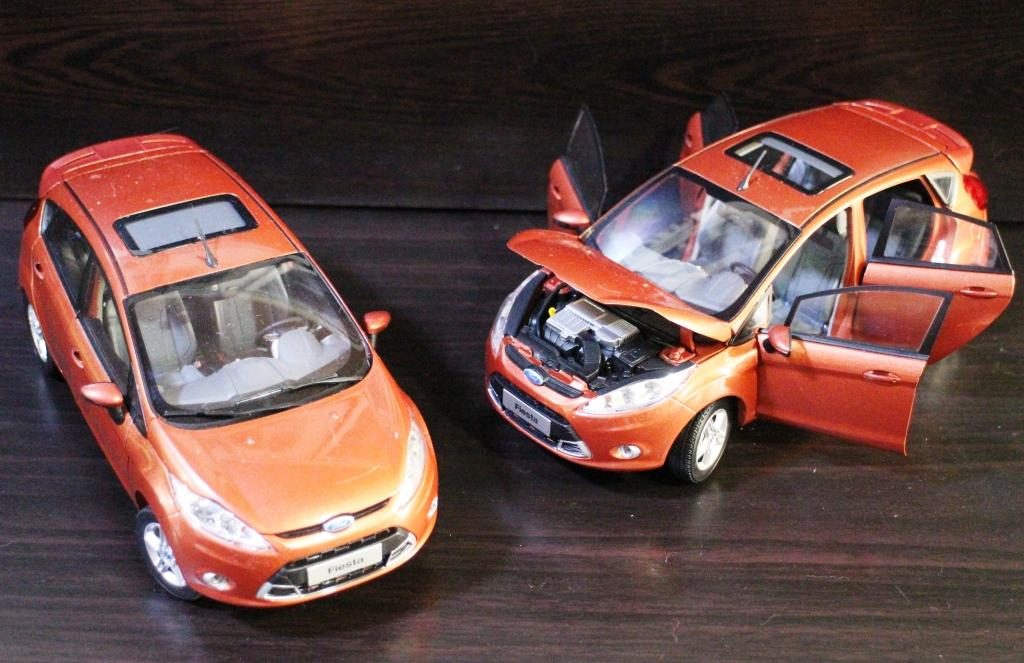 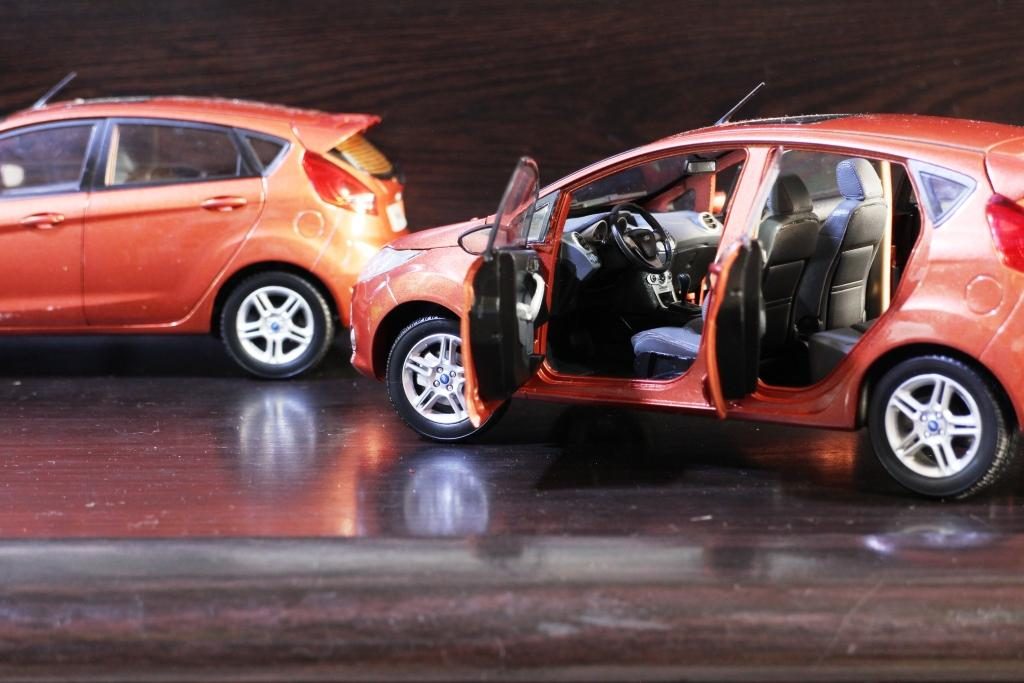 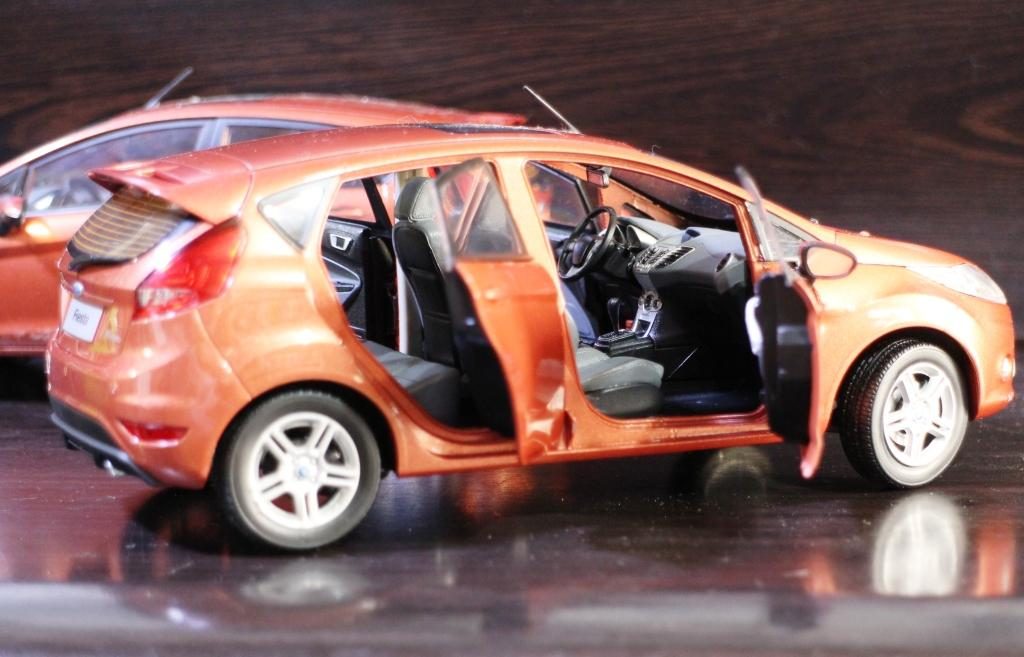 While our Fiesta is not as nostalgic as the Torch Red 1955 Thunderbird convertible that we featured yesterday (May 20), or as muscular as the 1969 Mustang Mach 1 that we will featured tomorrow (May 22), it is nevertheless an integral part of the Ford Motor Company’s glorious history, thus it deserves to be commemorated as an Auto Art scale model masterpiece. 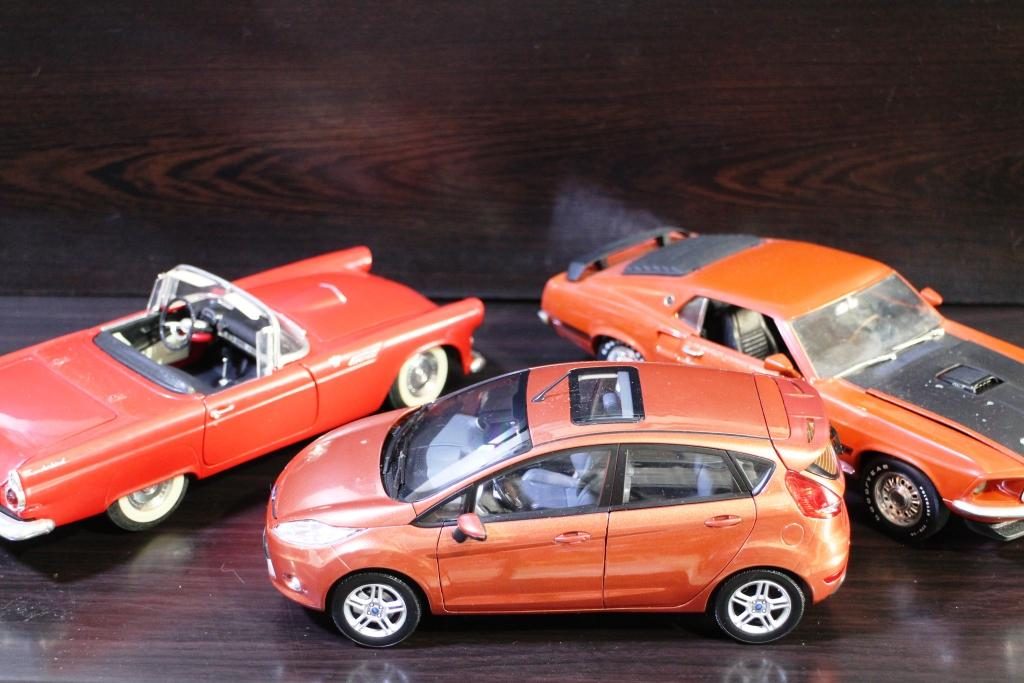 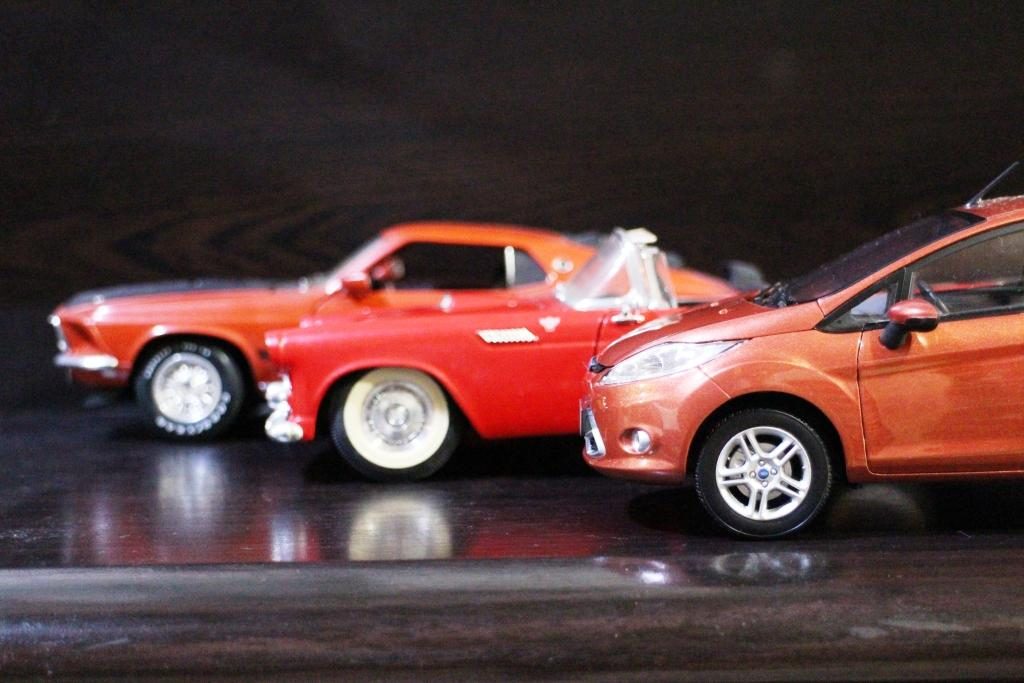 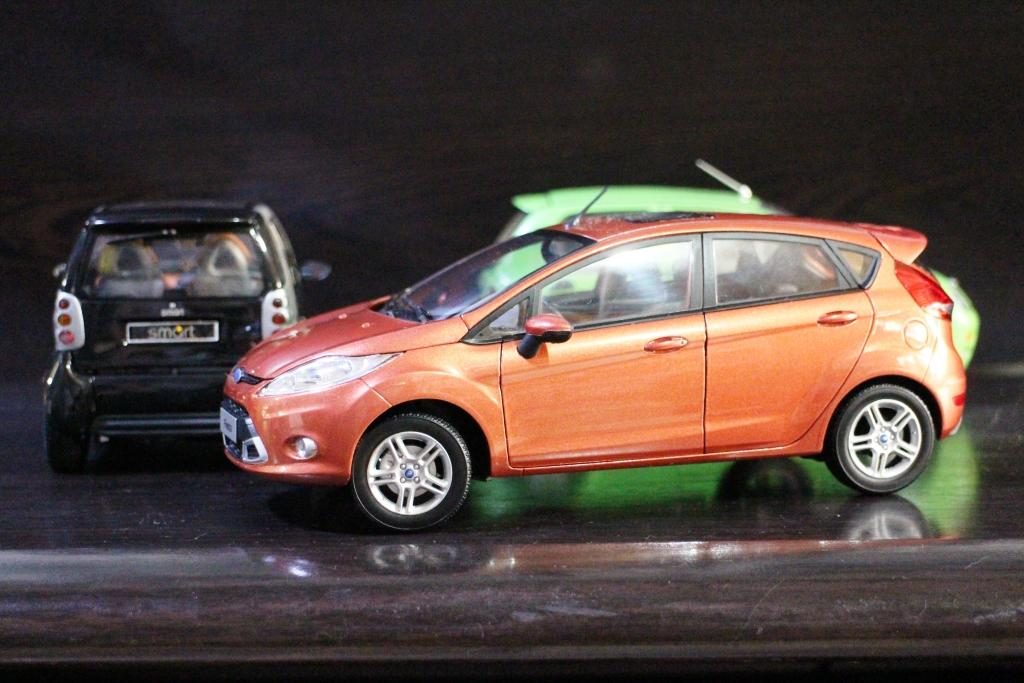 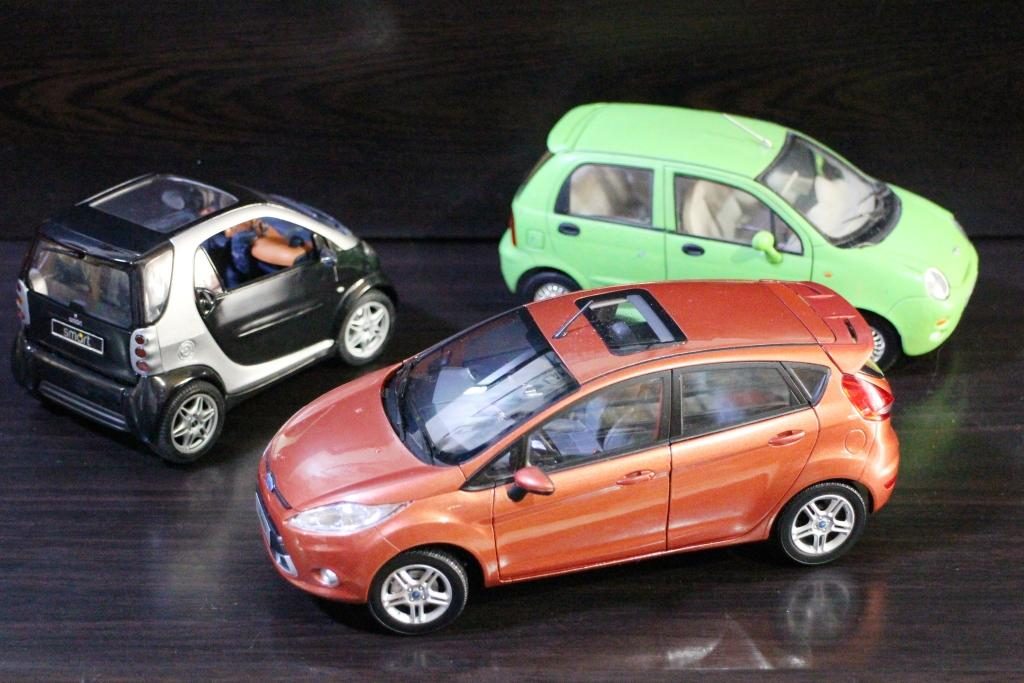 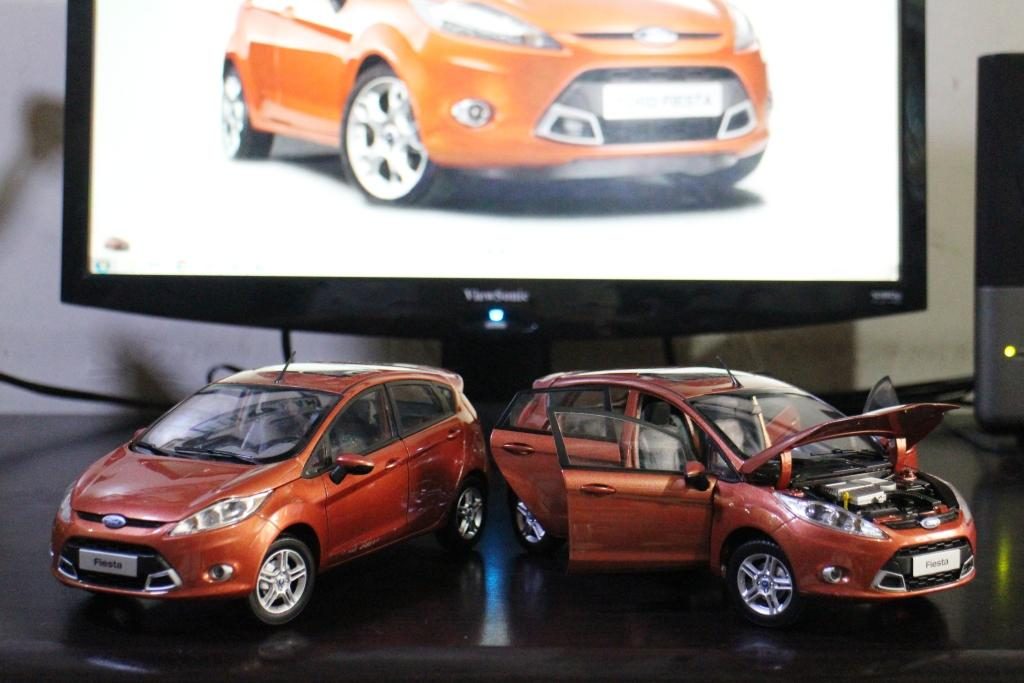 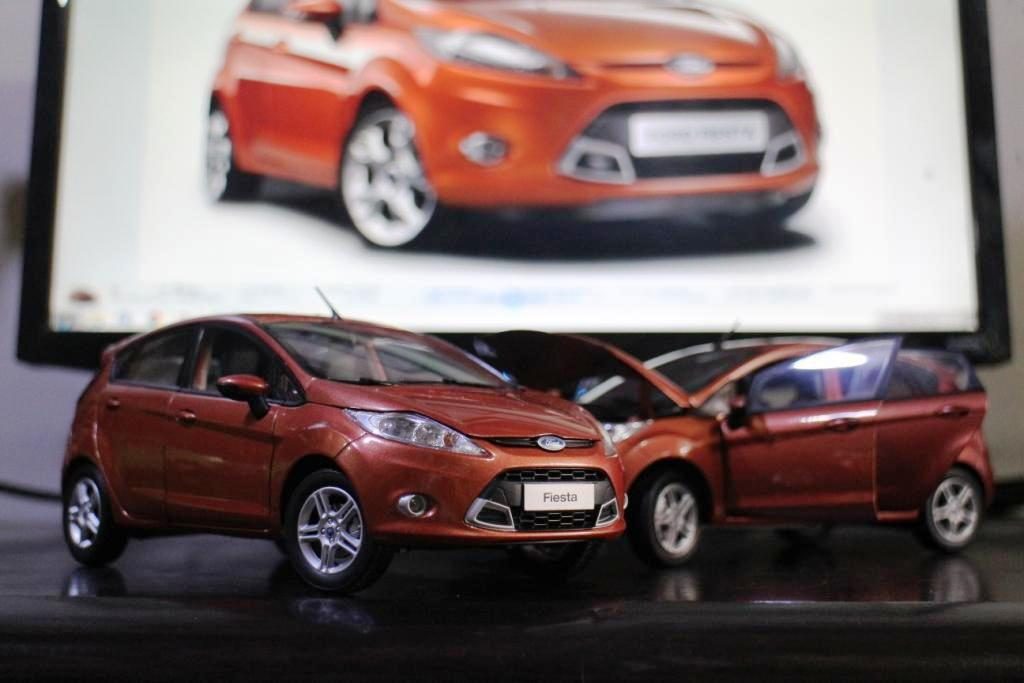