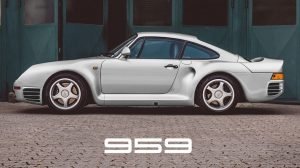 Sports car enthusiasts consider the 1986-1993 Porsche 959 as one of the top supercars to come out of the Stuttgart factory gates in the mid ‘80s. The 959 was initially built as a Group B rally car but was later built as a series production car to satisfy FIA homologation regulations that requires the factory to build at least 200 street-legal units. During its introduction, the twin-turbocharged 959 was the world’s fastest production car with a top speed of 315 km/h. As the most technologically-advanced road-going sports car ever built at that time, the 959 was one of the first high-performance vehicles with all-wheel-drive (AWD), providing the basis for Porsche’s first AWD Carrera 4 model. Porsche later made AWD standard on all 911 Turbo models starting with the 993. 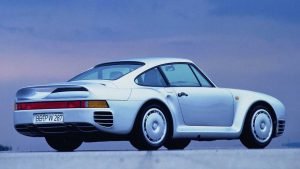 By the mid ‘90s, most of the road racing sanctioning bodies had placed limitations or bans on AWD systems, due in part to the success of the Porsche 959 and its circuit racing version, the 961. After the 959 outlawed from most races, it became a collectible automobile for the extremely wealthy, including one Mr. William “Bill” Gates, the proprietor of a computer company called Microsoft.

The 959 made it to the list of Top Sports Cars of the 1980s. Today, you will need a gazillion bucks to park a pristine example of this highly-collectible super Porsche in your garage, unless, of course, if you’re in the same league as the aforementioned Mr. Gates. 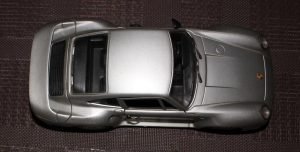 However, for a very small fraction of that amount, you can get a 1:18 scale die-cast model that is quite accurate and a lot easier to park and maintain. Surprisingly, for a company known mostly for its yellow steel-bodied toy trucks, the scale rendition of the Tonka Porsche 959 is good and it has a unique feature that other model cars of the same size cannot match – it has locking doors and a realistic Porsche key to close/open the door lock. 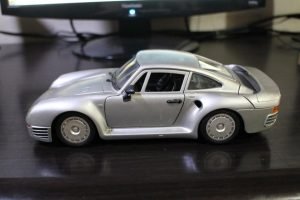 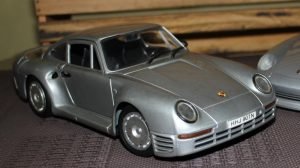 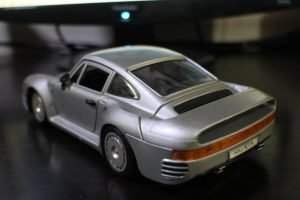 The details of the black interior and the Boxer engine under the opening rear deck are also good, although the plastic parts need to be detailed some more to provide a higher level of authenticity. To penetrate the collector model car market, Tonka partnered with Polistil of Italy to make this silver model car. 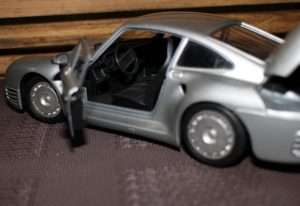 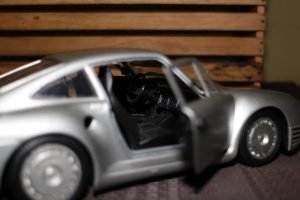 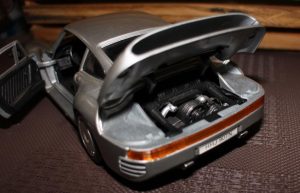 Tonka even went the extra mile to have the underside of the model car endowed with the details of the bottom of the air-cooled flat-6 Boxer engine along with the exhaust system. As a robust toy, this may be one of the strongest 1:18 Porsches we have in our collection. As a collectible scale model, it needs a lot of detailing work to make it highly accurate. 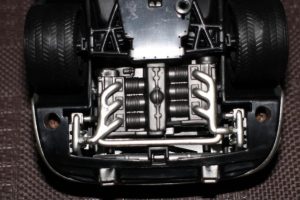 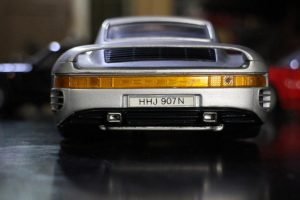 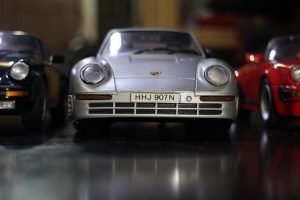 This 1:18 scale die-cast Porsche 959 model car will be a welcome addition to any Porschephile’s display shelf. Thankfully, one is already parked in mine, thanks to my brother Arnel, who sent this model from the States. Unfortunately, when we were busy cleaning my home/office/man cave while under the government-mandated Enhanced Community Quarantine (ECQ) during this COVID-19 pandemic, I guess I misplaced the key, and now, I’m trying my best to find it! 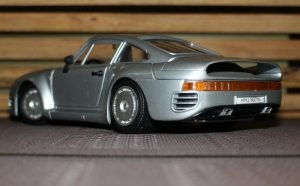 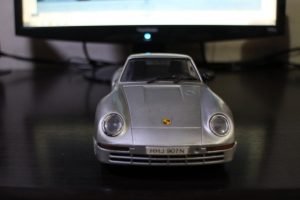 To review previous stories about our die-cast scale model collection, please click “The Rack” button on the header bar near the top right of your screen (if you’re using a PC, laptop or tablet), or type “The Rack” on the Search bar if you’re using a mobile phone. Watch out for more Porsche model car reviews this week! 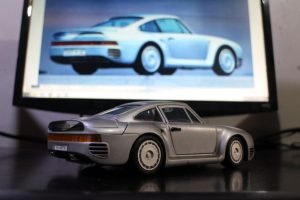