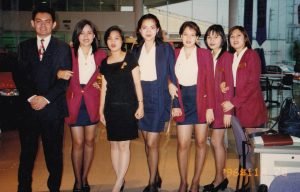 Since the lock down started on March 15, 2020, I began contemplating on the importance and relevance of my work as a motoring journalist and entrepreneur. I decided to look back at my past experiences to find inspiration and motivation. When I was working as a sales trainer for the old Nissan Motor Philippines (NMPI) in the 1990’s, I often used Maslow’s Hierarchy of Needs as part of my program to stimulate motivation among my trainees. Abraham Harold Maslow theorized that motivation can be depicted as a 5-tier pyramid of human needs. 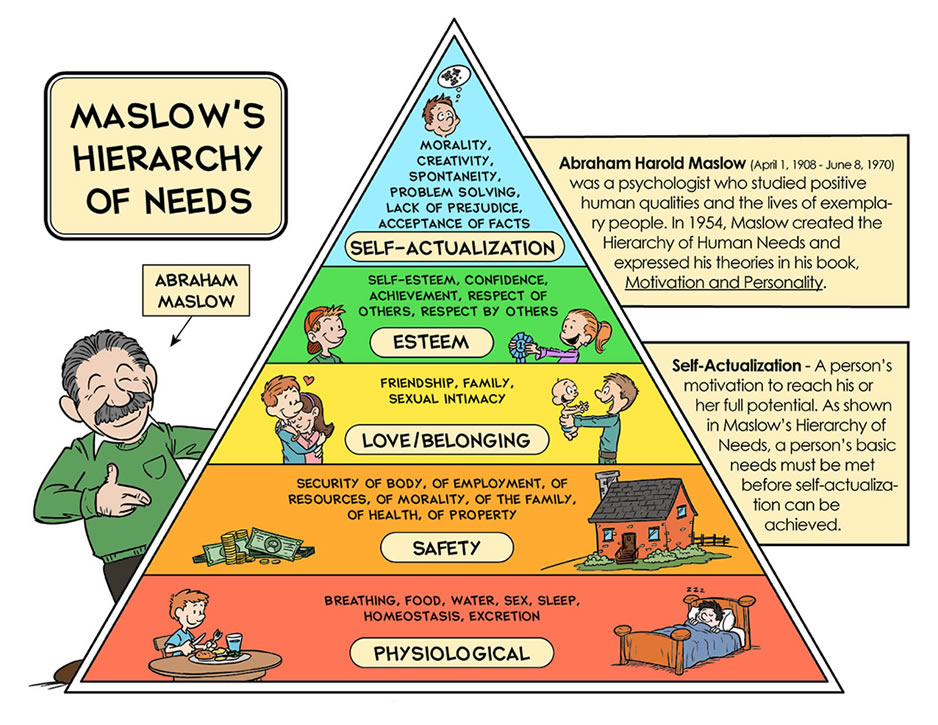 From the bottom of the pyramid going up, Maslow identified the needs as Basic or Physiological, Security or Safety, Love and Belonging, Ego or Esteem, and finally Self-Actualization. He also observed that the needs in the lower portion of the hierarchy must first be satisfied before the needs in the higher portion of the hierarchy can be attended to. For example, the Basic Needs of food, clothing and shelter must be satisfied first before anyone can think of anything else.

People often tend to remember just these three basic needs but forget the three other basic needs – air, water, and sex. I used to remind my trainees that the six basic needs are physiological needs that our body requires on a regular basis. We need food to sustain us, clothing to cover our bodies and protect us from the elements, shelter to house us during inclement weather, air to breathe, water to quench our thirst and clean ourselves and our possessions with, and sex to, well… you know, quench our thirst. (No, dummy. Sex is to reproduce our species and physically express our ultimate affection to our partner.)

After our basic needs are met, there is an inherent need in our human psyche to secure the continuous supply of these needs, thus we devised ways to ensure continuity. Our early ancestors lived near rivers to ensure a continuous water supply and irrigated nearby lands with the diverted water flow so that they can farm and ensure a stable supply of food. They learned to domesticate animals and breed them so that they don’t need to hunt just to get a steady supply of meat. They developed better homes not only for increased safety but for improved comfort, convenience, and privacy as well. The cluster of homes became a community where people bonded together to protect themselves and keep each other company. Tools were invented out of necessity.

People learned to trade their excess produce in exchange for something else, like vegetables or crops in exchange for meat or animal skin, or for transportation or services, until the monetary system was invented. When money became the currency for exchange, people learned to value money more than anything else. Thus, the notion of having a stable income became a symbol of security and the lifelong goal of majority of the population.

Over time, people who developed a knack for making a lot of money also developed a knack for flaunting their wealth. The wealthy became the talk of society and to become a member of the elite, or even just the illusion of belonging to the elite, became the ambition of many. And then the need to lead, the esteem of leadership, and the never-ending need for growth was developed. People simply wanted much more than what they really need. Politics evolved from simple human interaction to complex maneuverings – all in the course of furthering one’s social status, growth and, unfortunately, greed. 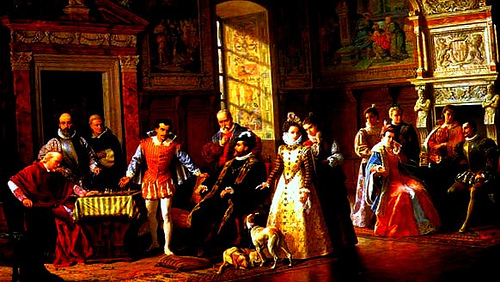 In my chosen field, automobiles became the ultimate status symbol. It used to be that cars were just mere vehicles to transport people and goods from point A to point B, but not anymore. Having a vehicle, or better yet, a large SUV or an expensive luxury car, is now a sign that you’ve made it. Yes, cars still provide personal mobility, especially in our country where public transportation is classified as “dismal”, but they are being used more for status than transportation. Just look at the entry of luxury brands and the increased sales of car accessories to personalize vehicles.

At the onset of the COVID-19 pandemic, I was reminded of Maslow’s Hierarchy of Needs when somebody posted a nasty truth: “When the impending lockdown was announced, people didn’t rush to the nearest car dealership and bought a new car. People rushed to the nearest grocery or supermarket to buy and stock up on food and necessities.” Abraham Maslow was right – people attended to hoarding basic goods first. Sales of luxury items took a backseat. 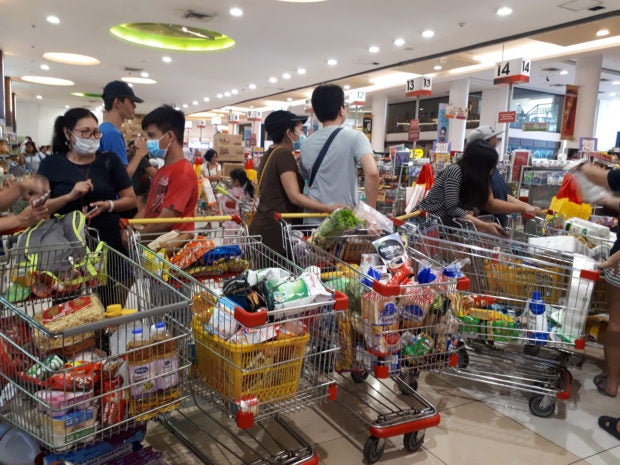 Two weeks and several days into the lockdown, people are beginning to worry about the supply of food and other basic needs despite government assurances. Our national government officials are confident that our food supplies are good for a couple of months. But what if the Corona virus proves to be more resilient than other viruses and would need more than just a couple of months of social distancing and lockdowns to eradicate? What then?

A media colleague, Aries Espinosa, opined that after the pandemic, the world will not be the same again. I tend to agree with him. The world MUST not be the same again. We must reshape our needs and wants  to focus on more important needs than on frivolous wants. After all, it was the frivolous want to capture, market, and eat exotic animals that caused the Corona virus to evolve into a global pandemic. The consumption of exotic animal meat is not a basic need. It’s simply a frivolous want – an unjustifiable greed – that produced a global pandemic, killed thousands, inflected hundreds of thousands, and disrupted the global economy. 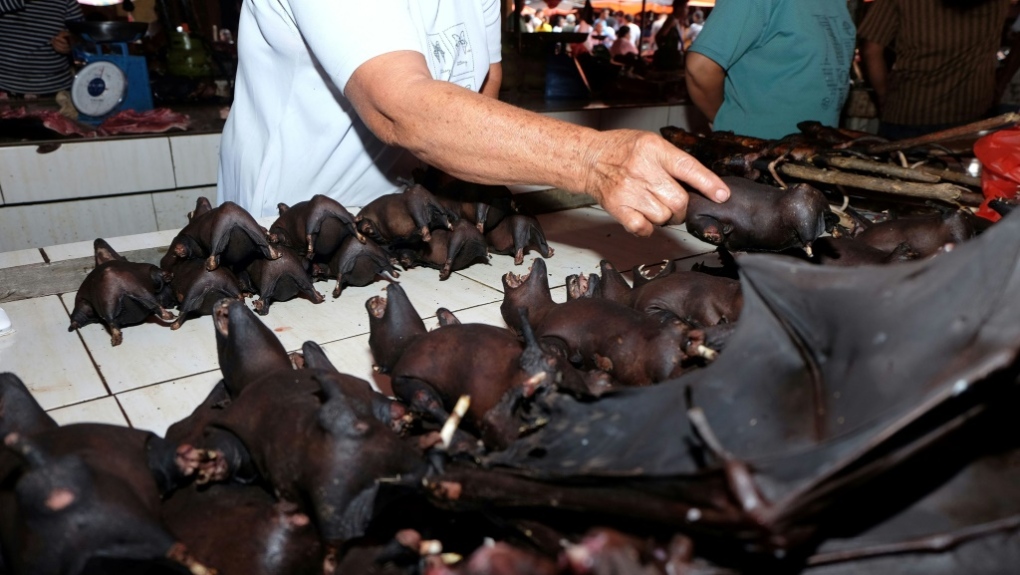 Our mindset about wealth and status MUST change as well. The lockdown reminded us that money can only buy temporary supplies of basic needs but it cannot guaranty health or safety. Everybody – rich or poor, powerful or common folk, privileged or not – can be infected, no exception. It’s no longer the old adage, “Only the strong survives”, but it’s now “Only the strong and disciplined survives”. 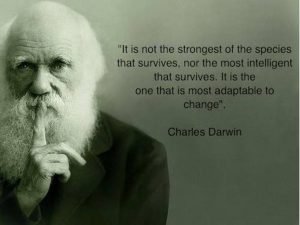 One aspect I strongly believe that we Filipinos must look at more closely is our agriculture sector. Most of our farmers have developed a mindset that they are underprivileged because they probably have been treated as such for the longest time. They work hard in the fields to send their children to school in the hopes that their kids can get “a better future” as white collar workers, accountants, lawyers, nurses, or even doctors, bankers and businessmen. 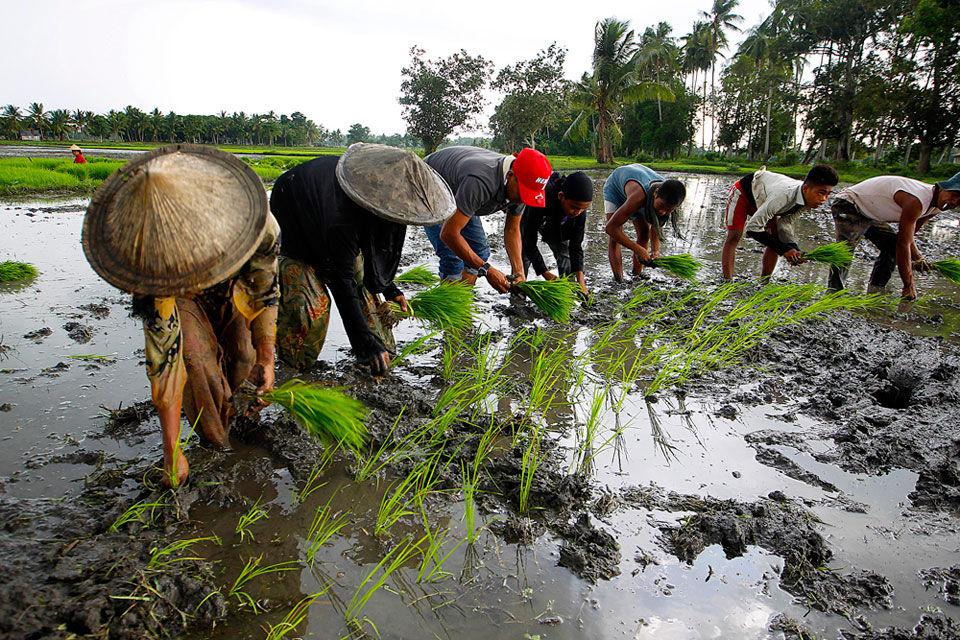 But if all the farmers’ children become white collar workers and city dwellers, who will farm in the future? Who will plant, nurture, grow and harvest the crops? Who will feed the multitude?

I’m not saying that people in the agricultural and livestock industries should be less ambitious nor am I saying that their kids should not be educated. What I would like to impose is that our farmers and livestock growers should have pride and discipline in their work. After all, they are the real front liners because they produce most of the basic needs of the population. 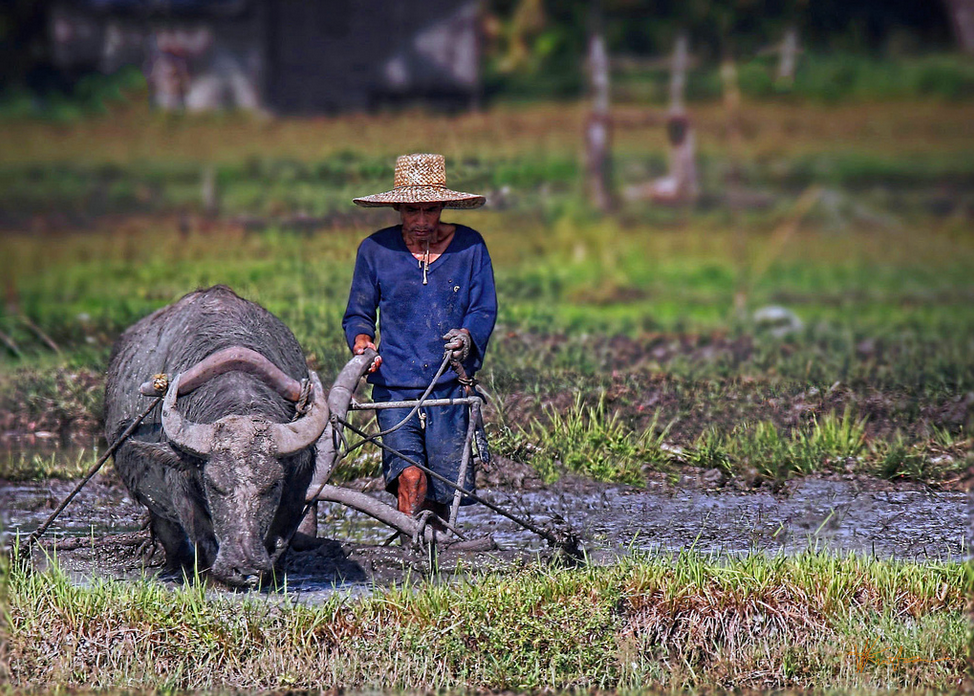 Just look at the farmers in Japan, the U.S., and in other developed countries. They are disciplined and have a lot of pride in their work. Most of them own the land they till and they can afford to buy machinery and equipment to sustain and improve their harvest. Their children aspire to continue their parent’s work in the future. They are proud to be farmers. 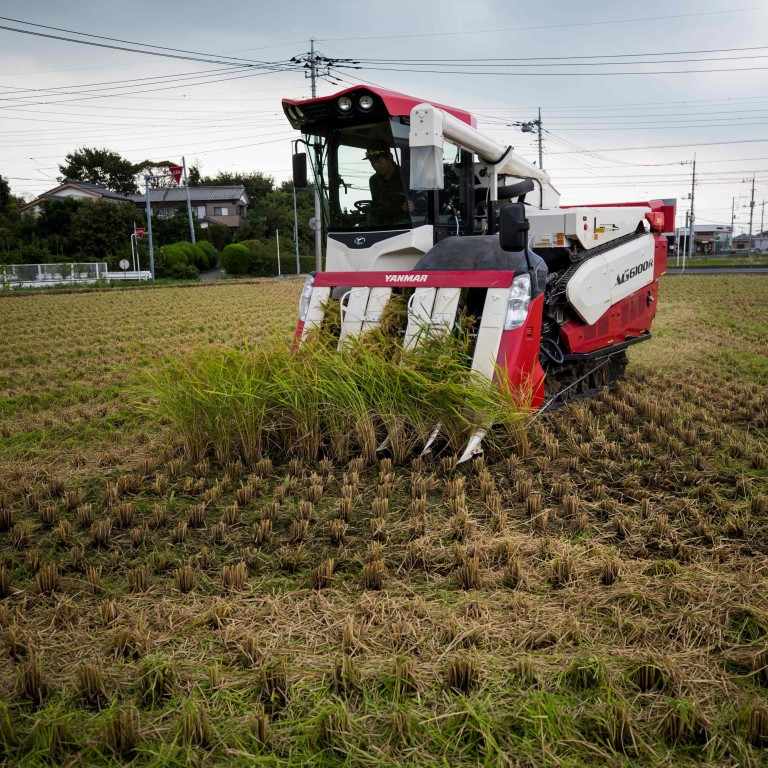 I then remembered an unusual resort that I stayed in while I was in Thailand six years ago. In 2014, Nissan Philippines (NPI) took us to Chiang Mai for the global launch of the Navarra NP300 pickup truck. We were billeted in a resort that was surrounded by rice fields, instead of beaches or mountain vistas, which I found unusual at first. 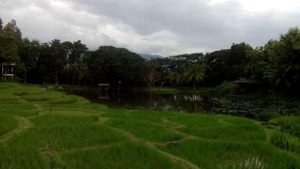 The hotel rooms were well-furnished, the service was first-rate, and there were some guided tours of how rice was being actually being produced in the nearby fields. Actual Thai farmers, not just play-actors, were busy plowing the field, planting rice, and actively minding the rice fields. I later realized that the Thai government was actively promoting their rice industry with these unusual tourist spots. 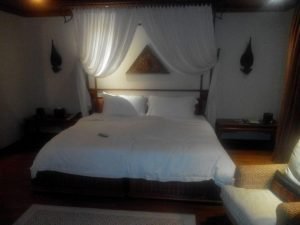 In an ironic contrast, the Thais used to buy rice from us in the ‘60s and early ‘70s. They learned to improve their rice production techniques from us through our very own International Rice Research Institute (IRRI), which was founded in 1960 with the help of the Ford and Rockefeller foundations. Because of  increased and unabated corruption starting from the Marcos administration onward, our rice production started to dwindle. Land reform laws that were meant to distribute land to farmers were circumvented. And then, some enterprising farmers and land owners bonded together and sold their “awarded” farm lots to unscrupulous real estate developers. Instead of producing rice and other food crops, exclusive resorts, golf courses, subdivisions, and gated communities arose from the land. Instead of becoming a major producer and exporter of rice, the Philippines now imports rice from Thailand. Meanwhile, landlords, middlemen, distributors, corrupt officials and even communists rebels undercut and tax our already poor local farmers, who understandably don’t want their children to have the same hard life they are living. They push their children to pursue professions other than farming, livestock, or food production. But the lessons learned from this COVID-19 pandemic is that the food producers, much like doctors, nurses, medical workers, trash collectors, delivery men, drivers, security guards, military and police officers are the real front liners. I hope and pray that the Philippine government takes a more focused stand on improving the local agriculture and livestock industry and improving the lives of local food producers. 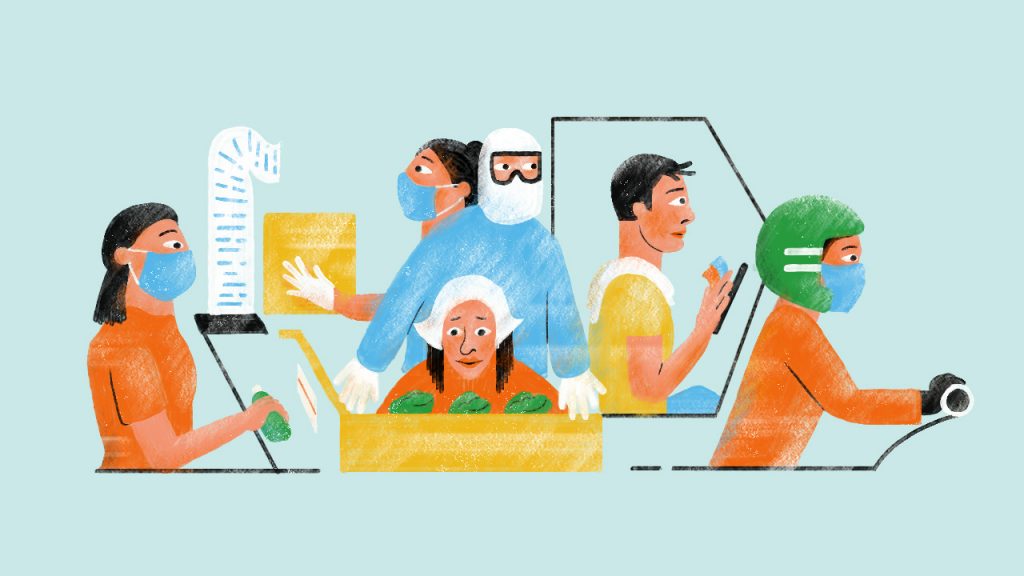 In closing, I’d like to ask you, dear reader, to listen to the song, “Turn, Turn, Turn – To Everything There Is a Season”, a song written by Pete Seeger in the late ‘50s and recorded in 1959. Most of the lyrics of the song were lifted from the Holy Bible, specifically the first eight verses of the third chapter Book of Ecclesiastes. 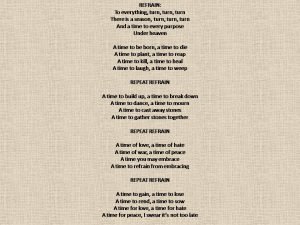 As the song suggests, it may be a time to refrain from embracing during these dark days of social distancing to avoid being infected with the virus, but it is still a time to gain valuable insight on what to do after the lockdown, and definitely a time to love and a time for peace. I swear it’s not too late.