Peugeot Philippines unveiled all three of its new SUVs to be offered in the local market. Peugeot’s new SUV range includes the 2017 European Car of the Year, the All New 3008 SUV, the New 2008 Compact SUV, and the All New 5008 7-seater SUV.

“We are very excited to be unveiling these three new vehicles to the Philippine automotive media for the first time,” Peugeot Philippines President Glen Dasig said. “Peugeot’s new SUV range represents the brand’s bold move into the future,” he added.

Debuting for the first time in the Philippines, Peugeot’s new SUV range defies conventional standards with its captivating style, dynamic performance, and revolutionary engine technology. It is the brand’s first venture into the booming segment. A product of years of research and engineering, the French automotive manufacturer presents a new breed of sport utility vehicles. 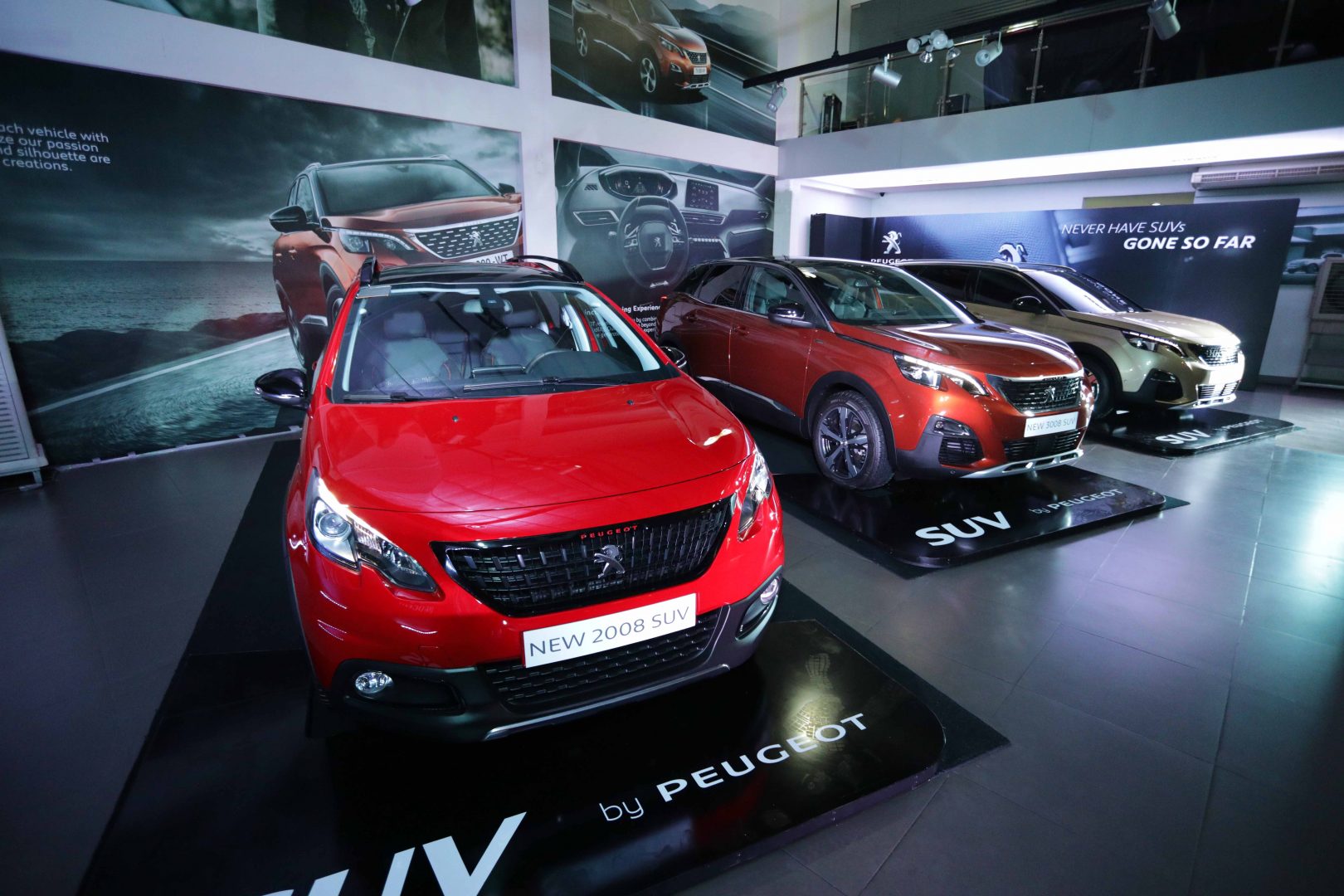 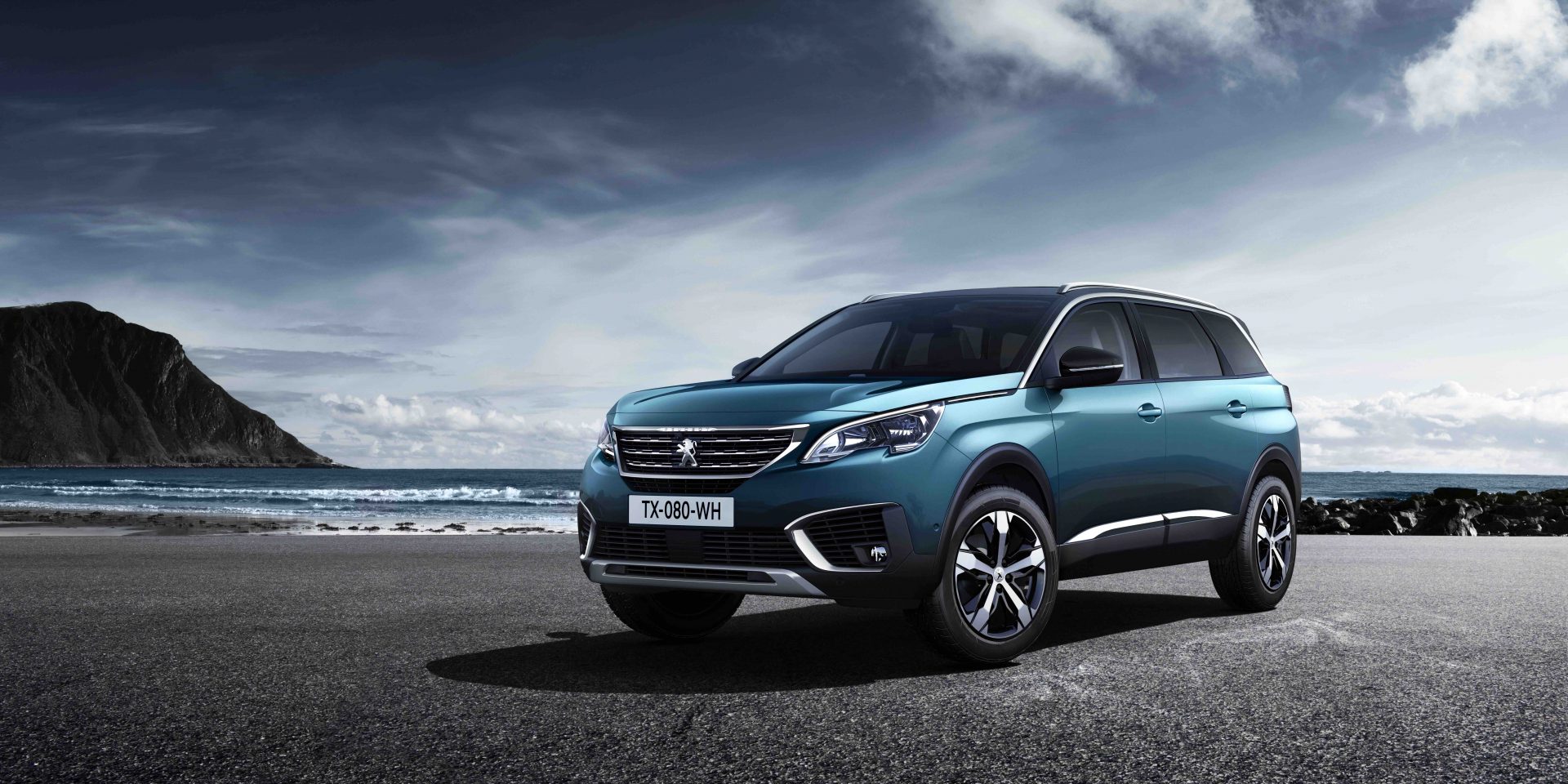 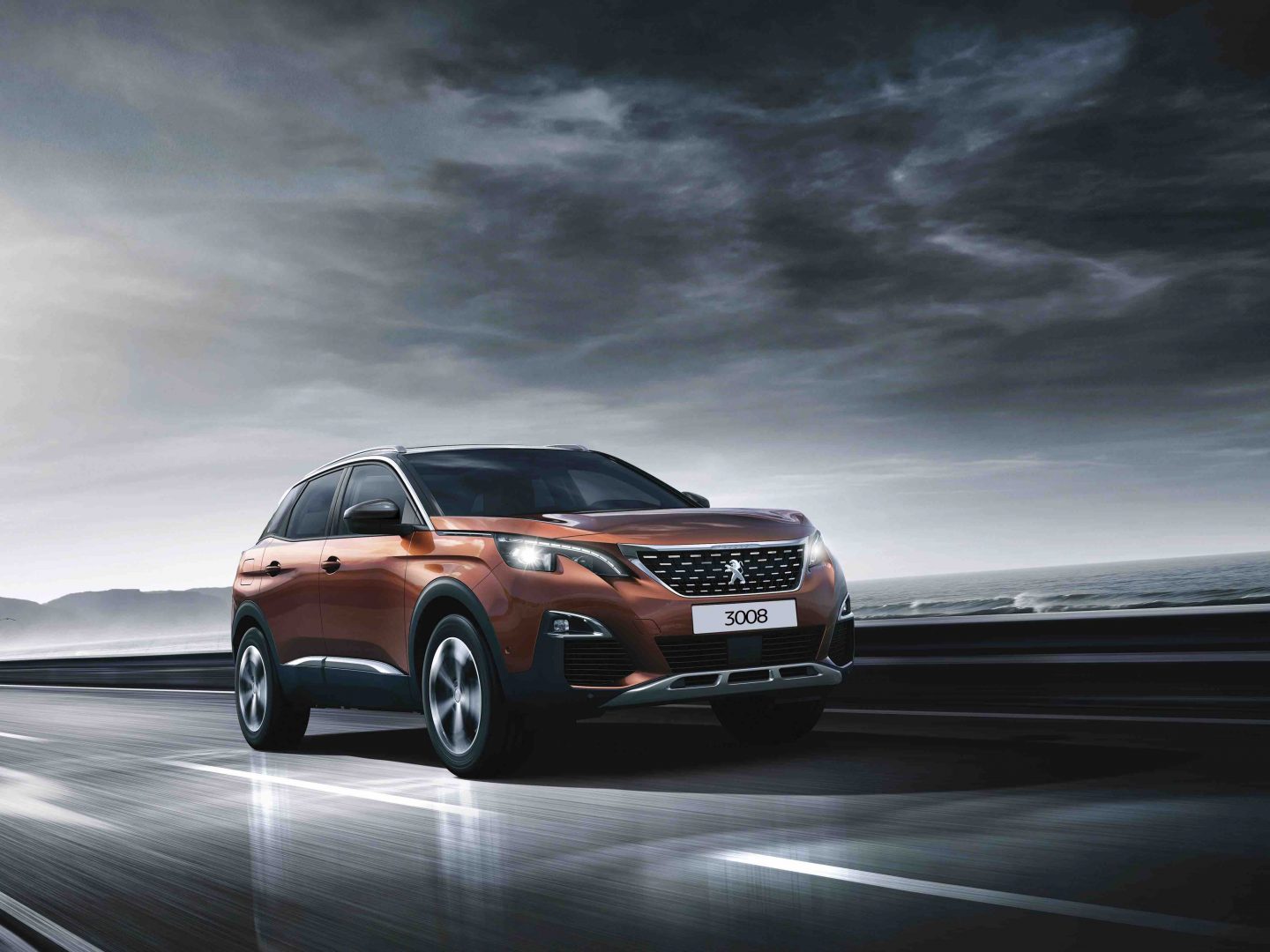 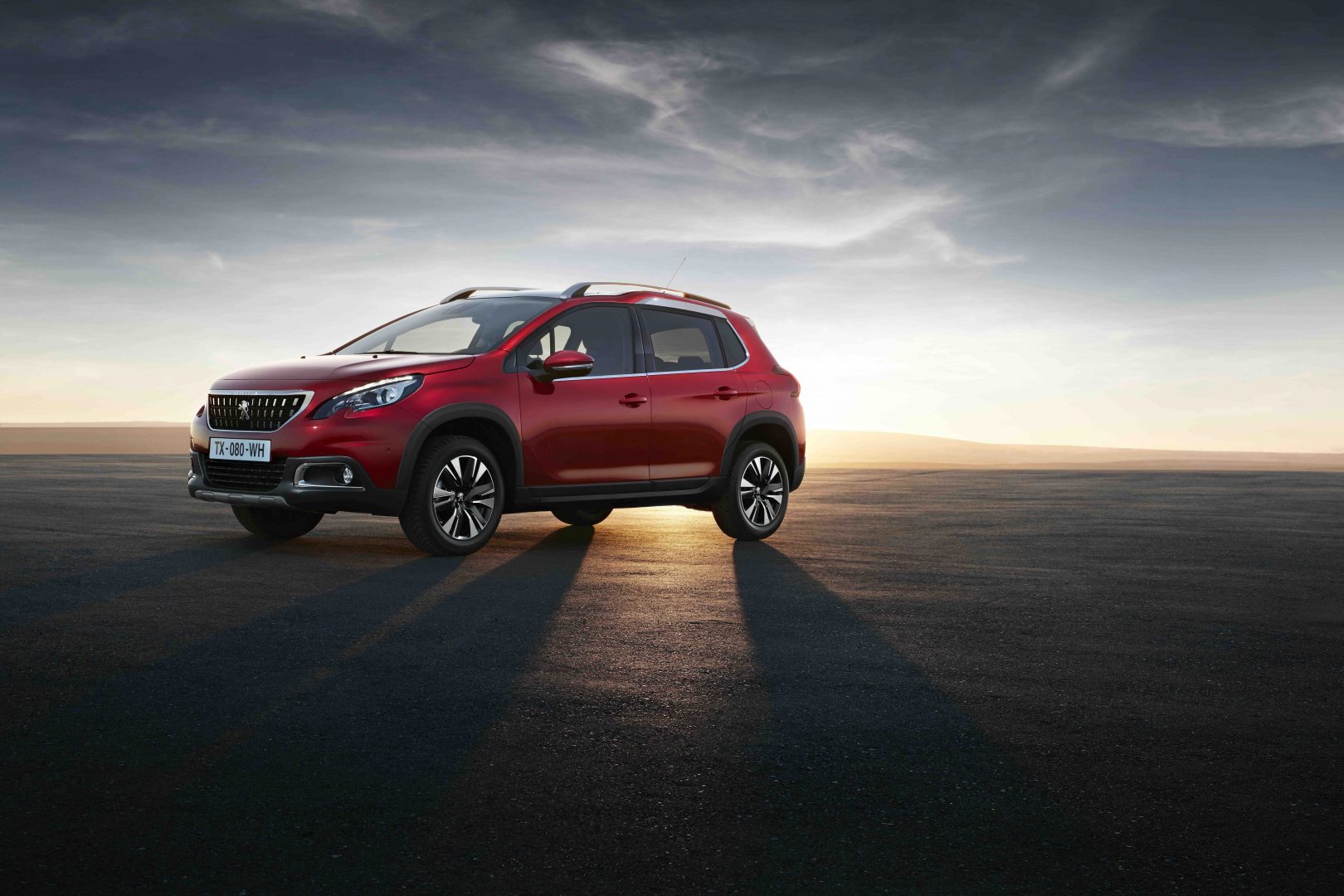 Featuring a unique design language, the new Peugeot SUV range has the most distinct and stylistically consistent vehicles currently on the premium automotive market today. “Taking inspiration from both urban landscapes and rough terrain, the new Peugeot SUV range possesses a confident stance with the driver at heart of its design,” Dasig explained. “Everything about the design of our new SUV range enhances the driver’s experience,” he added.

Peugeot has utilized a compact frame adapted to the entire range while keeping a spacious interior cabin. This feature allows the vehicles to look athletic and agile on the outside while maintaining the same degree of space and comfort found on conventional SUVs. “Being design experts, Peugeot’s engineers have found a way to trim off the excess bulk that makes an SUV aesthetically big and imposing without sacrificing space,” Dasig said. “This contributes to a more distinct, svelte figure that forms part of a very attractive silhouette,” he added.

Also standard in the new Peugeot SUV range is the brand’s signature iCockpit®. Lauded for its minimalist look and intuitive functionality, the second generation iCockpit® has been redesigned to further enhance the driving sensation. “The second generation iCockpit® found in our newest SUVs has never been more stylish and intuitive,” Dasig said. “Take for example the iCockpit® Amplify function on the New 3008 SUV. With just the touch of a button, the driver can change the ambiance of the cabin, producing either a calming or energizing effect,” he added. The iCockpit® Amplify feature is a first from Peugeot. It activates the built-in scent diffusers, ambient lighting, and multi-function massage seats and changes their settings automatically depending on the user’s preference.

Although late in the SUV game, Peugeot Philippines’ President said that this gave the brand the advantage to rethink some conventional ideas and notions about the growing segment. “We have made good use of this time to create an SUV range that is uniquely us,” Dasig said.

In designing its new SUV range, Peugeot’s engineers have made some unique choices in driving dynamics that result in a more engaging experience. All models in the range have a low center of gravity, lighter but sturdier frames, and a patented Advanced Grip Control mechanism that replaces the typical 4×4 setup found in the majority of SUVs. “The New 2008, 3008, and 5008 are clearly not your conventional SUVs,” Dasig explained.

By combining a low center of gravity and the right amount of ground clearance, Peugeot’s new SUVs have reduced the body roll that is most common in traditional SUVs. This also results in better stability at any speed. The Efficient Modular Platform 2 setup greatly reduces weight while improving on suspension, and Peugeot’s Advanced Grip Control allows the driver to tackle any terrain while keeping the agility and nimbleness of a lighter vehicle.

“The most impressive feature in our new SUV range can be found under the hood,” Dasig explained. “I think we are having a resurgence of petrol engines and today is the right time to take advantage of that opportunity,” he added.

Achieving a fast power delivery with optimized fuel efficiency, Peugeot’s petrol engines are at the forefront of innovation. Recently hailed as the winner of the 2017 International Engine of the Year in the 1L to 1.4L category, Peugeot’s PureTech engine is widely regarded for its outstanding performance even at the lowest RPM. “Our 1.2L PureTech engine will definitely take some time getting used to, but the performance it delivers is simply undeniable,” Dasig explained.

Featuring just 3 cylinders, the 1.2L PureTech engine boasts of new performance and emission-reducing technologies such as a gasoline particulate filter that reduces emissions by more than 75%, optimized combustion cycles, and a compact form that maximizes vehicle aerodynamics and fuel efficiency.

The 1.6L THP engine on the other hand, continues Peugeot’s innovation in petrol engine technology that first debuted locally on the Peugeot 308 and 208 GTi. With a smaller displacement, the engine provides savings in weight while still delivering a large amount of power.

Aside from earning top marks in terms of performance, Peugeot’s 1.6L THP engine is also known for its best-in-class emissions in its respective segment. “Our 1.6L THP engine has one of the most frugal consumption and emission rates in its category,” Dasig explains. “Coupled with our robust Efficient Automatic Transmission 6 system, no fuel is wasted and power delivery is instant,” he added.

Both the THP and PureTech engines proved their high efficiency during this year’s Department of Energy Fuel Economy Run, a yearly benchmarking event held by the government that gives the official fuel efficiency ratings. The Peugeot 3008 SUV GT Line scored 16.84km/L while the Peugeot 2008 and 5008 SUVs scored 20.19km/L and 18.54km/L respectively.

“By combining power, performance, and best-in-class efficiency, our PureTech and THP engines represent our commitment to providing unparalleled driving experiences, while ensuring sustainability in the long run,” Dasig explained. “This also proves that big and fuel-hungry engines for an SUV are a thing of the past,” he added.

A NEW BREED OF SUVS

In a speech given to members of the automotive media, Peugeot Philippines’ President Glen Dasig has called the Peugeot 2008, 3008, and 5008 part of “a new breed of SUVs”. “This is our vision for the future,” Dasig said. “The Lion is awake and the wait was definitely worth it,” he added.

Customers may express their interest in any of Peugeot’s new SUVs by emailing info@Peugeot.ph.