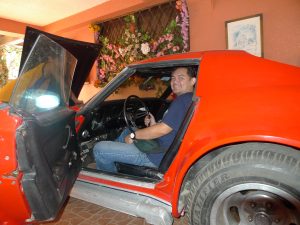 Most of my friends, especially those who know me really, really well, say that I’m an “old soul” when it comes to music and cars. I specially love old cars be it American, German, Italian, French or Japanese. Call it “vintage”, “classic”, “old school”, “collectible”, or sometimes, even “junk”, I just love them. Even my son, Chevy Martin, who’s just in his early teens, has developed a taste for old cars. He thinks that old cars have character and I wholeheartedly agree. Old cars have a certain charm that brand new cars seldom have. My friends used to tease me that I love old cars simply because they’re the only ones I can afford. It may be true then but it is not true anymore. 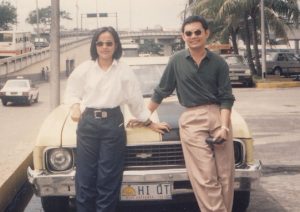 In 1993, I unintentionally got into the “old car” hobby when I bought a 1974 Chevrolet Nova. I wasn’t really in the market for a used American 2-door sedan but, at just P50,000, it was the only nice car I could afford at the time. As the dealer coordinator of a Japanese car manufacturer, I was assigned a company car that I wasn’t allowed to take home after a petty argument with my Filipino manager. So, the Nova seemed like a good idea at the time. My yellow American car with its big chrome 5-mph bumpers, 250-cubic-inch (4.0-liter) inline-6 engine, column-shift 3-speed automatic, and front bench seat stood out like the proverbial sore thumb in the company parking lot full of Japanese cars. Since I couldn’t take my company car home, I would drive my Nova to official corporate functions that were held after office hours. Our Japanese bosses started questioning my Filipino boss why I wasn’t driving my assigned company car. Our dealers started admiring my knack for old cars. 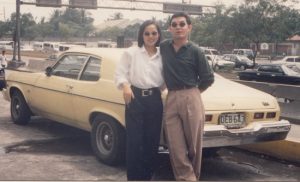 My then-girlfriend, now-wife Shawie and I and my ’74 Nova.

After I got a new job and a new company car in 1994, my Nova became sort of a “hobby” car simply because I couldn’t bear to part with it. I befriended a group of American car enthusiasts who usually hang out at the Greenhills parking area during Saturday nights. They taught me that V8 engines, rare options, and documented provenance were desirable features for a collectible American car. In 1996, after much prodding from the group that “Nova-dy likes a 6-cylinder Nova“, I acquired a tired but complete V8-powered 1971 Chevy Camaro with the sought-after Rally Sport split-bumper front end and U-bar shifter for the 3-speed automatic for only P60,000. I reluctantly sold my Nova to finance the Camaro’s mechanical restoration. 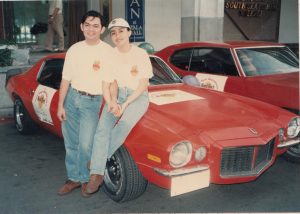 Shawie and I and my ’71 Camaro during the 2nd anniversary of Hard Rock Cafe Makati.

After spending another P30,000 in parts and labor costs, my Camaro became drivable again. I drove it to the Saturday night meets of the Everyday Holiday American Muscle Car Club, did a lot of tire burnouts and impromptu drag races, and got the distinction of being the only member to ever wear out the car’s tires, a set of tough B.F. Goodrich Belted T/A rubbers. On one occasion, I was approached by motocross legend Butch Chase who told me that he used to own a Camaro like mine and advised me to take good care of my car. On another occasion, I turned down an offer of P150,000 for my Camaro from Vic Yenko, who was helping a scion of a wealthy businessman complete his car collection.  Two years later, my Camaro underwent a cosmetic restoration and was displayed in the 1998 Trans Sport Show as a demo unit for the car electronics company that I was then working for. During the show, I got an offer of P500,000 after I spent a grand total of around P280,000 on the car. Nowadays, I get really crazy offers when people find out that I still have my Camaro and that it’s undergoing a procrastinated restoration at JSK Custom Paint and Auto Works. 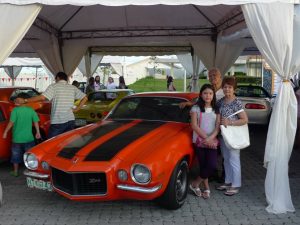 My dad Jimmy, mom Norma, and my daughter Vette and my Camaro at the All-Chevy Father’s Day Show at Nuvali in 2009. 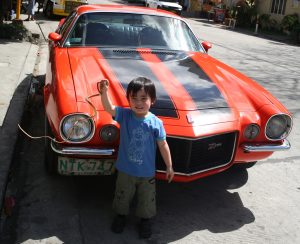 My son Chevy claimed my Camaro as “his car” when he was just 3 years old. 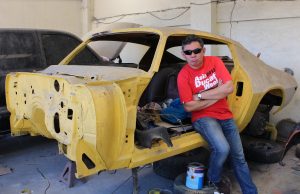 I then realized that the values of collectible American cars are greatly appreciating. I sold my Nova for the same amount I bought it for, even thought I’ve used it for three years, and it wasn’t even a collectible car at the time. My ’71 Camaro continues to appreciate in value, especially after the prices of first-generation Camaros (1967-1969) have become sky-high. With the muscle car craze nowadays, you couldn’t find cheap vintage American cars anymore. The asking prices of even the less desirable variants are becoming ridiculously absurd. Those who kept their old cars now smirk at wealthy buyers saying, “You may have more money than me but I have something you can’t buy.” It has indeed become a sellers’ market for old American cars. 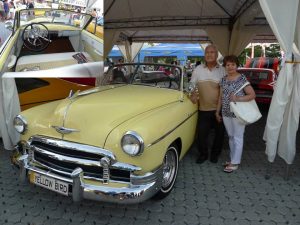 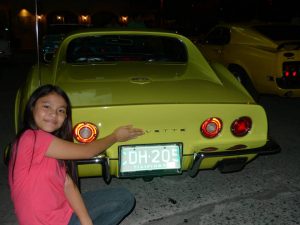 My daughter’s nickname is Vette but sadly, I can no longer afford to buy her a Corvette. 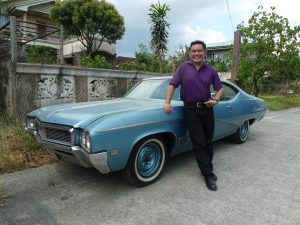 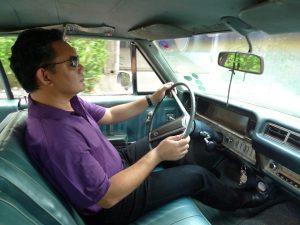 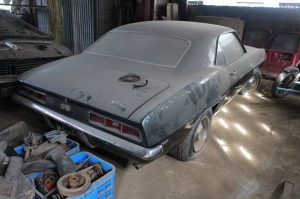 This barn find is a one-owner 1969 Camaro SS 350 survivor which is valued above P2M.

Lately, I find that the prices of once-common European cars like early Mercedes-Benz and Volkswagen models (especially German-made Beetles) have dramatically risen. With increasing interests in antiques and old cars as investments, even Japanese vehicles that were fairly common 30 to 40 years ago – like the Mitsubishi Minica, Lancer, Celeste and Galant; Toyota Starlet, Corolla, Corona, Cressida, Crown, Hilux and Land Cruiser FJ-series; to name a few – are now fetching ridiculously high prices, more so when it is well-preserved or meticulously restored. Well-maintained and well-documented one-owner classic cars fetch the best prices but there are some owners who cannot let go of their old cars for sentimental reasons – or for a whole lot of money. “Caveat emptor (Buyers beware)” is still the rule when buying old cars. 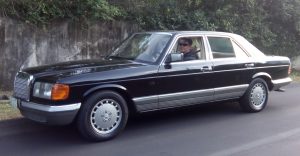 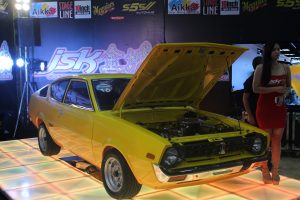 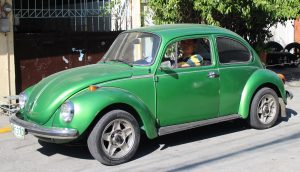 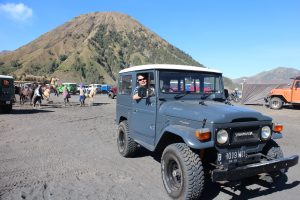 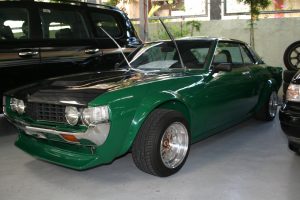 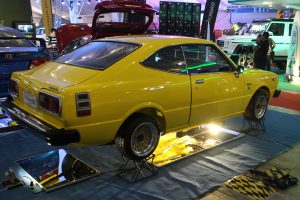 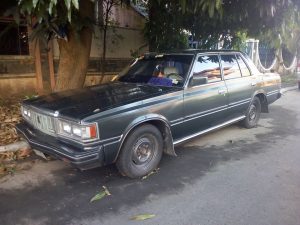 … and even Toyota Crowns from the ’80s, although collectors prefer earlier models with chrome bumpers.

It seems that the nostalgia for old cars is becoming an increasing demand that will soon overwhelm the dwindling supply. As we were taught in Economics, decreased supplies and increased demand will inevitably raise prices, thus prices of authentic vintage or classic cars will become predictably and inevitably stratospheric. Pretty soon, real car guys may not be able to afford the vintage, classic, old school or old European cars of their dreams. Old car aficionados like me always say, “They don’t make them like they used to”.  However, with the increasing prices and the increasing speculation on old classic cars, we might all end up saying, “We can’t afford them like we used to”. 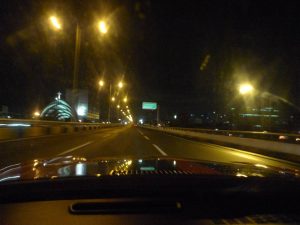 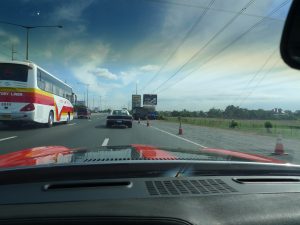 … or chasing another muscle car just like in the movies. 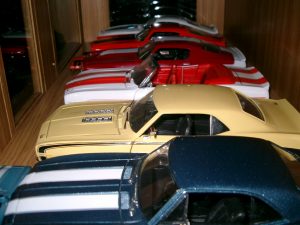 Even collecting 1:18 diecast scale models of American muscle cars is getting expensive!