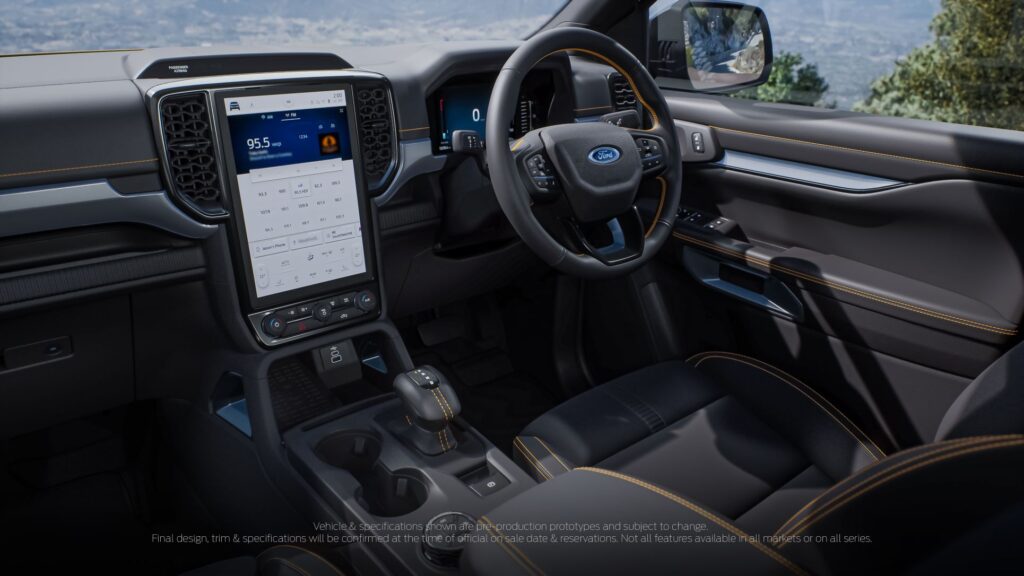 Ford knows customers want a pickup with a smart, functional interior with a high-level of well-integrated technology. And next-gen Ranger is the smartest Ranger ever, with an enhanced user experience that means owners can transition seamlessly from home or work to their vehicle.

From the new-generation SYNC®i 4A infotainment system to large-format screens that behave more like smartphones, and digital instrument displays replacing analog clusters, next-gen Ranger pushes the boundaries of what a smart truck should be with its customer-focused technology. 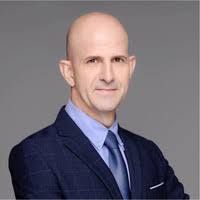 “Customers had an overwhelming response to the next-gen Ranger’s new interior design and the technologies our teams had integrated on the inside,” said Graham Pearson, Ranger vehicle program director. “Once again, Ranger will re-define the segment with a premium interior that clearly shows people don’t have to sacrifice interior comfort or technologies just because they desire a truck.”

Next-gen Ranger integrates Ford’s latest connectivity and driving technologies for a seamless connected experience whether customers are using their truck for work, family, or play.

An 8-inch colour, reconfigurable, digital instrument panel allows more information to be presented to the driver than an analog system. Additionally, the large-format, 10.1- or 12-inch infotainment screens, featuring Ford’s cutting-edge SYNC 4A communication and entertainment system, have helped declutter the dashboard.

The next-gen Ranger also takes lighting to the next level with full LED lighting for both front and rear, including available first-in-class Matrix LED headlights.

Next-gen Ranger has done away with a physical instrument cluster for things like the speedometer, replacing them with an 8-inch digital instrument panel that can be customised. These displays boast a start-up and farewell animation and a digital speedometer and tachometer. The graphics also feature realistic body-style avatars.

Depending on the variant, owners can toggle between layouts showing information such as driver-assist technologies, tachometer on or off and extra gauges. There’s also a ‘calm view’, which removes information on demand from the display.

Because next-gen Ranger features on- and off-road driving modes, the instrument panel displays a different theme for each selected drive mode, with animated mode changes when the driver scrolls from one to the other.

Smarter, Intuitive Connectivity with SYNC 4A:

At the heart of next-gen Ranger’s technology story is the SYNC 4A communications and entertainment system. This system offers wireless Apple CarPlay™ and Android Auto™ smartphone connectivity and displays the latest features used to make the SYNC4 A system easier to navigate.

Whether the next-gen Ranger is equipped with a 10.1- or a 12-inch infotainment screen, there’s a customisable split-screen setup with an information-on-demand panel always available at the bottom of the screen. This displays key information, like the user’s connected smartphone and more.

The team chose a large-format tablet screen because it allowed for a good depiction of navigation while still leaving room at the bottom of the screen for things such as climate and entertainment controls.

Many of the traditional driving mode controls have been moved from the dash and centre console to their own dedicated display on the SYNC screen.

For example, with one button press, drivers can go to Ranger’s dedicated off-road screen where they can monitor the driveline, steering angle, vehicle pitch, roll angles and other controls.

The cabin climate and entertainment can be controlled via the SYNC screen, with additional physical controls mounted just below the screen for quick and easy adjustments.

The screen is linked to a 360-degree camera to make parking a breeze in tight urban spaces or to assist when negotiating particularly tricky terrain while out exploring. The system allows the driver to see what’s in front of or behind the vehicle as well as a top-down view of the area around the vehicle, including blind spots, for added confidence.

The team fitted the higher variants of next-gen Ranger with a first-in-class, short-throw e-shifter and electric parking brake for a more high-tech feel. This change not only allows for greater accessibility for drivers, but also provides the opportunity for increased advanced driver assist systems (ADAS)iv.

Next-gen Ranger now allows customers to keep their smartphone wirelessly charged and connected to SYNC 4A via a charging pad at the base of the centre console. Smartphones also can be charged via a cable to a USB port or with the available 12V/240V sockets and the 400W inverter that bring power to the box.

With more and more drivers using dash cams, the team installed a high-mounted USB outlet alongside the rearview mirror. This Type-A USB outlet converts 12V power into 5V USB output and is designed to power an external GPS or dash camera. It also can be used to charge a smartphone, although this outlet isn’t connected to the SYNC 4A system.

Let There Be Light

Next-gen Ranger’s model-dependent segment-first Matrix LED headlights boast a raft of clever features, including auto dynamic levelling and speed dependent lighting that can adjust the intensity of the beam in front of the vehicle depending on the speed at which you’re travelling. The headlights also offer both static and dynamic bending capability as well as glare-free high-beams, which help block light that could otherwise temporarily blind other drivers and cyclists.

Next-gen Ranger also features a new climate control system with a compressor featuring variable-stroke technology. This technology improves refinement through reduced compressor cycling and reduced engine load resulting in fuel efficiency gains. Owners will be able to access the climate controls via SYNC 4A or hard buttons at the base of the screen. A new sensor is able to measure cabin temperature and humidity to quickly adjust modes and blower speeds to maintain a comfortable cabin in all weather conditions. For the first time on Ranger, rear console-mounted registers are available for automatic and manual systems, improving cabin comfort for those in the back seats.

“The new SYNC®i 4A screens are a huge change for Ranger, and the addition of the latest-generation SYNC 4A system delivers the sort of experience that customers expect from their smartphones. It’s got more computing power and better machine learning, and it’s more intuitive for users. More than that, we’ve been able to declutter the dashboard and make accessing vehicle settings both easier and quicker.”