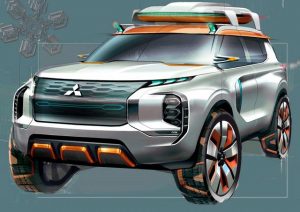 Don’t you find it strange that Mitsubishi Motors Corporation (MMC) debuted their next-generation plug-in hybrid electric vehicle (PHEV) sport utility vehicle (SUV) concept at the 89th Geneva International Motor Show in March and then announce a month later that their premium SUV, the Pajero/Montero, will be discontinued? Was the PHEV SUV concept just a styling exercise? Or is it a sign that the company will soon concentrate on PHEVs instead of large SUVs powered solely by internal combustion engines? Whatever Mitsubishi has in store seems to have us excited and intrigued at the same time. 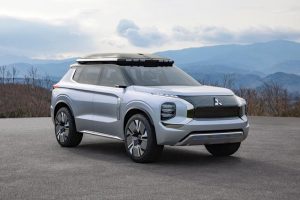 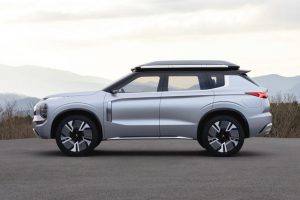 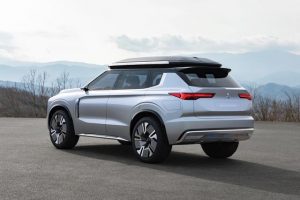 Take the Engelberg Tourer concept vehicle for instance: Embodying Mitsubishi’s “Drive your Ambition” corporate tagline, it uses the company’s established and advanced electrification and all-wheel control technologies to take the PHEV SUV idea to a whole new level. As more governments move toward banning internal combustion propulsion inside city centers to promote clean air, PHEVs and electric vehicles (EVs) are beginning to make more sense and cents. The Mitsubishi Outlander PHEV is a best-seller in Europe and the Engelberg Tourer concept vehicle is meant to showcase the adaptive nature of Mitsubishi’s twin-motor PHEV system. 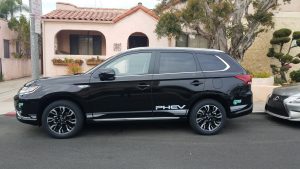 The concept vehicle uses a driveline that’s largely similar to the Outlander PHEV’s system where a 2.4-liter gasoline engine works with two electric motors – one at each axle. It also uses Mitsubishi’s Active Yaw Control to split the torque front and rear. Once the destination is programmed into the navigation system, the system will use all available weather, traffic, and road conditions data and information to fine-tune both the torque split and battery management. Mitsubishi claims a battery-only range of  around 70 kilometers and a fuel-and-battery range of 696 kilometers for this concept PHEV SUV. 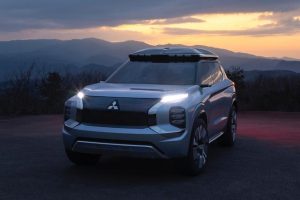 For those who are as intrigued as we are, the Engelberg Tourer was named after a Swiss ski town, the Engelberg-Titlis, to associate it more with its debut in Geneva. To emphasize the ski town connection, the bulge on the roof is actually a concealed carrier for snowboards. 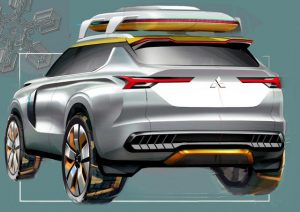 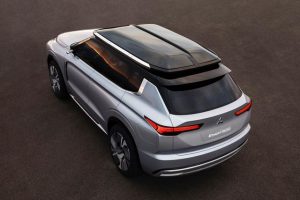 … and the bulge on the roof is a built-in carrier… 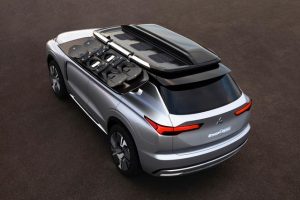 … to store snow boards or skis.

The concept PHEV SUV’s styling points to the future direction of Mitsubishi’s SUVs with several styling elements, like the large blanked-off grille, the high-mounted running lights, the sharp side body creases, and the vertical chrome element on the front doors, that can easily make it to production, if Mitsubishi wishes. While these styling directions may not be used in designing the now-defunct next-generation Pajero/Montero, these design cues may probably find their way into the future Montero Sport, Outlander, or Xpander. 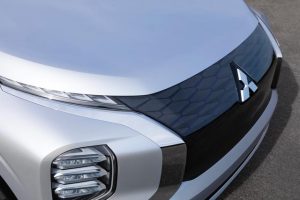 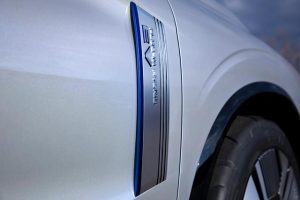 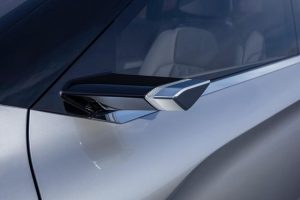 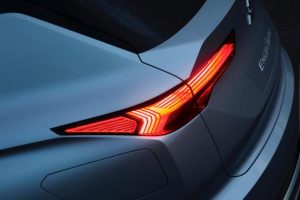 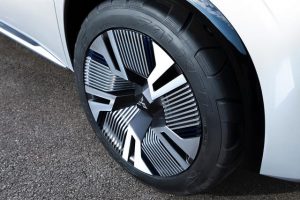 The interior features three rows of narrow seats that are designed to free up space to carry other skiing essentials like thick jackets, gloves, boots, goggles and helmets. 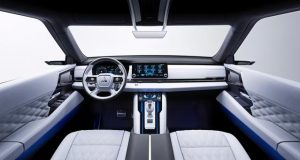 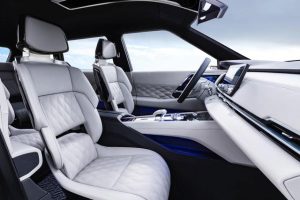 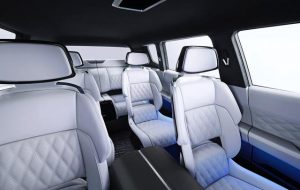 At the Geneva motor show, Mitsubishi gave demonstrations of the Dendo Drive House (DDH), the company’s new energy ecosystem which allows owners of electric vehicles to generate, store and share energy automatically between their vehicle and their home. The system uses solar panels, a home battery, a bidirectional charger, and the PHEV itself. The DDH system can use the solar panels to supply power for both the home and the PHEV battery. The DDH system can also use the PHEV’s battery to supply power to the house, further enhancing the value of PHEVs as Energy Assets in addition to Financial Assets. DDH is a vehicle-to-home (V2H) based system that will be offered to Outlander PHEV customers at Mitsubishi’s Japanese and European dealerships later this year. 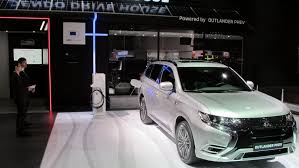 The DDH power sharing scheme between Home and PHEV. 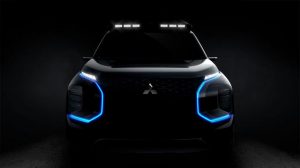 The Engelberg Tourer may be more than a PHEV with the DDH.