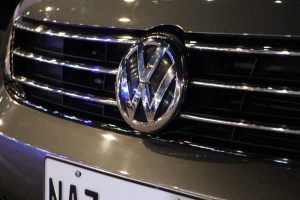 On a cool early Saturday evening (March 2, 2019), the parking area between the Volkswagen and Honda dealerships in the Bonifacio Global City (BGC) in Taguig became the venue for a street party-like event celebrating five years of growth for Volkswagen Philippines. The showroom of the VW BGC dealership became a virtual picnic area where registered guests can avail of treats from the partner-vendors like Purefood Tender Juicy Hotdogs, Krispy Kreme Doughnuts and Magnolia Ice Cream, get discounts from Thule and Graco, apply for a car loan from BPI Auto Loans, or just simply get a complimentary bag of  popcorn and a bottle of iced tea. 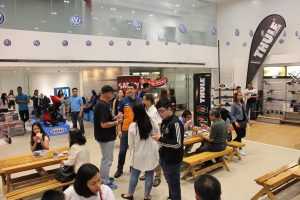 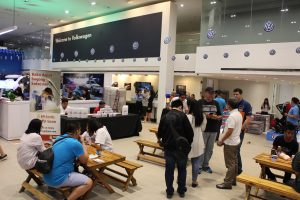 In the showroom, we bumped into Manny Aligada, the president of Kia Philippines, and Carl Decloedt, the head honcho of KTM Philippines. VW, Kia and KTM are part of the Ayala Corporation automotive brands and Mssrs. Aligada and Decloedt were there to support the VW event. We introduced these two gentlemen to our friend and guest, John Sullings, the distributor of KYT and Suomy motorcycle helmets in Australia, who visited the country for a couple of days at the beach in Boracay before going on to business in Malaysia. 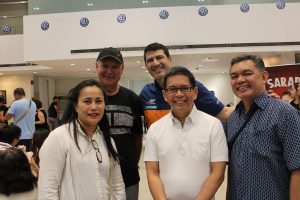 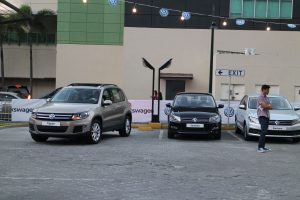 Test drive units were going in and out of the parking area, with big smiles from test drivers. 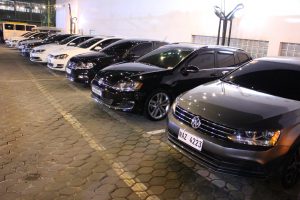 The parking area was filled up with various VW models from various car clubs. 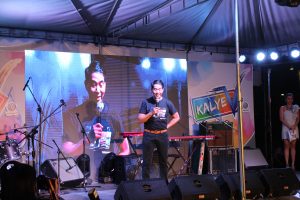 ACP President and COO Dino Santos excites the guests with what awaits them. 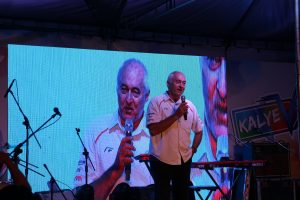 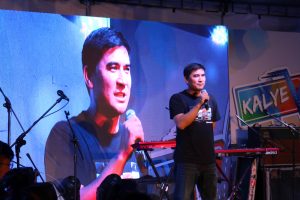 Aside from celebrating their fifth anniversary, VW Philippines also celebrated their expanding dealership network that includes Volkswagen BGC, Volkswagen Alabang Caltex, Volkswagen Quezon Avenue, Volkswagen Greenfield, and Volkswagen Cebu. To top their celebration, they gave hefty discounts to buyers of the Santana, Tiguan, and Lamando, and honored the first five Volkswagen car owners after the VW brand returned to the country. Live band performances capped off the event where everybody had a lot of fun and camaraderie. 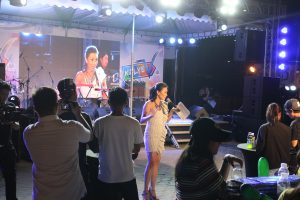 Issa Litton energizes the crowd with a game of Kahoots. 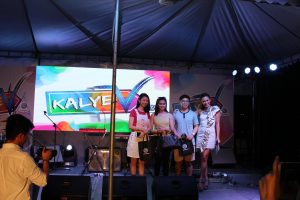 The winners of the Kahoots game receive their rewards. 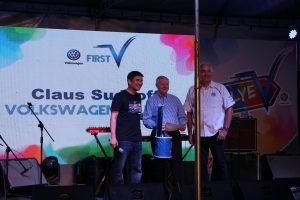 VW Philippines honors Claus Sudhoff, one of the first five VW owners in the country. 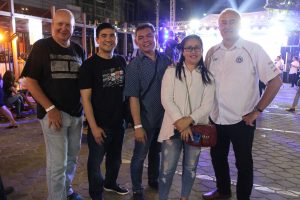 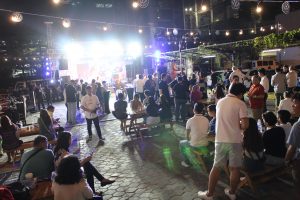