Few radio stations in Metro Manila stand the test of time and in this day of instant gratification, some may feel that radio has run its course. As the ipod generation has given way to the music streaming generation, radio has managed to stay in the mainstream.

In February of 1973, a radio station with the call letters DWLL broadcasting on 94.7 Mhz called itself Mellow Touch went on the air. Its format would become the precursor to what we know as easy listening today. In 2006, “Touch” was dropped and 94.7 retained “Mellow” and adjusted its playlist to a pop format, but selecting songs that even its former listeners would like and new, younger listeners would appreciate.

On February 2018, Mellow 94.7 will be turning 45, this was announced at Salvatore Cuomo in BGC on October 25th last week where they launched their campaign “Road to 45” by partnering with Isuzu Philippines Corporation (IPC).

They have customized Mellow 94.7 – Isuzu mu-X’s, which are going to be easy to spot as Foilacar has wrapped them in an eye catching Desert Tan scheme with big Mellow 94.7 and Isuzu mu-X Blue Power logos.

Mellow 94.7 and their partners Foilacar, Overland Philippines, Blade Auto Center, CTEK, PIAA, Blaupunkt, Black Rhino Philippines, Nitto Tires and Deestone Tires have lined up a lot of awesome activities like stick-ons, prize give-aways, photo contests and many more, for loyal listeners who “spot” the “Mellow mu-X’s” every week leading up to their 45th Anniversary. 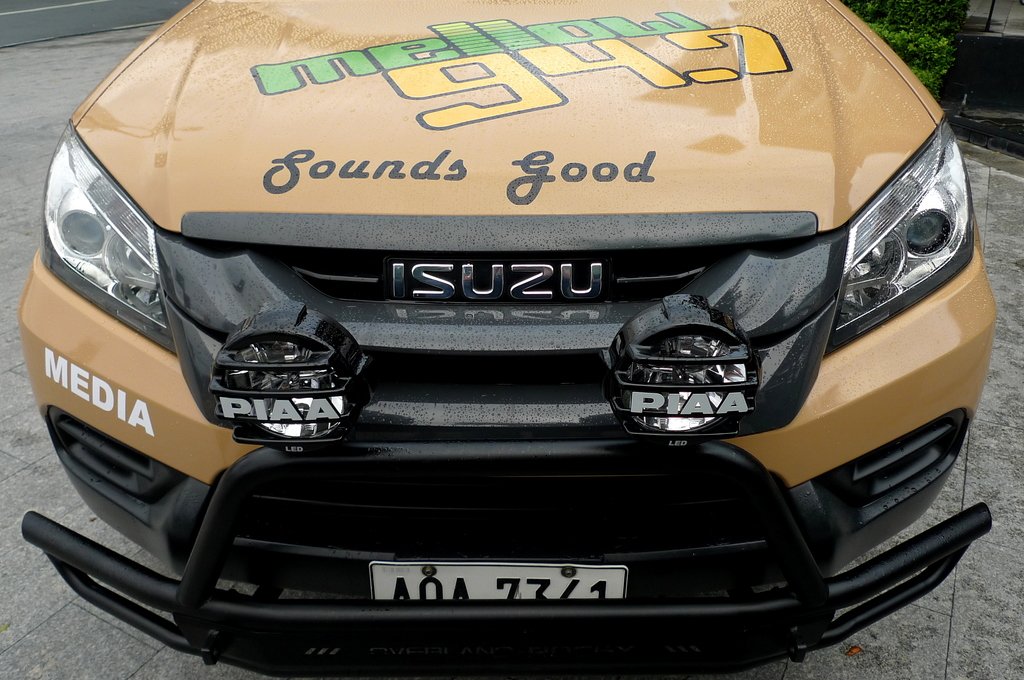 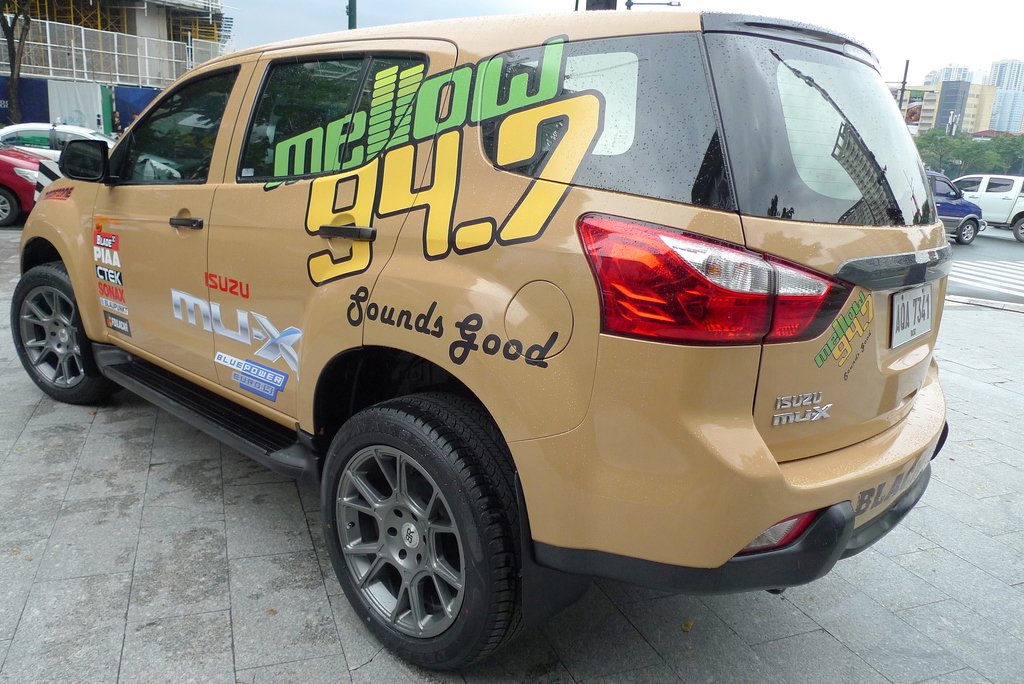 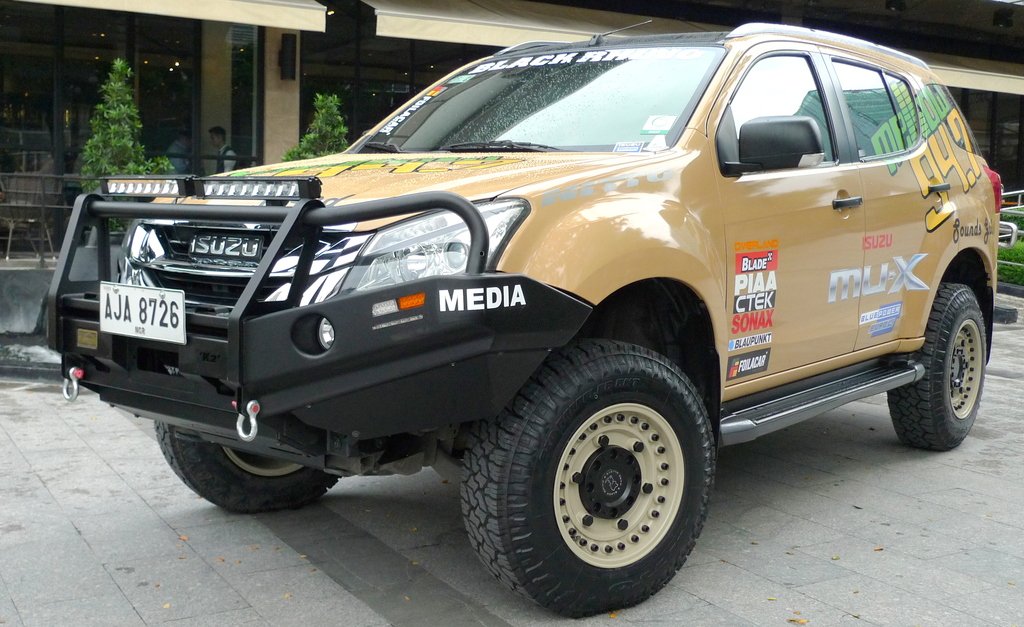 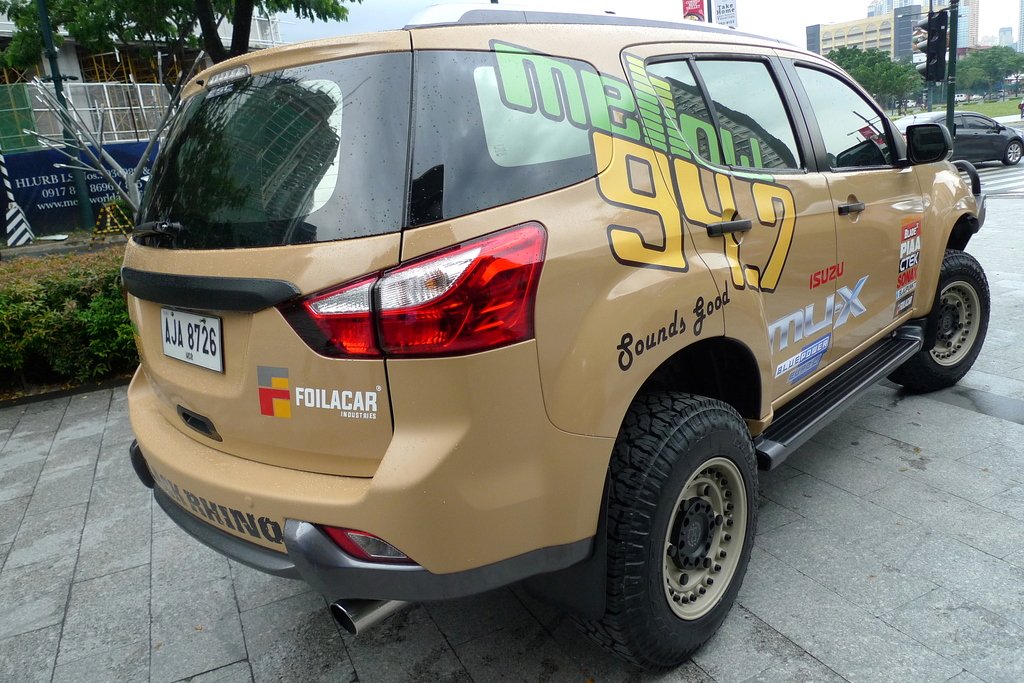 “Reaching 45 years is indeed a milestone and to be given the opportunity to celebrate is an opportunity to look back on the friends and our competition who have shaped us into what, and who we are and in anticipation of how we can further evolve to be the better version of ourselves. Just like our partnership with Isuzu, a company that through its existence has also evolved to be better will be the perfect companion on the road ahead.” says Luigi Vera, President, Mellow 94.7

“IPC has found a partner with Mellow 94.7 as we have a lot of things in common, having endured the test of time despite socio-economic changes and stiff competition. Today, we will start this new partnership as our newest product offering, the Isuzu mu-X equipped with Blue Power engine rides with Mellow 94.7 on their Road to 45. I am confident that our new mu-X will best represent the kind of cool, comfortable and relaxing ride that will go perfectly well with the sound of Mellow 94.7.” said Hajime Koso, President, IPC

The Mellow mu-X’s are both uniquely equipped, the 4×2 variant is set up for urban terrain and the 4×4 variant is ready to go off-road. These vehicles show that Mellow 94.7 is ready for what lies ahead and with dependable SUV’s like the Isuzu mu-X with their Euro 4 compliant Blue Power engines, set up by partners: Foilacar, Overland Philippines, Blade Auto Center, CTEK, PIAA, Blaupunkt, Black Rhino Philippines, Nitto Tires and Deestone Tires, Mellow 94.7 is ready to hit the road to 45.