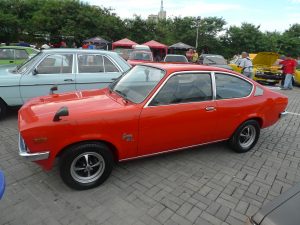 Sometime in  November 2010, I was at the parking lot of the Home Depot in Ortigas taking pictures of cars and the participants of the 7th anniversary of the Old Schooler Car Club when I found myself gravitating towards a well-restored Isuzu Gemini SL 2-door coupe with plate number NRT-798. Its orange hue must have pulled me to it since I have a 1971 Chevrolet Camaro RS painted in Hugger Orange with black stripes. Or it might be that I once admired a modified Isuzu Gemini that was driven by a friend of my brother when I was in high school. 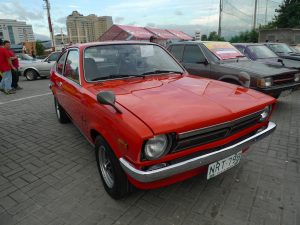 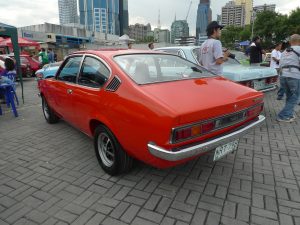 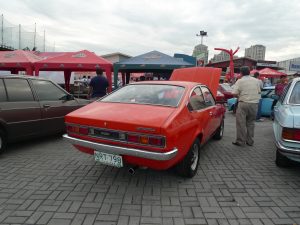 The owner of the orange first-generation Gemini was an old school car enthusiast who lovingly restored it and then decided to move on to the next project after the restoration was completed. I felt that his asking price was a bit too high but I could understand his predicament. He wanted his car to go to a good home, preferably to a new owner who can afford to love the Gemini as much as he did. Tempted as I was, I lamentably couldn’t afford the stiff price. However, that orange Gemini gave me the Old School bug. 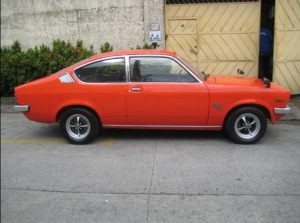 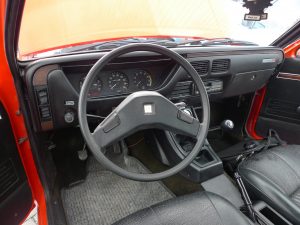 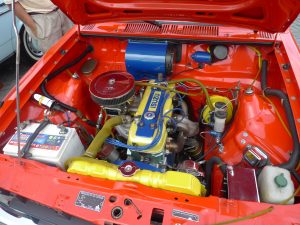 After being bitten by the Old School bug, I told my car buddies that I was on the lookout for an affordable Gemini project car. In December 2010, a friend referred me to a website where a member was selling a 1977 Isuzu Gemini SL (CAE-191), which was advertised as “all original” from its factory white paint to the factory-applied stripes. It even had all the engine bay stickers intact and was claimed to have no suspension problems; that the air-conditioner works well; and that the leatherette interior is intact and complete. 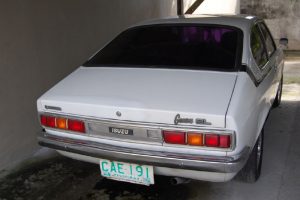 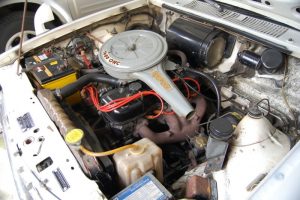 The asking price was still hefty at P160,000 but the best part was that the supposedly low-mileage Gemini was claimed to have only 2,000 kilometers on the clock. Again, I was tempted to give the seller a call but the timing was a bit off because at the time, I was in the midst of buying the shares of two of my business partners to gain majority control of my publishing company, Two-wheel Enthusiasts Network (TEN), Inc. So, regrettably, I had to pass, even though I can afford to buy it. When I attended an “eyeball” of the Vintage Cars of the Philippines (VCP) in December 2014, I bumped into the guy who bought the white Gemini. He maintained the car quite well, adding just the right period accessories, and he has vastly enjoyed the car while driving it around the country. At that time, I had our 1977 Mitsubishi Celeste 1600ST project car. 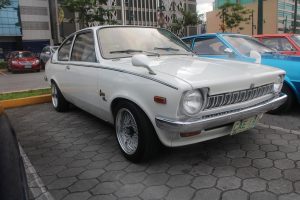 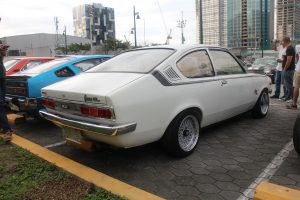 The Isuzu Gemini was based on the General Motors T-car platform that was launched in November 1974. The chassis code was PF50 and it came in 4-door sedan and 2-door coupe body styles with the front engine / rear wheel drive layout. Marketed then by the Philippine GM distributor, it was sold locally with the 1,584 cc single overhead camshaft (OHC) G161Z I4 4-cylinder engine mated to a 4-speed manual transmission and open differential. The 1.8-liter version with close-ratio 5-speed and limited-slip diff was never officially sold in the Philippines. 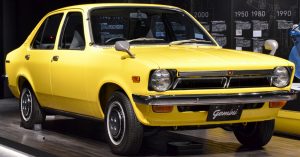 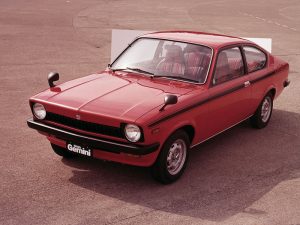 In June 1979, the Gemini received a new slant nose with rectangular headlights, a redesigned rear end, and a longer engine bay with a wider radiator opening to accommodate the new 4FB1 diesel engine. The diesel-powered sedan variants (PFD60) were introduced in 1980 and became the staple among taxi companies in the country. Even though the Gemini was selling very well, General Motors left the Philippines in 1983 because of the political turmoil, which left Isuzu to fill in GM’s void, but with commercial vehicles instead of cars. 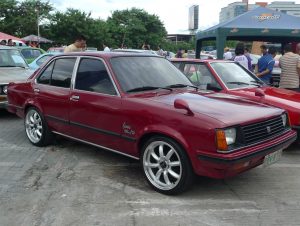 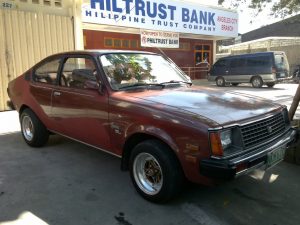 The Gemini nameplate continued in other countries and eventually evolved from rear-wheel-drive into front-wheel-drive by the late ‘80s. Fortunately, some Filipino car enthusiasts labored to preserve the first-generation Gemini, like my brother’s friend Lito Poblete, who kept his PF50 4-door sedan until he migrated to the US in the ‘90s. I used to fantasize about driving Lito’s metallic green Gemini that was lowered, had “banana” wheels, headers, a free-flow exhaust system, and a factory interior with an aftermarket Pioneer audio system. 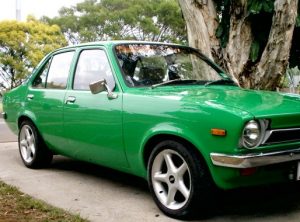 The Gemini PF50 of my brother’s friend is similar to this one.

Even today, I find the first-generation rear-drive Isuzu Gemini attractive and I would love to someday own a PF50 2-door coupe, once my meager funds allow. I hope to stumble across a nice Gemini coupe sometime in the future, and hopefully, the timing, as well as the state of my finances, will be right. Missed opportunities to fulfill a boyhood fantasy of owning a Gemini shouldn’t come thrice. 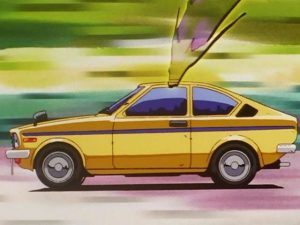