Don't Miss
Home > News > Launches > Horacio Pagani: The Man and His Dream is in Manila

Horacio Pagani: The Man and His Dream is in Manila 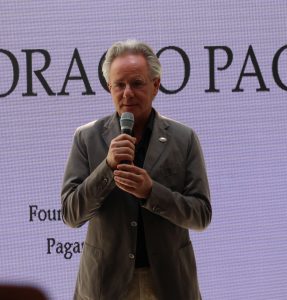 “Buon pomeriggio, signor Pagani. Mi chamo Lester Dizon di Power Wheels Magazine e Manila Standard”, I greeted the guest of honor in Italian. After all, it’s not every day that you get to meet an Italian supercar superstar. No, I was not in Italy but at the Presidential Suite of the historic Manila Hotel for the press conference organized by the Autohub Group of Companies. And yes, the man I was greeting was Horacio Pagani, the Argentine mechanical engineer, designer, founder and chairman of Pagani Automobili Modena S.p.A., the Italian hypercar company. 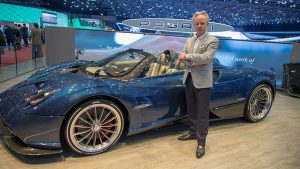 Born November 10, 1955 in rural Argentina, Pagani took an interest in engineering and in Italian automobiles at a young age. Inspired by Leonardo di Vinci, he opened a small shop where he worked at a very young age and gained a lot of valuable experience in craftsmanship. His mechanical engineering skills were recognized while working at Renault, where he designed staggering improvements to the body of the company’s racing cars. At the age of 20, Pagani had designed and built his first Formula 3 (F3) race car. 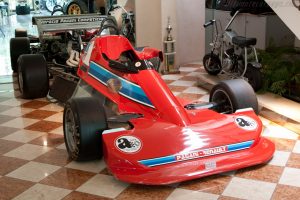 The Move to Modena

Pagani met with Giulio Alfieri, the chief technical director of Lamborghini S.p.A., and in 1982, he was hired by the Italian sports car maker. He began working basic jobs such as sweeping the shop floors but he was persistent and worked his way up the company until he became the chief engineer at Lamborghini. He was instrumental in the development of several milestone Lamborghini models, including the Countach Evoluzione concept. His passion with advanced technology and weight reduction led him to the use and development of carbon fiber. 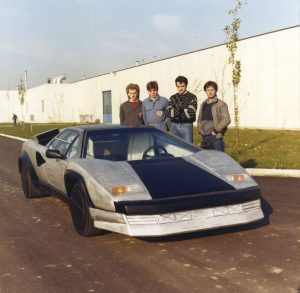 He tried to persuade Lamborghini to buy an autoclave to extend the production of the carbon parts for the Evoluzione but they refused, citing that their rival Ferrari did not have an autoclave so there’s no need for one. Pagani borrowed the capital from a sympathetic banker to buy his own autoclave in 1987 and began producing carbon fiber parts for Lamborghini. In 1991, he broke away from the car company and founded Modena Design to concentrate on the production of carbon fiber components for Formula One (F1) cars, for automakers like Daimler and Ferrari and motorcycle companies like Aprilia, and for aviation, sports, medical, military and other applications. 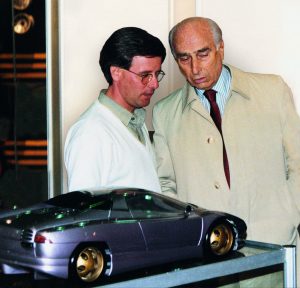 A young Horacio Pagani and the Maestro, Juan Manuel Fangio.

In 1992, Horacio founded Pagani Automobili Modena and started working on his ideal supercar, which what the high-end Ferrari and Lamborghini models were called at the time. Drawing inspiration from jet fighters, Patek Philippe watches, and the works of Leonardo di Vinci, Pagani combined Art and Science in the design of his automobile. During development, he planned to name it as the “Fangio F1” after Formula One champion and driving legend Juan Manuel Fangio, who was an Argentine like himself, but after the Maestro’s death in 1995, Pagani renamed it the “Zonda” after the colloquial term for the air current above Argentina. 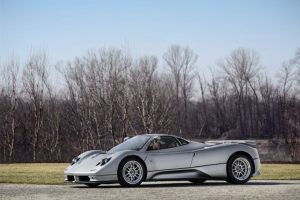 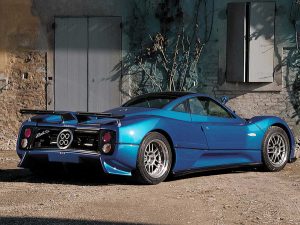 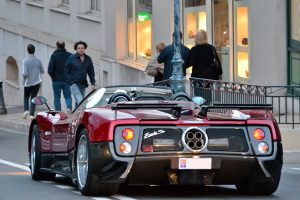 In 1999, after seven years of development, Pagani finally launched his Zonda C12, a mid-engine sports car that featured lightweight construction using carbon fiber and titanium pieces, a 454hp 6.0-liter Mercedes-Benz V12, 5-speed transmission, and a 0-100kph time of 4.0 seconds. From 1999 to 2017, the company evolved the Zonda, including the use of a quad-cam twin turbo AMG V12 and a sequential 7-speed transmission, but kept it exclusive, producing around 135 coupé, roadster, and barchetta variants, and paved the way for a new class of supercars – the hypercar. At 2011 Geneva Motor Show, Pagani introduced his second car,  the Huayra, which was named after Huayra-tata, the Quechua wind god. It had a base price of €850,000 ($1.1M or P58M before taxes) and was named as “The Hypercar of the Year 2012” by BBC Top Gear magazine. To further its exclusivity, only 100 Huayra hypercars were produced as part of Pagani’s agreement with engine supplier Mercedes-AMG. 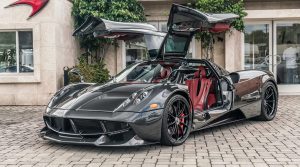 Opening up the Huayra’s body panels.

2019 marked the 20th year of the debut of the Pagani Zonda C12. Also celebrating its 20th Anniversary, the Autohub Group of Companies, led by the its president Willy Tee Ten, invited Horacio Pagani to Manila to grace the announcement of their appointment as the Exclusive Selling Agent for Pagani Automobiles in the Philippines. During the open forum, Pagani recalled that after meeting Willy Tee Ten and Owee Cruz in Shanghai, China in 2015 and after their visit to the Pagani factory in Modena in November of that year, he felt a connection with the couple because of their warmth and their passion for automobiles. “It must have been a Latin connection”, he joked in Italian. 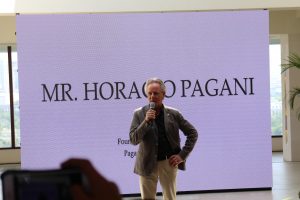 Pagani talks passionately about his love for automobiles and looks forward to the Philippine market. 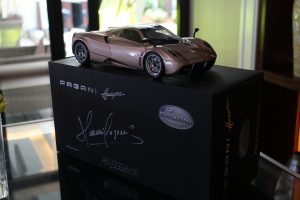 A 1:18 scale model of the Huayra bears Pagani’s signature on the box… 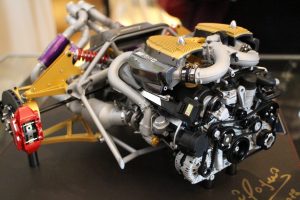 … as does a scale model of the quad-cam twin turbo AMG V12 and rear subframe assembly.

For his part, Willy Tee Ten finds Pagani a very humble guy, despite being a talented engineer, designer and automotive superstar, and especially after creating a new hypercar market niche. “After our meetings in China, Italy, and at the Macau Grand Prix in 2018, we extended our invitation for signor Horacio to visit Manila”, stated the dynamic Autohub Group president. “And now, he’s finally here and I’m personally looking forward to seeing Pagani hypercars on the Philippine roads very soon.” To those lucky enthusiasts who can afford these €2M hypercars, we can only say one thing: We envy you. To Horacio Pagani, we say: Grazie molto, signor! Muchas gracias, señor! We hope to experience a drive in one of your hypercars soon! 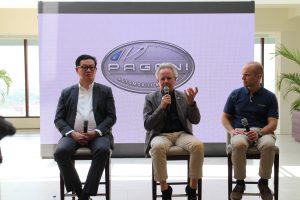 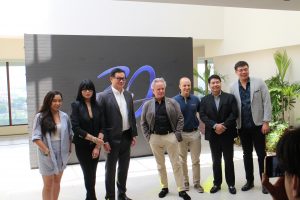