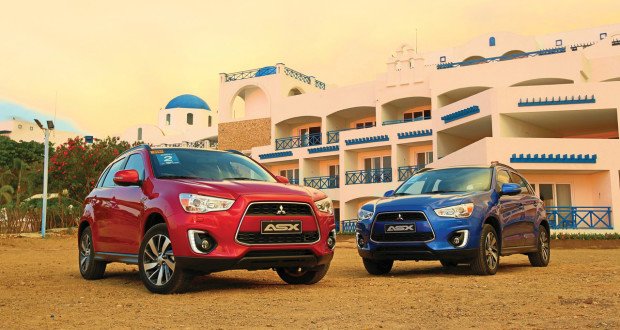 Heart is all that matters – Mitsubishi ASX Drive

When it comes to mid-cycle facelifts, carmakers often tout something. This is all brochure (and press release) worthy, but what about something that substantially changes the driving dynamics? You know, the one that really matters to the guy behind the wheel? Mitsubishi has done exactly that and the result is the 2015 ASX: a crossover that runs better and smoother than ever before.

Before going to the meat of the matter, it’s still worth nothing that Mitsubishi hasn’t passed this opportunity to modernize the ASX’s looks. With a name abbreviated from “Active Sports Crossover”, it certainly looks the part with its chunky proportions coupled with short overhangs and a long wheelbase. It’s hard to imagine this vehicle’s been on the market since 2010 because it still looks fresh. At the front, it gets a new re-sculpted jet-fighter grille sandwiched by new super wide-range HID headlamps with retractable washers. At the sides, the ASX flaunt new 17-inch alloy wheels with a two-toned black-and-silver finish elevating its character.

The premium and sporty approach is echoed in the 2015 ASX’s interior that features a longer list of standard features. In the range-topping GSR variant, the ASX now has leather seats with contrasting white stitching. The all-black interior is accentuated by matte carbon fiber accents on the center panel while high-gloss metallic trim on the instrument cluster and shifter do a great job of breaking the color monotony. New for this year is the addition of cruise control and a push-button start/stop across the line.

You cannot talk about the 2015 ASX without touching on the panoramic glass roof. The expansive glass roof doesn’t open like a sunroof would, but it does let the sky in with a glass roof that extends the entire length of the cabin. Seeing the accordion-style covering slide away is magical in itself and then you add the LED roof lamps.

Combing through the specification sheets, nothing has changed with the ASX when it comes to its engine. It’s still using the tried-and-tested 2.0-liter 4B11 4-cylinder engine shared with the Lancer EX. It still makes 150 horsepower at 6,000 rpm and 197 Nm of torque at 4,200 rpm. The improved performance is courtesy of the new INVECS-III CVT transmission. And this isn’t just a simple re-program either. Mitsubishi has put in an entirely new transmission unit that’s 15 kilograms lighter. This actually makes the 2015 ASX lighter by 10 kilograms compared to the Lancer EX 2.0 GTA. Next, it features revised ratios, including a higher final drive for improved fuel efficiency.

Putting these changes to the test, Mitsubishi Motors Philippines Corporation organized a series of lengthy drives from Manila. The first destination took the group to Thunderbird Resort while the next one brought everyone to Anvaya Cove. In both cases however, the improved performance o f the ASX is appreciated. From the starting point, the new transmission is immediately noticeable because power delivery is near instantaneous. The rubber band sensation of the old CVT is now gone. The ASX is remarkably quiet even when hitting triple digit speeds with just a hint of tire noise. As a driver, the CVT’s revised ratios are very welcome. 100 km/h is achieved with less than 2,000 rpm registering on the tachometer while the cruise control helps avoid speeding tickets.

It may have been four years since its debut, but the Mitsubishi ASX is one forever young crossover. In fact, in its 2015 form, it actually feels and drives younger than when it first came out. Some will miss the loss of all-wheel drive, but with a much more competitive price point now, who’s honestly going to miss it?

As Uly got to drive the ASX to La Union, I got to drive the ASX with another group of media to Anvaya Cove. We got to see exactly how different this new-er ASX was from the previous release especially once we got off the SCTEX and made our way through the winding hillside roads of SBMA through Morong Gate to Anvaya Cove. I feel we had a better time than the guys who went to La Union, even if our drive was markedly shorter, we experienced more of the ASX’s handling abilities in and around SBMA.

As you can see, its still looks really good and is a photogenic vehicle. We had fun shooting it around the different areas in the former US Naval base which in itself was a good way of experiencing this crossover SUV as our shoot locations were quite a distance from each other. On the whole, Mitsubishi found a way to make something good, even better.
(Neil Pagulayan)