General Motors (GM) has donated roughly fifty (50) Chevrolet Tahoe full-size sport utility vehicles (SUVs) to the Ukrainian Ministry of Infrastructure. These vehicles are intended to be used to transport civilians out of active war zones and for other humanitarian aid purposes. 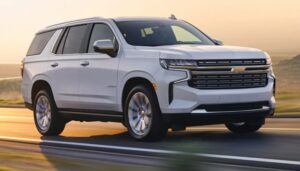 According to The Detroit Free Press, Ukrainian government officials first approached GM to request assistance about four weeks ago. They asked the American automaker if it could provide large vehicles to help move people to safe regions of the country amid the ongoing conflict with Russia. GM immediately put one of its international teams on the job, with the automaker partnering with international logistics company Maersk to deliver about 50 Chevrolet Tahoe SUVs to the war-afflicted country over the weekend. 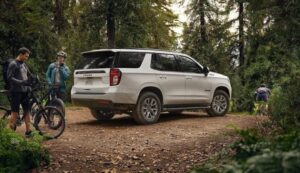 “The vehicles will be used to assist with humanitarian aid in the region,” GM spokesman George Svigos told the Free Press. “The decision to donate vehicles was made following a request from the Embassy of Ukraine in Washington.”

All Chevy Tahoe models delivered to Ukraine were pulled from a pool of international vehicles that were not bound for sale in the United States. The vehicles were shipped into Ukraine through a Polish military logistics hub, with Polish military officials helping to get the vehicles across the border. 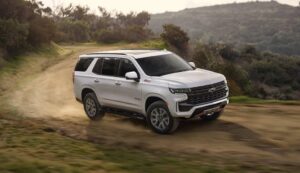 In early March, GM donated $250,000 to the International Rescue Committee, which is a New York-based non-profit focused on global humanitarian aid and relief. At the time, GM said this money will be used to help relocate and look after displaced Ukrainian people. The automaker is also matching employee donations of up to $50,000 to select non-profit agencies working to address the humanitarian crisis in Ukraine.

“Our thoughts are with the people of Ukraine at this time,” GM said in a statement released last month. “The loss of life is a tragedy and our overriding concern is for the safety of people in the region.”

GM has stopped all business operations in Russia because of the country’s invasion of Ukraine and, as a result, has also closed its offices there until further notice. 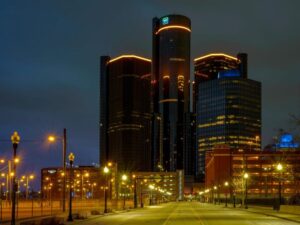