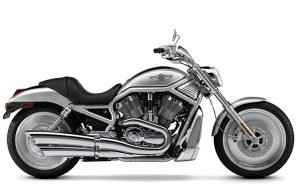 On the wall in front of my desk in our home-office hangs a framed poster of a 2001 Harley-Davidson V-Rod (VRSCA) parked in front of the Milwaukee factory of The Motorcycle Company. The large poster came inserted in a special issue of a foreign motorcycle magazine that featured the V-Rod’s introduction. My wife Shawie had the poster framed in 2002 as a gift that I can hang in my office after I went on hiatus from the corporate world and tried my hand in motoring journalism. 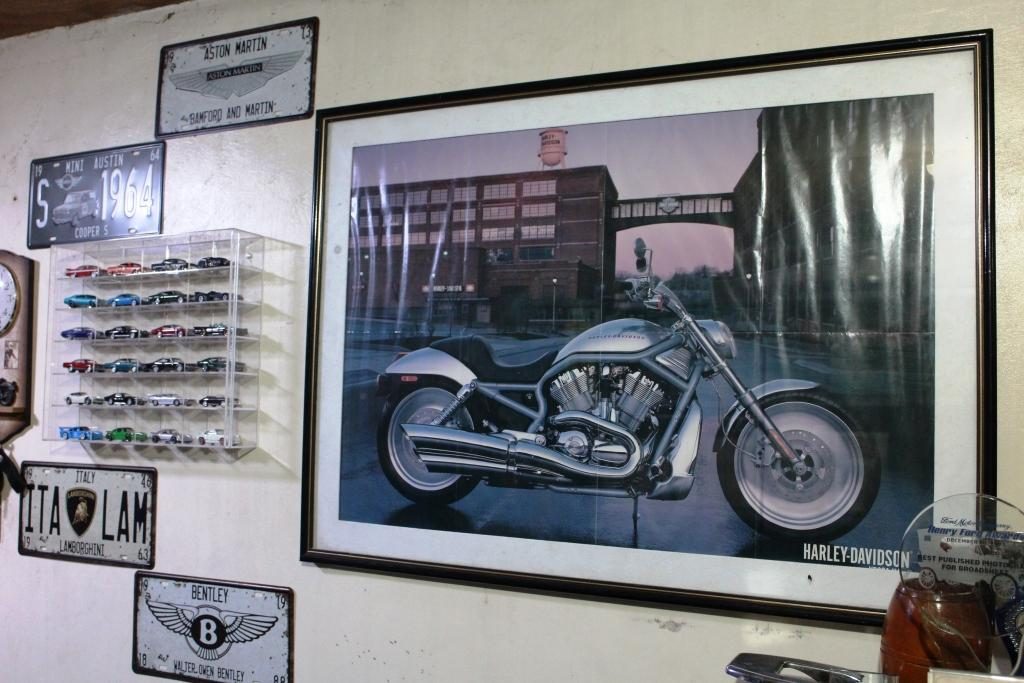 I contributed motoring stories as a writer for several publications for a couple of years and each time that I sat down on my desk to work, I would longingly gaze at the framed poster of the V-Rod and wonder what it would be like to ride a 285-kilogram cruiser that churns out 115 horsepower at 8,250 rpm and a 77.5 ft-lbs of torque at 6,600 rpm. At the time, I can only wonder and dream because there was no Harley-Davidson dealership in the Philippines in 2002, just importers. 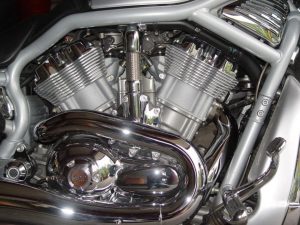 The Harley-Davidson Motor Company has been hard at work on the VRSCA for five years before its introduction in July 12, 2001. It was the company’s first liquid-cooled sports cruiser and its Revolution motor is the first completely new motor platform for Harley since the K model was introduced in 1957. It was an all-new fuel-injected, computer-controlled 1130cc 60-degree V-twin that evolved from Harley’s V1000 racing engine and was developed in collaboration with German sports carmaker Porsche. 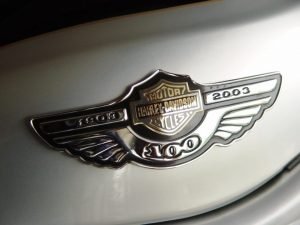 The faux fuel tank is actually an aluminum cover for the air box and dual-downdraft fuel injectors while fuel is stored in a tank located under the seat where the oil tank of traditional Harleys used to be. The hydro formed frame provides improved rigidity and a flawlessly muscular look for the V-Rod. The more I look at the poster and the more that I read about the V-Rod, the more I longed to ride one. 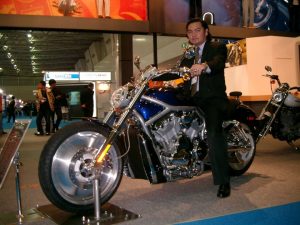 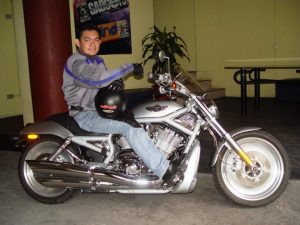 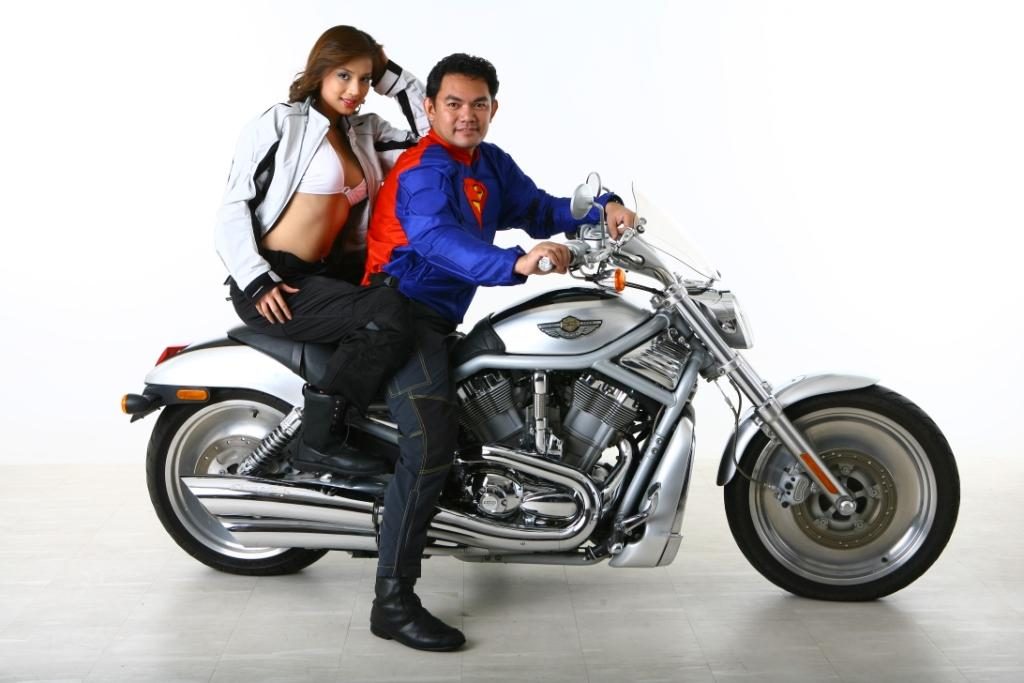 … that was used for a MotorCycle Magazine photo shoot with actress Jen Hernandez.

Here’s the part where I say, “Be careful with what you wish for”. In 2003, I went to the Tokyo Motor Show and sat on a V-Rod at the Harley-Davidson pavilion. In 2006, we put up MotorCycle Magazine and for our third issue, we were able to borrow a 100th Anniversary Edition 2003 V-Rod from an importer-friend of ours, Nani Pacuguin. The cruiser came with an optional Screaming Eagle exhaust that gave me goose bumps. The best part is that Nani let me ride the V-Rod for a whole day! Man, what a day that was! 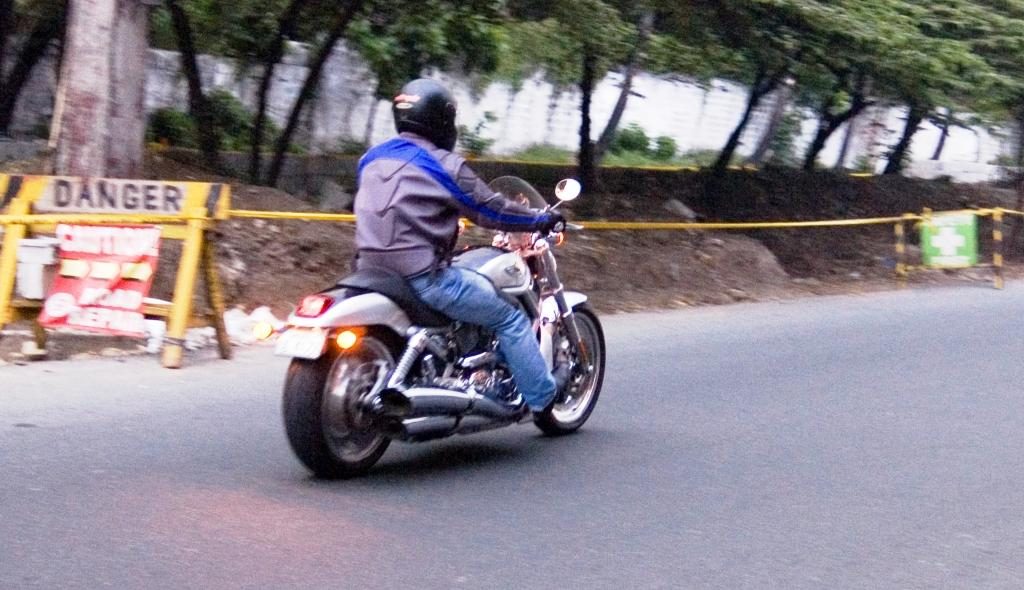 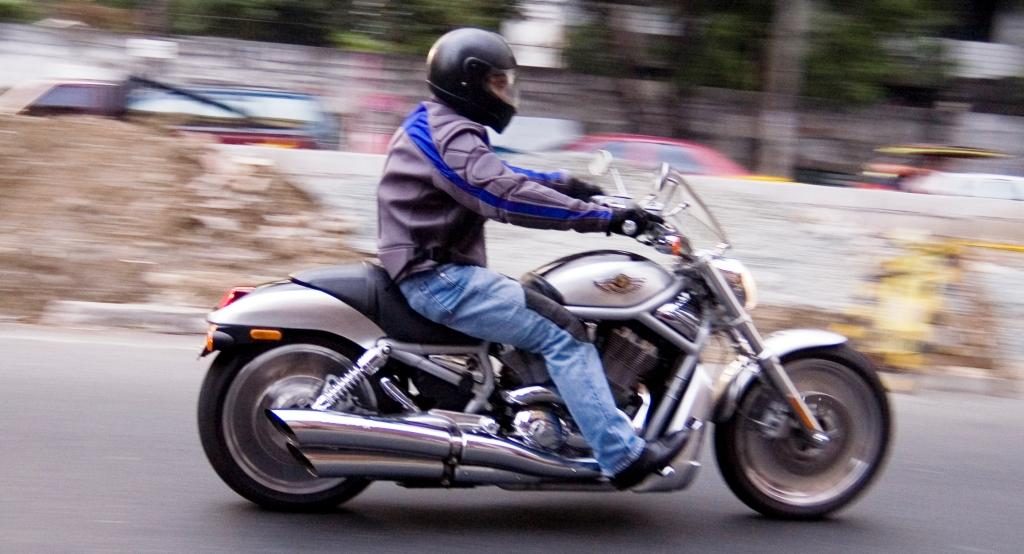 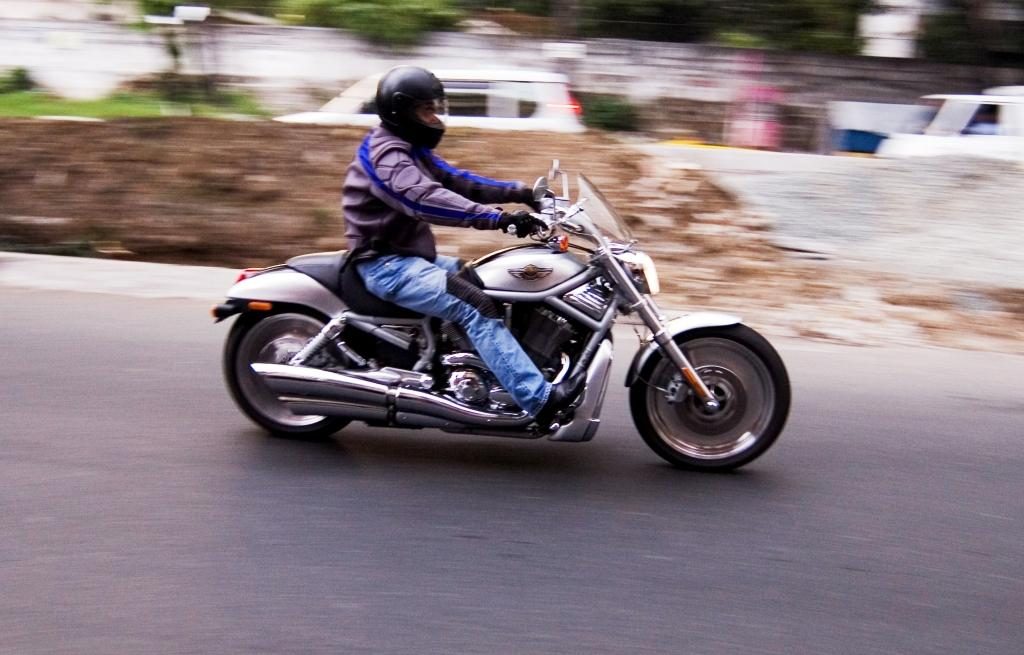 Having checked off my bucket list to ride a Harley-Davidson V-Rod, I then wanted to own one. But with a growing family and a new business, I couldn’t afford one. However, I was lucky enough to be able to grab a Maisto 1:18 scale model of the V-Rod and it was the same aluminum silver color as the bike I rode. 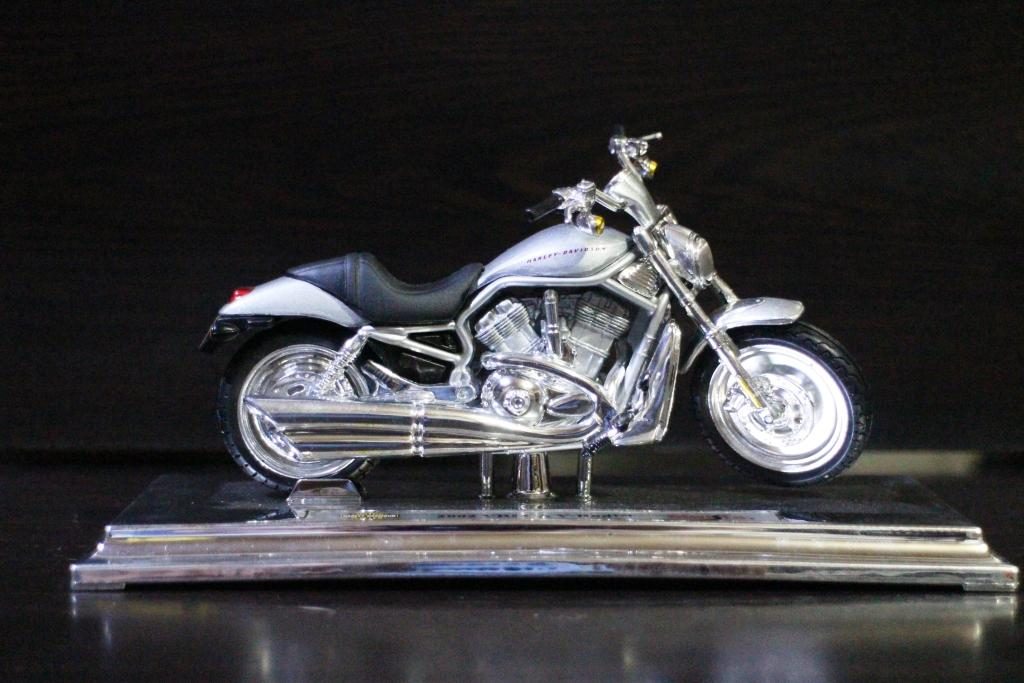 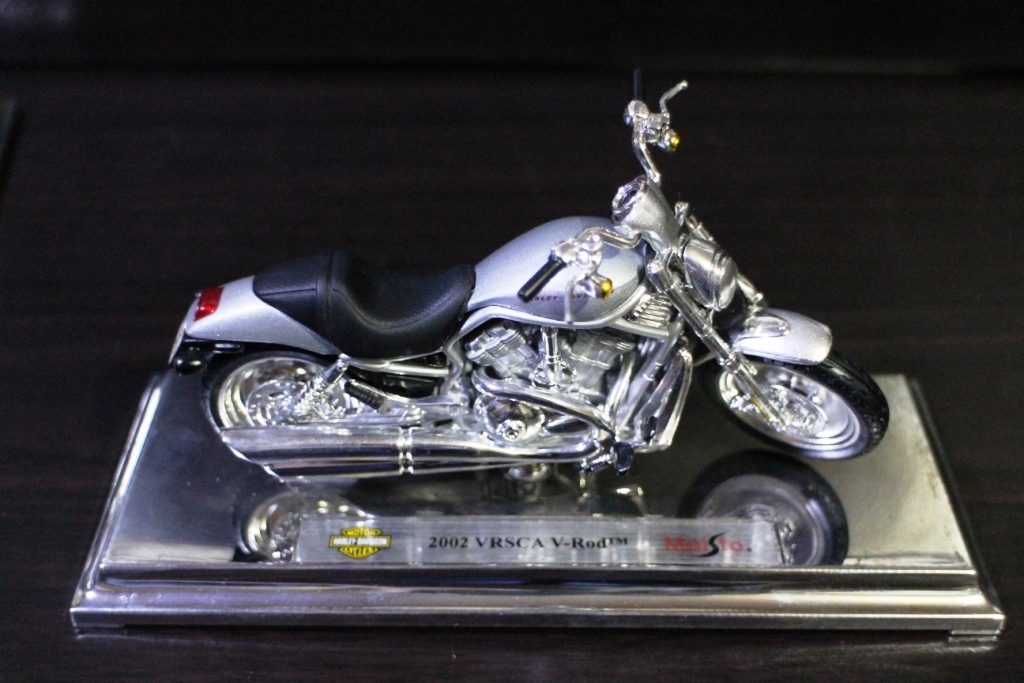 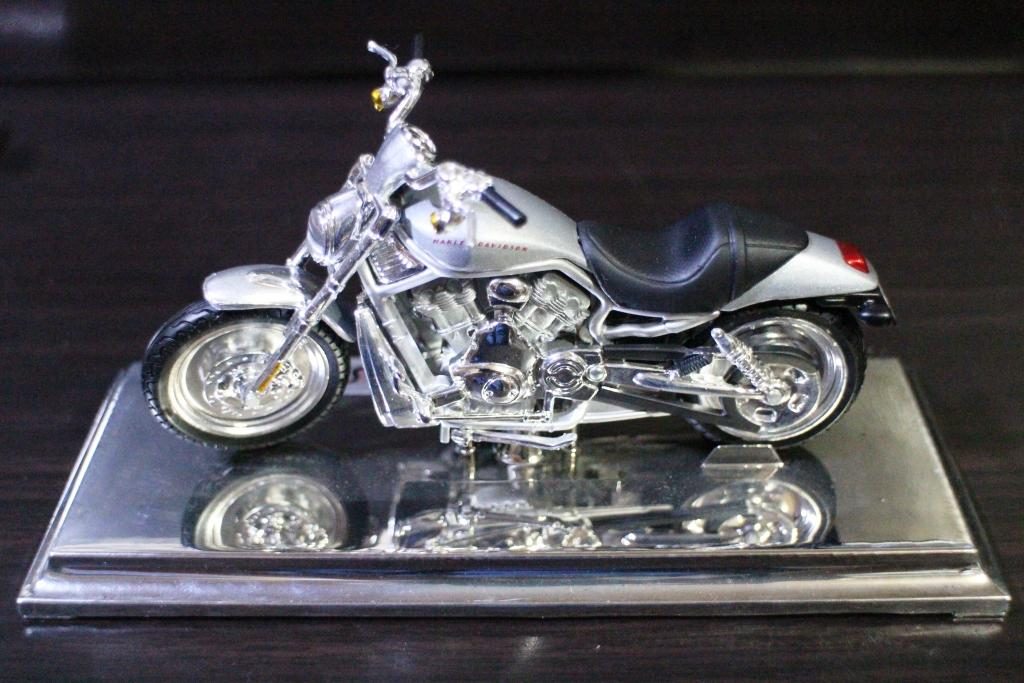 And then, a couple of years later, one of our loyal readers of the magazine, Warren Antropik, gifted me with another Maisto 1:18 V-Rod, but this time it was finished in orange with yellow flames, which is a special order paint scheme from the Harley factory. The model bike was a nice and welcome gesture from Warren (God bless his soul), who we featured in the magazine as well. 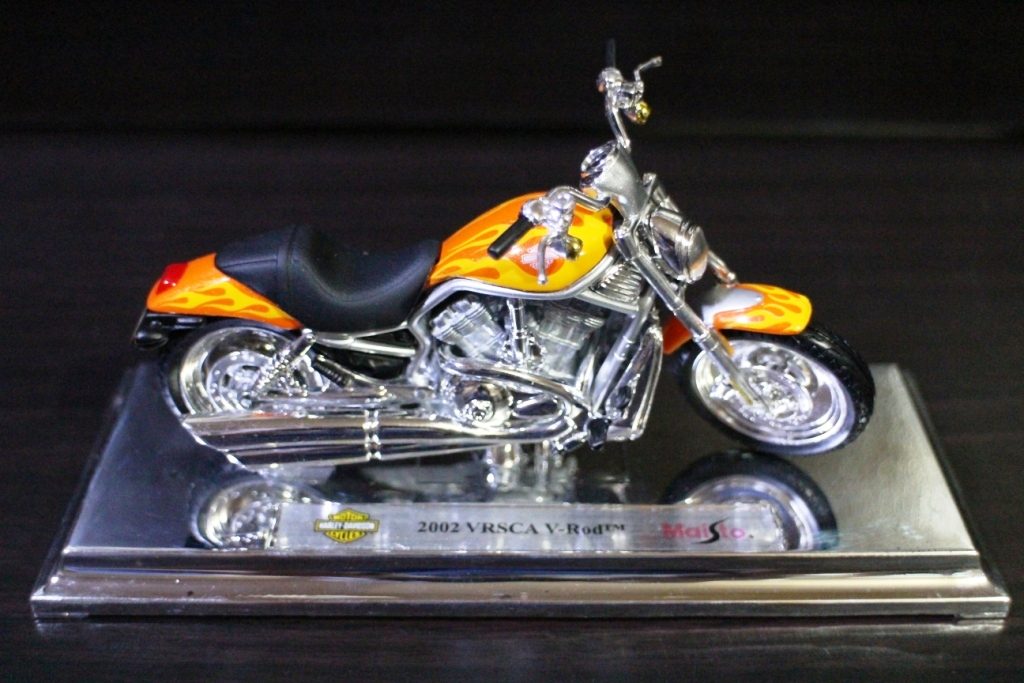 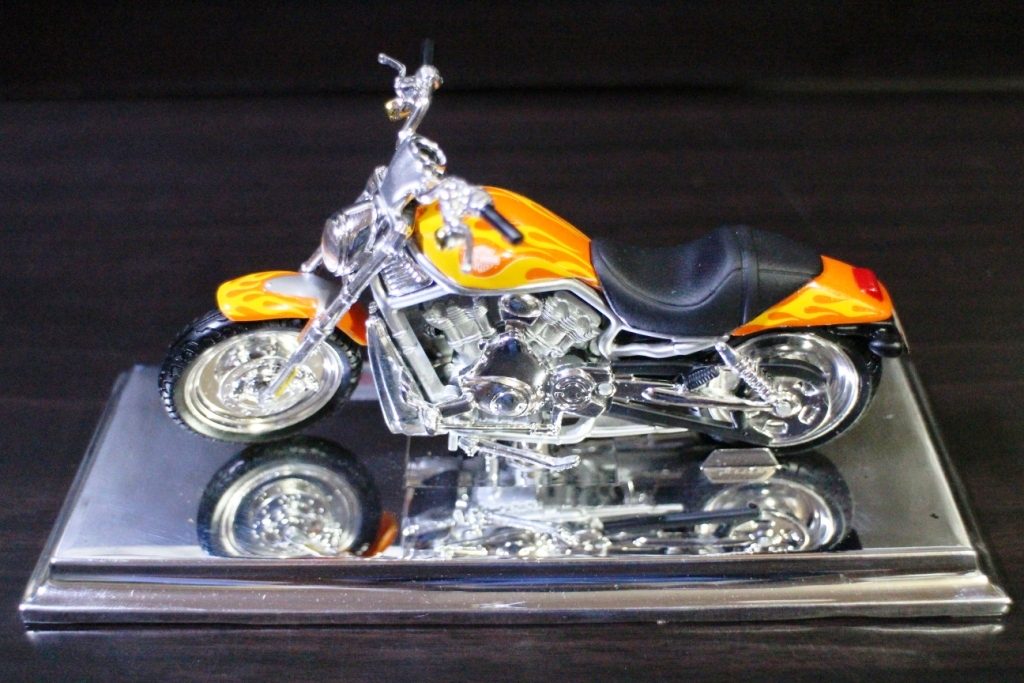 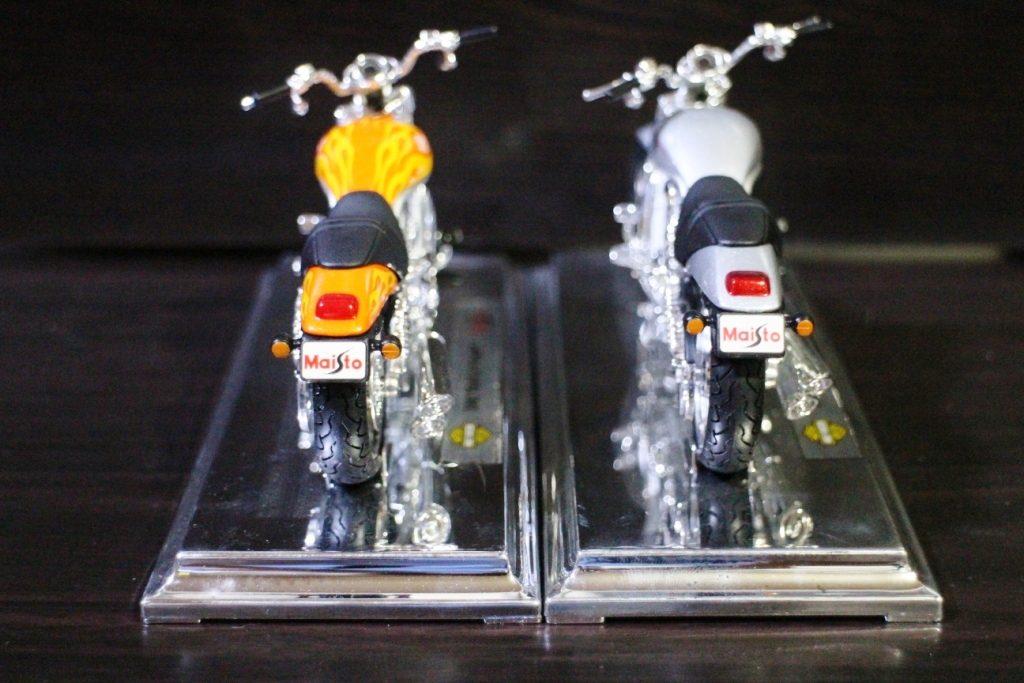 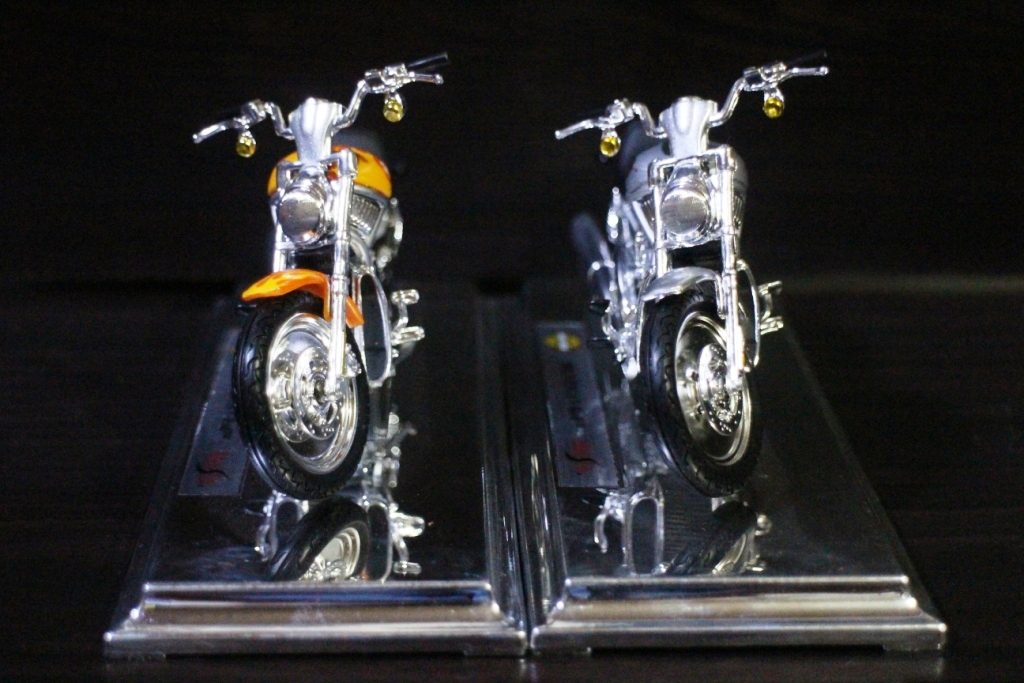 When CATS Motors / Auto Nation Group (ANG) opened their Harley-Davidson of Manila dealerships, I was fortunate to test-ride most of their demo motorcycles including a Night Rod V-Rod (VSRCDX) that I had for a whole week! Thus, my dream of riding a V-Rod happened not only once, but twice, and I enjoyed every minute of it. The Motor Company may have dropped the V-Rod from its model line-up in 2018 but I haven’t stopped dreaming about them. I hope to complement my two 1:18 scale models with an actual 1:1 scale V-Rod in the near future. Fingers crossed. 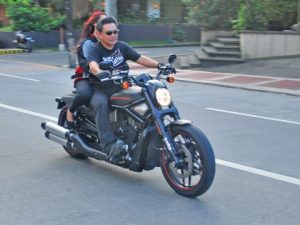 The author on top a Harley-Davidson V-Rod Night Rod for a photo shoot. 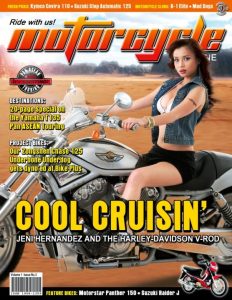 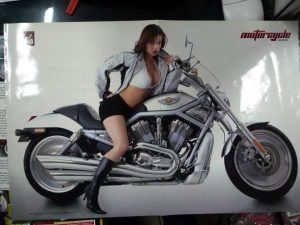 … and the sexy centerfold of that magazine issue.

To see other scale model cars and motorcycles that we have previously posted here in the Power Wheels website, please click “The Rack” button on the header bar near the top right of your screen (if you’re using a PC, laptop or tablet), or type “The Rack” on the Search bar (if you’re using a mobile phone). While the Modified Enhanced Community Quarantine (M-ECQ) is in place, we’ll stick to reviewing the miniature cars and motorcycles from the safety of our home.  We encourage you, our dear readers, to stay safe by staying home until the authorities deem it safe to go out. Help flatten the curve of the infection rate by doing your part. Together, we can beat COVID-19! 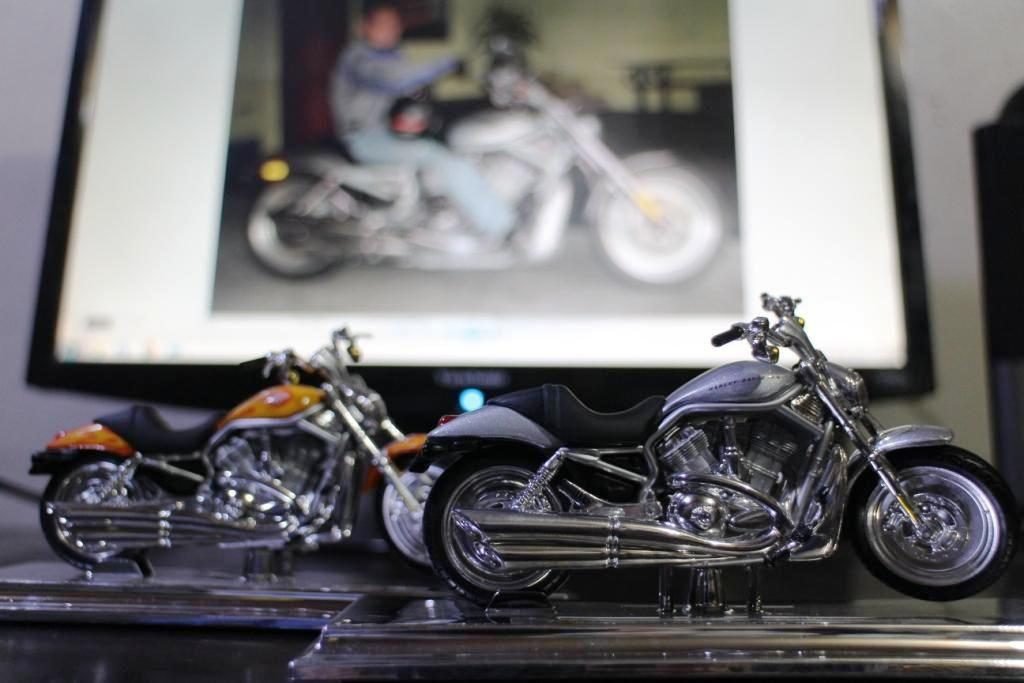