It began with a dream and was built with the commitment, determination and drive for innovation of one man: Enzo Ferrari, Il Commendatore. Founded in Modena on November 16, 1929, the Ferrari racing team has permanently entered the annals of motor sport history. Since its launch, the then Scuderia Ferrari Limited Company has been a highlight of the Italian and world motor sport scene, initially with Alfa Romeo cars. It won its second ever race, the Trieste Opicina in June 1930, with the legendary Tazio Nuvolari. Since then the successes have been repeated without interruption in all types of competition, from the Mille Miglia and the Targa Florio, to legendary races such as the 24 Hours of Le Mans, Daytona, Spa and the 12 Hours of Sebring. 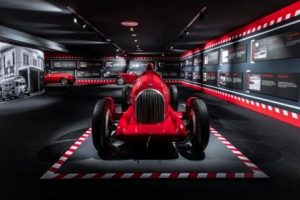 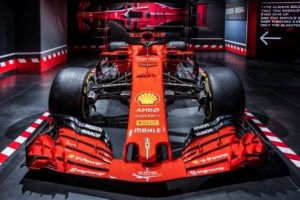 And of course, Ferrari has always competed in Formula 1, winning 31 world titles, including 15 Drivers and 16 Constructors, which remains an unrivaled record that the Maranello team is called to defend and honor every year, with the same passion as 90 years ago. The exhibition at the Ferrari Museum in Maranello, Italy simply but appropriately called “90 years“, bears witness to this glorious history with the most significant racing cars. It starts with the Alfa Romeo 8C 2300 Spider, which was the first to wear the Prancing Horse on its livery in 1932 at the 24 Hours of Spa, up to the SF71H, the Formula 1 with which Sebastian Vettel and Kimi Räikkönen competed last year. 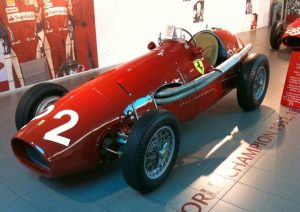 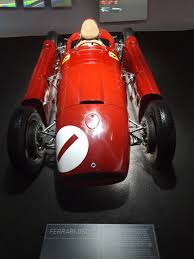 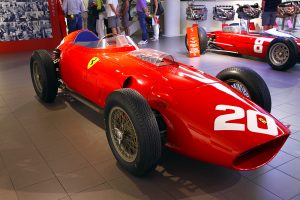 A time line runs between these two single-seat race cars during which the Ferrari legend has grown: legendary cars are on display, the stars of spectacular triumphs as well as of painful races and defeats. Starting with the Ferrari 500 in which Alberto Ascari was able to win two world titles in a row in 1952 and 1953, a world first. Three years later, in 1956, the Ferrari D50 carried Juan Manuel Fangio to the fourth of his five world titles. One of the cars on display subjected to the greatest trial is the Ferrari Dino 246 F1, with which the British driver Mike Hawthorn won the 1958 world title, beating compatriot Stirling Moss by just one point and thereby depriving him of the title of first British driver to win the Formula 1 championship. 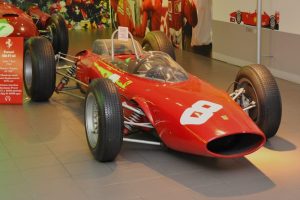 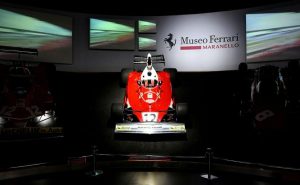 Ferrari paid tribute to Niki Lauda by putting the spotlight on his 1973 312 T. 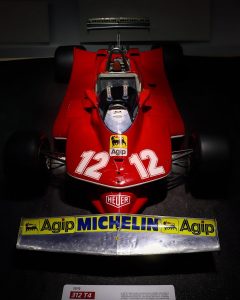 Another historic car to admire is the 1963 Ferrari 156 F1, with which John Surtees, the champion of the “two worlds” and the only person capable of winning world championships on both two and four wheels, achieved his first Formula 1 victory. Niki Lauda is another legendary driver who will always be linked to Ferrari. On show there is his 1975 312 T, revolutionary due to its transverse gearbox, which enabled him to win his first World title. Another iconic car is the 312 T4 with which Jody Scheckter won in 1979, the last world championship before the triumphs of Michael Schumacher in 2000. Among these single-seat race cars, the presence of the Ferrari F2004 was essential, with which Schumacher won his last title and dominated with 13 victories, six of which were consecutive. 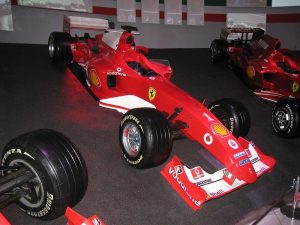 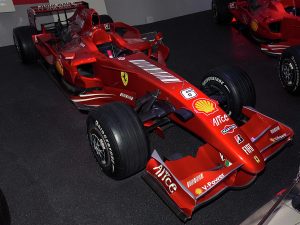 Going through this list of honors, we arrive at the F2007, with which Kimi Räikkönen made his presence felt among the Drivers, with an incredible comeback that culminated in victory at the Brazilian GP and winning the world title by just one point. But in an exhibition dedicated to the Scuderia that has never shied away from any motor challenge, we must pay homage to the victories in the covered-wheel championships. For example, the 166 MM is on display, the star of the first success at the 24 Hours of Le Mans 70 years ago, followed by triumphs at the 24 Hours of Spa and the Mille Miglia, and the 275 P which dominated the 12 Hours of Sebring in 1964 and went on to win the 1000 kilometers of Nürburgring and the 24 Hours of Le Mans. 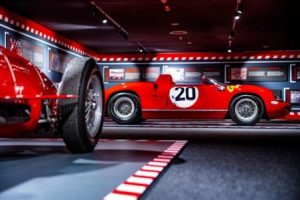 The museum also displayed the Ferrari hyper cars dedicated to Il Commendatore that mark the milestones of the company and the man. Included in the display were the F40, Enzo, LaFerrari, FXX, 488 Pista, and the P80/C, a one-off Special Projects sports car based on the production Ferrari 488. 90 incredible years, conceived from the genius of Enzo Ferrari and continued in his name, in his memory, in his spirit. Never tamed. Always on the track. 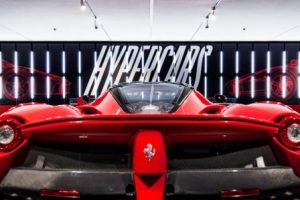 There was also an exhibit of Ferrari Hyper Cars that include… 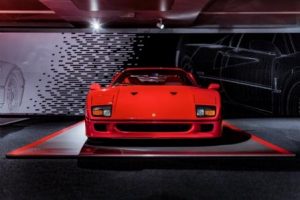 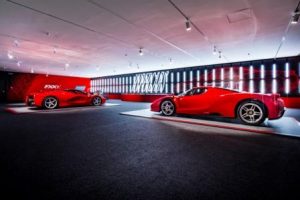 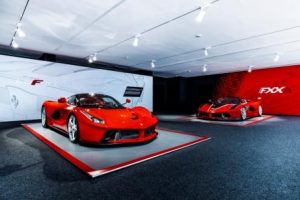 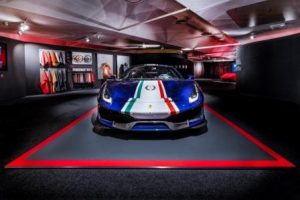 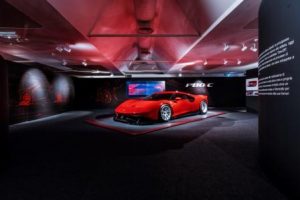