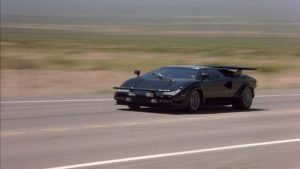 Among the Lamborghini supercars, the 1974-1990 Countach is undeniably the most recognizable and most iconic model. A sinister-black early Lamborghini Countach with white leather interior from the Alpine stereo posters and magazine ads graced the walls of many car enthusiasts’ rooms in the 1980s. And if the Italian supercar’s space age design, swing-up doors and outrageous power outputs (for its day) wasn’t enough, it became even more popular by starring in two top grossing comedy films of the era.

“Cannonball Run” is a 1981 comedy film about an illegal cross-country race with an all-star cast.  In the opening credits, a black Lamborghini Countach rockets across the desert roads in full song. After which, a Pontiac Firebird police car engages it in a futile high-speed pursuit. This movie segment of the Countach running at full speed once was one of the most played Lamborghini videos on YouTube. 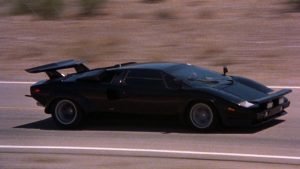 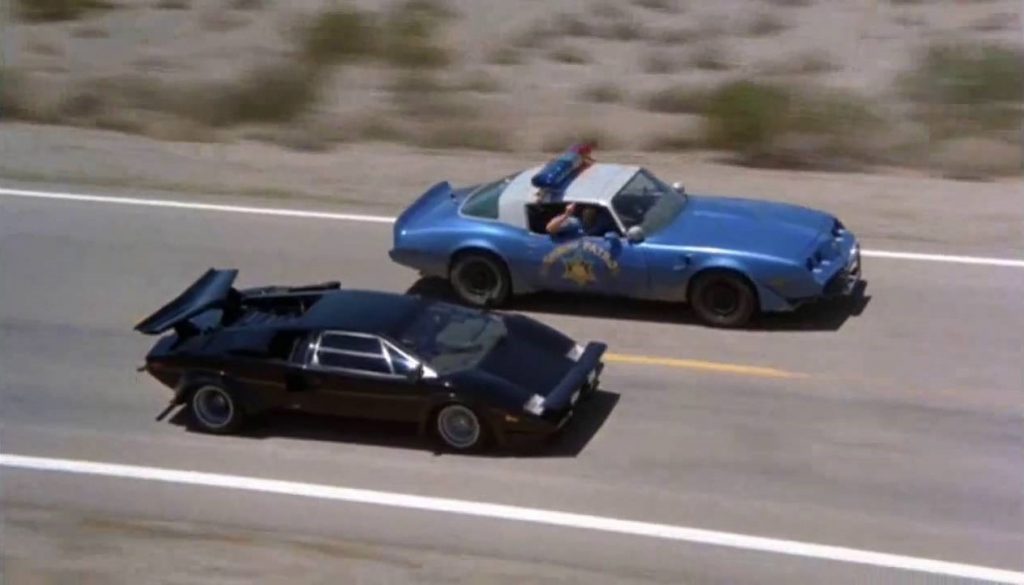 Inside the Lamborghini were actresses Tara Buckman and Adrienne Barbeau, who play Jill Rivers and Marcie Thatcher, two attractive women who use their looks to their advantage and who start the race in the black Countach. Both women use sex appeal as their weapon, unzipping their race suits to display copious amounts of cleavage during traffic stops. However, this fails to work on a busty female traffic officer played in a cameo appearance by actress Valerie Perrine. Grossing more than $72 Million (Around P3.6 Billion), “Cannonball Run” became one of 1981’s most successful films at the box office and it was followed by a sequel three years later. 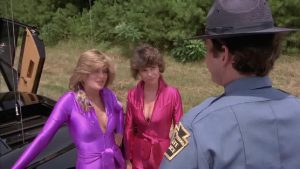 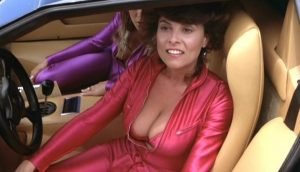 Like the first film, 1984’s “Cannonball Run II” featured an all-star cast and is set around an illegal cross-country race. Like the original “Cannonball Run” movie, the opening credits featured a Lamborghini Countach being pursued by several police cars across highways. But instead of black, the cops were chasing a white Countach that was later hosed down with pressurized water to reveal its true color underneath – sizzling Italian racing red or Rossa Corse – and the Lamborghini was able to evade the law enforcers. 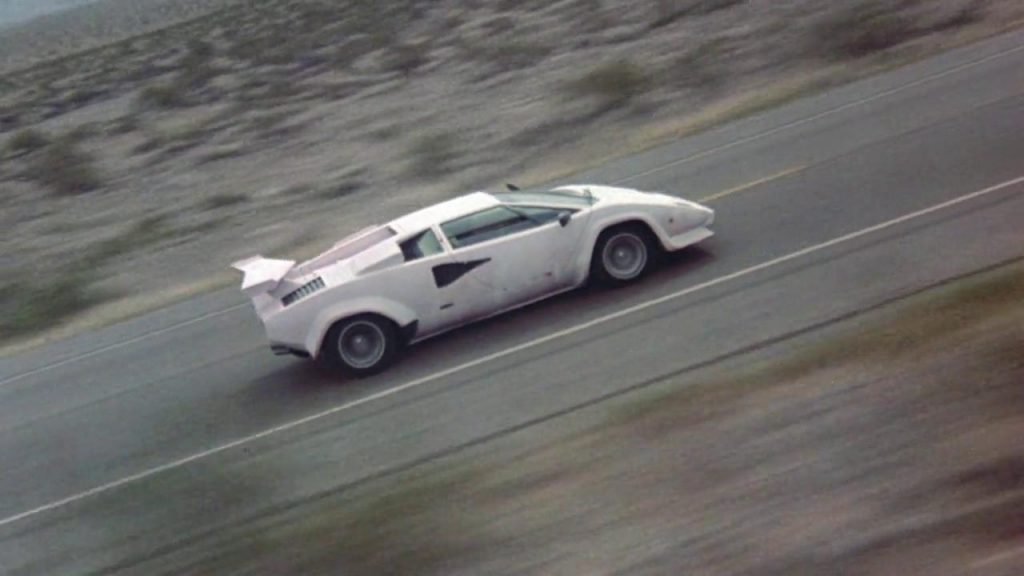 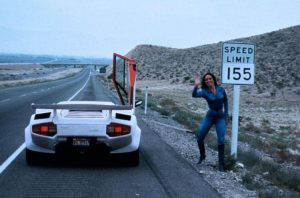 And like in the 1981 comedy, the 1984 film had “two great-looking chicks” (as the cops chasing the Lamborghini continually say) – actresses Susan Anton and Catherine Bach (Daisy Duke of the TV series “Dukes of Hazzard”) – as Jill Rivers and Marcie Thatcher, who, again, use their looks to their advantage, start the race in the red Countach, and use sex appeal as their weapon, unzipping their race suits to display copious amounts of cleavage when necessary to get what they want. 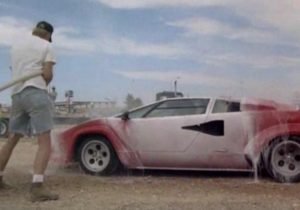 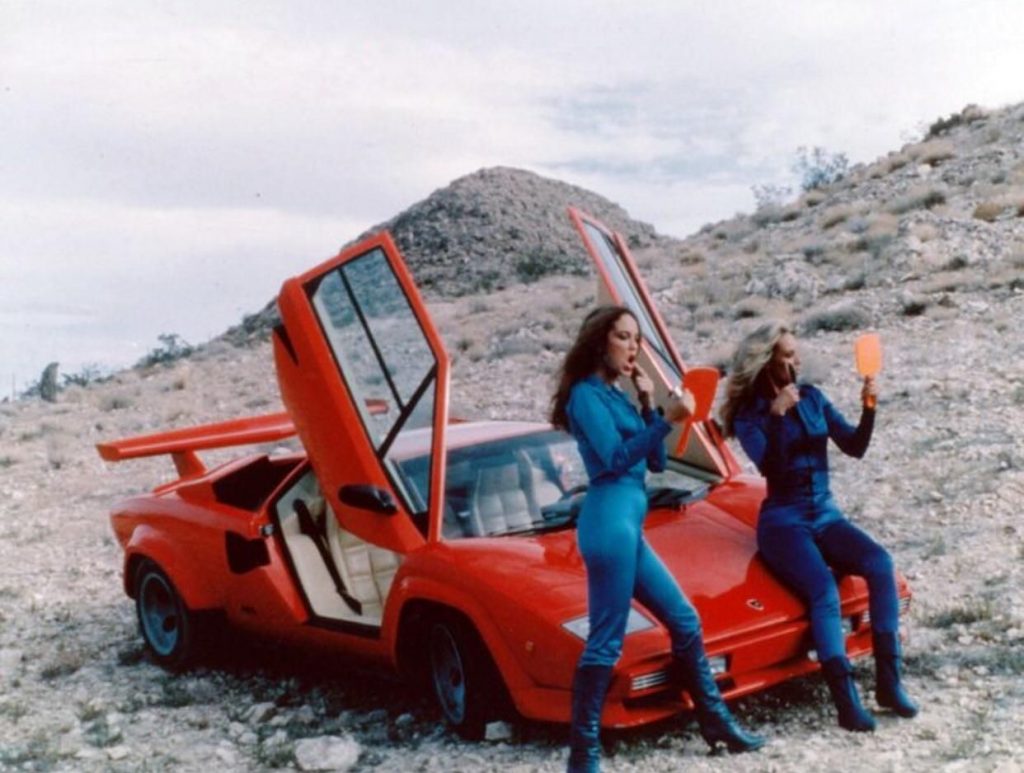 “Cannonball Run II” failed to surpass the box office gross revenue of the first movie but these two comedy films accomplished a more important aspect: They immortalized the Lamborghini Countach as the quintessential supercar of the ‘80s and the dream car of millions of car enthusiasts around the world. 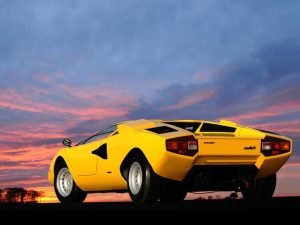