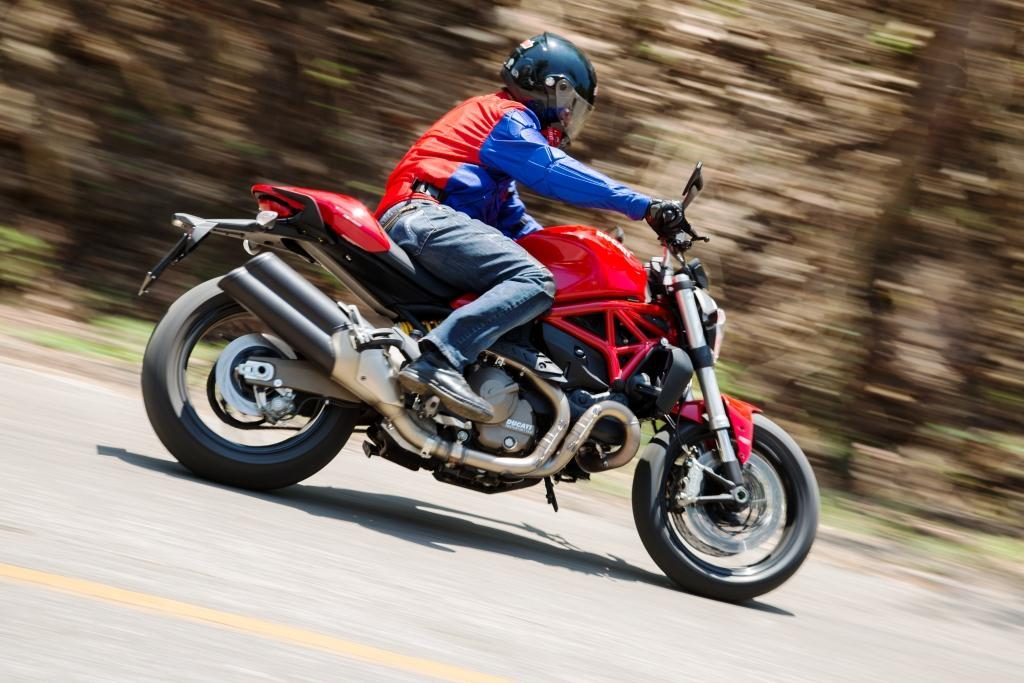 In April 2015, I was in Chiang Mai, Thailand for the Asia Premiere of the all-new Ducati Monster 821. My initial impression is that the new naked bike retains the character of the original Monster even with its new chassis and increased muscular styling. The good people of Ducati Asia laid out a ride around Chiang Mai through long country roads, sweeping mountain passes, and heavy city traffic to experience the new naked bike’s power, handling, and versatility. 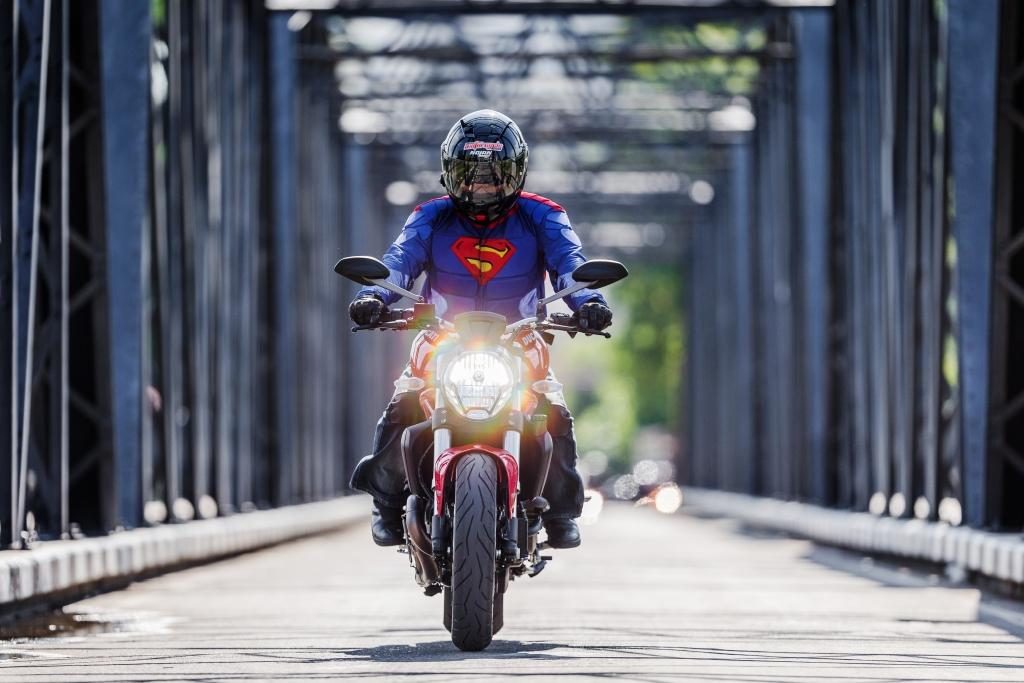 I was surprised with the vibrant staccato coming from the Euro 3-compliant 2-into-1-into-2 tuned exhaust of its liquid-cooled 821cc Testastretta 11° L-Twin motor. The 4-valves-per-cylinder, double overhead camshaft (DOHC) Desmodromic motor churns out 112 horses and 91 Newton-meters of torque and transferred to the rear wheel thru the 6-speed transmission with wet “slipper” clutch. After our ride, I found the Monster 821 as one of the most satisfying street rides I’ve ever taken that I was thinking of becoming a Ducatisti, or to be more precise, a Monsterista. 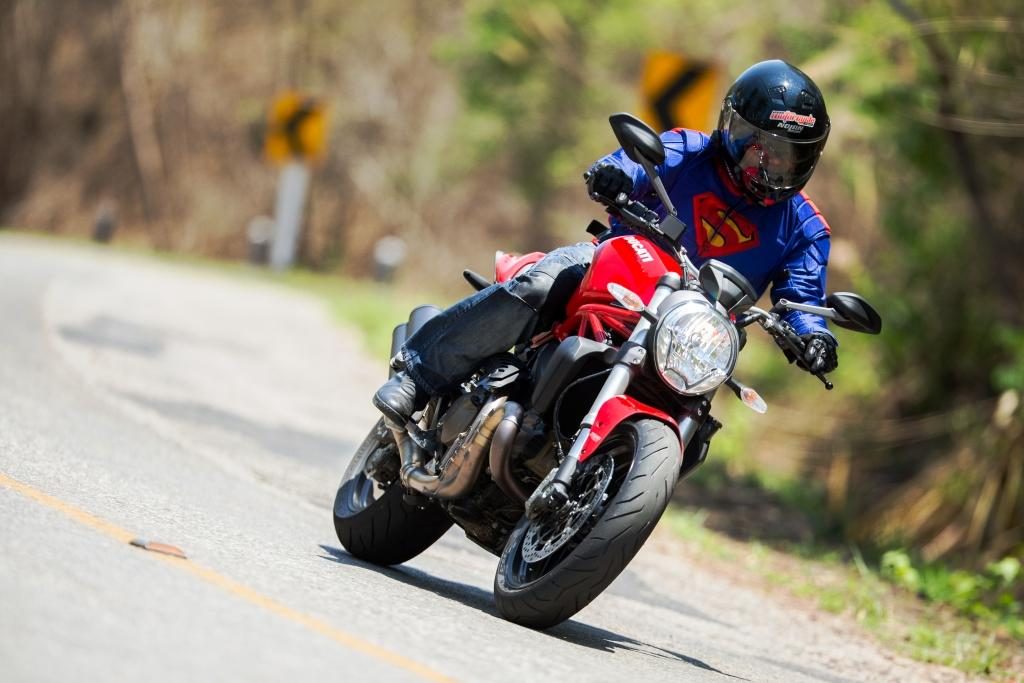 When I got back to the Philippines, I decided to sell my two-year-old Japanese liter bike to get the new Italian naked motorcycle but the proceeds from the sale were diverted to a new promising business opportunity. So, while working to raise funds to acquire the latest Monster, I temporarily contented myself with a 2001 Ducati Monster S4, albeit a New-Ray 1:12 scale model bike. 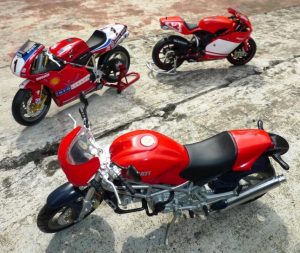 I later learned that Ducati introduced the Monster S4 in 2001, and like the Monster 821, it had a liquid-cooled four-valve motor, except the S4’s was derived from the Ducati 916 superbike. For the S4, Bologna introduced semi-floating front disc brakes with Brembo four-piston calipers, lighter Brembo wheels, 43 mm Showa inverted forks, and upgraded instrumentation with a more prominently-placed tachometer. 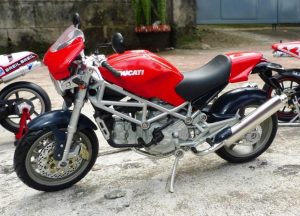 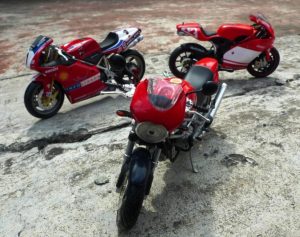 If you really think about it, a “monster”, by definition, is any hideous creature that is usually found in legends or horror stories. Usually connoting something wrong or evil, a monster is generally something morally, physically, or psychologically objectionable, a freak of nature. 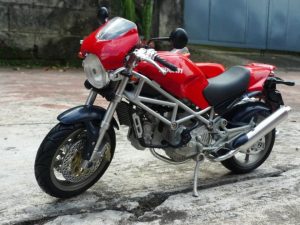 Derived from Latin word monstrum, which means an aberrant, usually biological occurrence that is a sign that something was wrong within the natural order, its root word is monere, which means “to warn” and “to instruct”, which is the basis of the word “demonstrate”. Thus, a monster is also a sign or an instruction, which was interpreted by Saint Augustine not as inherently evil but as part of the natural design of the world, a kind of deliberate category error. 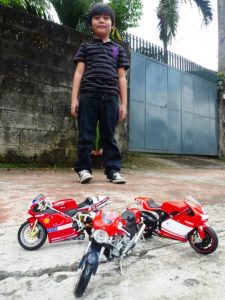 My then-7-year-old son Chevy Martin looks like a giant watching over my Ducati collection.

Instead of a 2015 Ducati Monster 821, I got to keep a 2001 Monster S4 scale model, but I also got to learn about monsters, like the COVID-19 monster we’re all facing now. All we’ve got to do is to learn what we can from tackling this monster and what the world may be trying to warn or instruct us by releasing this freak-of-nature Corona virus. 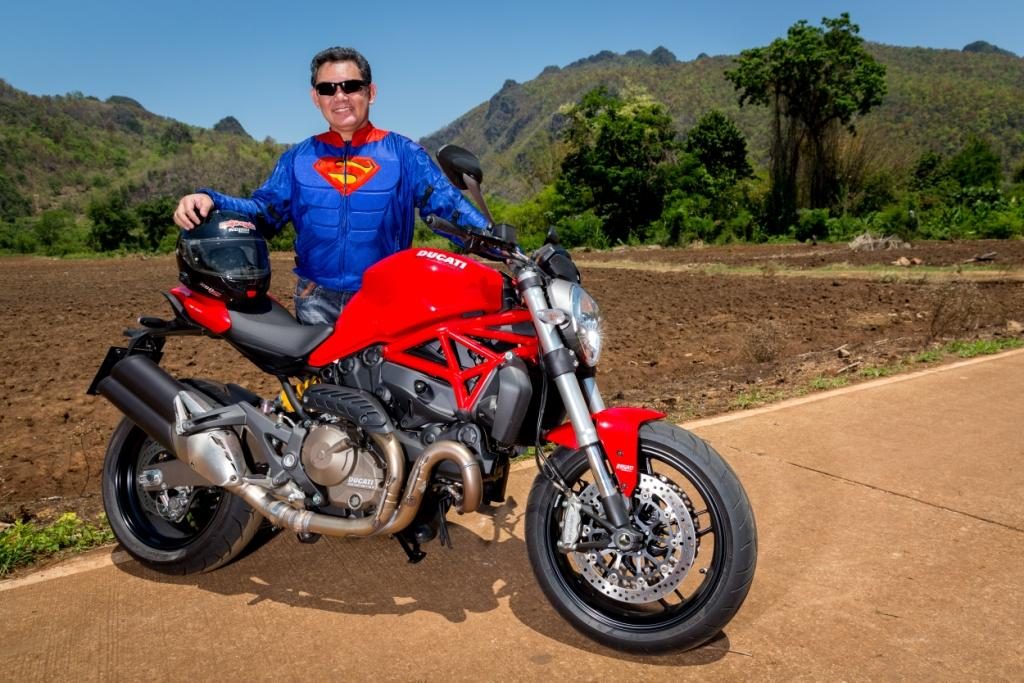 To review the scale model cars and motorcycles that we have previously posted here in the Power Wheels website, please click “The Rack” button on the header bar near the top right of your screen (if you’re using a PC, laptop or tablet), or type “The Rack” on the Search bar if you’re using a mobile phone. Tomorrow, we’ll review another scale model of a bike we rode in the past. In the mean time, stay safe by staying home during this pandemic. Help flatten the curve of the infection rate by doing your part. Together, we can beat COVID-19! 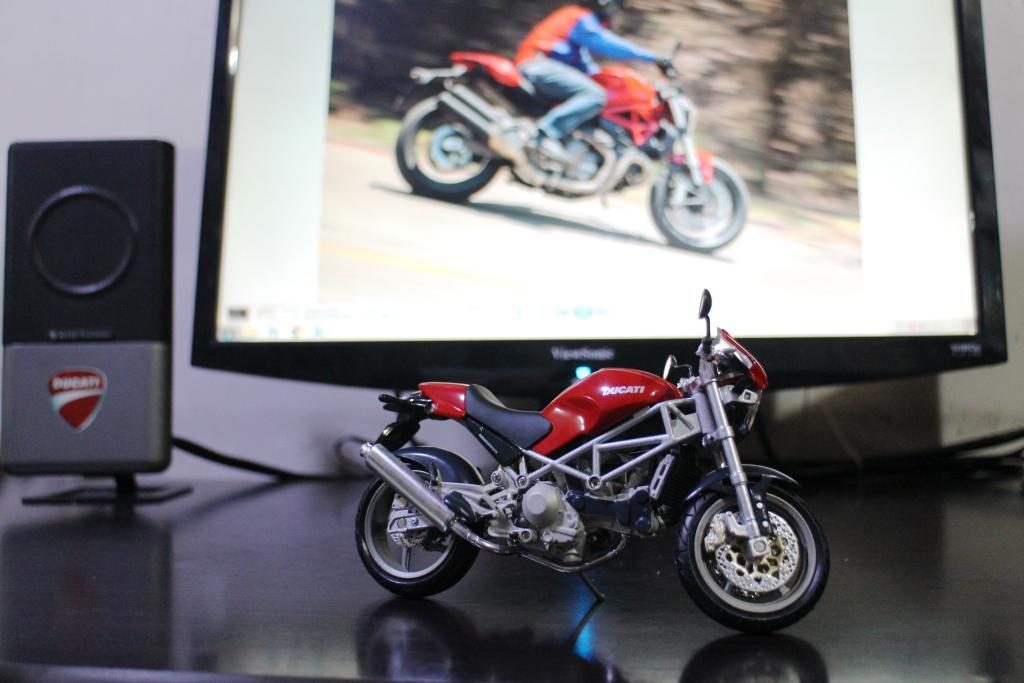