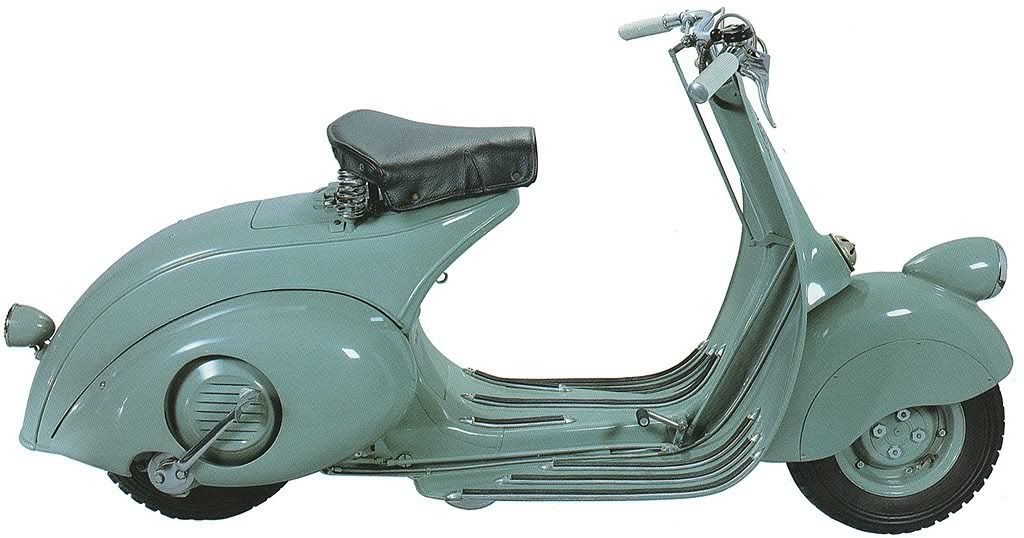 When Piaggio Aircraft, the Italian helicopter factory was closed by the Allied Forces after the end of World War II, owner Enrico Piaggio was driven to produce a motor-scooter to provide affordable transportation for the masses. He wasn’t too thrilled with their first product, the 1945 Piaggio MP5, which was nicknamed “Paperino”, so his engineers went back to the drawing board and came up with a new scooter that looks like a wasp, which in Italian is “Vespa”. 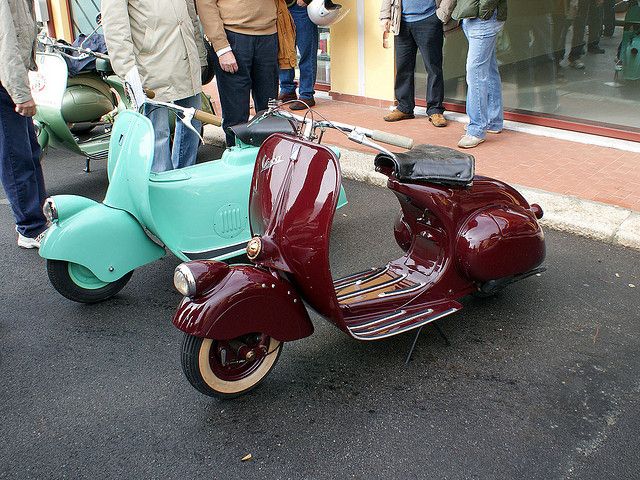 In April 1946, Piaggio presented their new, economical and innovative Vespa 98 at a golf club in Rome. The shield was embossed with a new logo which replaced the previous Piaggio Aircraft emblem. The 10-inch wheels and tires were derived from the landing gear of the helicopters that the company used to produce. 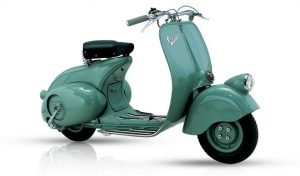 The single-seat metal-bodied Vespa 98 was an immediate success. The 98 cc 2-stroke single-cylinder motor was cooled by forcing air to pass through the engine fins and sipped fuel economically, which made it ideal for the streets and roads around post-war Italy. The Vespa gained extensive media interest as well as public curiosity, surprise and even skepticism. The first sales of the Vespa scooters were managed through a small dealer network at prices that made it so affordable and popular. 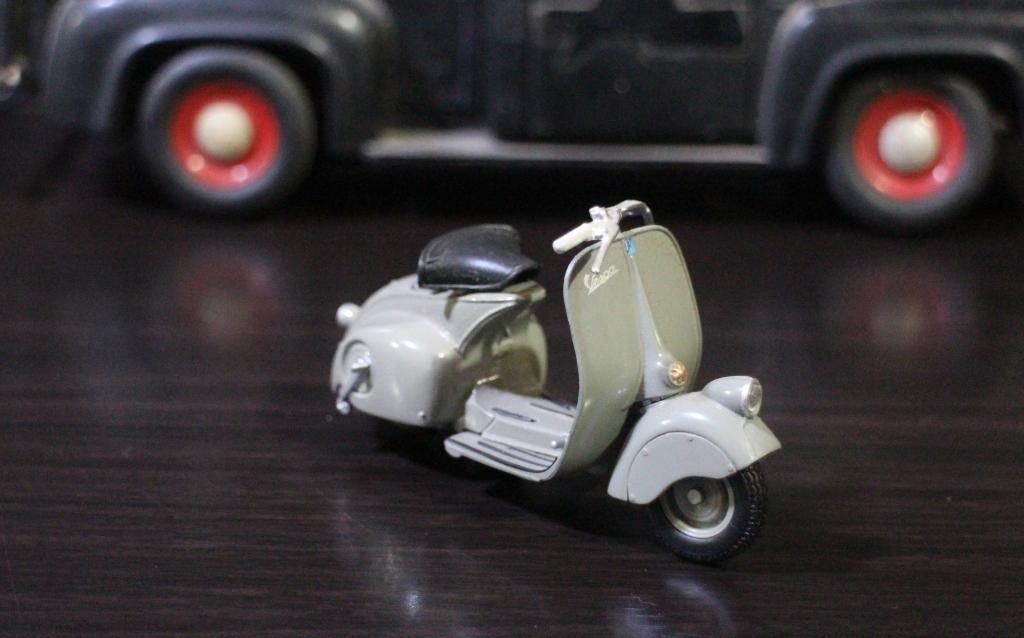 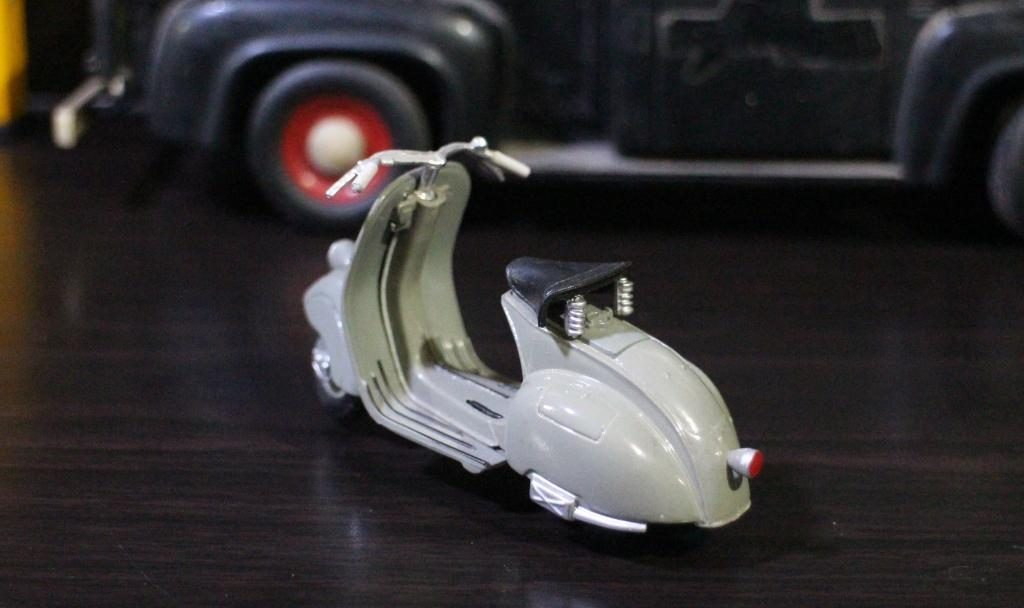 Our 1:18 scale die-cast model scooter is made by Maisto and is finished in an austere gray finish. It accurately depicts the design of the original motor-scooter from the headlight mounted on the front fender to the swooping shape of the bulbous rear section, which was likened to the shape of a wasp, to sprung saddle down to the rear tail light. 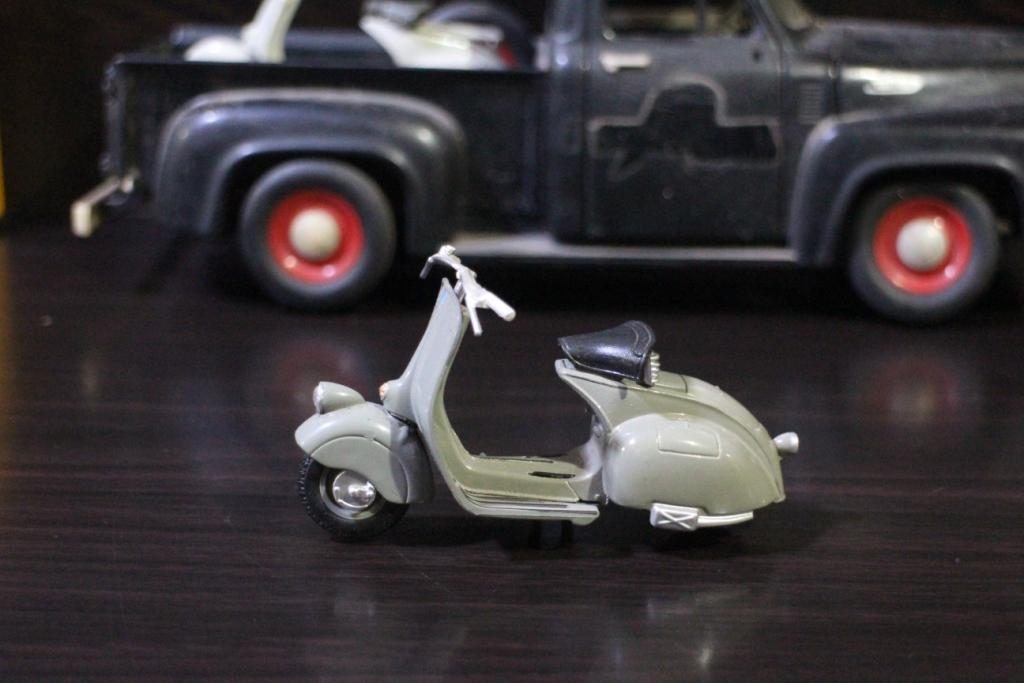 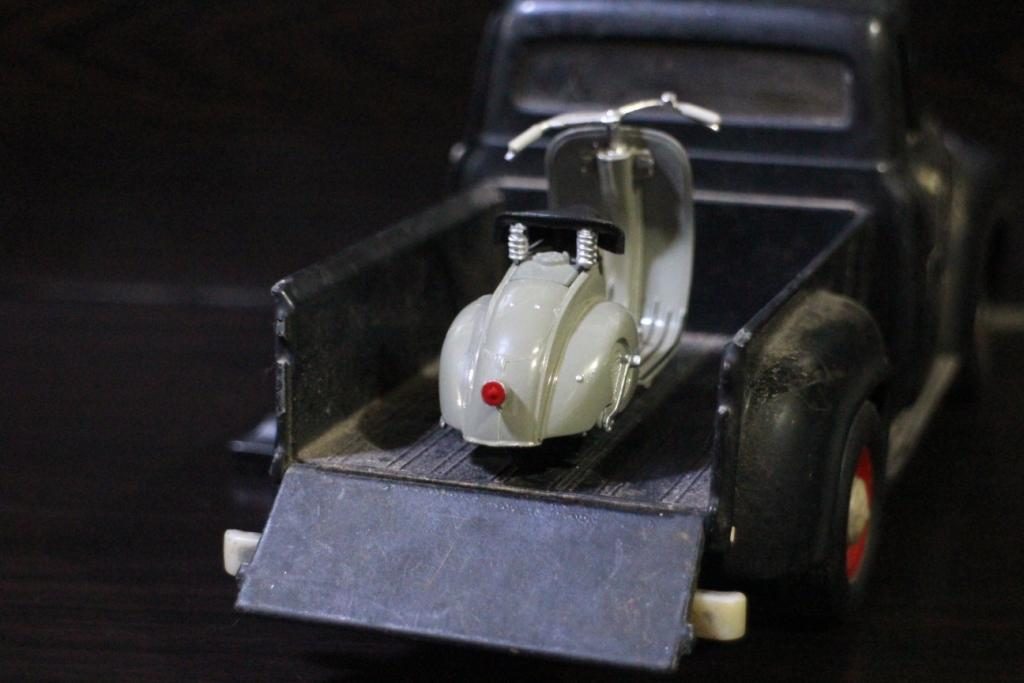 In 1953, Piaggio came out with an economy model of the Vespa to counteract the low prices offered by their direct competitor, Lambretta. The Vespa 125 U, where the letter “U” stands for utility, was designed to be a delivery scooter and came with an attractive low price. 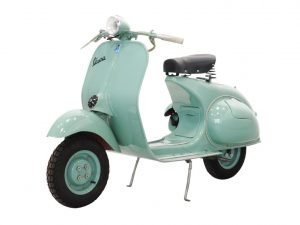 For the first time the headlight was mounted at the height of the handlebars instead of the front fender. The assembly quality and fit-and-finish have improved from the start of Piaggio’s operation in 1945. However, only 7,000 Vespa 125 U scooters were produced, making this model one of the most sought after by collectors. 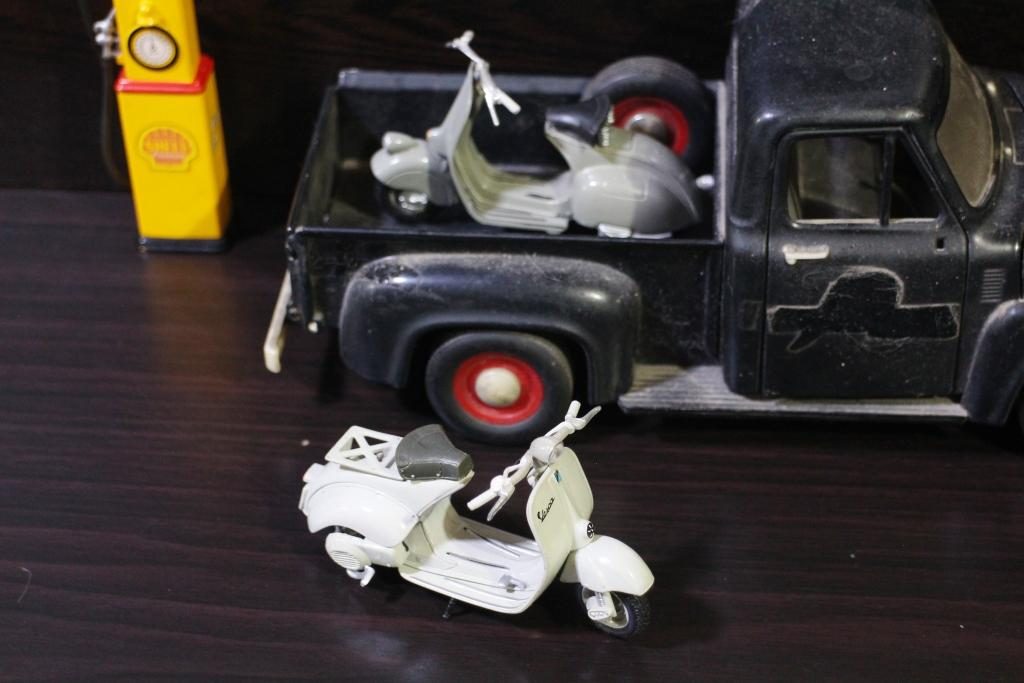 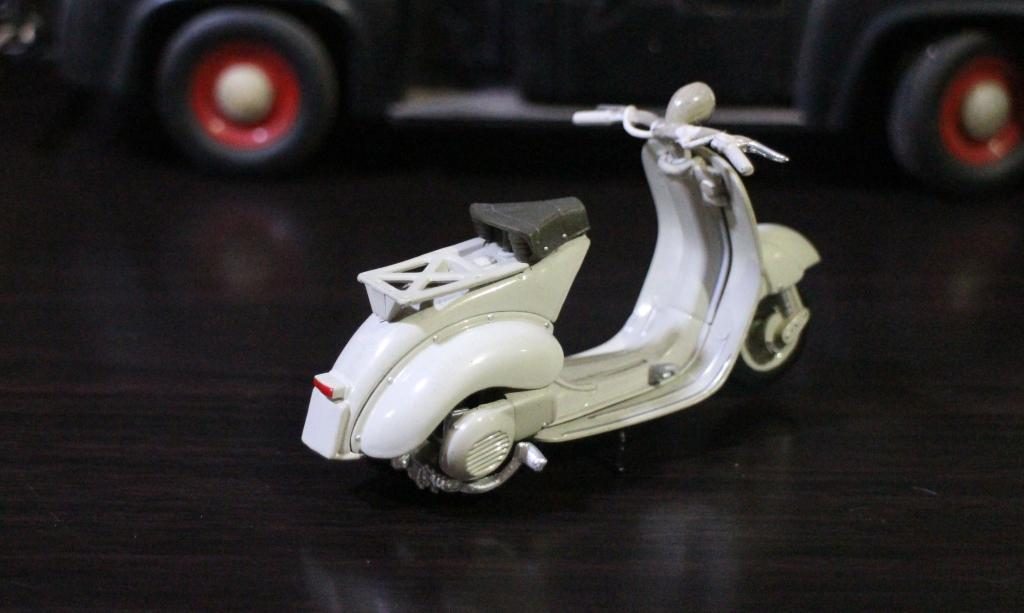 While not as collectible as the actual motor-scooter, our Maisto 1:18 scale die-cast Vespa 125 U is a cherished part of our collection. Finished in light gray (or off-white), it’s a miniature reminder of the efforts made by a former helicopter factory to make their products continuously relevant in an ever-changing and fickle-minded market. 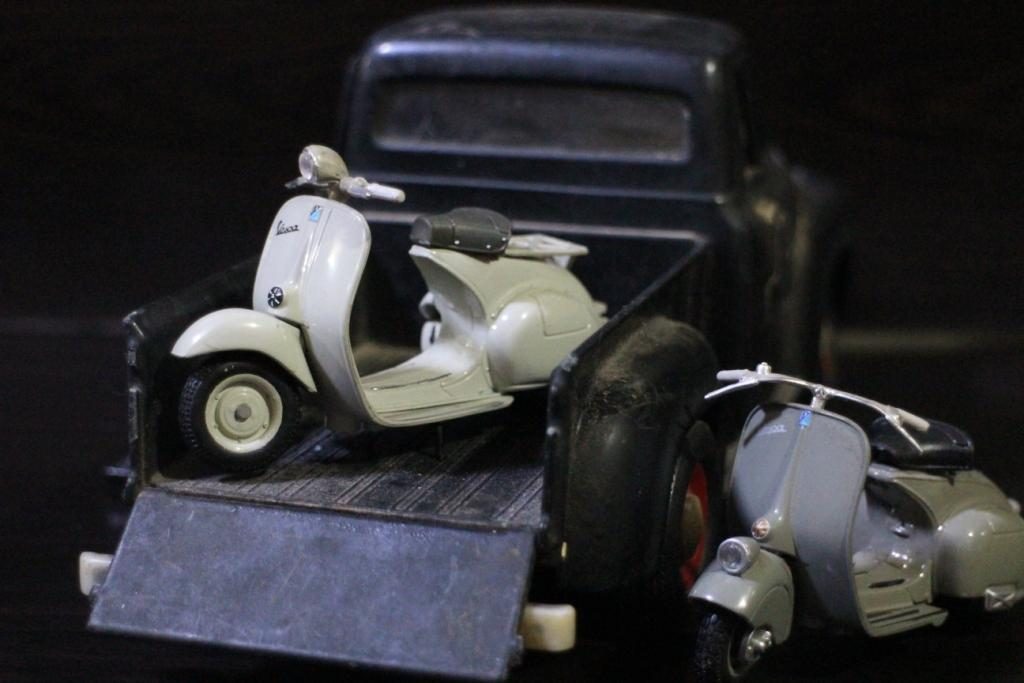 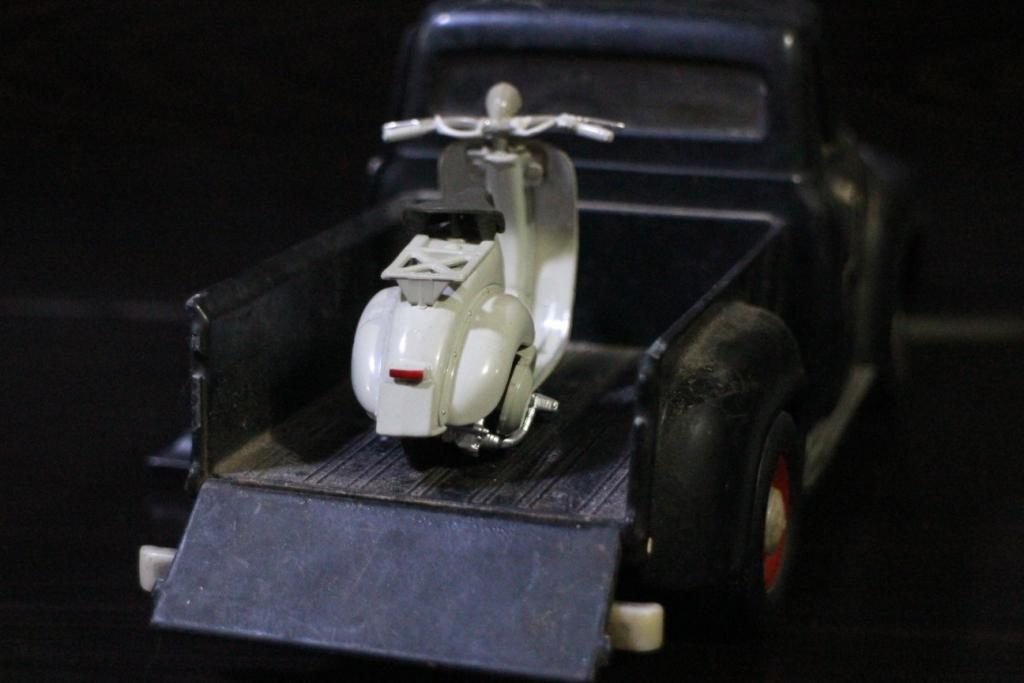 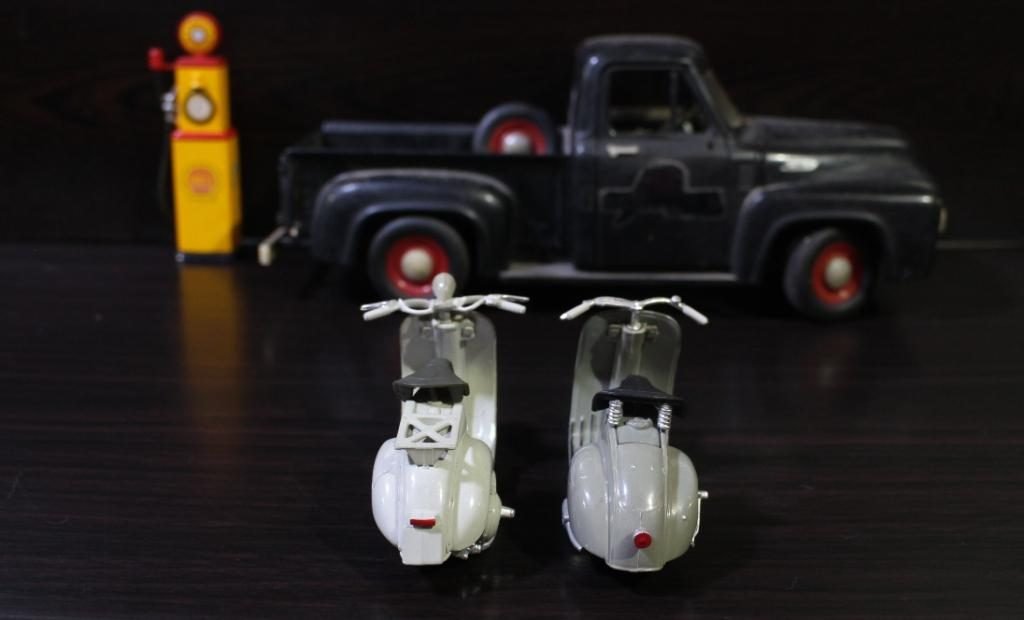 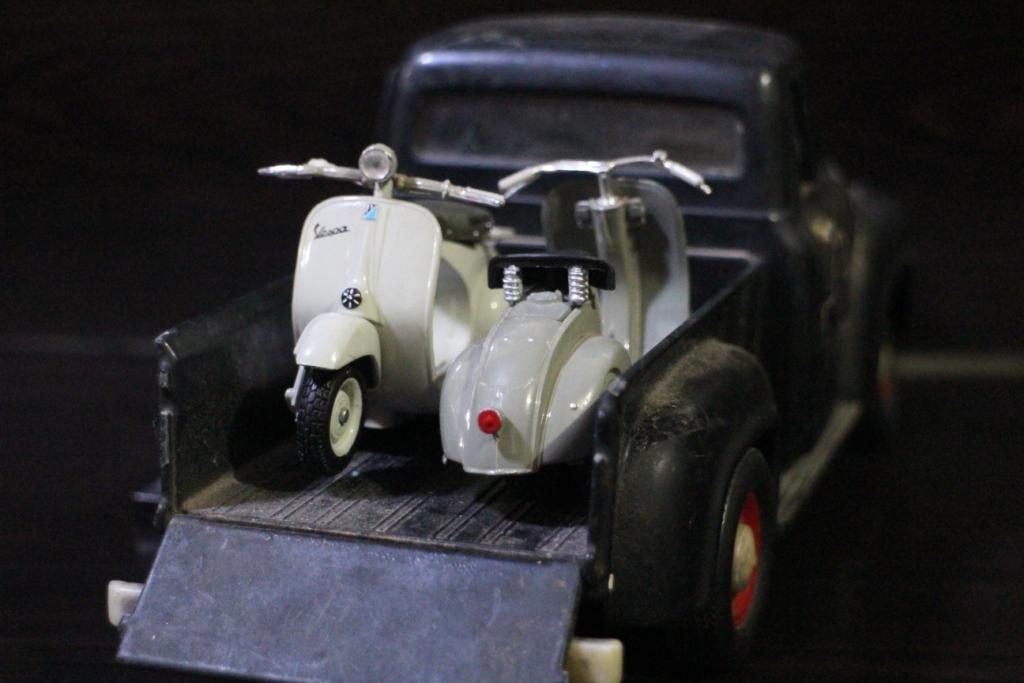 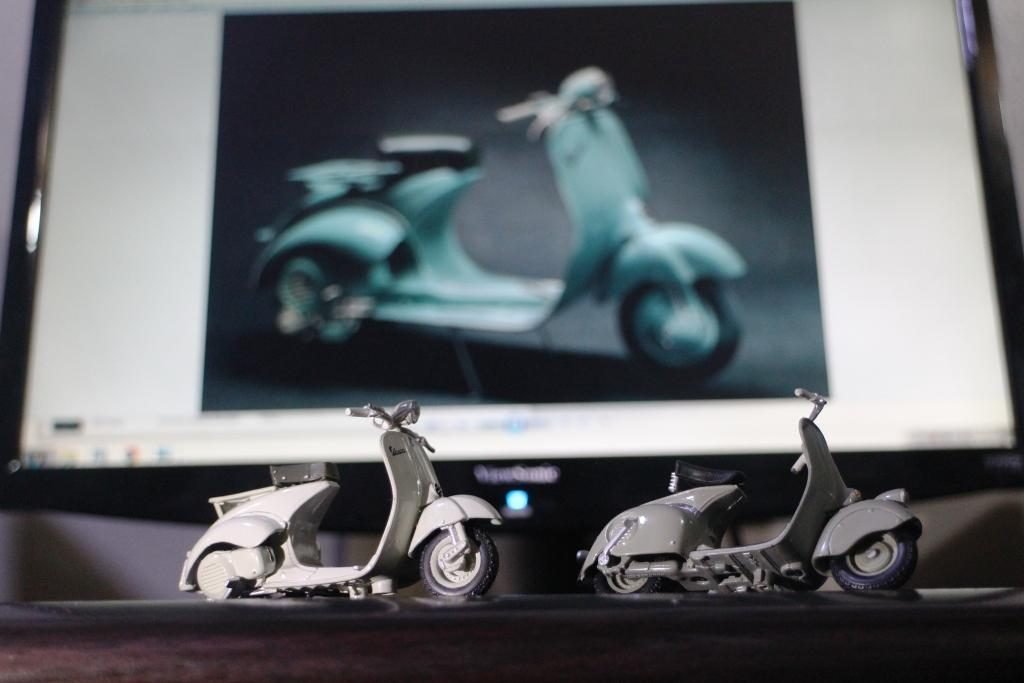