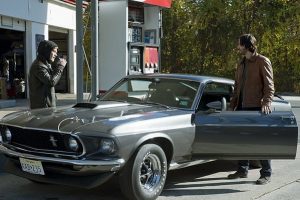 While watching the first John Wick movie where Keanu Reeves’ titular character went after and killed the young Russian mobsters who killed his dog and took his black 1969 Ford Mustang, I overheard a comment from the group of young people watching in the row behind us: “I don’t get it – all that carnage for a dog and an old Mustang? With the money that Wick has, he can get another dog and buy another ‘69 Mustang.” 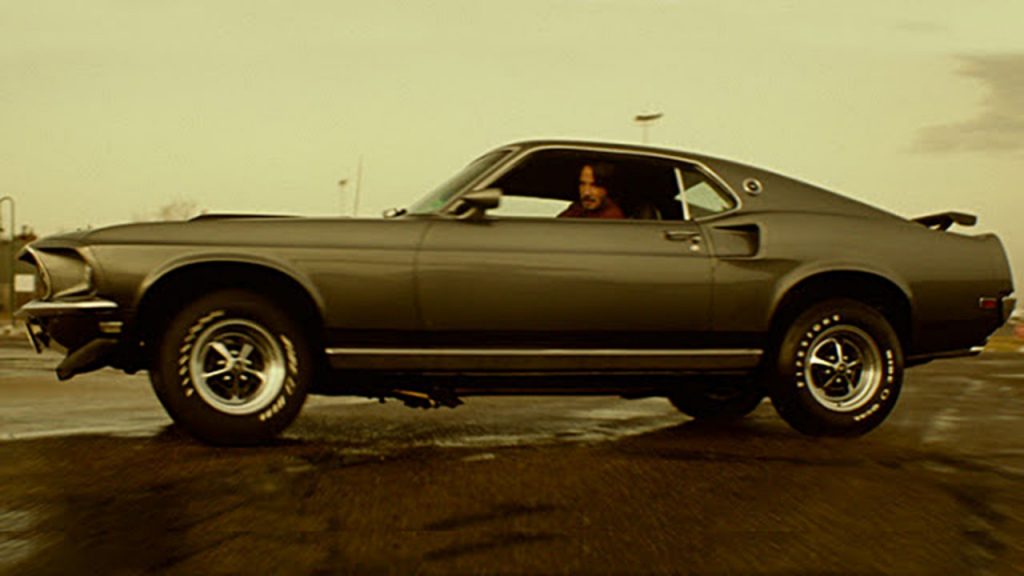 I wanted to tell the kids behind us that John Wick’s Mustang was a 375-horsepower Boss 429, of which only 857 units were made by the Ford Motor Company in 1969. Narrow it down further to ‘69 Mustang Boss 429s painted Raven Black and Wick’s car becomes even rarer and collectible. So much so, that a screen-accurate replica of Wick’s black Mustang, aptly dubbed the “Hitman”, is being reproduced by a specialty shop in the U.S. at a cost of $169,000 (around P8.45 Million before taxes). Despite the hefty tag price, this replica is considered a bargain because mint, authentic ’69 Boss 429 collector cars are currently valued between $500,000 and $550,000 (between P25 Million and P27.5 Million). 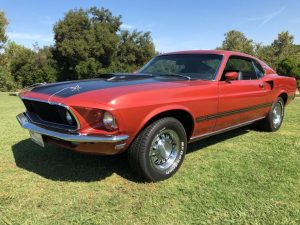 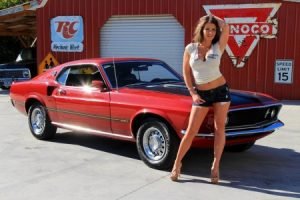 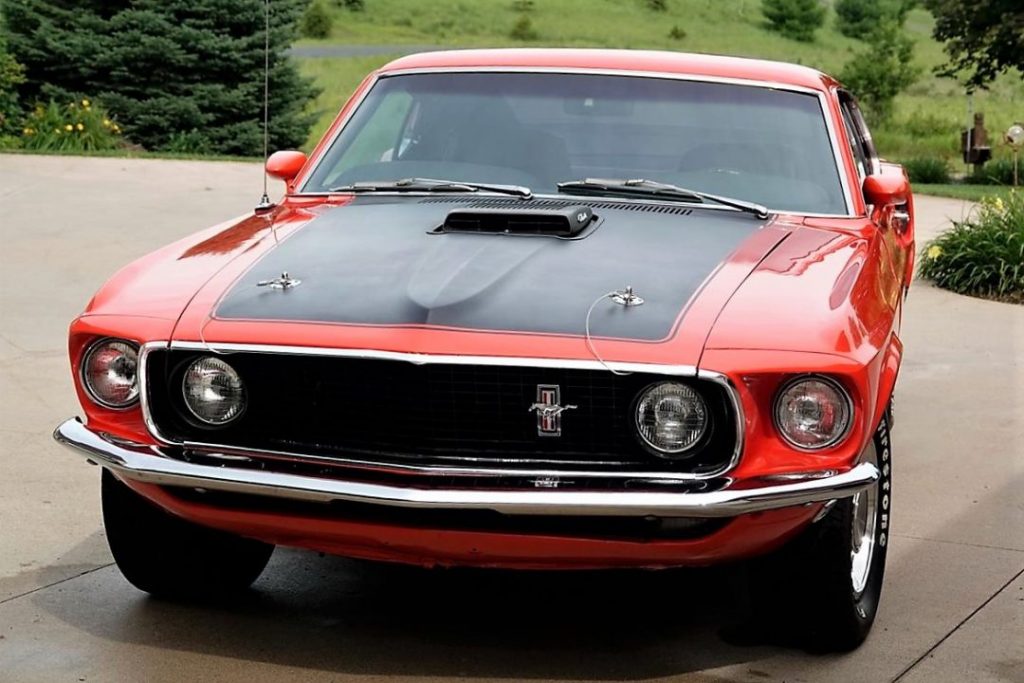 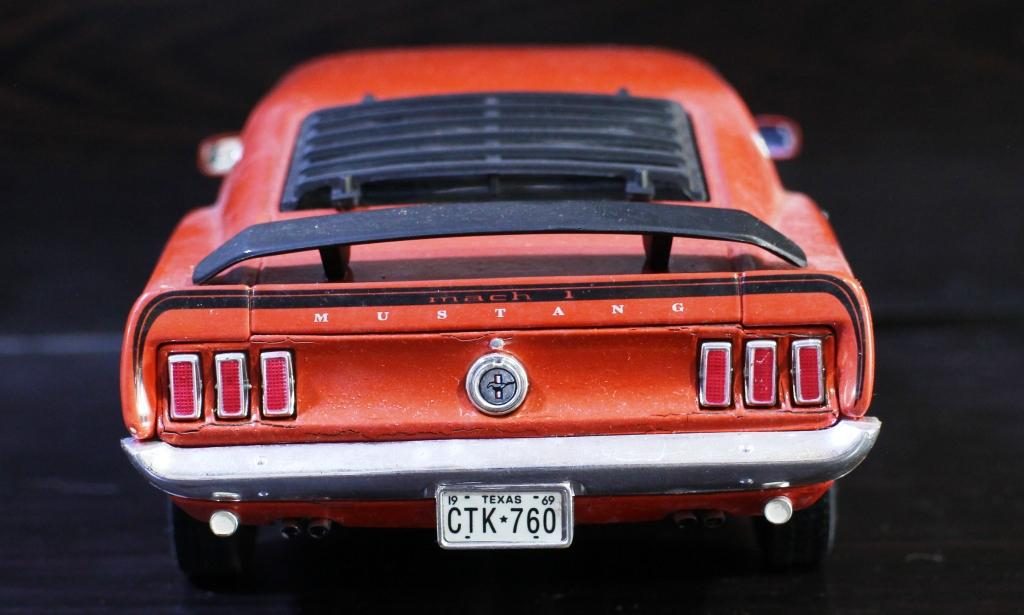 The base Mach 1 engine was a 351 cubic-inch (5.8-liter) Windsor (351W) V8 motor with a 2-barrel carburetor while the largest engine available was the 428-cid (7.0-liter) Cobra Jet V8 with a 4-barrel carburetor, that came with or without Ram Air. An aggressive-looking but non-functional hood scoop with integrated turn-signal lights mounted in the back are mounted on the Mach 1 but a more functional option was the “Shaker Hood”, which includes an air scoop mounted directly to the top of the air cleaner that is used to collect fresh air and “ram” it into the carburetor. It was so named for its tendency to “shake” with the rumbling V-8 engine. 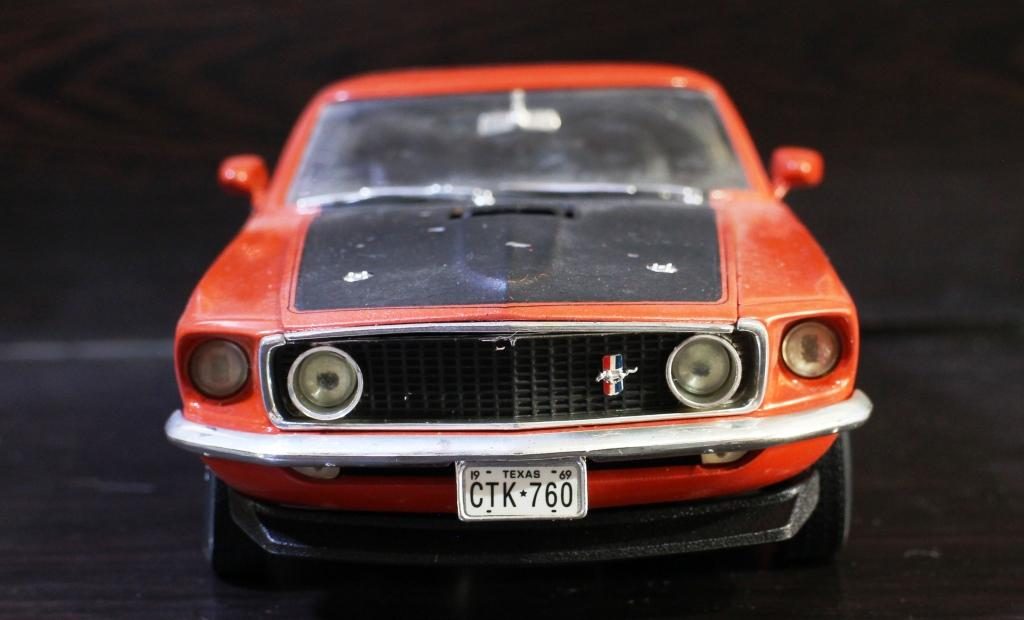 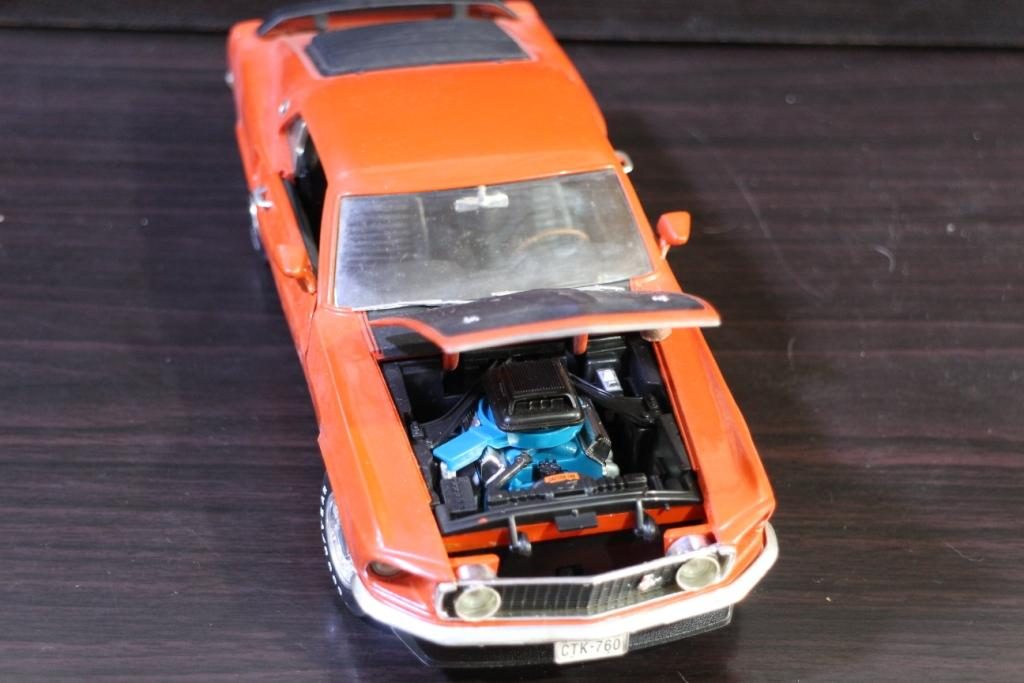 The optional 428 Cobra Jet V8 engine with Shaker Hood found itself in fewer Mach 1 Mustangs than the standard 351W V8 and many 428 CJs were used as race cars, so it has also become rare and collectible. Expect to pay around $62,800 (P3.14 Million) for concours-ready ’69 Mach 1 428 Cobra Jets and around $26,900 (P1.345 Million) for cars in fair and restorable condition. If these prices still have too many zeros in them, you can opt for a more affordable ERTL 1:18 scale die-cast model like we did. We guarantee that it won’t cost you an arm and a leg, or a large gold coin or two. 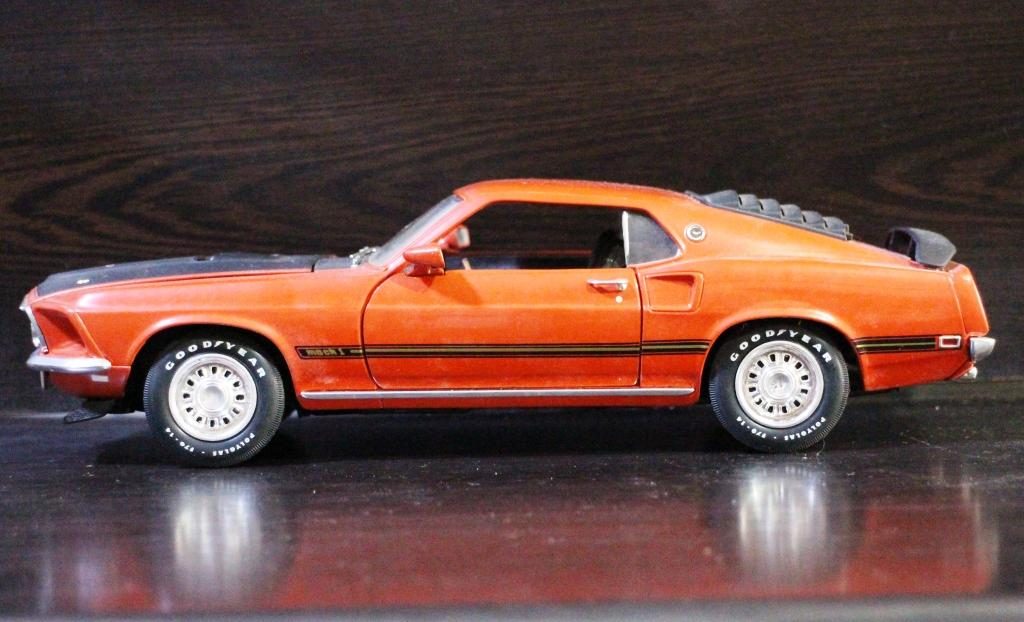 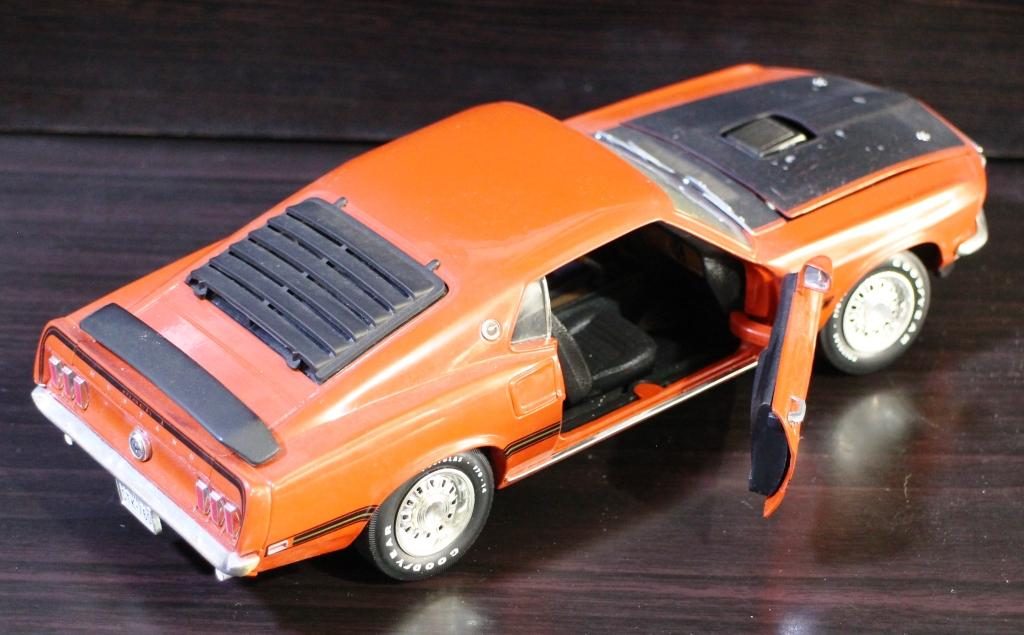 Our burnt orange Mach 1 has all the desirable options including the matte black hood (which has developed some peeling over time) and the much-vaunted Shaker Hood. All four wheels are chrome slotted steel rims with chrome center caps shod in Goodyear Polyglass E70-14 tires. The Sport Slats rear louvers matches the color of the rear wing spoiler while the black interior features the teak wood steering wheel, dashboard accents, and shift knob. 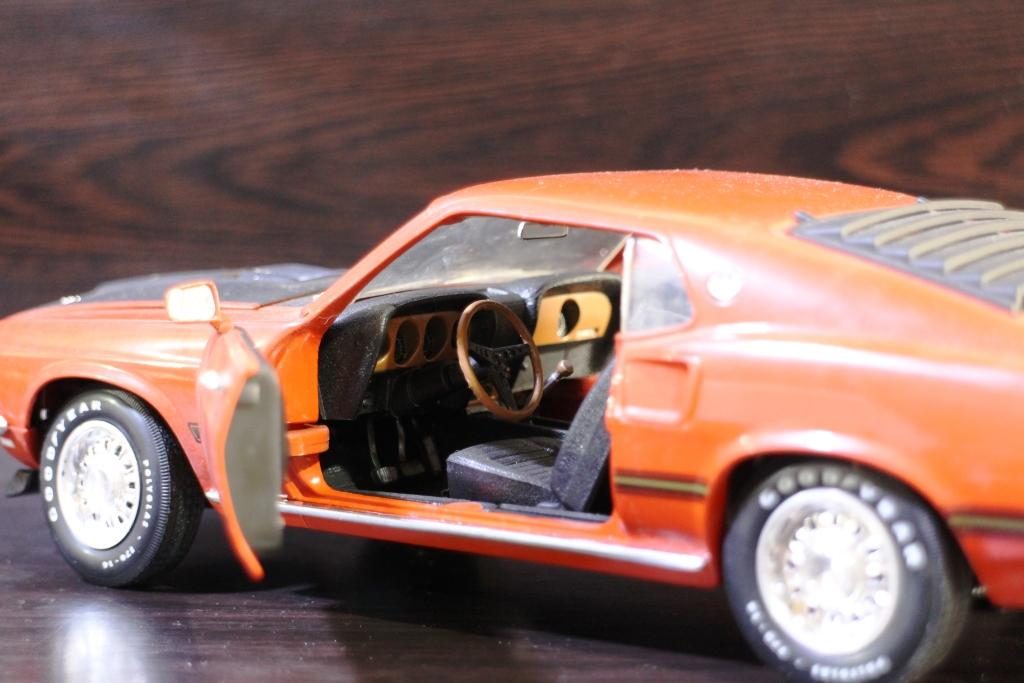 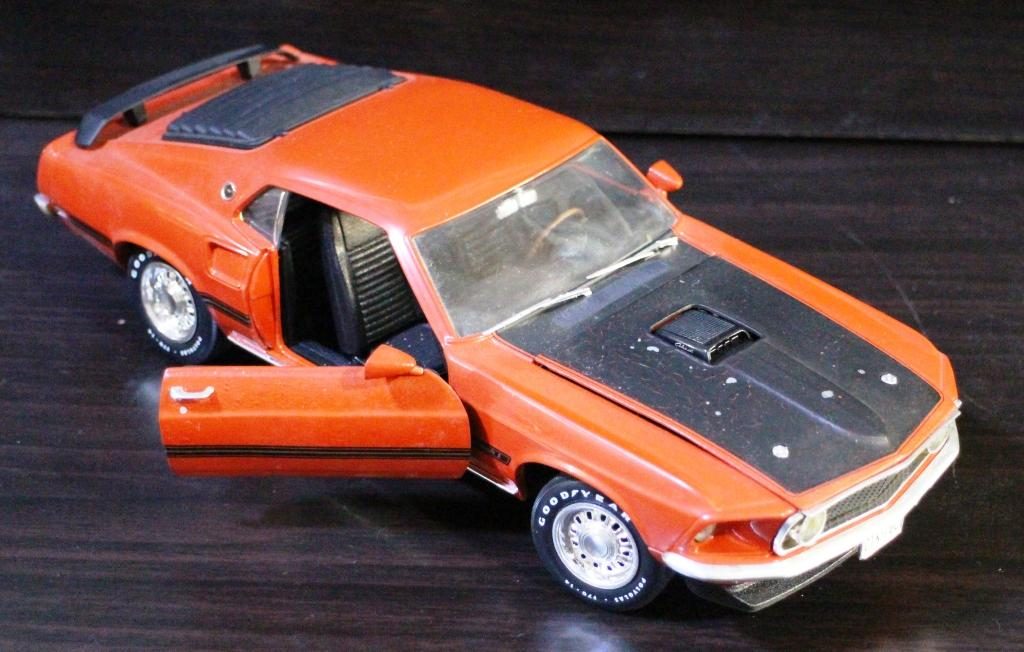 It may not be as sinister looking nor as collectible as John Wick’s black Boss 429, but we’re pretty sure that no Russian mafia goons will break into our house and kill our dog just to get our 1969 Ford Mach 1 428 Cobra Jet. But just in case, we got 15 cats to protect our miniature collectible, too. They will smother any intruder with their cuteness to death! 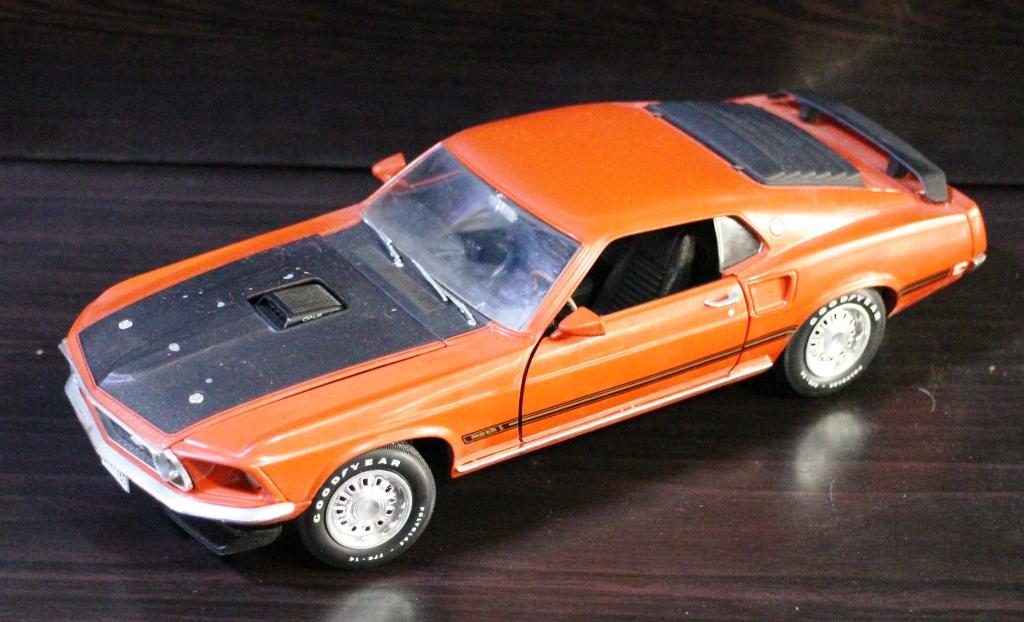 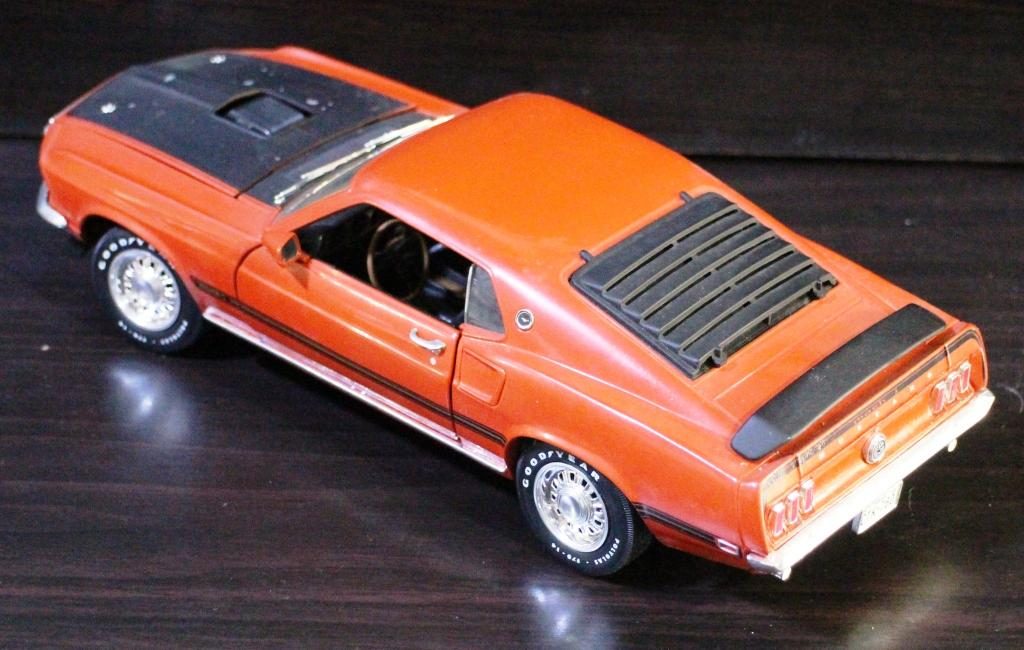 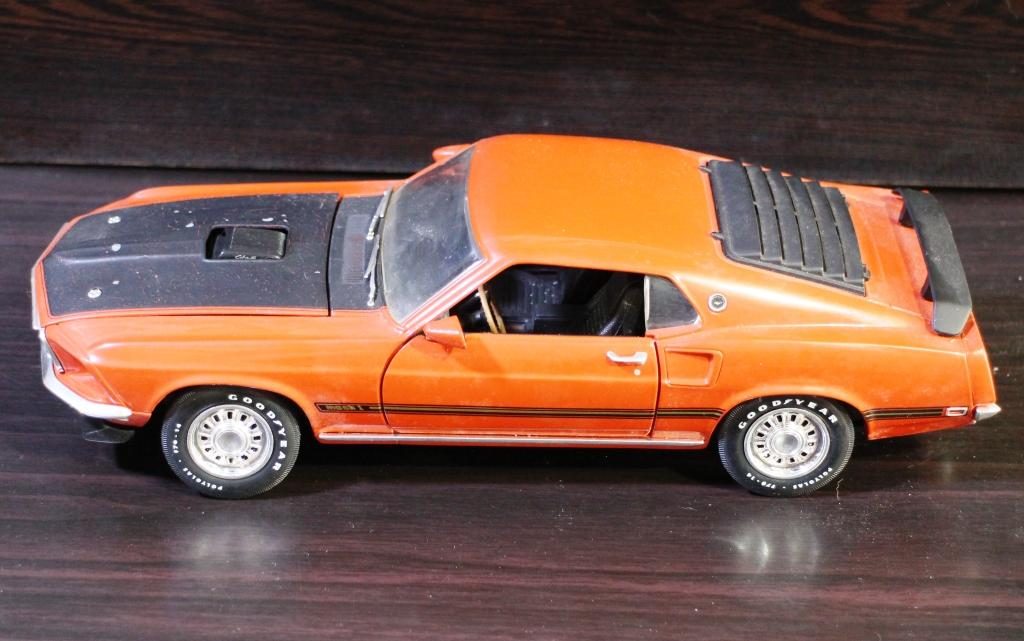 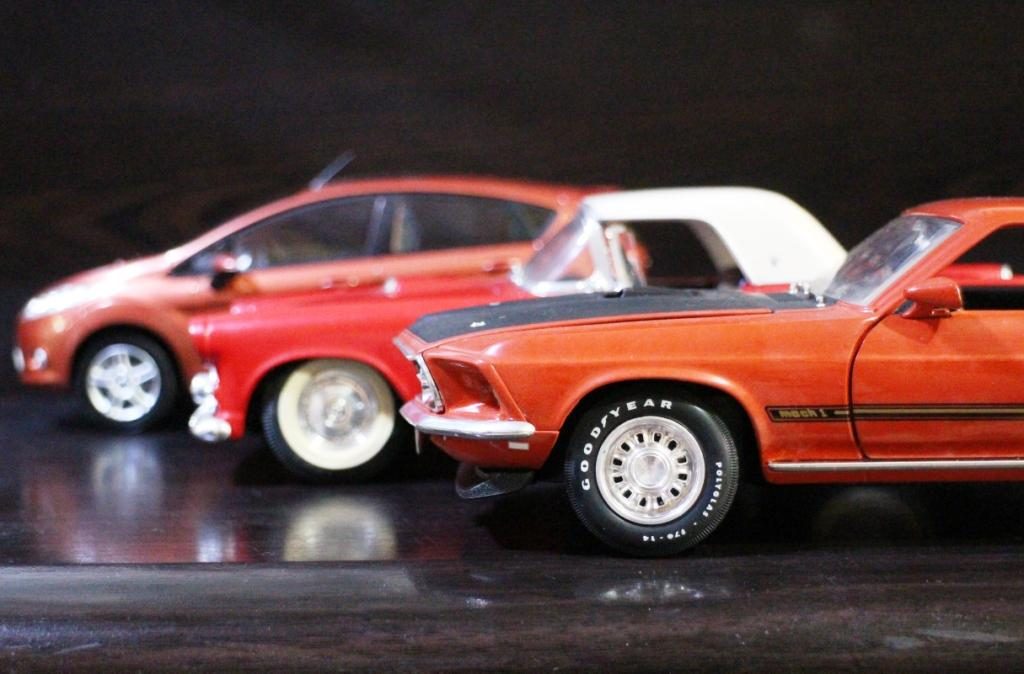 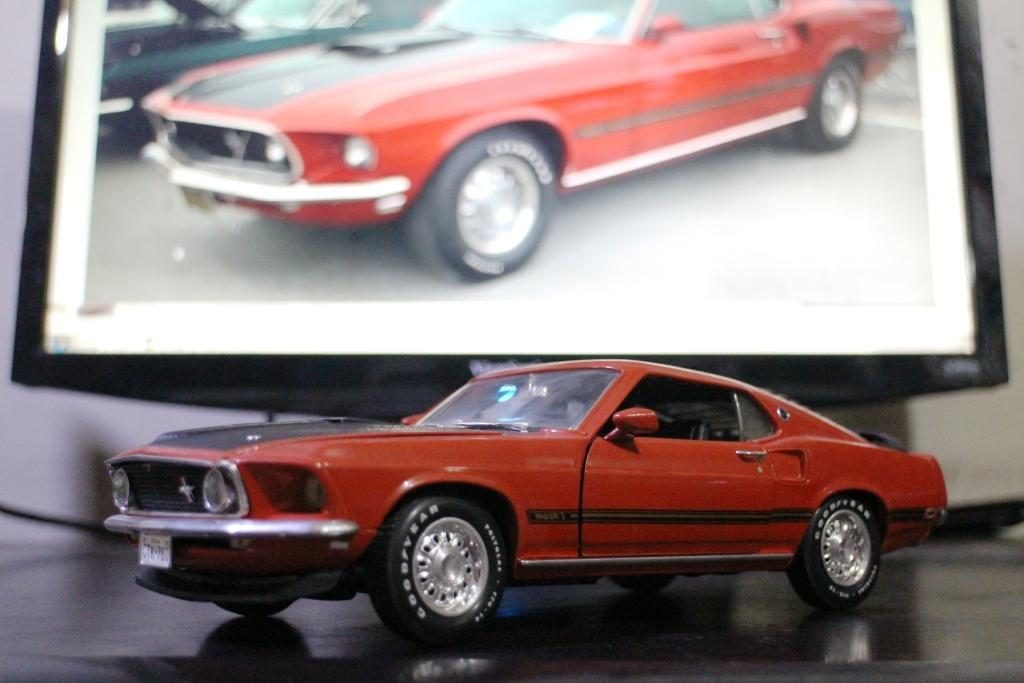