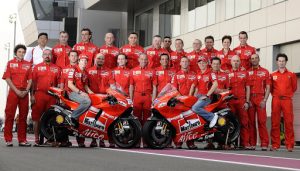 The Ducati Corse team had many reasons to look forward to the 2009 Motorcycle Grand Prix (MotoGP) season. Their lead rider for the Ducati Marlboro racing team was Australian Casey Stoner, who obtained Ducati’s first MotoGP World Championship title in 2007. 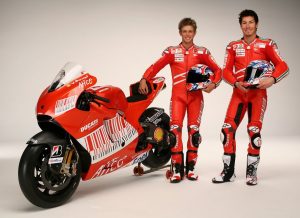 Partnering with Stoner was the 2006 MotoGP World Champion, Nicky Hayden, who was nicknamed “The Kentucky Kid”. The two World Champions were expected to bring the fight to the dominant Fiat Yamaha racing team, with multi World Champion Valentino Rossi and his team mate, Spaniard Jorge Lorenzo. 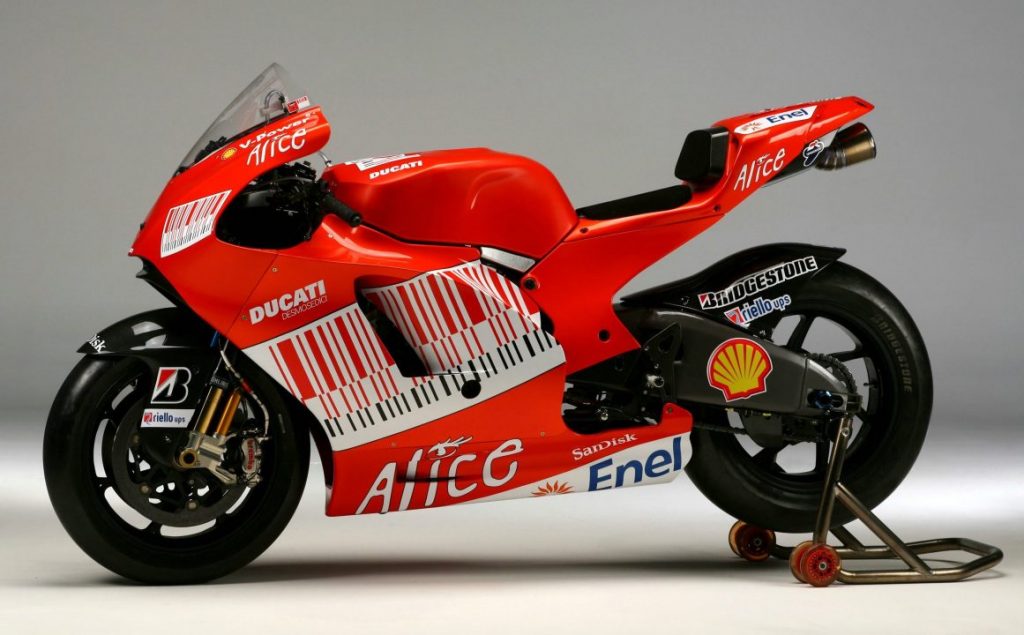 The two former World Champions will be riding the new Ducati Desmosedici GP9 racing motorcycle, which is powered by a 4-stroke V4 engine with their unique Desmodronic valve actuators. Another unique feature of GP9 is its carbon-fiber chassis, which is a departure from Ducati’s traditional steel trellis chassis. The GP9 underwent testing on Ducati’s test track since May 2008 and then publicly at Circuit de Catalunya in June. In the 5th round of the 2009 MotoGP races at Mugello, the GP9 reached speeds of 348km/h. 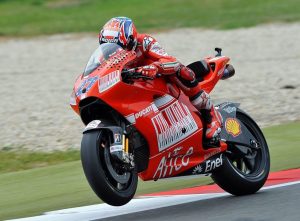 The Ducati GP9 of Stoner performed well during the start of the season to wage a three-way battle with the Yamahas of Rossi and Lorenzo. But Stoner was struck by a mystery illness that caused him to feel tired long before the end of races. After struggling with his condition until the 10th round of the championship, Stoner was temporarily replaced by Mika Kallio for 3 rounds. Stoner returned late in the season and rode the GP9 to 4 victories, 8 podium finishes, and clinched 4th place in the riders’ championship. 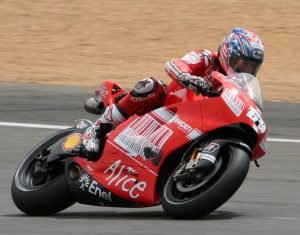 Not so fortunate was Hayden, who was plagued with problems and routinely finished in the mid-pack or lower. His major complaint was that the GP9 was “pumping” during corner exits leading to problems with grip. He fell in a major crash during the first race in Qatar, was taken to the hospital, but returned for the Sunday warm-up session and went on to finish 12th in his milestone 100th grand prix. Hayden would underperform on the GP9 all throughout the season and finish 13th in the rider’s championship, his worst result since he first started in MotoGP in 2003. 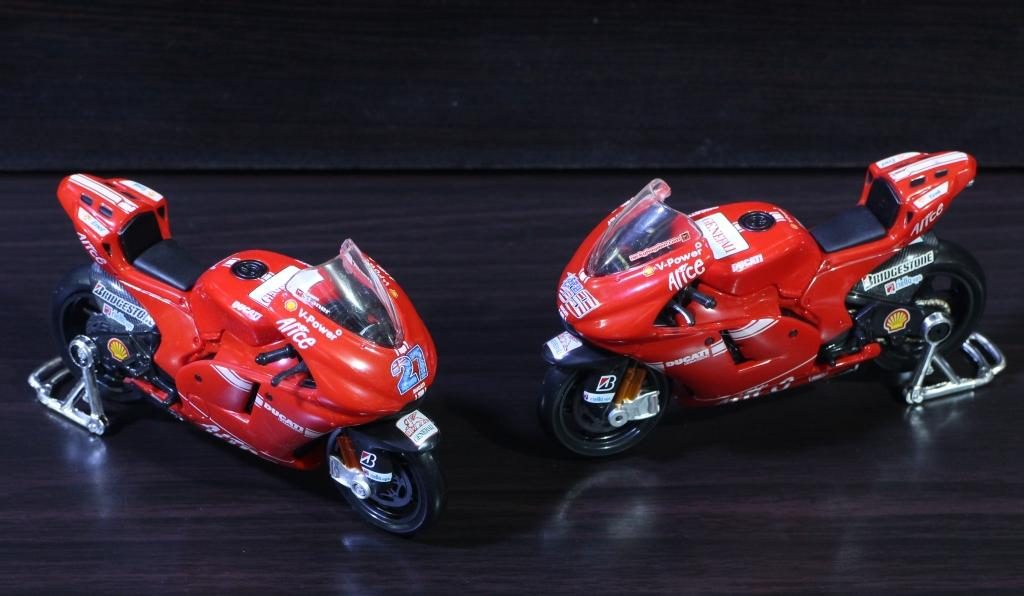 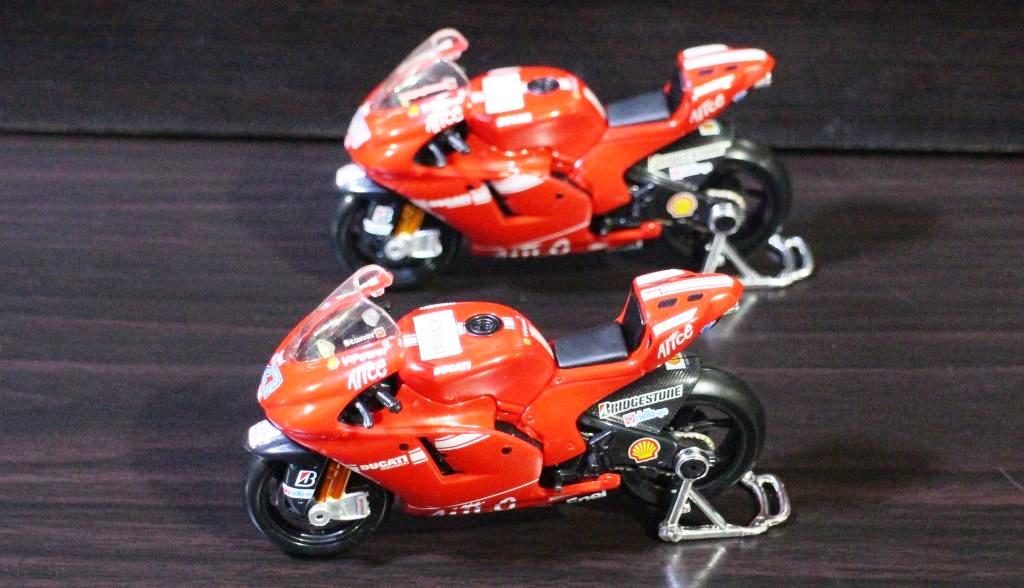 We were able to acquire the two Ducati Desmosedici GP9 race bikes of Stoner (No. 27) and Hayden (No. 69), albeit in 1:18 scale. Our two die-cast model bikes were made by Maisto and were finished in the traditional Corse Rossa (racing red) paint scheme with white stripes. Both bikes were decked with their sponsors’ logos such as Alice (a brand of Telecom Italia), Assicurazioni Generali (Italian insurance company), Shell V-Power, Bridgestone tires, Enel (Italian energy company) among others. 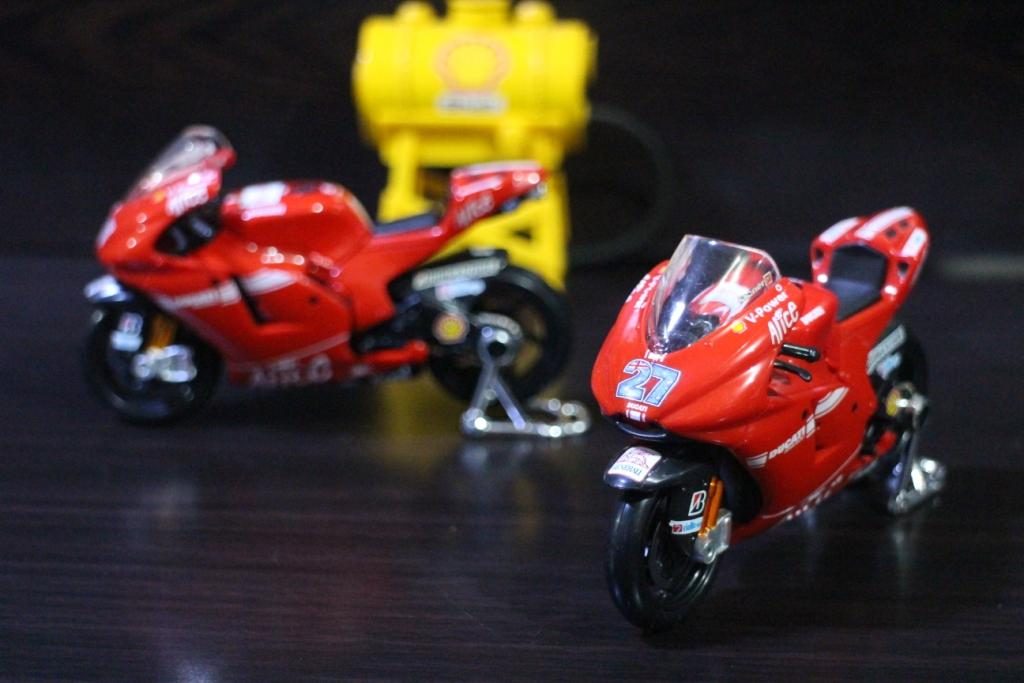 Noticeable absent from our Maisto model GP9s was the logo of the Ducati racing team’s major, Marlboro. Despite the World Health Organization Framework Convention on Tobacco Control (WHO FCTC) ban on all tobacco advertising, promotion and sponsorship in 2005, cigarette brand sponsorship of motorsports continued throughout the 2000s. Marlboro resorted to “dark advertising” where only their bar code was shown on the sides of the GP9. Maisto probably removed these logos on the models in compliance with the WHO FCTC. 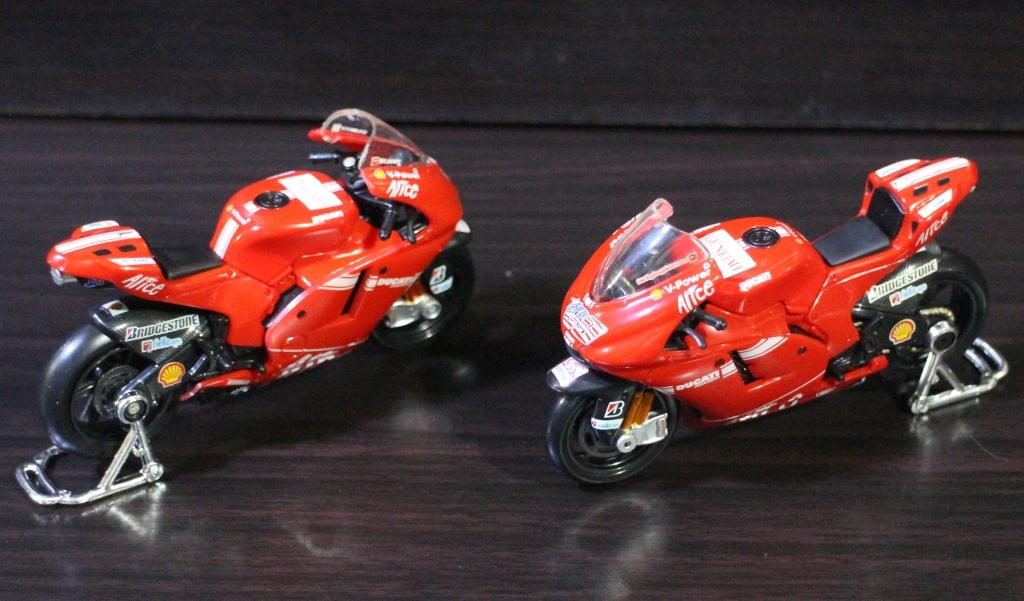 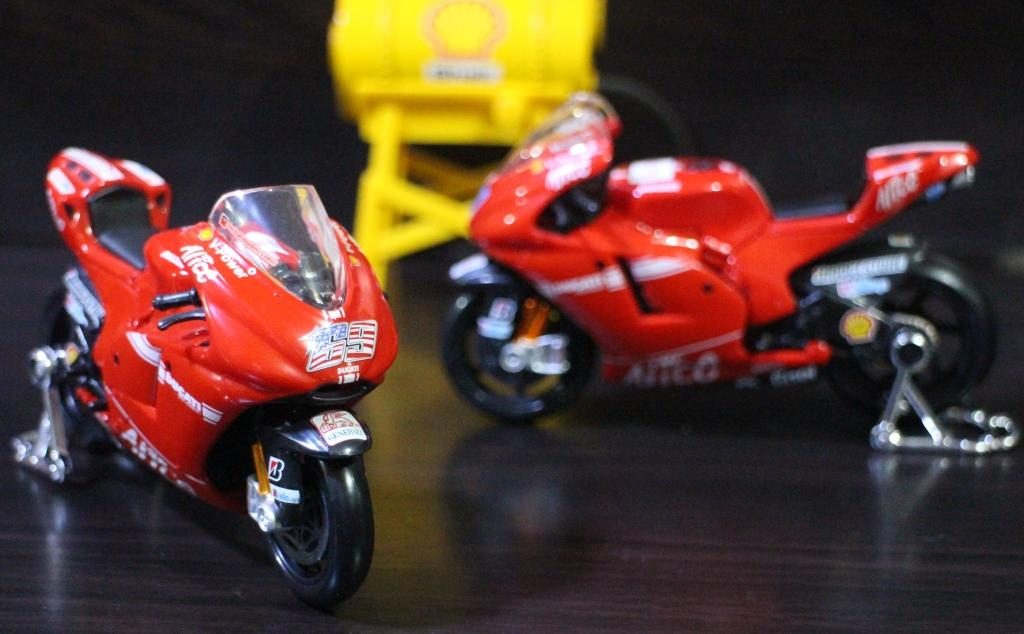 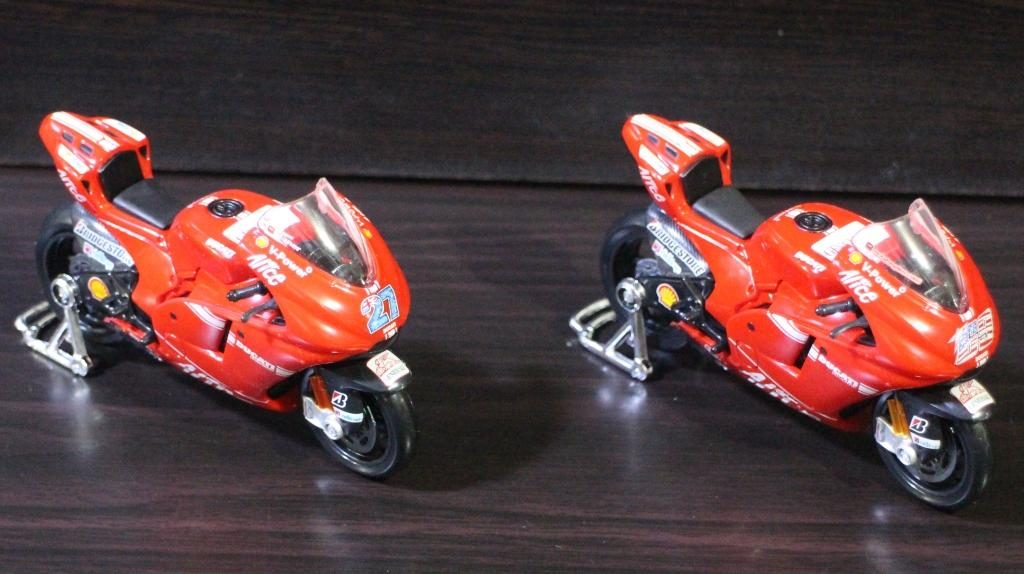 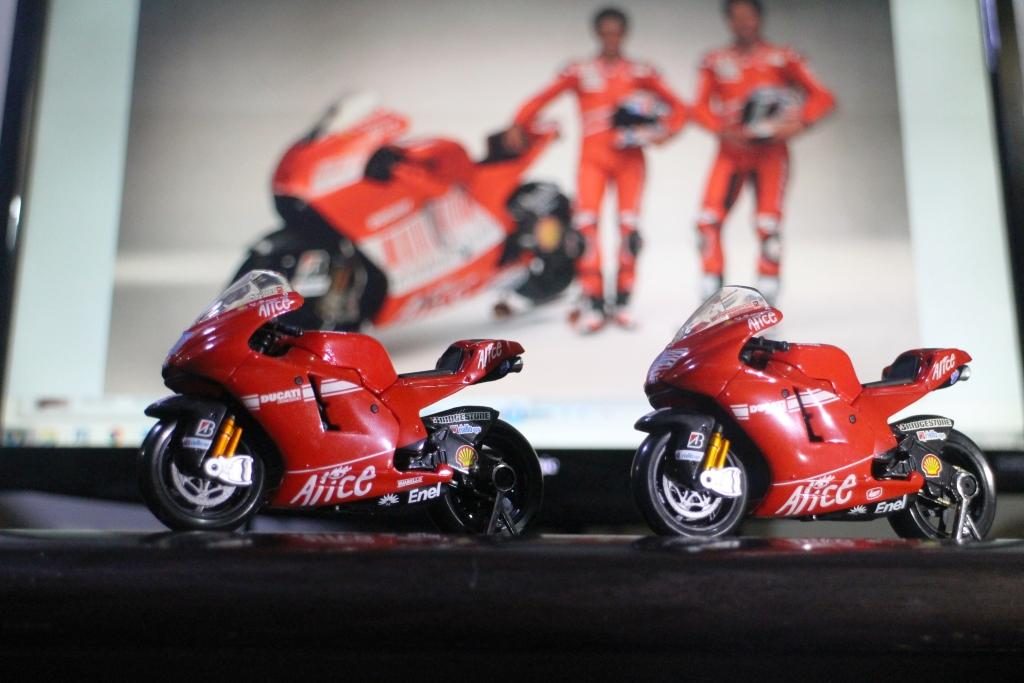 Tomorrow, June 1, 2020, the government will ease the restrictions and place Metro Manila under General Community Quarantine (GCQ), wherein travel is no longer severely restricted but health and safety protocols such as the wearing of masks and the observance of social distancing will still be enforced. We hope that you, our dear readers, will stay alert and protect yourself with a face mask and/or face shield when in crowded places. Always keep your distance. Help avert a second wave of infection. Do your part and help beat COVID-19! 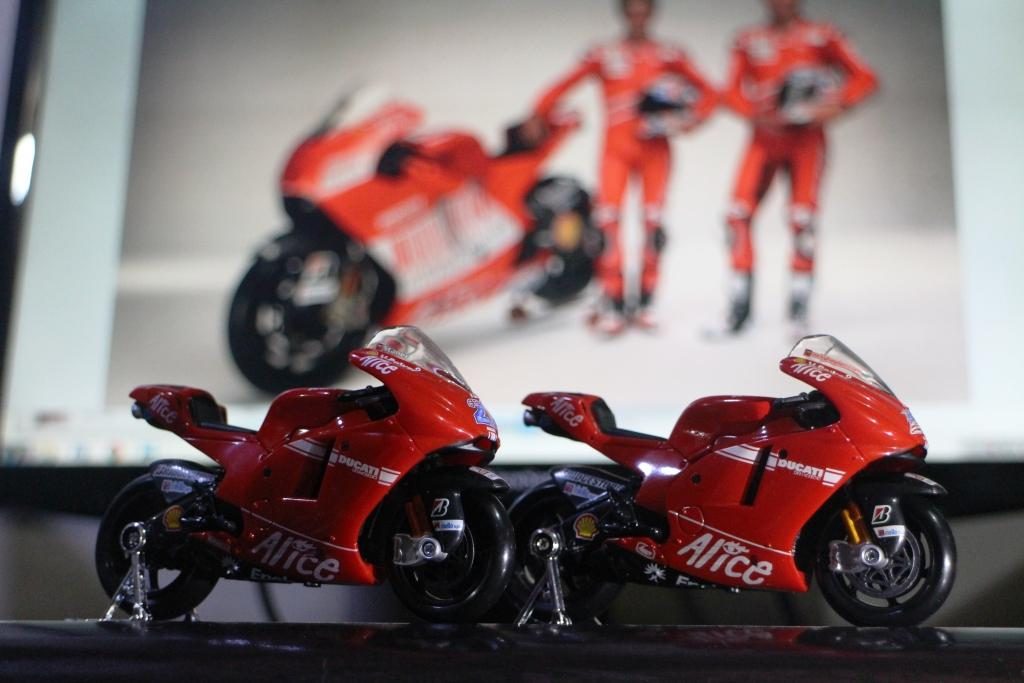