2022 Ford Territory Titanium +: Going Back in Time with a Ruby Red Precious Metal 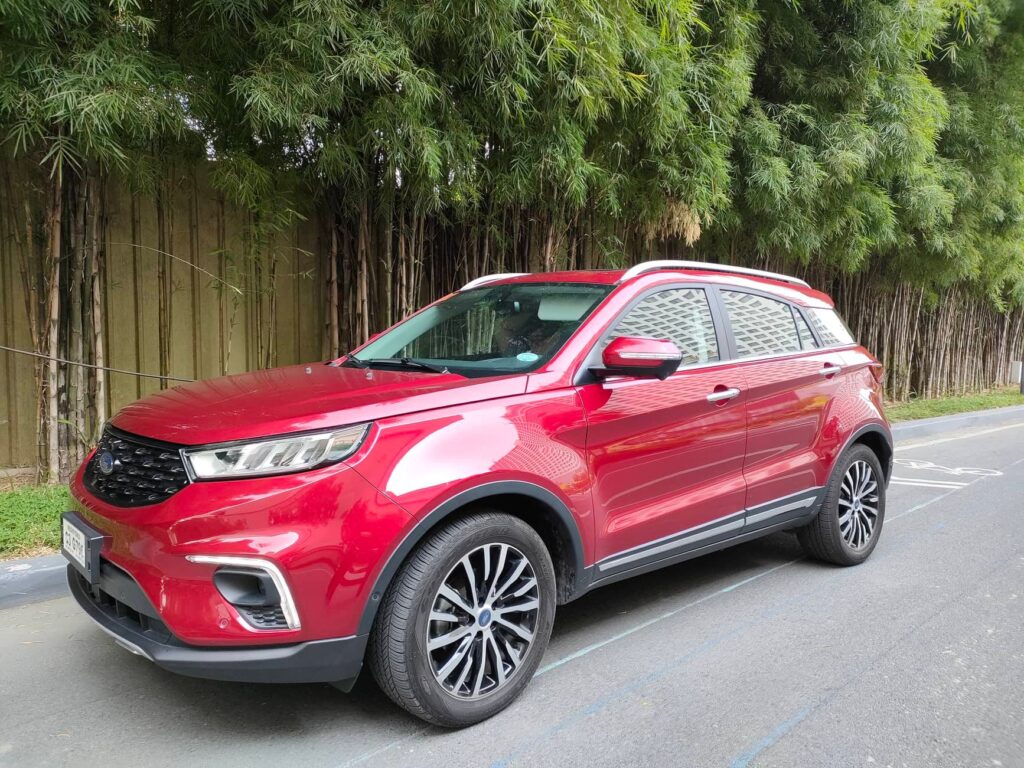 One of the joys of being a motoring journalist is that we get to drive the latest vehicles that are available in the Philippine market. The test unit is often delivered to us with a full tank of fuel and left with us for a couple of days for us to evaluate and enjoy. Of course, when we enjoy driving a test unit a bit too much, we sometimes get attached to it and often times, come to a point where we wish that we could keep it. 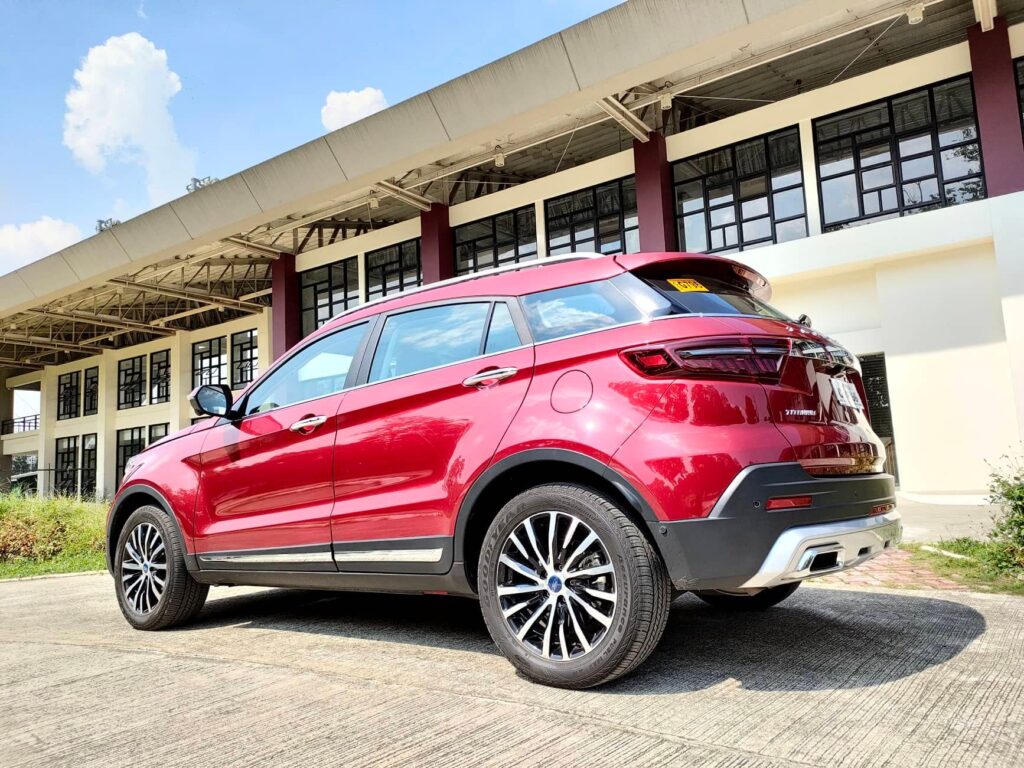 Such is the case with the 2022 Ford Territory Titanium + CVT that our good friends from Ford Philippines lent me for a weeklong test drive. By some stroke of luck, they lent me their Ruby Red media test unit, which coincided with the 40th Anniversary or the Ruby Year of my high school graduation. (UST HS Batch 1982. Gosh, I’m that old…) While driving the Territory, I was suddenly transported back to high school, with all my passion and day dreams about cars and anything automotive. 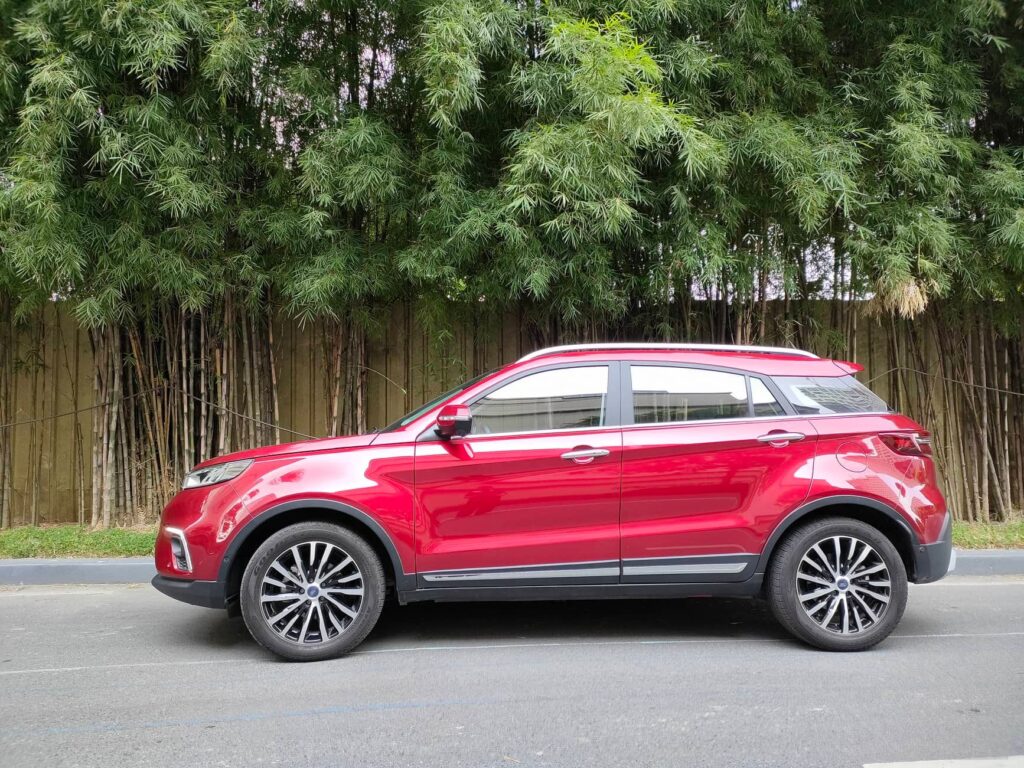 If someone told recent-high-school-grad 16-year-old car-crazy me in 1982 that I’d be driving a different vehicle every week as my future career, I’d be doing cartwheels all day. (I still think of doing cartwheels every time I get a media test unit but unfortunately, the spirit is willing but the body isn’t…) Take, for example, the wheels on this Territory: it’s a set of 18-inch 15-spoke alloy wheels fitted with 50-series 235-millimeter-wide Goodyear Assurance tires. In my youth, tires with these specs were fitted on exotic supercars. Now, they’re on a production crossover sport utility vehicle. How times have changed! 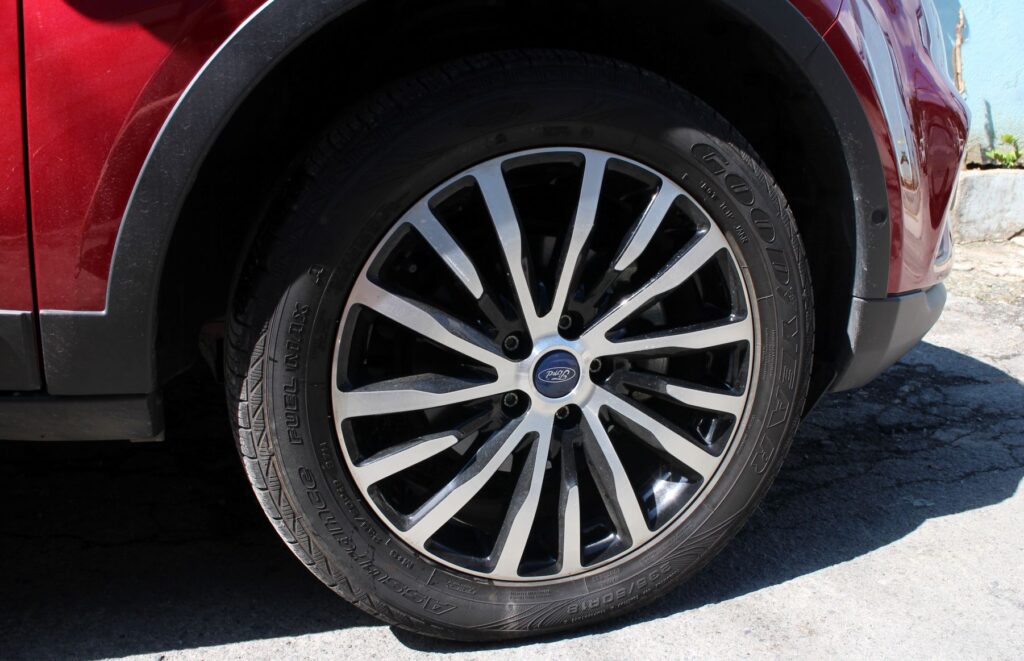 My 16-year-old self would immediately open the hood and see the 1.5-liter EcoBoost 4-cylinder engine, marvel at its engineering, and be amazed with its 141-horsepower output. (At the time, I didn’t know about metric horsepower, pferdestärke or PS, of which the Territory has 143.) Testosterone-filled 16-year-old me would likely prefer a stick shift to manually put all those 225 Newton-meters of torque to the ground, but thankfully, the now-mature 56-year-old me appreciates the continuously variable (CVT) automatic transmission that intelligently shifts to optimize power and fuel mileage. However, when the “need for speed” of my “less mature” side kicks in, Ford thankfully included a Sport Mode in the CVT for zestier performance. 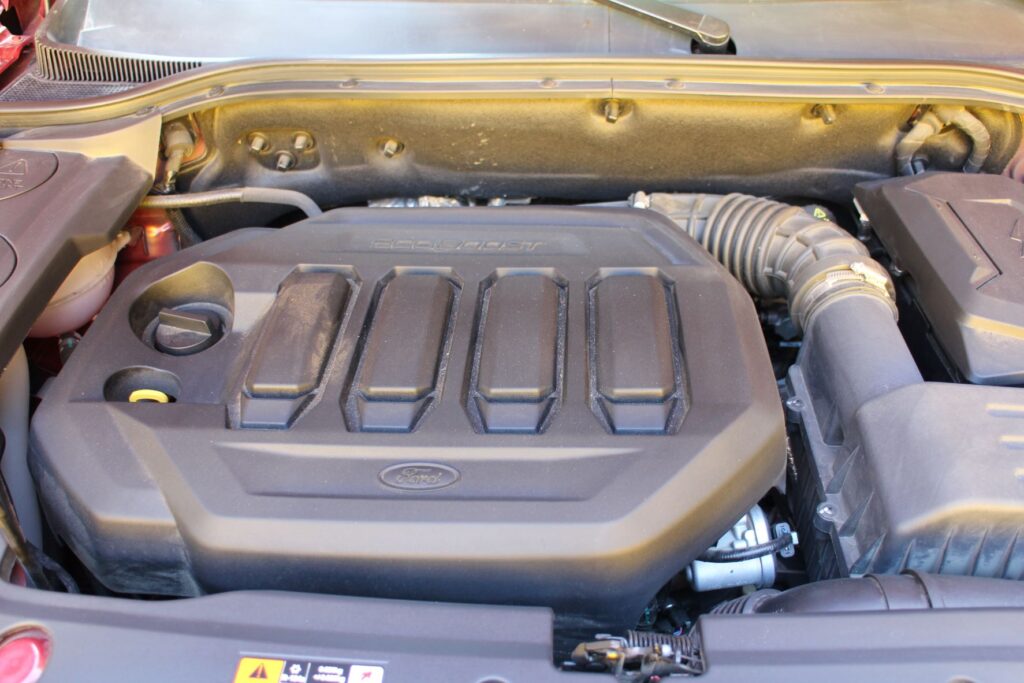 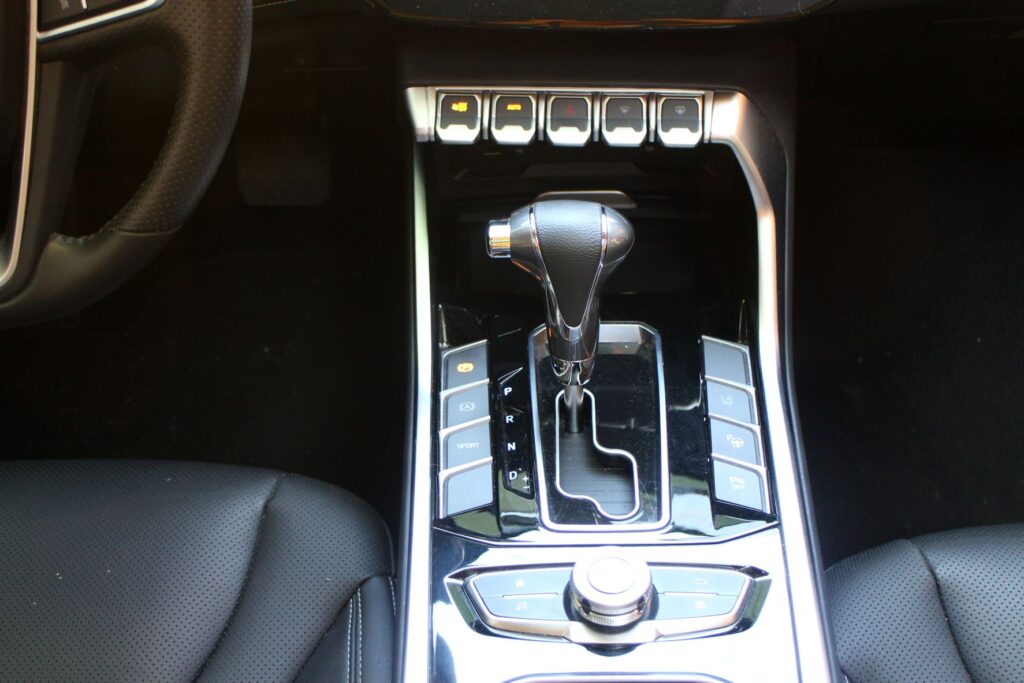 When I was a little boy, I wanted to grow up in a hurry. I couldn’t wait to be 18 so I can legally get my driver’s license and drive all day! I now realized that nerdy car-nut of a little boy would be ecstatic to just sit inside the Territory because it offers technology that would have been considered as science fiction 40 years ago, such as an infotainment system with a 10-inch touchscreen with adjustable quad view, Apple CarPlay and Android Auto compatibility and four USB ports plus wireless charging for mobile phones. (Little ol’ me was still awed by those wireless Communicator devices from “Star Trek”.) 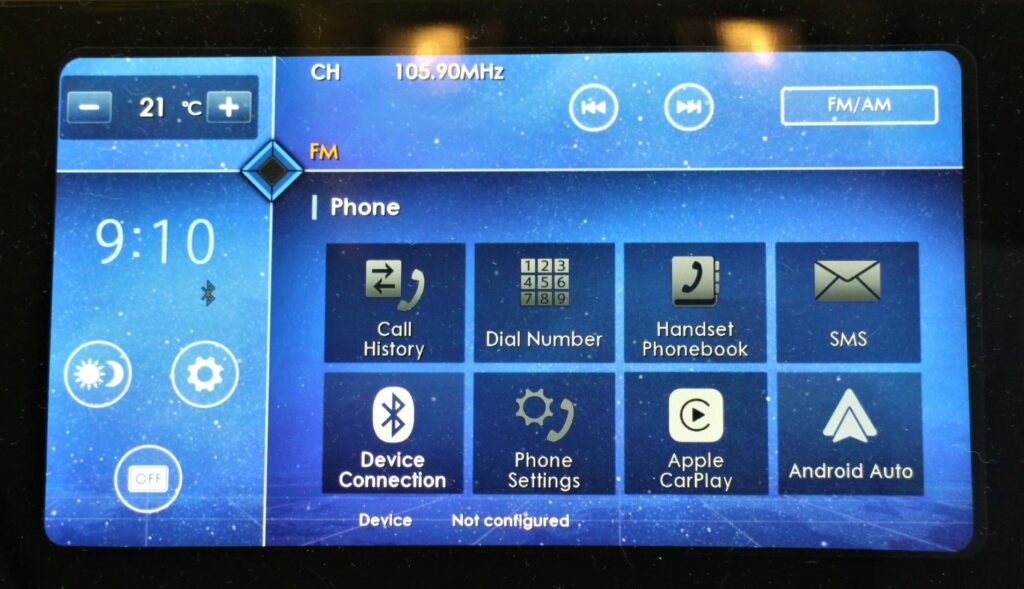 That little boy would go gaga about the Ford Co-Pilot360, which includes Active Park Assist with parallel-parking and the segment-first perpendicular parking, 360 Degree Around View Monitor, Adaptive Cruise Control with Forward Collision Warning, Autonomous Emergency Braking, Blind Spot Information System and Lane Departure Warning. And my dad would have been more confident about my driving if his 1976 Ford Cortina 2000E came with Electronic Stability Control, ABS, EBD and Traction Control, Hill Launch Assist, six airbags, front and rear parking sensors and Tire Pressure Monitoring System with individual tire pressure display. I’m sure he would have traded his old Ford for a new Territory Titanium+ just for his peace of mind. 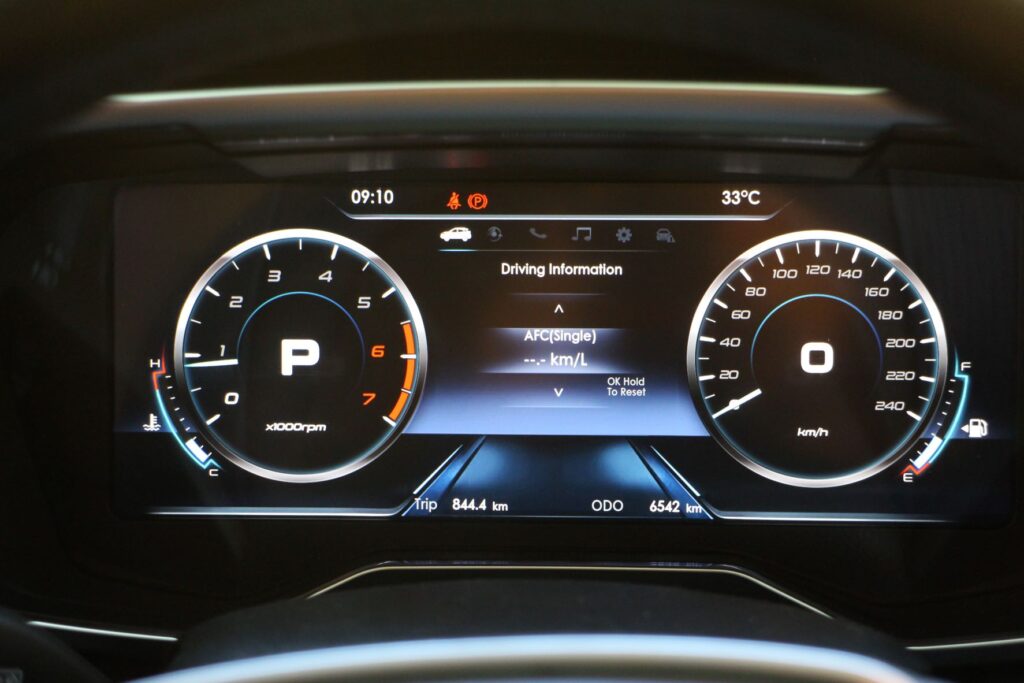 At a time when the SUVs roaming the narrow streets of Metro Manila were either imported full-sized Range Rovers and Suburbans or mid-sized Pajeros, Patrols or Land Cruisers, the Ford Territory would have been a sight-for-sore-eyes for 16-year-old me. It would be the “not-too-big, not-too-small, just-right” SUV size. Even now, its urban-ready design stands out on the road, especially with our Titanium+’s LED headlamps, LED daytime running lamps, LED tail lamps, front and rear fog lamps, rear spoiler, roof rails, and of course, that large panoramic moonroof. I just love it! (Little ol’ me would have gone to the moon over that moonroof!) 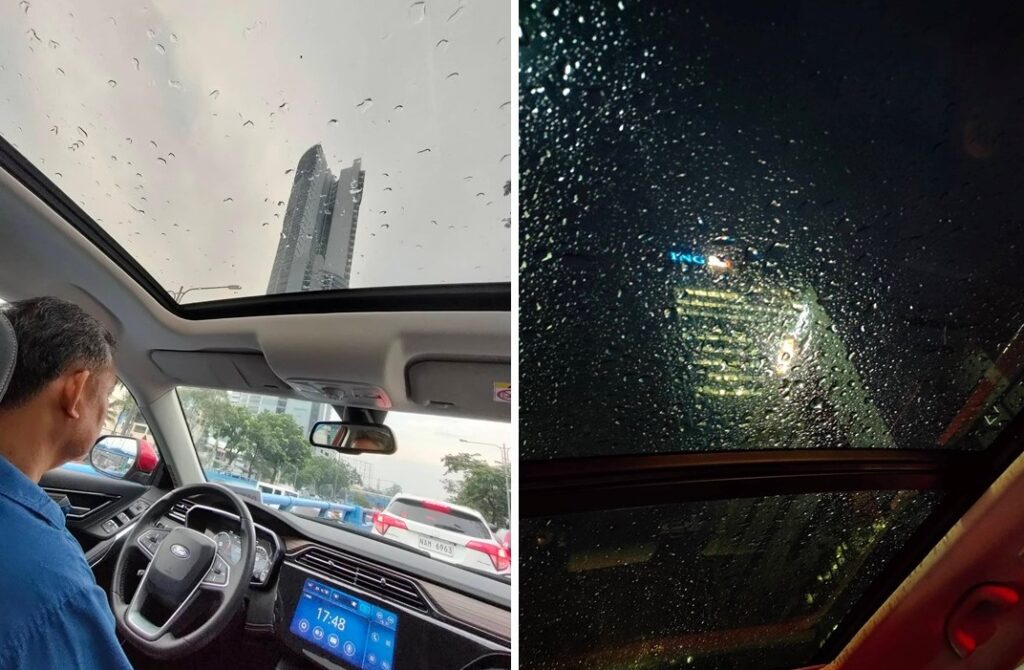 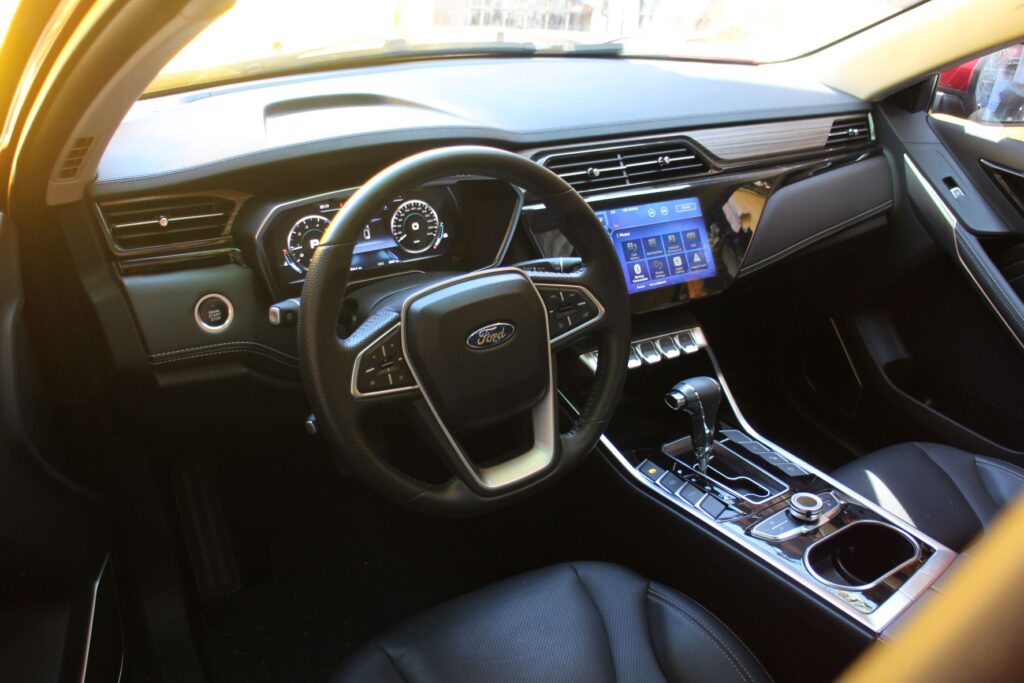 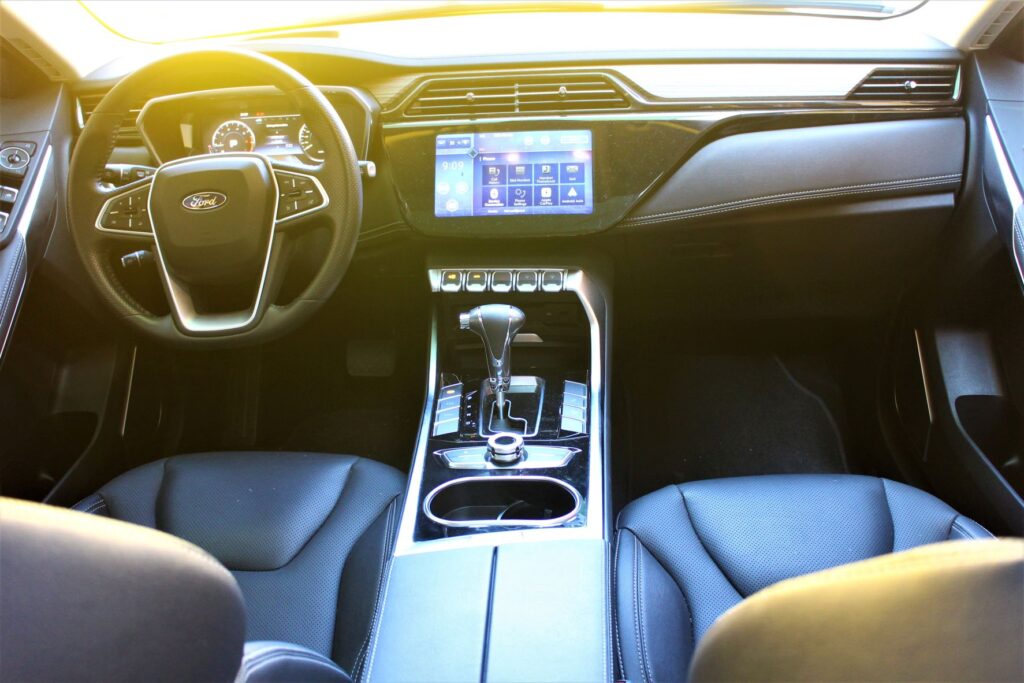 The SUVs of the ‘80s would be hard pressed to match the level of refinement found in the Territory’s interior. Entering the vehicle and starting the engine with the Smart Keyless Entry with Push Button Start would have caused panic in 1982. Slipping into the heated and cooled ergonomic seats with perforated leather, gripping the leather steering wheel with mounted controls, and operating the power door locks with central locking, speed sensing door locks, auto-dimming rear view mirror, while eyeing the leather-covered center console with dual-lid opening and ogling the interior ambient lighting with 7 color options would have been exclusive to expensive customized luxury cars in the Eighties. 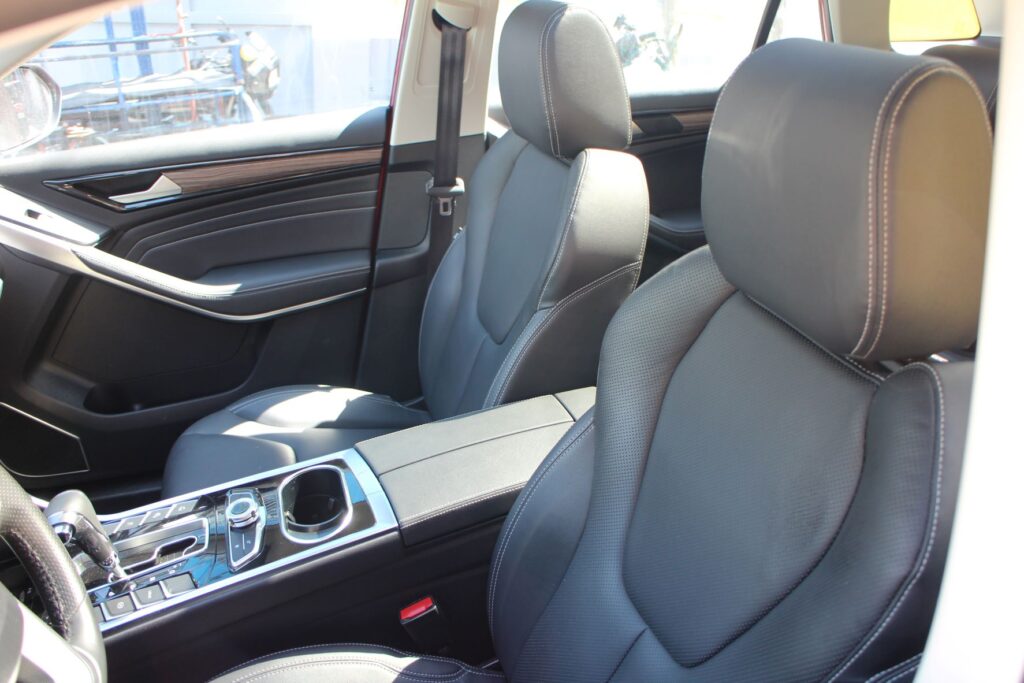 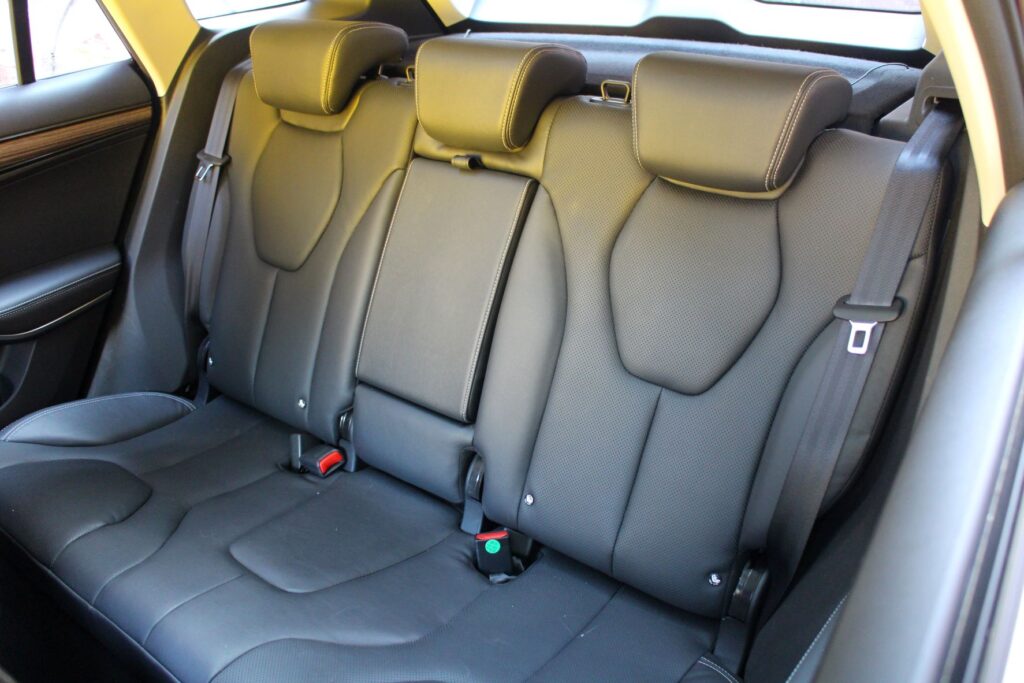 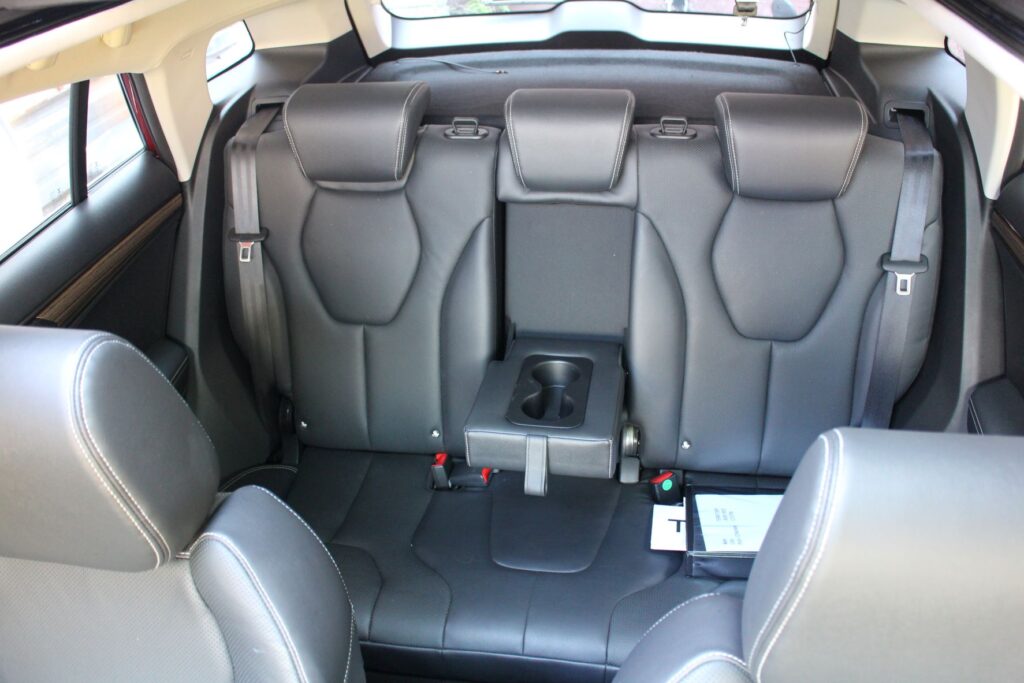 While my dad’s old Cortina is now considered a classic Ford, the Territory Titanium+ looks every inch a Ford in its design. With its rugged yet elegant exterior, chiseled profile, gloss black front grille with chrome inserts, rain-sensing front windshield wipers, power folding mirrors, puddle lamps, and chrome exterior door handles, the Territory oozes with Ford SUV DNA. After all, the Ford Motor Company was deeply involved in its design through its Ford Design Studio in Melbourne, Australia. (Will it age as gracefully as the Cortina and become a classic? We’ll find out in 25 years, if we’re still around by then…) 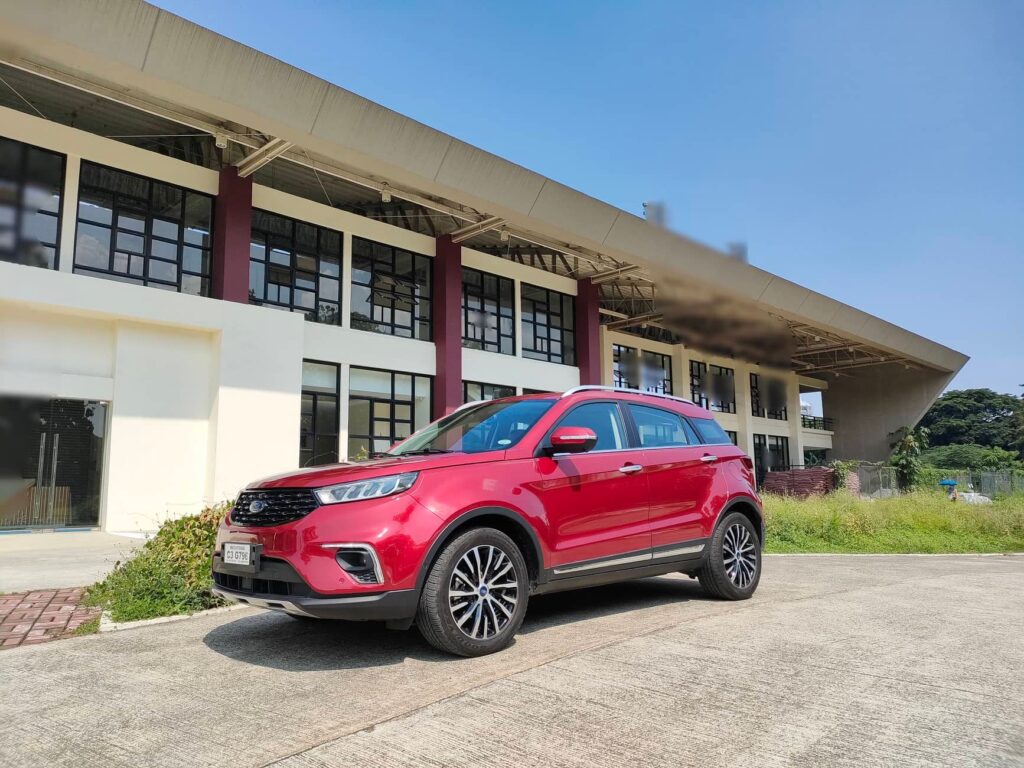 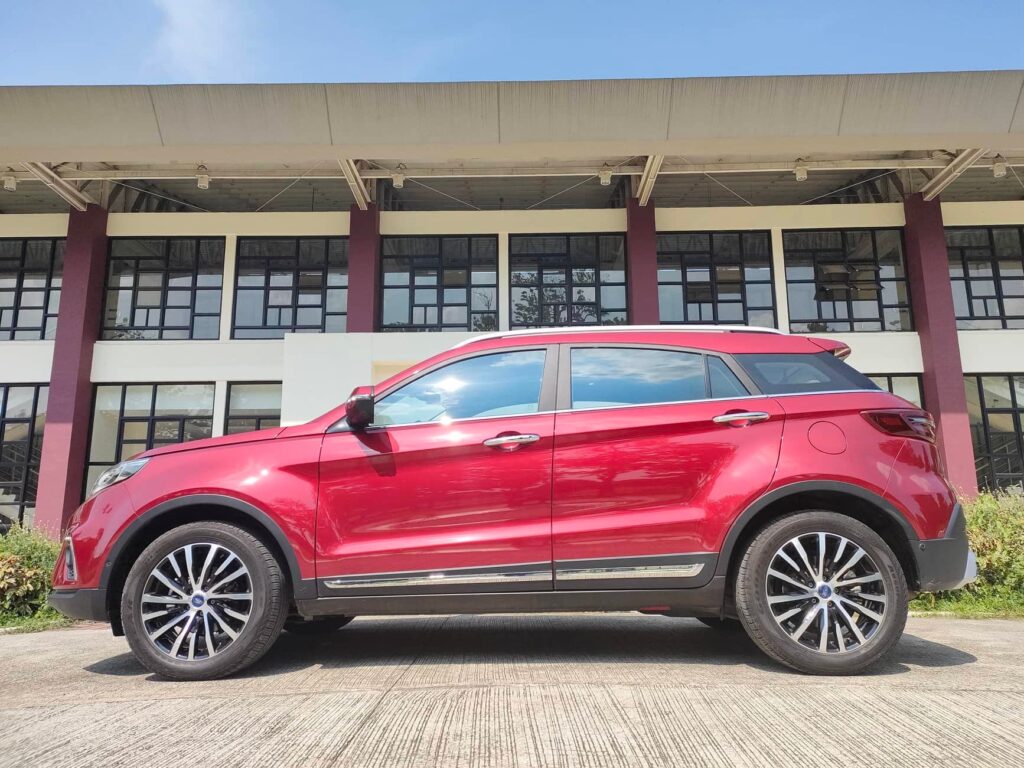 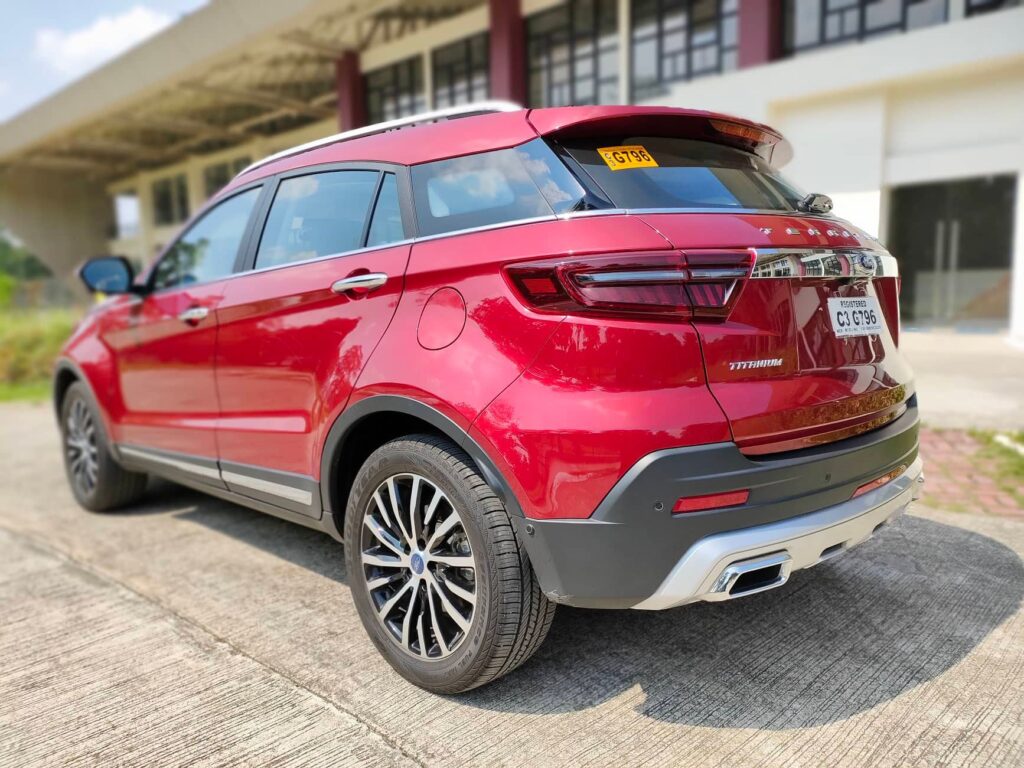 Ford also boasts that the Territory has been rigorously tested at their testing centers in China and Australia to lower its noise, vibration and harshness (NVH) levels, hone its ride and handling characteristics, and to ensure that it meets Ford’s stringent engineering and quality standards. These tests resulted in a finely-tuned suspension, consisting of front McPherson struts and a rear multi-link system, that offers exceptional ride comfort and refinement. Its EcoBoost powertrain features lower service maintenance costs with a once-a-year scheduled service interval while its 60/40 split rear seats can be configured to increase the luggage and cargo capacity of this right-sized SUV. That would have been unthinkable when I was about to enter college in 1982! 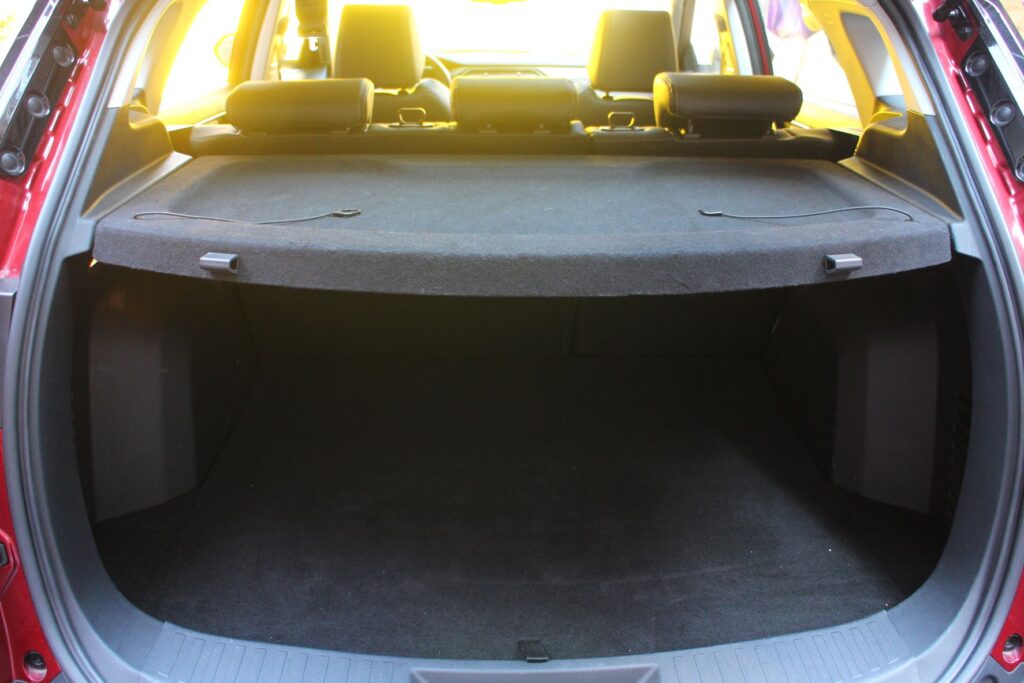 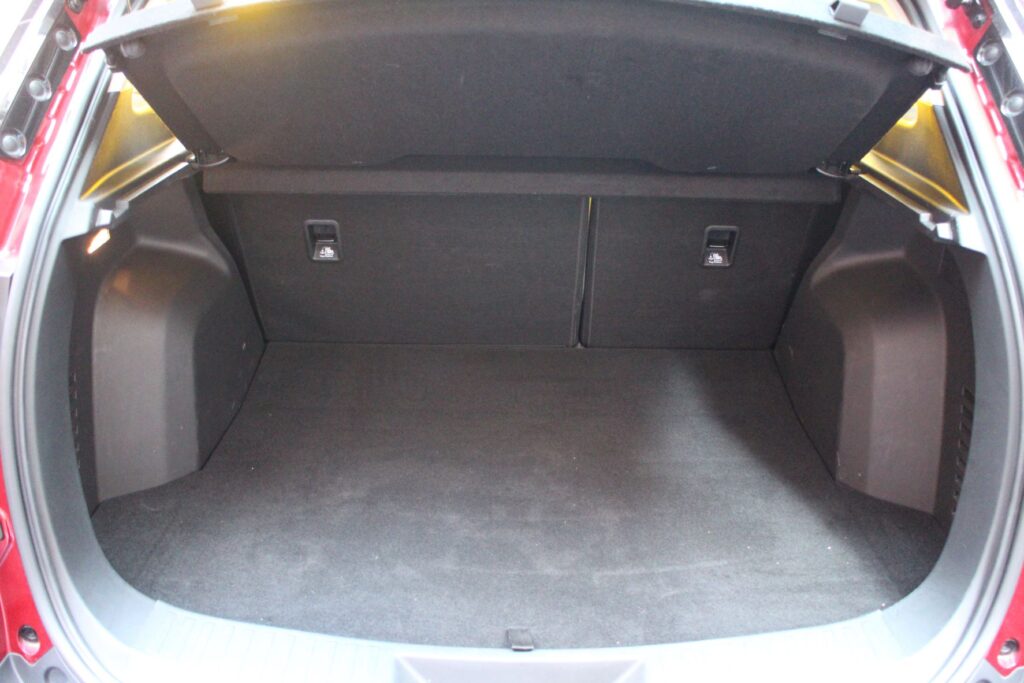 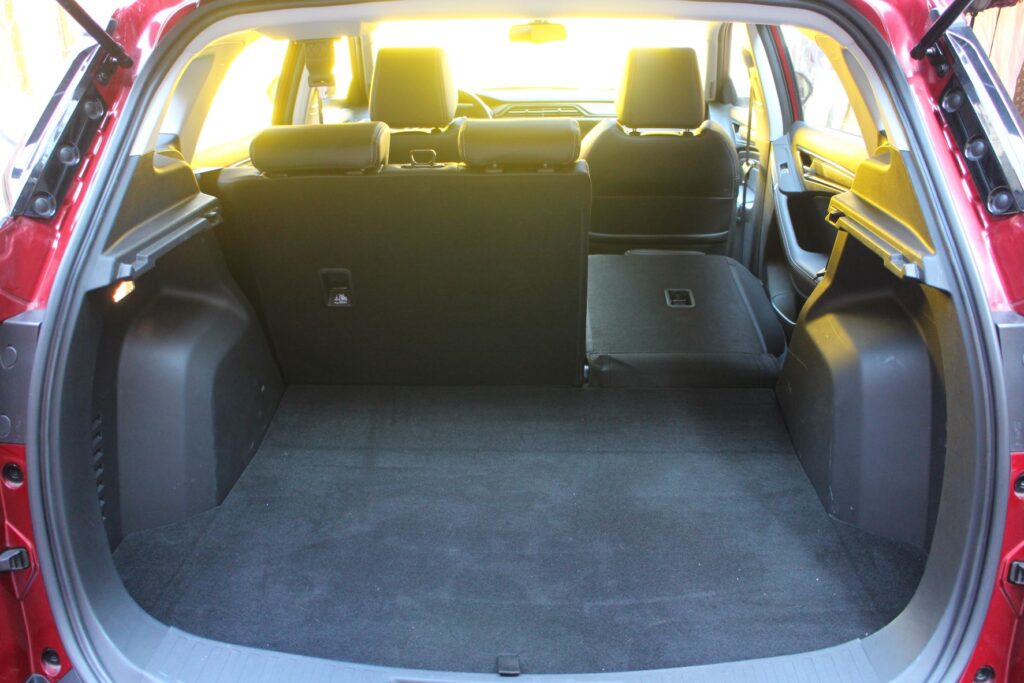 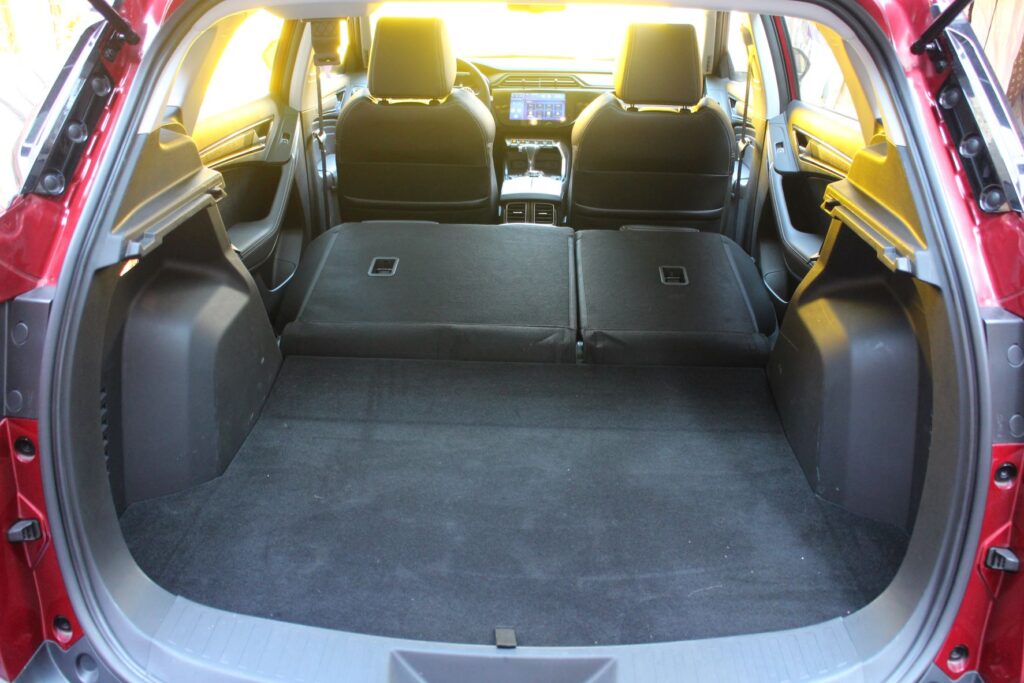 Thus, it was with great reluctance that I had to hand over the keys of the Ruby Red 2022 Ford Territory Titanium+ to the car jockey/driver who will take it back to Ford Philippines after a week of thoroughly enjoying it. Driving it not only gave me a satisfyingly luxurious and convenient experience, it also took me back in time – when I felt that the world was mine for the taking. (Well, at least, I felt that way for a few weeks of a well-deserved summer vacation in 1982 before I had to go back to reality, get back into the grind, and earn a college degree…)

Visit the nearest Ford dealership or log on to www.ford.com.ph/suvs/territory to get to know the Territory better. 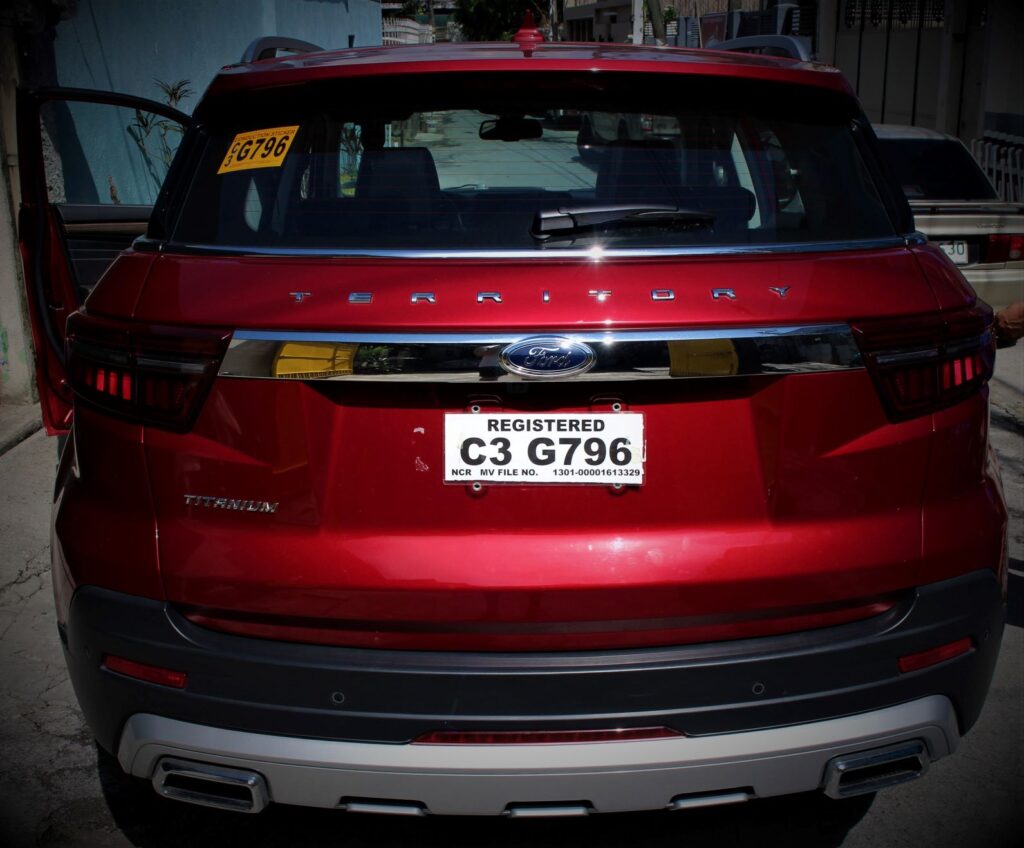 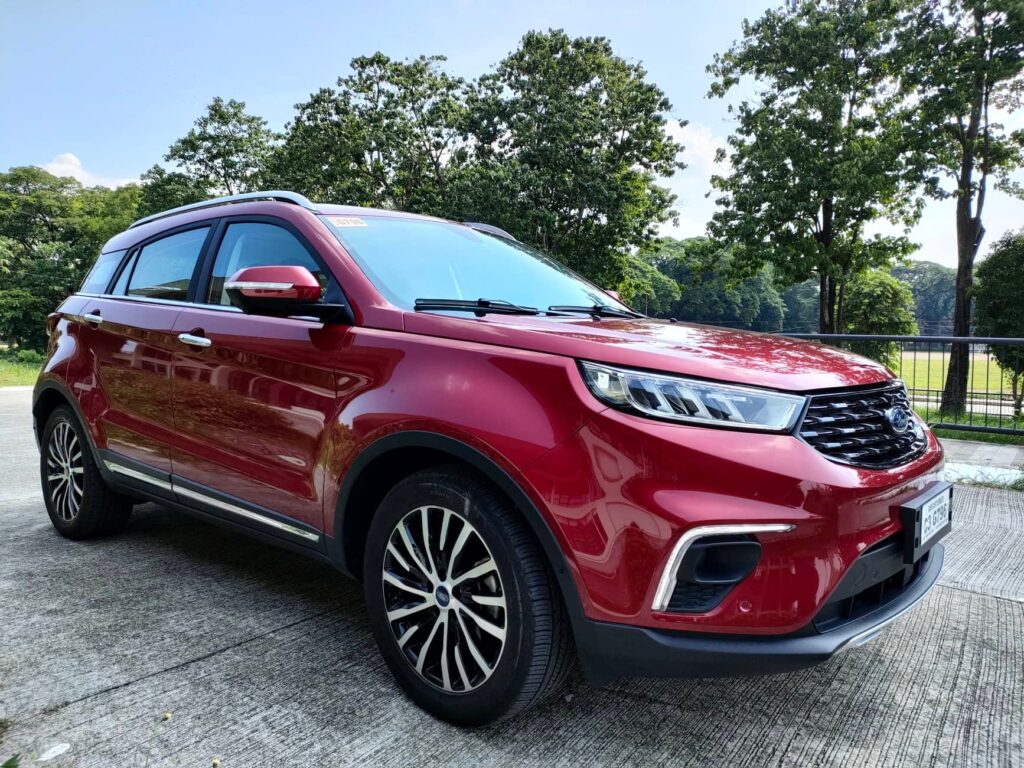