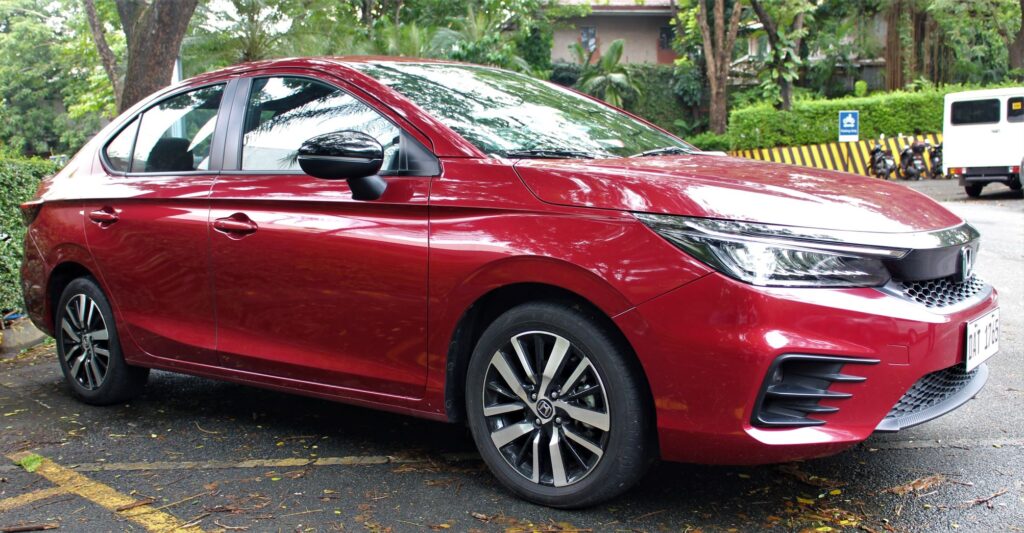 The 2021 Honda City RS you see here is seventh-generation City and the fifth-generation City sedan. It was launched on November 25, 2019 in Bangkok, Thailand but the sedan was introduced in the Philippines almost a year later on October 22, 2020. This latest City sedan, as well as the City Hatchback, which was introduced on April 20, 2021, now comes imported from Thailand after the assembly plant of Honda Cars Philippines, Inc. (HCPI) in Santa Rosa, Laguna was closed. 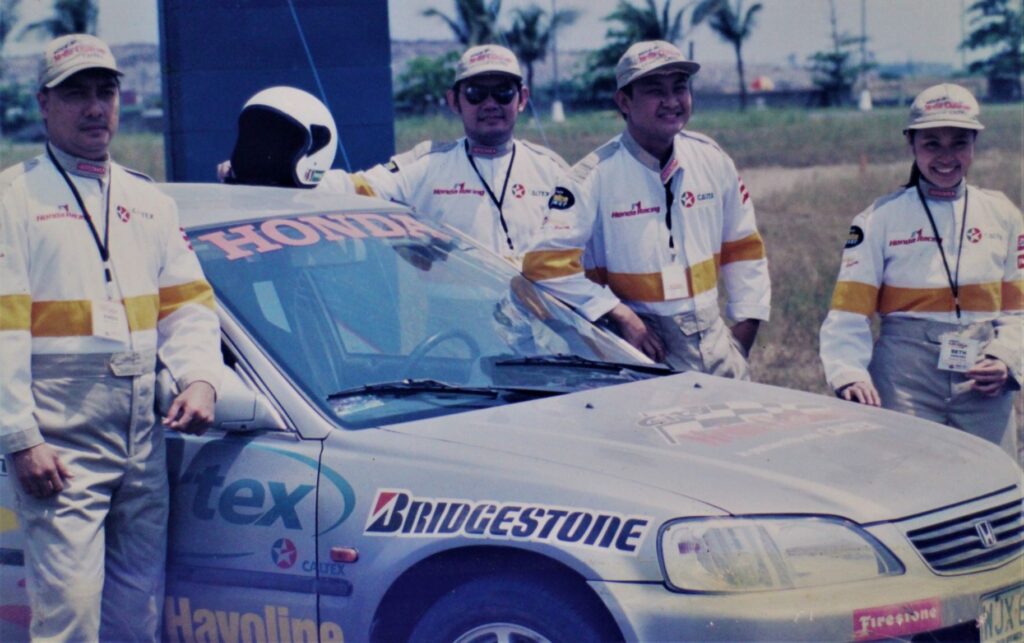 I’m particularly nostalgic about HCPI and the Honda City because 20 years ago, when I first ventured into the local motoring media scene, I was able to participate in the wildly popular “Honda Media Challenge” in 2001. I competed against other media people from different outlets in rally cross-style races using the 3rd-generation Honda City 1.3-liter (3A2) and 1.5-liter (3A3) models. I was so impressed with the City that I requested for a top-of-the line 1.5-liter VTEC model as my company car from my former day job in the telecoms industry. 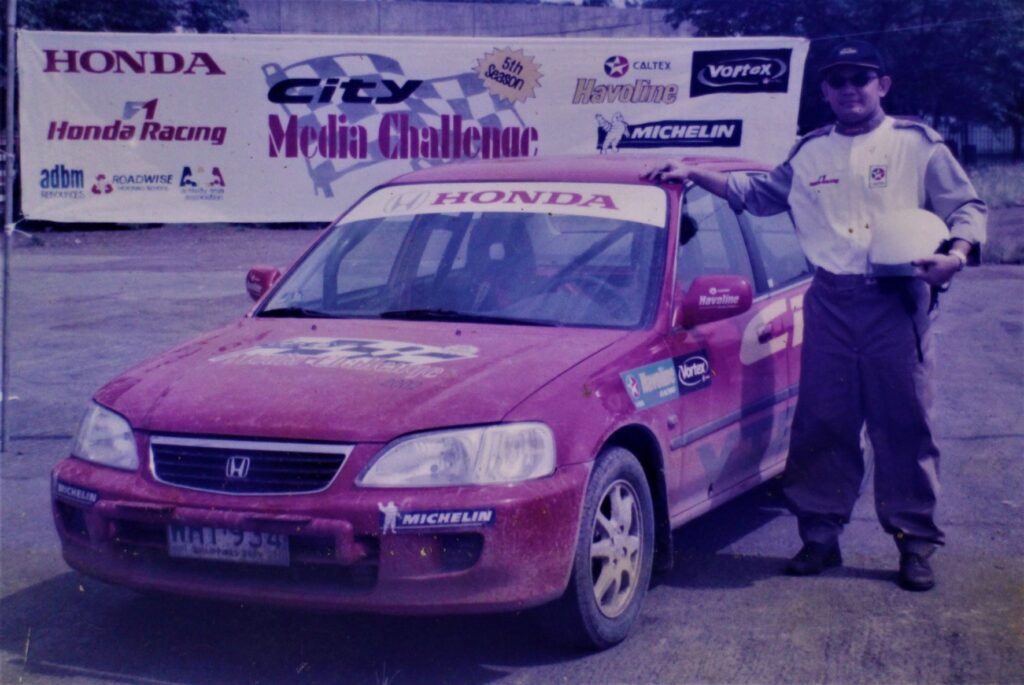 The seventh-generation City, which is internally dubbed as the “GN”, shares its platform with the fourth-generation Honda Jazz/Fit, which was recently discontinued by HCPI in favor of the City Hatchback. Compared to the 2001-2002 Honda City that I used to drive, the new City is a lot larger, and even slightly larger than the 2011–2016 Honda Civic. However, Honda continues to market and price the City in the subcompact or B-segment of the market. 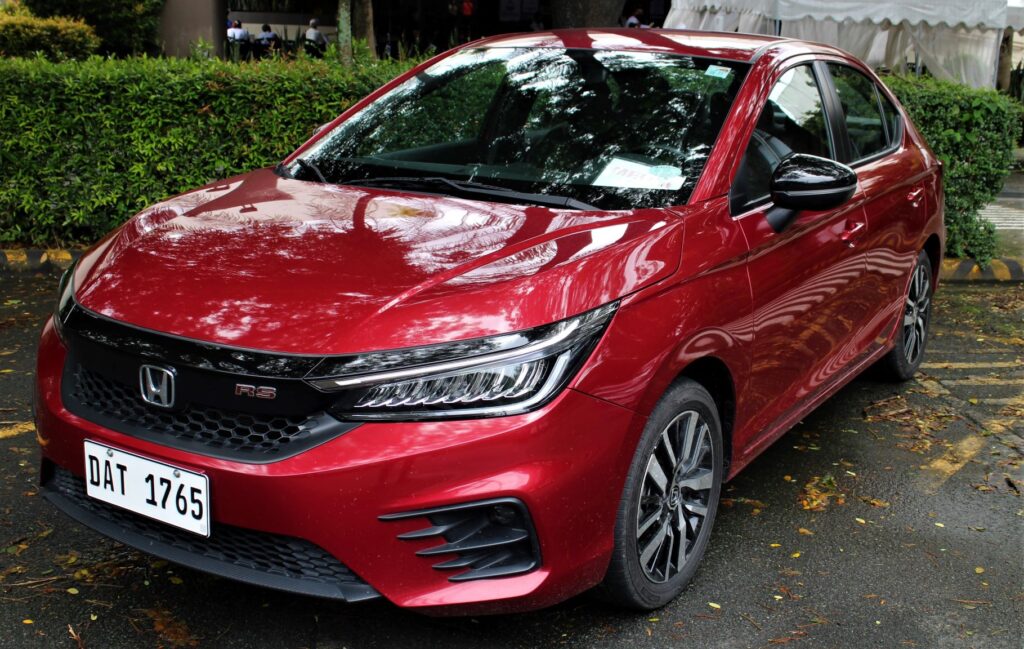 HCPI released only one engine variant, the L15B1, for the City sedan and hatchback version in the Philippine market. It is a 1.5-liter i-VTEC inline 4-cylinder double overhead cam (DOHC) engine with Earth Dreams Technology. Transmission choices are limited to a 6-speed stick shift (City S model) and a continuously variable transmission or CVT (City V and RS models). I’m thankful that HCPI lent me this sporty top-of-the-line Ignite Red Metallic City RS as a weeklong “birthday drive”. 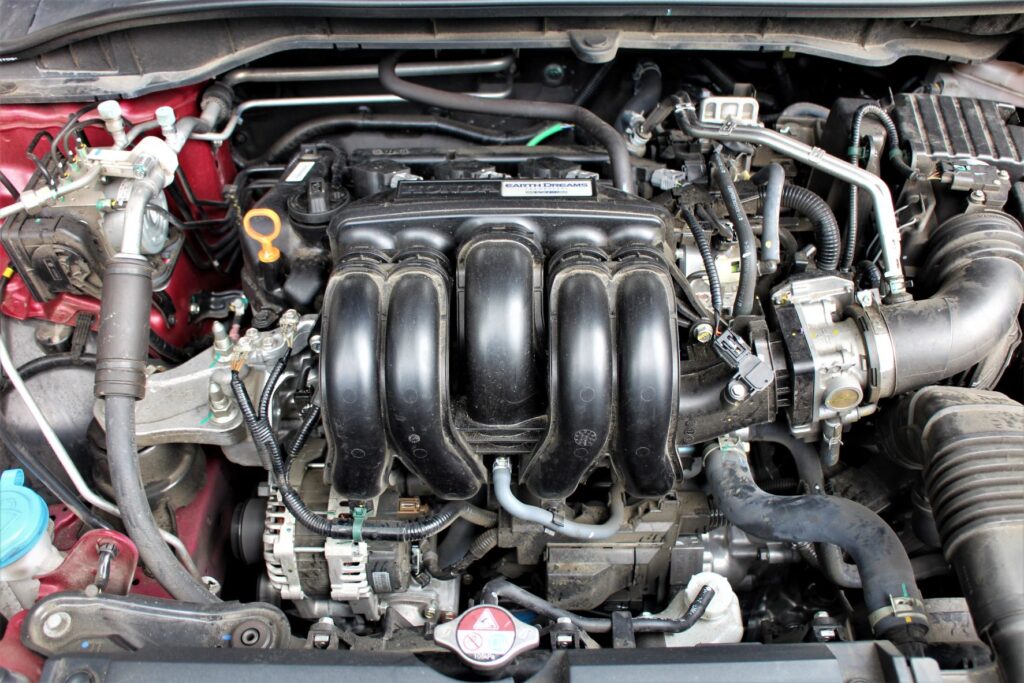 The 1.5-liter L15B1 i-VTEC engine of the current City revs higher and produces more power than the 1.5-liter D15B VTEC engine of the 3rd-gen (119 horsepower at 6,000 rpm versus 102 hp at 5,900 rpm) while churning out more torque at lower revs (145 Newton-meters at 4,300 rpm versus 133 Nm at 5,000 rpm). Clearly, Honda engineered the 7th-gen City with larger dimensions to make it more spacious, more comfortable, and more upmarket in appearance while infusing it with more power and torque to provide the same satisfying performance.

Raining in the City

Despite the rainy weather during the week the City RS was with me, I still found it satisfying to drive. The 185/55R16 Dunlop Enasave tires, which are wrapped around 16-inch 15-spoke two-tone aluminum alloy RS Design wheels, provide confidence-inspiring grip whether the roads are wet or dry. The electric power steering system (EPS) feels light during slow drives but communicates with a bit more weight and feedback at speeds. I barely felt the transitions of the CVT as I drove along, although the downshifts can be easily discerned when you stomp on the Drive-by-Wire (DbW) throttle. 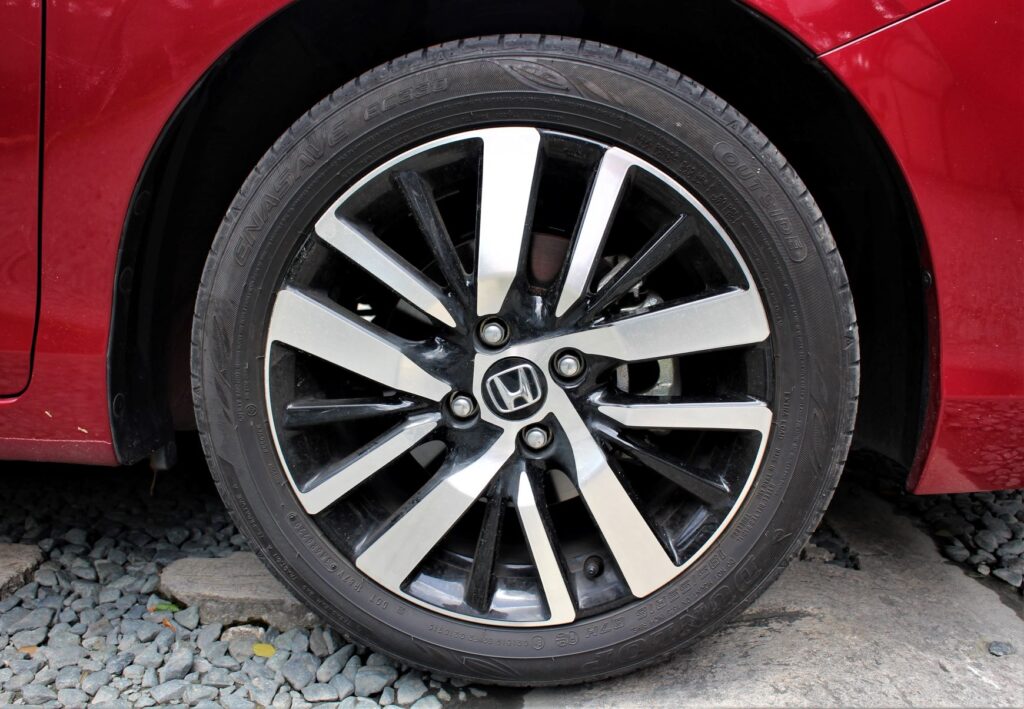 Compared to the old 3A3 City, the current GN City RS is a cinch to drive in the wet. Where the older model might slither and slide its way across wet tarmac, the new one glides through with the help of modern technology such as Anti-lock Braking System (ABS), Electronic Brake-force Distribution (EBD), Vehicle Stability Assist (VSA) and Hill Start Assist (HSA). And with the ECON economy drive mode button engaged, I saw an average fuel mileage of 12 kilometers per liter during my weeklong drive, which is a lot lower than the 25.17 km/L fuel efficiency claimed by the factory. 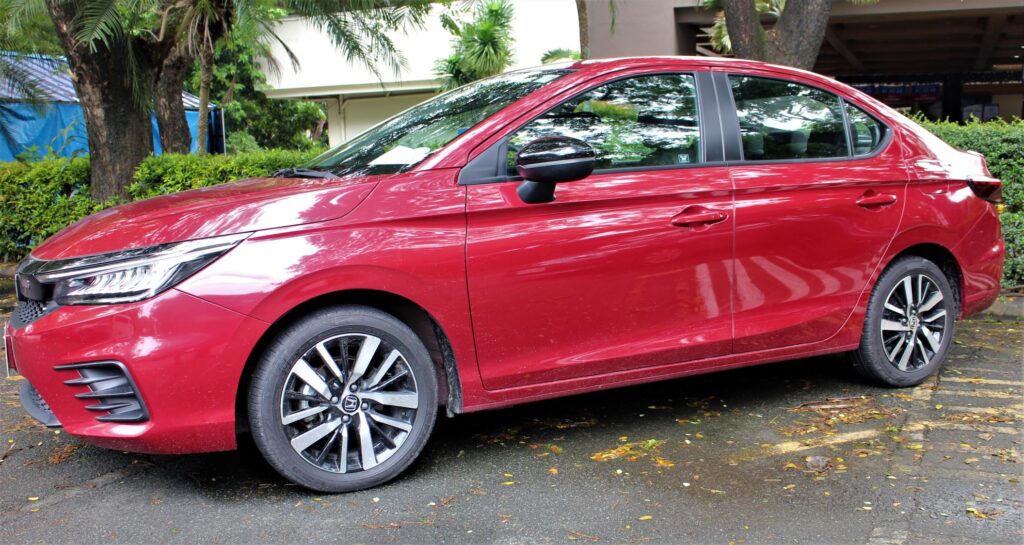 Built with Honda’s G-Force Control (GCON) body structure that envelops the occupants with crash protection, I felt safe inside the City RS. Besides the safety driving aids mentioned above, the City RS comes with a reverse camera with guidelines and parking sensors that work together to ensure that the GCON does not get to do its work. A built-in security alarm and immobilizer adds to the peace of mind that this P1,058,000 Honda exudes. 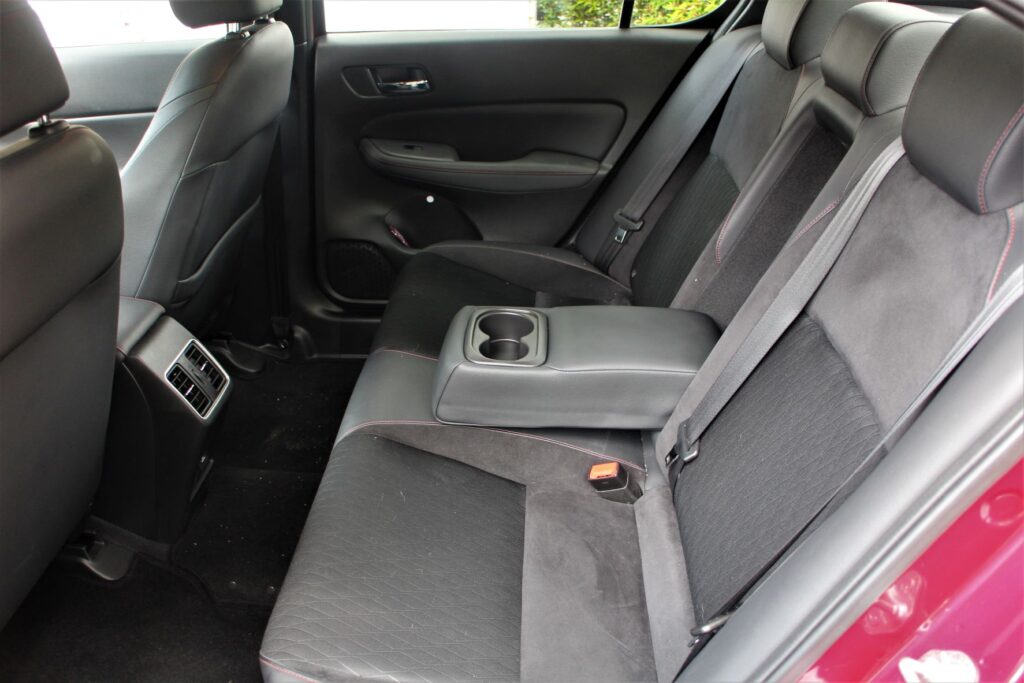 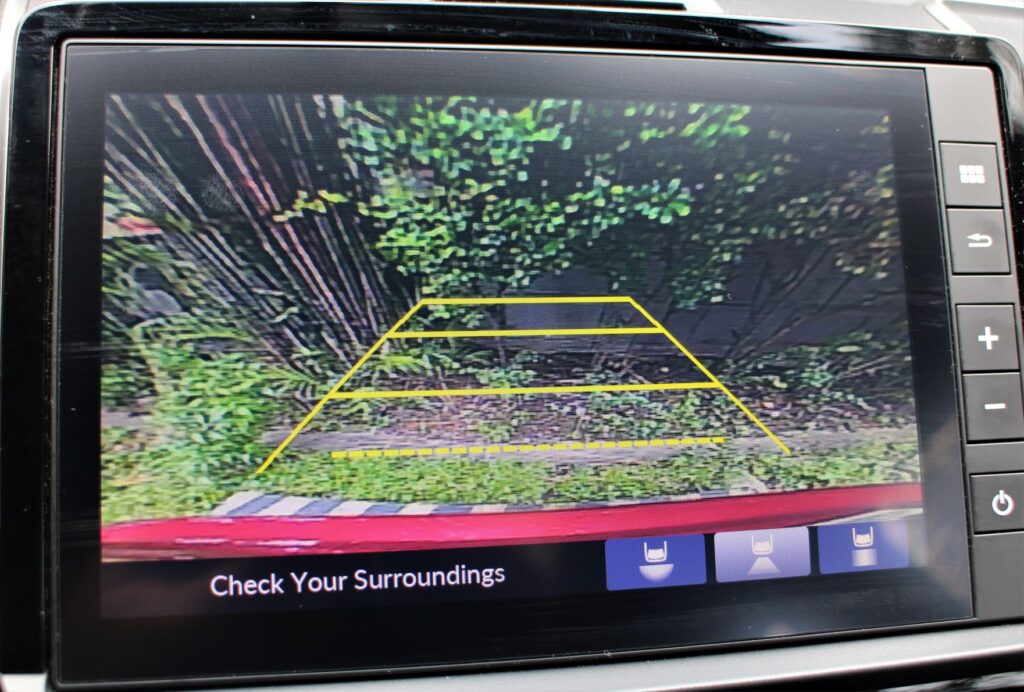 We were not worried about the heavy torrential rains outside as we crawled through the metropolitan traffic unperturbed in the confines of our leather-covered interior. An 8-inch touchscreen infotainment system with Apple CarPlay and Android Auto piped music from eight speakers placed around the cabin. When the sun came out, the automatic climate control system kept us cool and comfortable all throughout the drive. The dash even had a cubby hole where I can safely place my mobile phone! 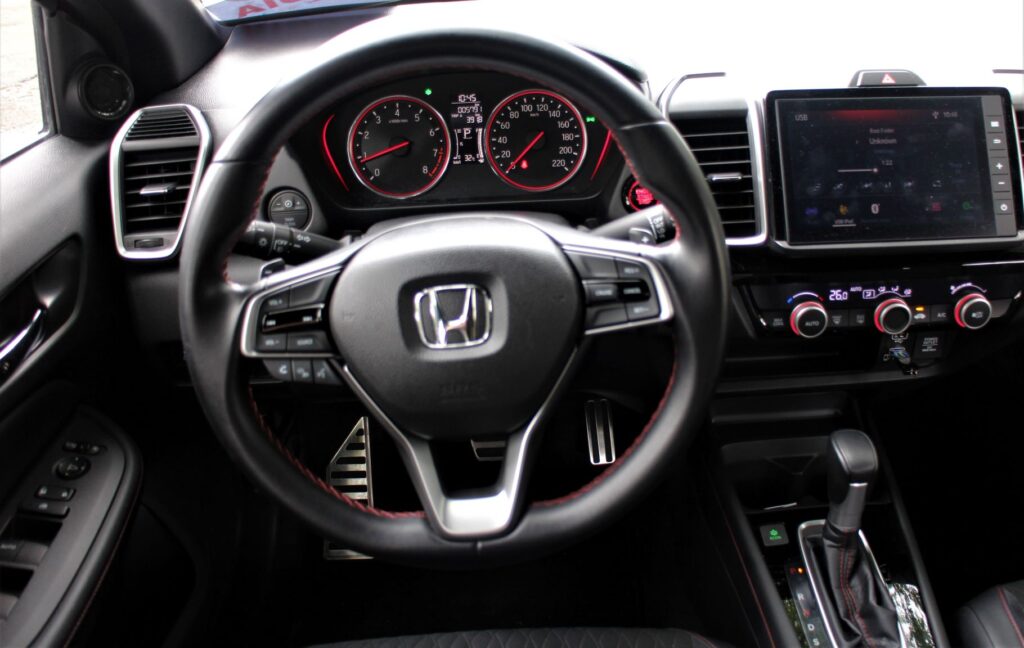 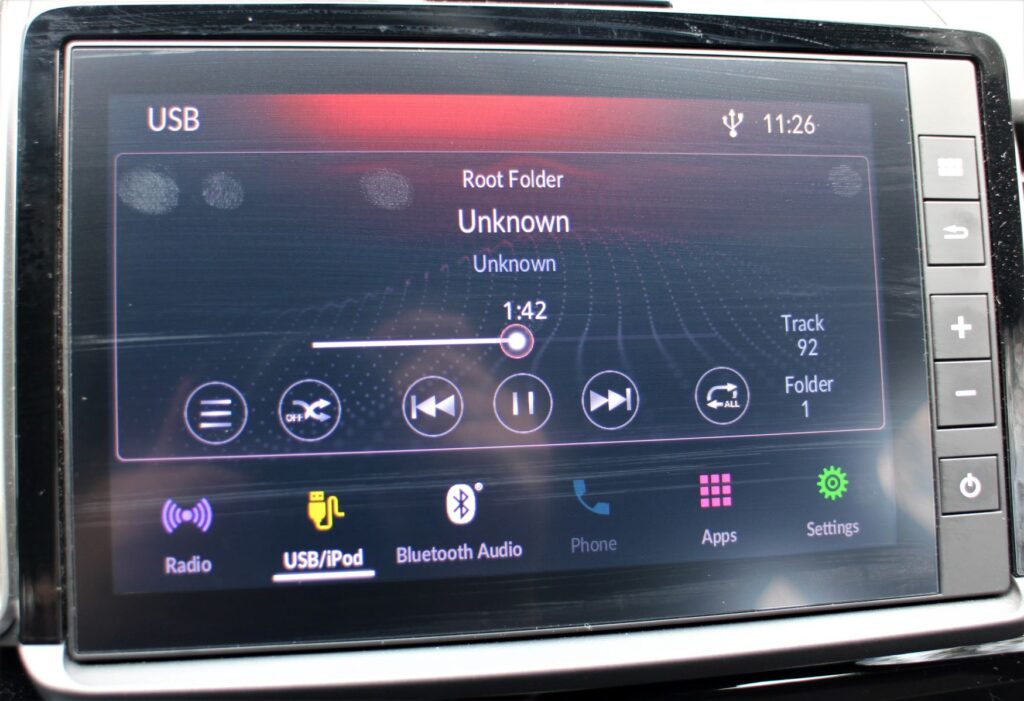 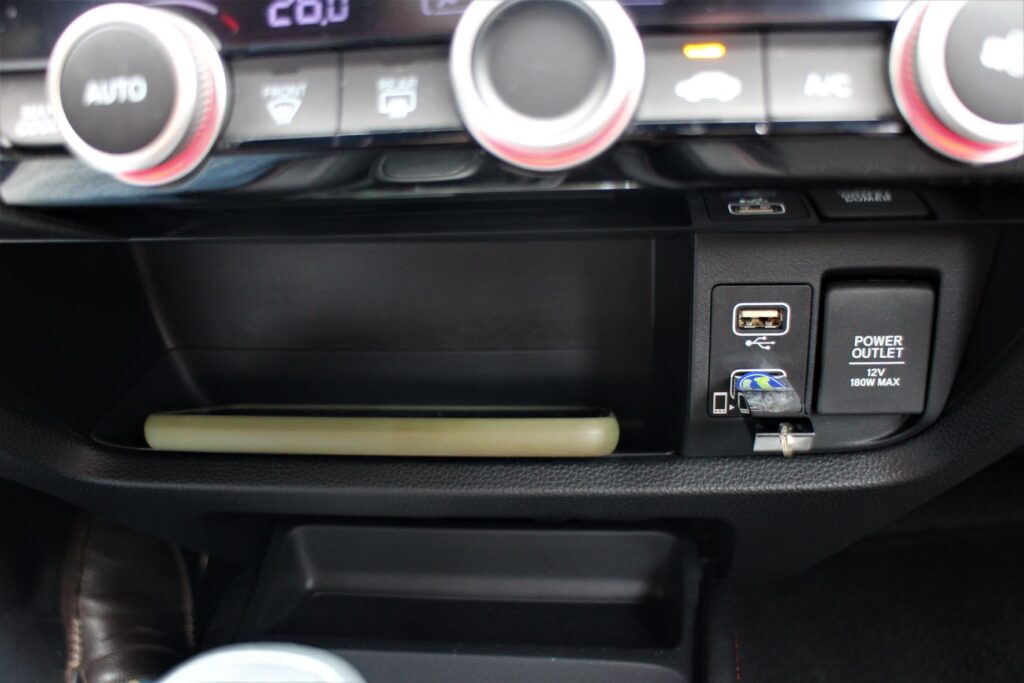 While I may have changed a lot – physically, emotionally, mentally, and financially – in the 20 years since I’ve first driven a City, I found myself harboring the same excitement for this subcompact Honda sedan as I did in 2001. I guess some things never change, especially in the City. More so, if it’s an RS! 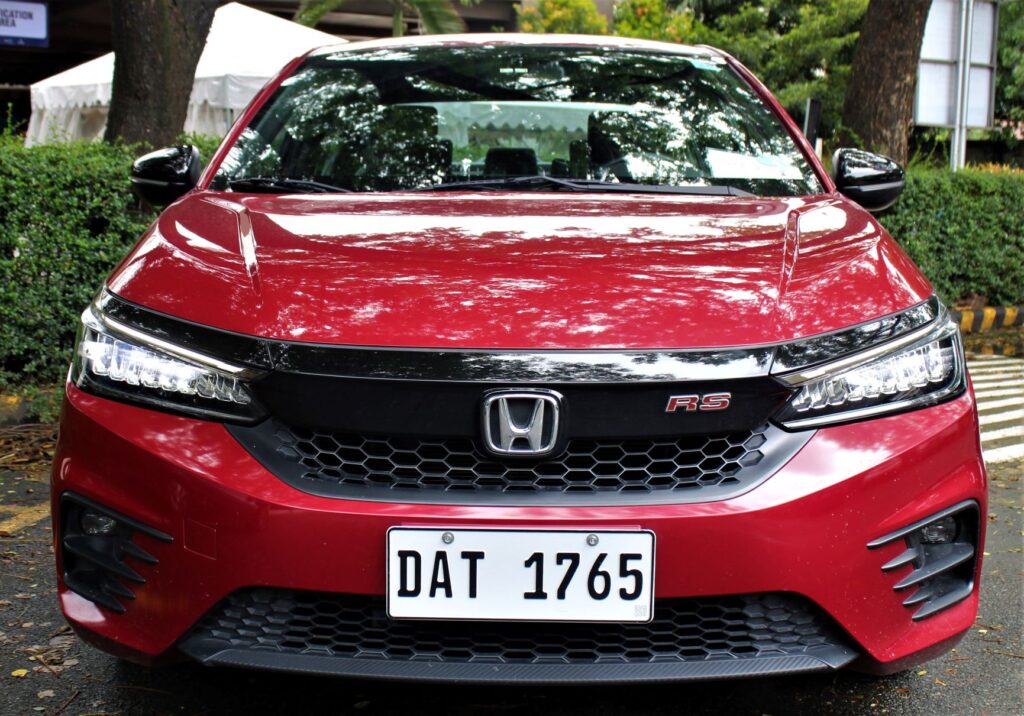 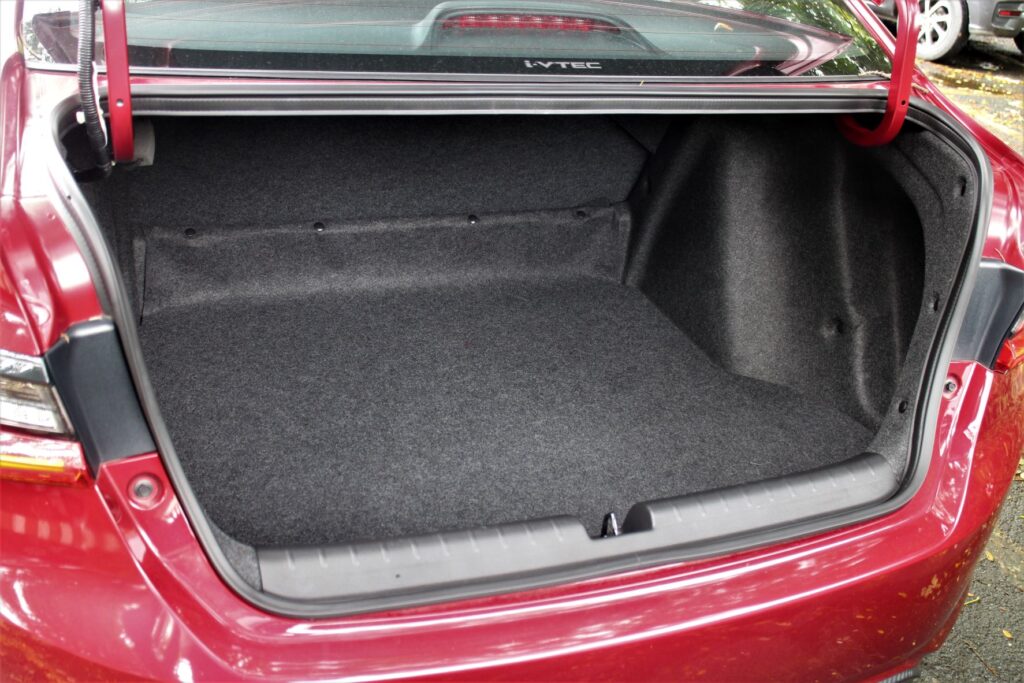 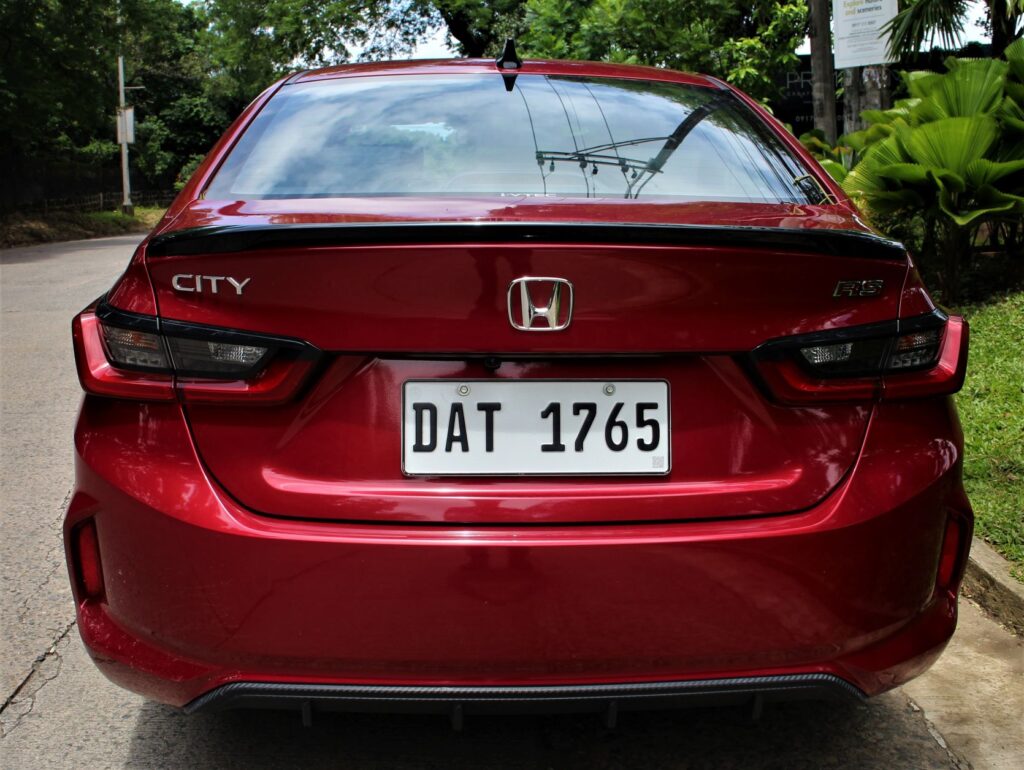