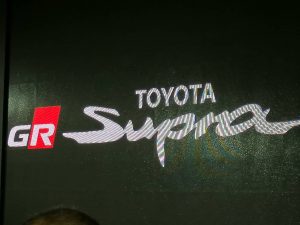 The internet and the local motoring news are currently abuzz with the recent and much-awaited Philippine launch of the 2020 Toyota Supra. Held on July 9, 2019 at the Manila Polo Club in Dasmariñas Village, Makati, the launch of the Japanese sports and grand touring (GT) machine was organized by Toyota Motor Philippines (TMP) like a glitzy fashion show but with an eye towards the Supra’s heritage. TMP officials headed by Chairman Alfred Ty, Vice Chairman Dr. David Go, President Satoru Suzuki and Executive Vice President Kei Mizuguchi led the attendees in ushering in the new Toyota super car into TMP’s model line-up. 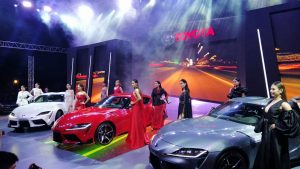 Female models wore fashionable outfits color-coordinated to the 2020 Toyota Supra that they posed next to. 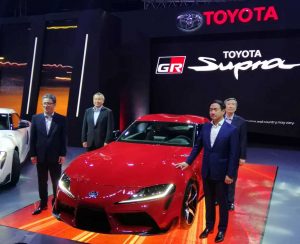 The launch prominently displayed the previous Supra generations from the A40 to the A80. The first generation Supra was derived from the Toyota Celica in 1978. The Celica Supra (A40) was powered by the 4M-E 2.5-liter inline 6-cylinder engine with single overhead camshaft (SOHC) and the engine displacement was increased to 2,759 cc with the introduction of the 5M-E engine in the 1981 Celica Supra (A50). The second generation Celica Supra (A60) was introduced in 1982 powered by a 2,759 cc 5M-GE inline-6 with double overhead camshaft (DOHC) or Twin Cam cylinder heads. The Celica Supra A60 became a success in the US where it was awarded the Import Car of the Year by Motor Trend magazine and was one of Car and Driver magazine’s Ten Best cars for 1983 and 1984. 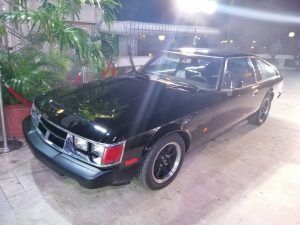 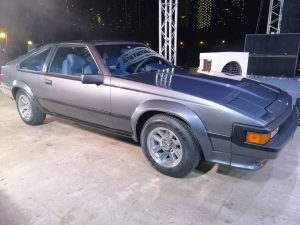 Starting in the middle of 1986, the Supra became a separate model from the Celica with the introduction of the third-generation model. The A70 Supra had its own platform and was powered by a 3.0-liter DOHC 7M-GE inline-6. In 1987, Toyota added a turbocharger to generate 231 horsepower and 332 Newton-meters of torque from the 7M-GTE engine while a redesign in 1989 further increased engine output to 232 hp and 339 Nm. In 1993, Toyota launched the A80 Supra with two engine options – a 3.0-liter Turbo (2JZ-GTE) or naturally aspirated (2JZ-GE) DOHC engine and won Popular Mechanics Design & Engineering Awards in 1994. The Supra Turbo came equipped with automatic transmission and targa roof as standard while a 5-speed manual transmission only became available in 1997. All 1997 Toyota Supra models were labeled as 15th Anniversary editions while intelligent variable valve timing (VVT-i) increased power of non-turbo models in 1998. The A80 Supra bowed out in 2002. 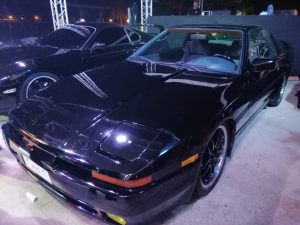 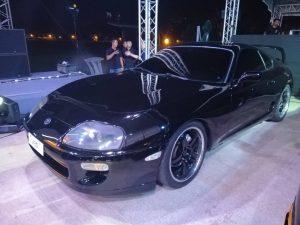 Additionally, the Supra traces much of its roots back to the Toyota 2000GT, the first Japanese super car. The first three Supra generations came with inline-6 engines that were direct descendants of the 2000GT’s M-series engine, which was derived from the Toyota Crown. Both the 2000GT and Supra had similar interior aspects and A-code chassis. The first, second, and third generations of the Supra were assembled at the Tahara plant in Aichi while the fourth generation was assembled at the Motomachi plant in Toyota City. 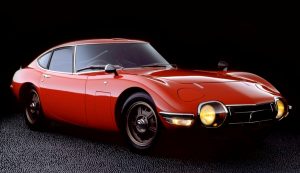 The all-new fifth-generation Toyota Supra (A90) made its debut in January at the 2019 North American International Auto Show. A collaboration between Toyota and BMW, the Supra is assembled alongside the BMW Z4 in Graz, Austria by Magna Steyr. The new Toyota Supra is powered by a turbocharged 3.0-liter inline-six engine that churns out 335 horsepower from 5,000 to 6,500 rpm and 500 Newton-meters of torque from 1,600 to 4,500 rpm. Power is sent to the rear wheels through a ZF 8HP 8-speed automatic transmission. Toyota claims that the Supra can accelerate from 0–100 km/h in 4.1 seconds and has an electronically-limited top speed of 250 km/h. 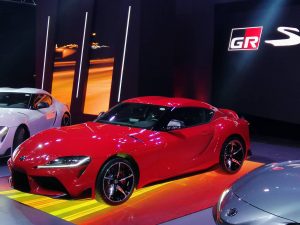 The 2020 Toyota Supra (A90) is made in Graz, Austria by Magna Steyr under a collaboration between Toyota Motor Corporation and BMW. 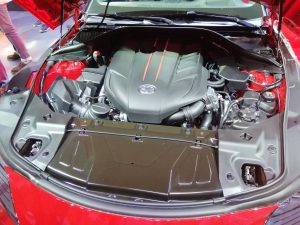 The aerodynamically-shaped nose section of the 2020 Toyota Supra features 6-LED headlamps with integrated daytime running lights (DRLs). It rides on an Adaptive Variable Suspension system while the rear axle is fitted with a limited slip differential (LSD). Ventilated disc brakes are found in all four corners with 4-piston fixed calipers in front clamping the 13.7-inch rotors and single-piston floating calipers in the rear. The Supra’s side profile exudes a sexy silhouette reminiscent of the Toyota 2000GT while its staggered 10-spoke 19-inch aluminum alloy wheels are shod with Michelin Pilot Super Sport tires measuring 255/35ZR19 in front and 275/35ZR19 at the back. 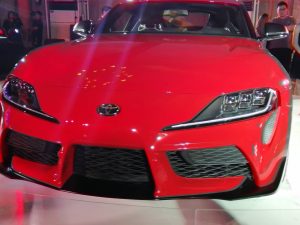 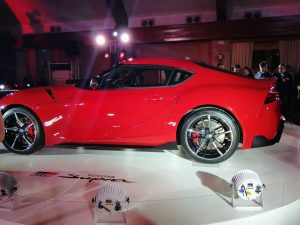 The Supra features adaptive variable suspension and disc brakes all around. 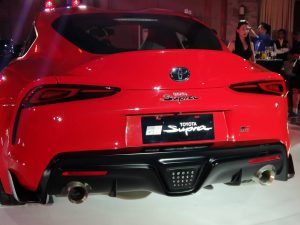 Inside the Supra are bolstered sports seats generously covered in Alcantara with 8-way power adjustment, memory settings and lumbar support. Carbon interior trim adds sportiness while the dual-zone climate control system provides cooling comfort. An infotainment system with 8.8-inch LCD with remote touch and touch pad features USB and Bluetooth connectivity is complemented by a JBL 12-speaker high fidelity (HiFi) surround sound system. The driver faces an 6.5-inch LCD meter gauge behind a 3-spoke leather steering wheel with paddle shifters and remote control buttons while a heads-up display helps keep the driver’s eyes on the road. Seven airbags ensure the safety of the occupants in case of a collision while traction and stability controls plus anti-lock braking system (ABS) minimize the possibility of a collision. 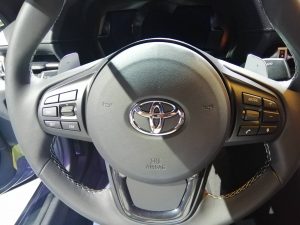 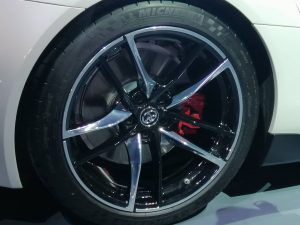 Unfortunately, if you want a 2020 Toyota Supra for yourself, you’ll have to wait a while because the first shipment of cars have all been spoken for. With prices ranging from P4.99M to P5.09M, we won’t be surprised why this Japanese super car will not be flying out of a Toyota showroom as fast as they can get them in. 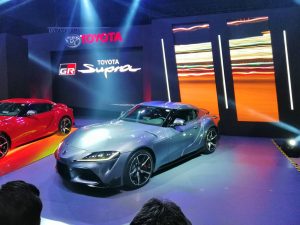