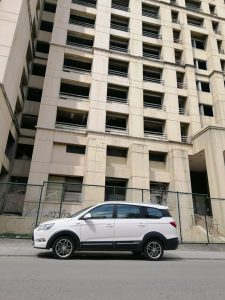 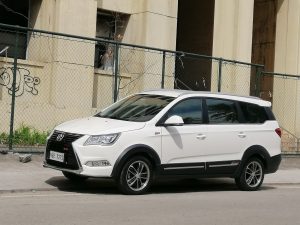 But judging by the models that BAIC has introduced in the Philippines so far, we feel like they always have an ace up their sleeve. To penetrate the tough AUV market, they are fielding the BAIC M60S, a 5-door MPV that is decidedly handsome and luxuriously appointed, and with a Lexus-like snout that is bound to make Innova owners take a second look. Bayan Auto lent us the luxurious variant, called the 2019 BAIC M60S Luxury, and we drove it in and around Metro Manila to evaluate it and see how other drivers and car owners react to it. 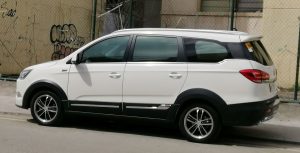 Let’s tackle that Lexus-like front end first so we can get it over with. Some of our astute readers will note that the snout of the BAIC M60S looks like the signature front end of a Lexus but with the proportions a bit skewed. We can only assume that the designers of the M60S had the legal sense to skirt around the issue of copyright infringement by rendering the front end design with a “Lexus-like” look instead of giving it an exact Lexus front end since “similar” is not always the “same”. But we can say with certainty that the M60S designers have a profound sense of humor when they made this vehicle. When we gave one of our friends a ride in our M60S, we described it as “an Innova with a Lexus look” before he came down and laid eyes on it. The minute he saw the vehicle, he said, “You described it exactly like it is.”

The BAIC M60S Luxury’s front end is “similar” to a Lexus but is not the “same”. Legal issues averted. 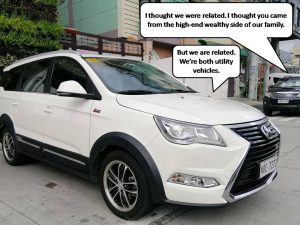 A funny thing happened when our M60S met a Fortuner…

All jokes and comparisons aside, the BAIC M60S Luxury possesses a handsome design. Its dimensions are balanced without being ostentatious and the size is svelte enough for the crowded streets of the city but large enough to to cast a commanding presence and earn respect from other road users. Its chiseled looks and just enough amount of shiny chrome bits give it an upmarket look while its black body cladding gives it a tough demeanor. Its large glass area adds a dash more class while its polished 17-inch aluminum alloy wheels and 205/55R17 tires add a dash of sportiness. Overall, the exterior of the M60S Luxury alone can hold a candle to MPVs and SUVs costing twice as much. 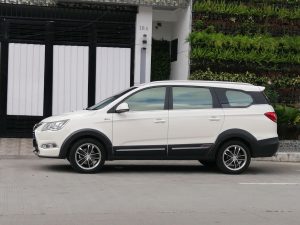 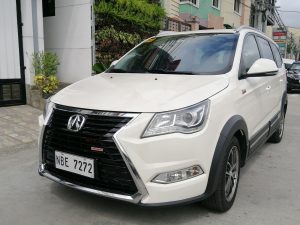 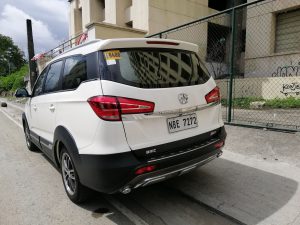 … while the back shows purpose and subtle sophistication.

The friend who rode with us gave the ultimate compliment to the M60S’s interior when he said, “They weren’t kidding when they named it as the ‘Luxury’ variant.” He found the two-tone leather clad interior, second-row captain’s chairs and pass-through aisle, and generous legroom a real luxury for a vehicle in its class. Six occupants can fit comfortably in our M60S Luxury test drive unit with a seventh, and preferably small and trim, occupant seated in the middle of the third row. There are enough gadgets and gizmos inside this BAIC MPV that can entertain and pique the curiosity of each occupant, which includes a large 10-inch touch screen monitor that controls the infotainment system and functions as the rear camera display whenever the transmission is placed in Reverse. Even the rear view mirror is a touch screen display monitor that shows a variety of information but the display fades after some time to revert the mirror back to its original function. 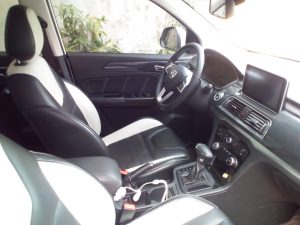 Front seats are bolstered and supportive with ample legroom… 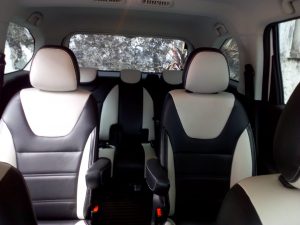 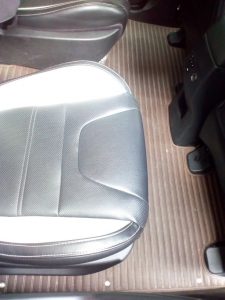 … even the well-tailored floor mats are luxurious touches. 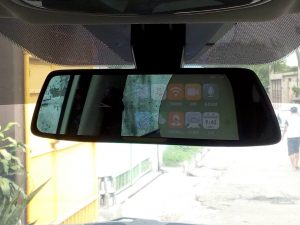 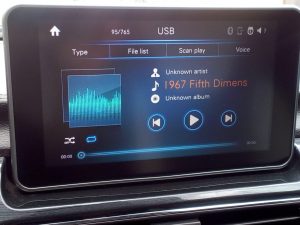 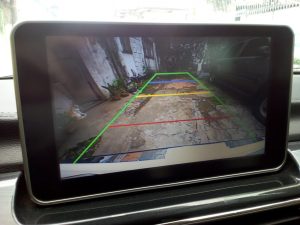 … and functions as the reverse camera monitor.

The rear seat can be folded, tumbled, or removed easily to increase the M60S Luxury’s cargo-carrying capacity, or when you have to go to the airport to pick up a relative who traveled with several pieces of luggage and a huge balikbayan box. The tailgate opens high and wide to swallow tall and bulky stuff that you want to haul in the back. Out of respect to our test drive unit’s luxurious appointments, we decided not to haul anything else but our selves and our family. 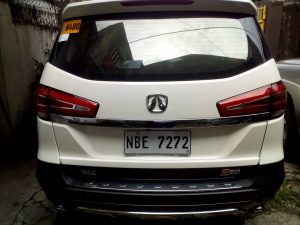 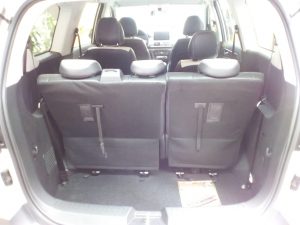 With the third-row 60:40 seat back upright, the rear compartment can accommodate a weekends worth of luggage. 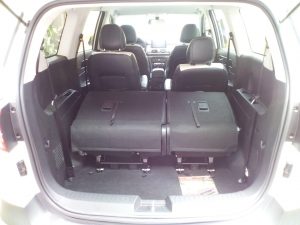 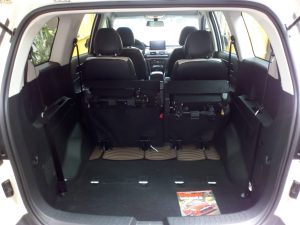 … while tumbling the seats or removing them will allow you to haul big and bulky items.

Driving the M60S Luxury around Metro Manila, in heavy traffic, under intense heat, or in sudden torrential downpours, we found that it performs reasonably well. Its transverse-mounted 147-horsepower 1,499cc turbocharged inline 4-cylinder A151E1 engine, coupled with a continuously variable transmission (CVT) can keep up with traffic very well. Its engine makes 210 Newton-meters of torque for faster acceleration but it can return a decent fuel mileage of more than 13 kilometers per liter, if you can keep your right foot tempered and disciplined. We only averaged a dismal 6.99 kilometers per liter during our week with the BAIC and we can only blame heavy traffic for that. As a luxury vehicle, however, the M60S keeps its promise of coddling its occupants against the heat, rain, and humdrum of the city within its cool and well-appointed interior. 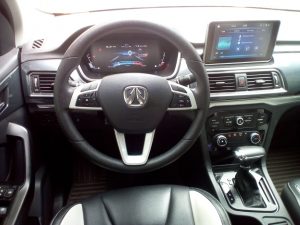 Driver’s seat is ergonomic, luxurious and faces a trio of displays from the dash, touch screen and rear view mirror. 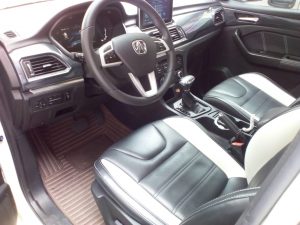 Sitting in the driver’s seat puts you in charge… 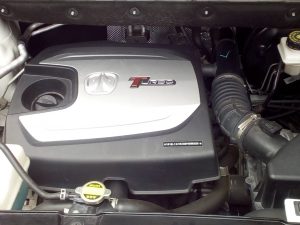 … of 147 horsepower and 210 Newton-mters of torque from a turbocharged 4-cylinder.

However, we observed that the turbo-four engine and the CVT sometimes have a tendency to misunderstand each other. While going up a steep incline after slowing from city speed to a complete stop, we noticed that the CVT has not engaged the proper gears to go up the incline while the turbo is only beginning to spool up power. As a result, the M60S feels a little gutless going up parking ramps and steep garages, and it sometimes feel as if the CVT was “hunting” for gears while driving in a straight line. We are not sure if this is just a quirk with our particular test drive unit because we drove the BAIC BJ20 compact SUV with the same engine and we did not experience anything remotely similar. We also noticed that the cooling fan stays on after we turned off the engine and locked the doors. Perhaps this is to ensure proper cool down for the turbocharger to avoid “coking” the oil. 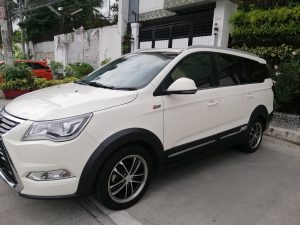 If we were to liken our test drive unit to a Hollywood movie star, we can confidently say that it is like a young Keanu Reeves after 1989’s “Bill & Ted’s Excellent Adventure” but before he played a bomb-diffusing policeman in 1994’s “Speed”. He was often cast as a heartthrob in romantic comedies and wasn’t really taken seriously as a future action star because he didn’t have the muscular physique. Well, playing the lead roles in the blockbuster “Matrix” and “John Wick” hit movie franchise proved that he’s a highly bankable action star despite being lean. Like Keanu, we feel that the 2019 BAIC M60S Luxury will become a big hit once the factory fine-tunes it and the motoring public discovers it. Just wait for it. 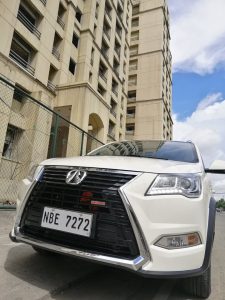 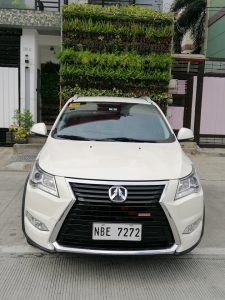