2019 Auto Rally Corporate Challenge: On Time, All The Time 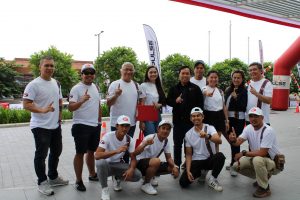 It was our third or fourth time to join the Auto Rally Corporate Challenge (ARCC) organized by Sunshine Television (STV), which is headed by the “dean” of Philippine motoring journalism, Ray Butch Gamboa. On an early Saturday morning (June 15, 2019), my wife Shawie and I found ourselves steering our assigned 2019 GAC Motor GS4 compact sport utility vehicle (SUV) into the West Aero Park inside the Clark Global City in Pampanga, and coordinating with the ARCC Rally Director, George Ramirez and his wife, Caroline. The opening ceremonies and the rally flag-off was a bit delayed but it was not a big deal. Everybody was having a great time catching up or psyching our competitors with a bunch of humorous anecdotes. 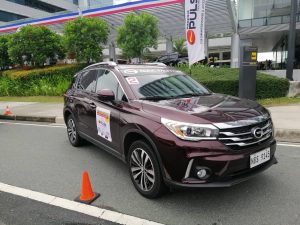 Now on its 11th year, the ARCC has seen the local auto industry come together for a day of competition, camaraderie, discipline, and fun, all for the love of motorsports. The ARCC traces its roots to 2001 when STV first attempted to revive the “Sampaguita Rally“, which is a derivative of the “Tulip Rally“, so-called because of the road map markings that look like tulips. Since 2009, the ARCC became a “must” for most car manufacturers who field motoring journalists, rally veterans, driving enthusiasts, and even some of their officers and staff as their rally drivers. 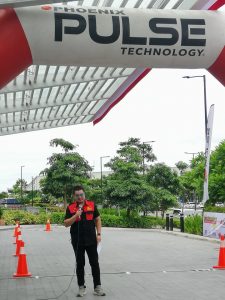 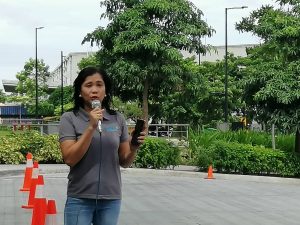 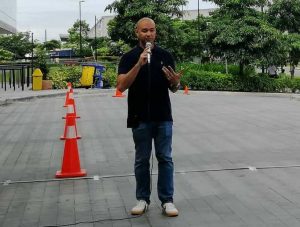 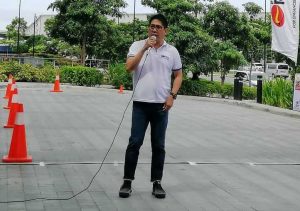 This year, thirty brand new car models were fielded by ten car manufacturers and distributors, including Ford, GAC Motor, Honda, Isuzu, JAC, Lexus, Maxus, Mini, Subaru and Volkswagen. Several rally teams proudly showcased their uniforms on the starting grid while waiting for the start of the race. Our GAC Motor Rally Team was headed by LMI Vice President for Sales and Operations, Giovanni “Gio” Frias, who also drove a GAC GA4, one of the three GAC vehicles that participated in this year’s ARCC. The other vehicle, a GAC GS8, was driven by Andy Rodriguez of 2Ner Magazine with Novelyn Quiamco as navigator. 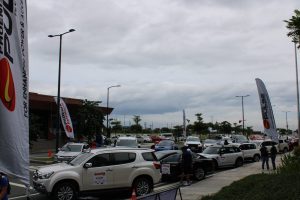 The participants lined up before the flag-off. 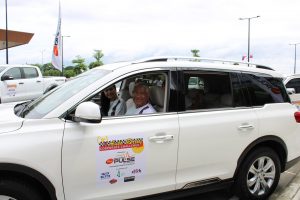 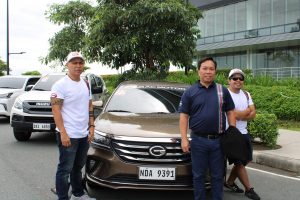 … while LMI VP for Sales and Operations Gio Frias drove a GAC GA4.

The morning leg of the “On Time, All the Time” race took us out of Clark and into nearby towns around Pampanga. Following the Route Book proved to be a bit challenging and trying to make the perfect time in each check point was a bit difficult because of the unpredictable traffic and some road closures around Clark. With LMI’s Mark Apolinario as our time keeper, we were careful not to get lost since the route was new and unfamiliar to us. We made sure that we got to all the check points and had each segment timed on the on-site ARCC “bondy clock”. After we finished the 67-kilometer morning rally route, we went back to the West Aero Park for a hearty lunch, and then drove the afternoon leg, which took us 39 kilometers on roads around Clark, plus a special stage that was an autocross course that had a 00:01:14.09 perfect time, which we took in around 6 seconds longer because of my miscalculation. 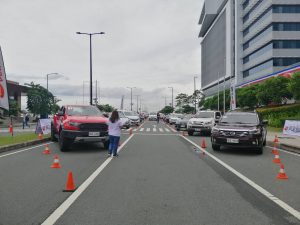 The starting grid had our GAC GS4 on the 2nd spot… 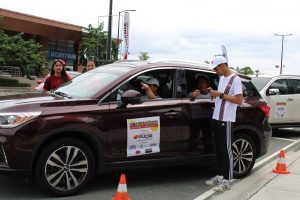 … and we get a last-minute briefing from the organizers and LMI personnel. 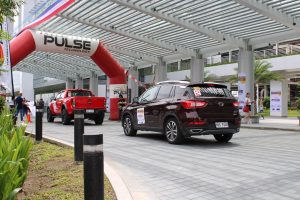 Our GAC GA4 was the second vehicle to be flagged off for the 2019 ARCC.

All Fun and Games

We were expecting the organizers to benchmark the participating cars’ fuel performance while on rally driving mode. Participants were supposed to fill up their fuel tanks until the filler stopped automatically, register the odometer reading, have the gas tank sealed before the rally, have it filled up again and register the odometer reading after the rally to determine actual fuel consumption and distance traveled. Unfortunately, this wasn’t done perhaps due to the lack of time and the unpredictable weather. But despite this, we still had a ton of fun as did most of the participants. 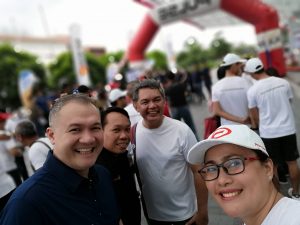 Reunion: Andros Villaraza of Lexus and Gio Frias of GAC once worked together at CATS Motors.

The rally route included a couple of drives thru toll plazas. With the RFID stickers supplied to our rally cars, we breezed through the toll gates and experienced firsthand the seamless drive through the tollways while traveling to and from Clark. And as usual, considering that a major part of the competition is held in public roads, the ARCC required us to strictly adhere to road safety and driver discipline, which of course, were not followed by all the participants, judging by how some them drove along the small roads inside the Pampanga towns. (You know who you are…) But it was all fun and games! 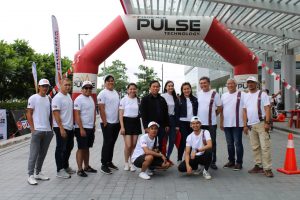 The Auto Rally Corporate Challenge is one of the major projects of Sunshine TV and Socio Com Foundation to promote road safety. It is also part of their fund-raising initiatives to support the “Young Street Smarts Road Safety School Tour” project that conducts free road safety seminars and workshops for graduating high school students to make them safe and responsible road users. The 2019 ARCC was presented by Phoenix Petroleum with Pulse Technology in cooperation with NLEX Corporation, Clark Global City, and Clark Development Corporation. It was covered live on Motoring Today’s Facebook page.