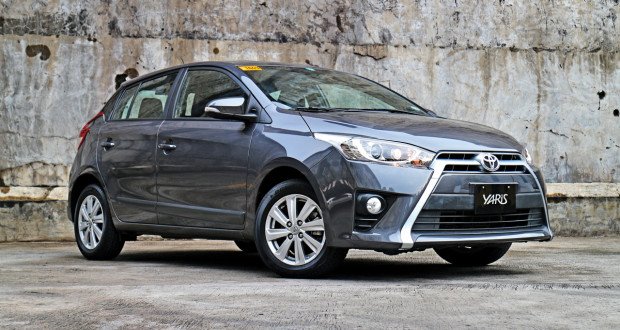 Once seen as the first rung in the ladder of automotive ownership, today’s small cars are jam-packed with features and technologies which can frankly turn some people off. For the Average Juan, having to navigate through all these functions while trying to drive in Manila can be daunting. What if you just want a no-frills everyday commuter that’s still safe and solidly-built? The Toyota Yaris 1.5G is for you.

Sub-P700k hatchbacks used to be the norm, but now, you’ll be lucky enough to get a decently-speced one for two hundred grand more. And yet, the Yaris is largely inflation-proof. In the range-topping 1.5G guise, the Yaris’s got a 1.5-liter 4-cylinder engine mated to an automatic gearbox with a robust list of standard features for a pocket-friendly P845,000.

Thankfully, despite the affordability, Toyota didn’t scrimp on its design and execution. The Yaris now looks sportier. Losing what’s left of its curvy, egg-shaped styling, this new one is a collection of angry angles and creases. The front and rear ends are the strongest points with a silver handlebar grille that extends from the headlights to the bumpers. At the back, you have the “floating” roof as well as the C-shaped tail lamps. They do well to differentiate the Yaris from the sea of Vioses while still neatly tying it in to that family look. If there’s one complaint you can throw at it, it’s the choice of rims.

The less-than-sporty design of the rims serve as the precedence to the Yaris’s driving characteristics. It’s solid, stable, and comfortable, if a bit uninvolving. The lengthened wheelbase compared to the previous Yaris equates to a better ride but it does tend to lean into corners when pushed. The steering, as expected for a sensible commuter car, is ultra-light and lacks the feel enthusiasts crave for, but it’s responsive enough for darting in and out of traffic. The NVH isolation, though, is perhaps the single biggest advantage the Yaris has over its rivals.

Speaking about its motor, the 1.5-liter engine is reasonably quiet with a hushed tone in all but full-power application. In city driving, it’s lively with power that comes in quickly. However, compared to its other 1.5-liter rivals, it loses out quickly at the top end. Compared to its own 1.3E sibling, the performance difference will largely go unnoticed, unless you love to floor the gas pedal. The extra 200-cc’s though is much more crucial during overtaking maneuvers and hilly terrain. And get this: the extra pep doesn’t come with any penalty at the pump. The fuel mileage of the 1.5-liter is at par with the 1.3-liter: 9.6 km/L in the city.

Essentially a Vios hatchback, the Yaris is pretty much the same affair when you climb onboard. The entire look and feel will be familiar to any current-generation Vios owner sans for the orange-and-white instrumentation and unique fabric seat patterning. The plastics are actually nicely grained with a good, solid feel. Like the rest of the Toyota family, the controls are placed logically and operate with a crisp and solid feel.

Overall, the Yaris’s interior is a great place to spend traffic in whether you’re a driver or passenger. The seats are supportive and the steering wheel offers ample adjustment. However, the Yaris suffers from a lack of useable cubby holes. Aside from an oddly-shaped storage tray located just in front of the shifter, there’s absolutely nowhere to put things like sunglasses, loose change, and two phones.

The lack of storage bins for knick-knacks aside, the Toyota Yaris 1.5G comes across as a solid value-for-money car. It may not have the usual sexy adjectives attached to it like ‘fast’, ‘powerful’, but where it counts, it delivers. Fundamentally, it’s a solid entry-level hatchback with the right amounts of kit, style, and price that will attract people who’re after sensibility rather than sexiness.