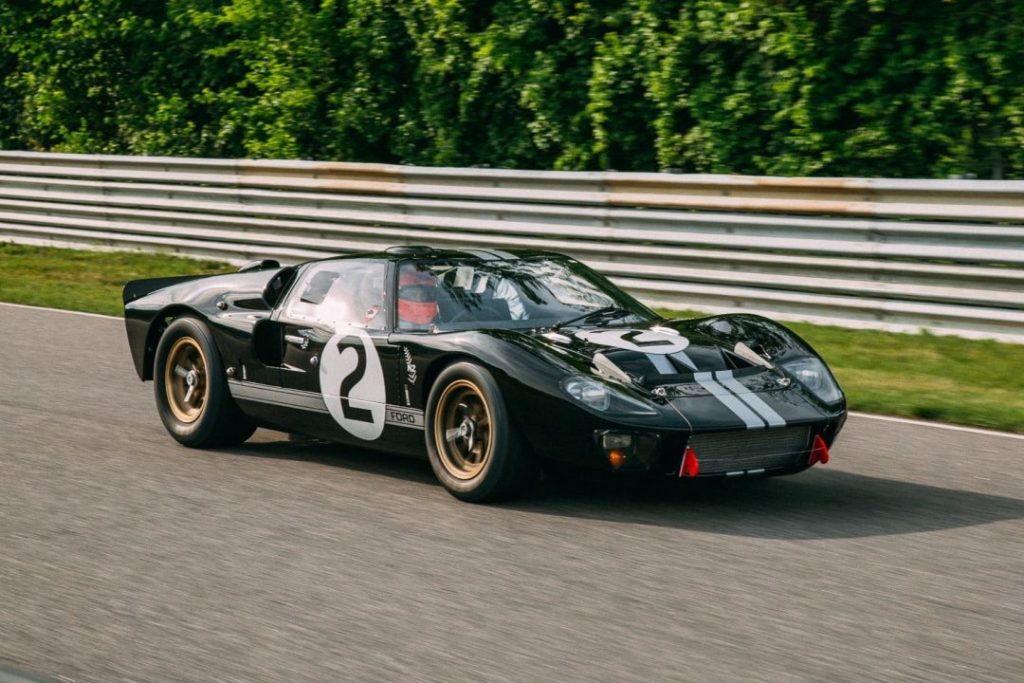 Ford Motor Company‘s now-legendary racing prototype, the Ford GT40, had a magical year in 1966. Henry Ford II wanted to get back at Enzo Ferrari for the botched sale of the iconic Italian sports car company to Ford. After watching the GT40 endure numerous early teething problems like aerodynamics, engine and transaxle reliability, Ford confidently declared it would beat Ferrari and win the Le Mans 24-Hour Endurance race in 1966. 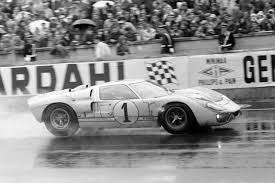 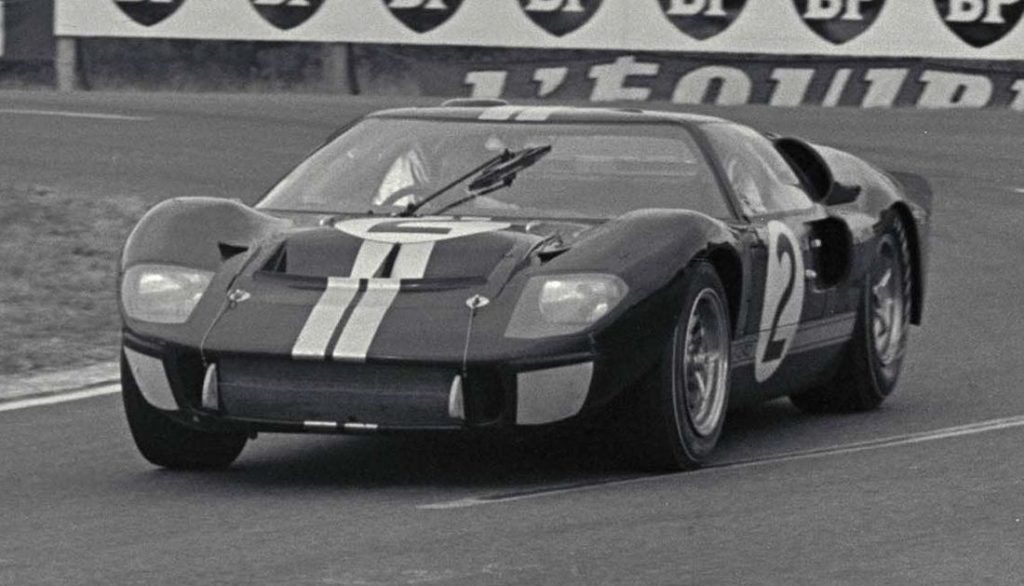 In 2006, Ford commemorated their historic 40-year-old Le Mans win with a modern rendition of the original GT40 roadster by chopping a little off the top of a new Ford GT.  Like the original Ford GT40, which is one of the prettiest race cars ever built, the new Ford GT is a natural as a roadster. 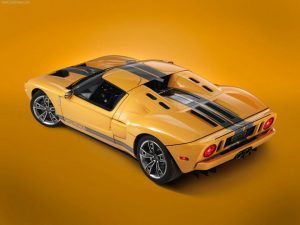 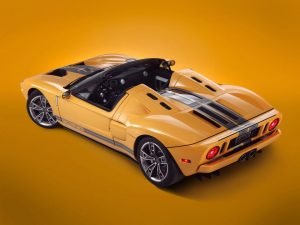 Mark Gerisch of Genaddi Design Group, a veteran coachbuilder known for scalping expensive exoticars was given the arduous task of chopping the Ford GT’s top. The unique roof of the GTX1 Roadster consists of four interlocking pieces, which are stored inside the car when not in use. Two pieces form the top panel while the other pair replaces the somewhat guillotine-like door intrusions of the standard GT. With all four pieces in place, the left and right panels pop up at the rear to serve as vents. 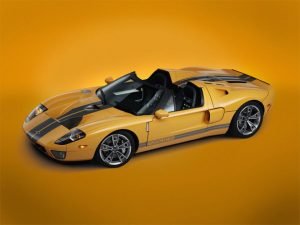 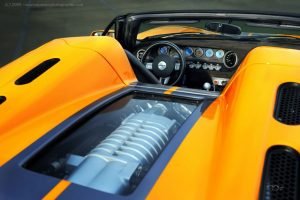 Win Some, Lose Some

The loss of its top does not diminish the GT’s structural rigidity. Efforts to stem any shakes include side rails that reinforce the chassis and the new B-pillar aids in rollover protection. Engine modifications are minimal and are hardly required. Borla headers and mufflers and a smaller supercharger pulley boost power to from the conservative factory estimate of 550 hp to 618 hp. 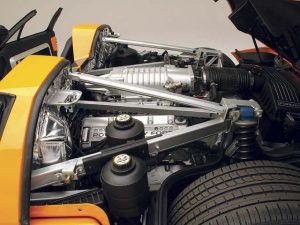 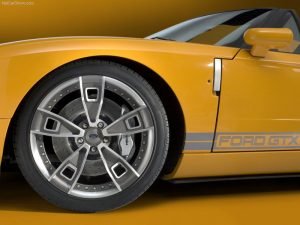 Revised suspension geometry lowers the car just over an inch while multi-piece, one-off 19-and 20-inch aluminum wheels, which is an inch larger in diameter than the stock GT’s, echo 1960s Halibrand magnesium wheel styling. The dazzling orange paint was drawn from the 1970 SCCA Trans-Am championship-winning Mustang Boss 302 racers while brushed silver grommets and French seams added to the Sparco seats set them apart from a standard GT’s.  A woven carbon-fiber-like fabric on several interior pieces accents the carbon-fiber shifter and other composite body bits. 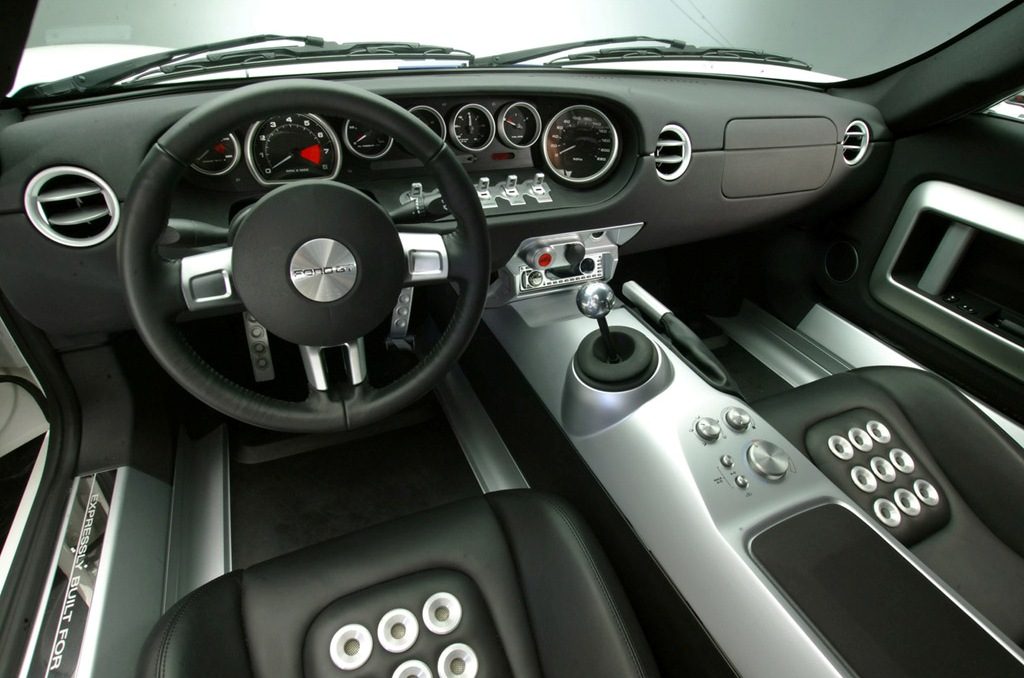 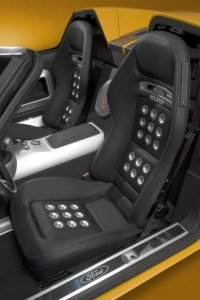 Do you want to do the same to your own Ford GT? If you do, you will have to bring your car to the workshops of the Genaddi Design Group along with $38,000 (around P1.9 Million).  If you also want this prototype’s Brembo brakes and custom paint, bring an additional $23,900 (P1.195 Million). Engine performance options will run more and these prices do not include the multi-million-peso Ford GT and the freight to and from the US. You got to have deep pockets to do this. 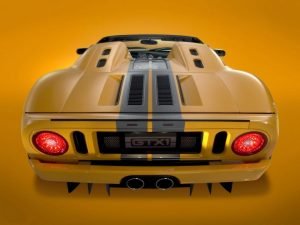 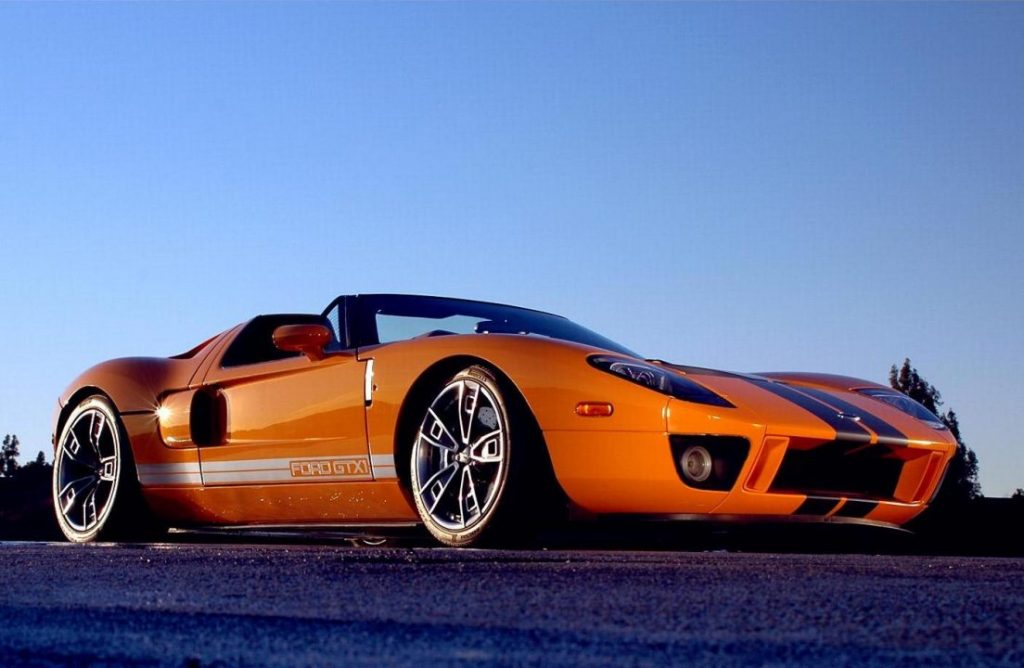 In the age of excess, the Ford GTX1 is all about being seen. But in this current age of economic doubt due to the post-pandemic economy, this conversion may be a bit too much off the top. 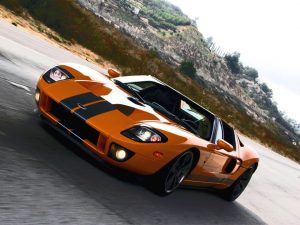 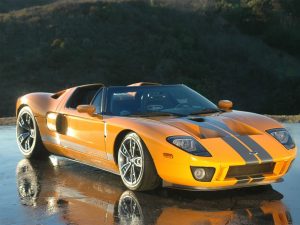