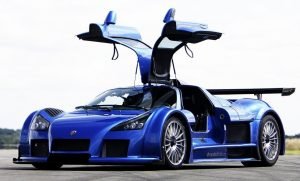 In 2000, Roland Gumpert, the former president of Audi Sport, proposed a new generation of sports cars. He wanted to create a sports car that is street-legal yet ready for the racetrack. Gumpert was approached by automobile designer Roland Mayer to assist in building a prototype sports car. Audi allowed Gumpert to get involved in the project, on the condition that the sports car that they develop could be turned into a series product. 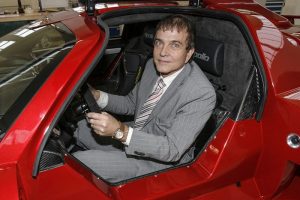 Roland Gumpert inside the Apollo

The technical guidelines of the new sports car were defined and it was named Apollo, after the Greek god of the sun. Gumpert mandated that the Apollo should weigh between 1,100 and 1,200 kilograms, and should be a fully street-legal mid-engine, rear wheel drive two-seater with a tubular chromoly frame and fiberglass or optional carbon-fiber body panels. The Apollo’s first designs were drawn by Marco Vanetta and the first 1:4 scale model was produced in 2001.

In 2004, Gumpert founded his own company, Gumpert Sportwagenmanufaktur GmbH, in Altenburg, Germany. He continued with the development of the Apollo, along with the Technical University of Munich and the Ingolstadt University of Applied Sciences, where fabrication, computer simulations and wind tunnel tests were done, eventually forming the blueprint for the first 1:1 scale model and the construction of two prototypes. 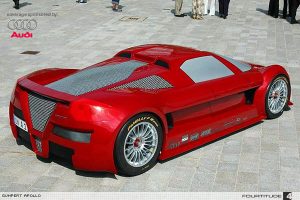 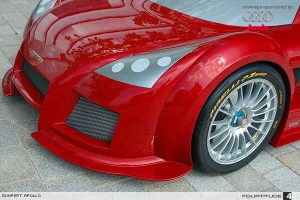 To test the mettle of the Apollo, it was entered in the Divinol Cup at the Hockenheimring race track in April 2005 and was driven by Belgian racer Ruben Maes. It finished in 3rd Place and grabbed the media’s attention. The company claimed the Apollo’s design is so optimized that it could be driven upside-down in a tunnel at over 306 km/h. 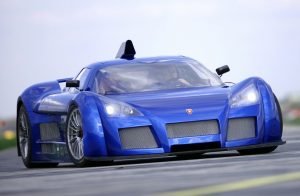 Powered by a Bi-Turbo Audi V8 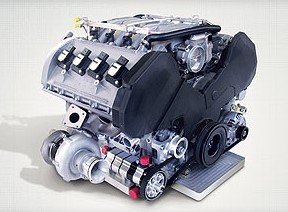 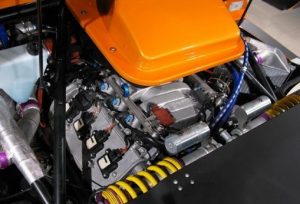 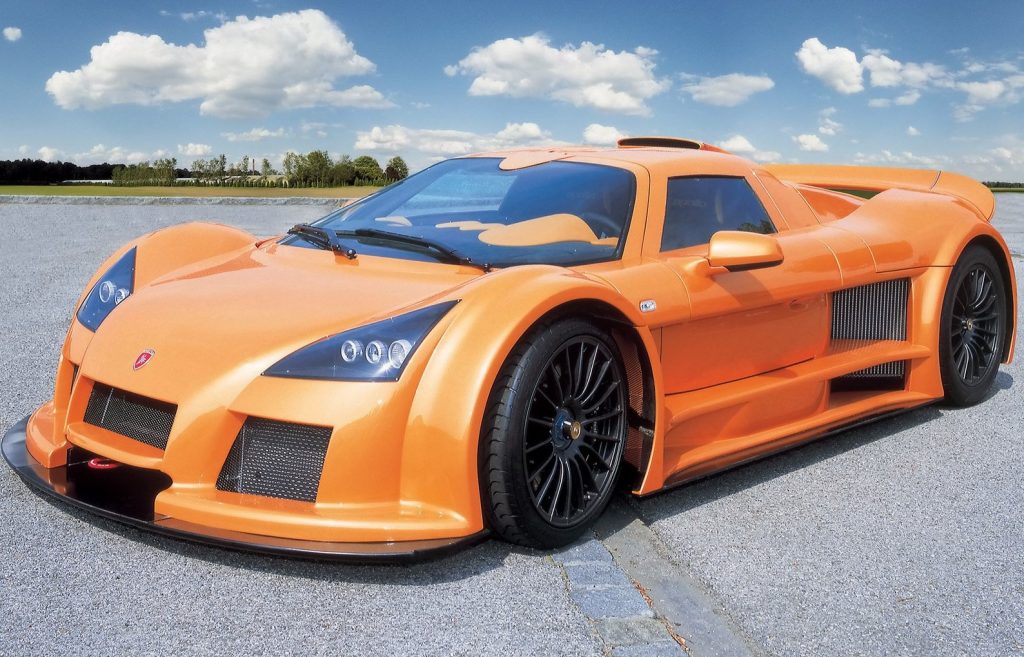 Modern controls include an on-board diagnostic system, eight-coil electronic ignition, sequential multipoint fuel injection, and an electronic Drive-by-Wire (DbW) accelerator system. The Apollo had three engine options: the Base version with 641 horsepower; a Sport version with 690 hp and a Race version with approximately 789 hp. Gumpert claimed that the Apollo with the 641-hp Base engine can accelerate from 0-100 km/h in 3.1 seconds and achieve a top speed of 360.4 km/h. 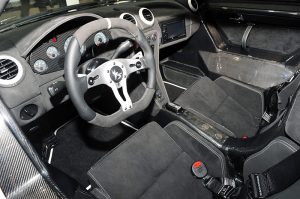 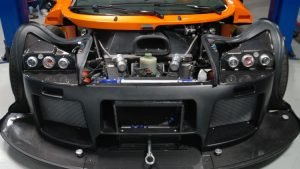 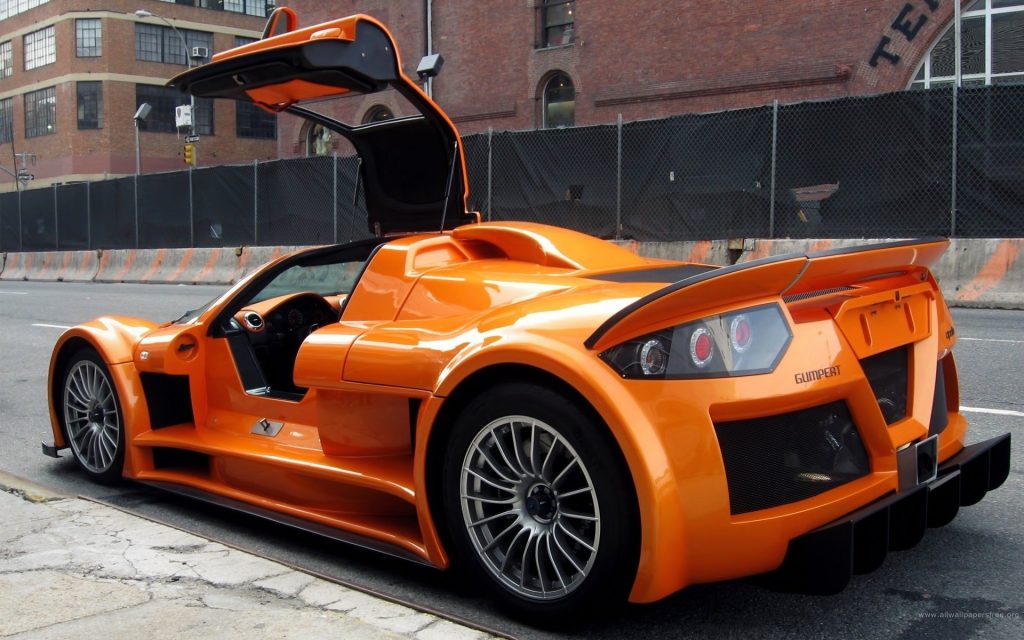 The automotive press were full of praises for the Gumpert Apollo’s speed and cornering. Autocar magazine chief test driver Matt Prior wrote, “The Apollo recalibrates the meaning of pure speed and driving feel” while BBC Top Gear reported that the Apollo lapped their test track with a record time of 1 minute and 17.1 seconds. German car magazine Sport Auto drove the Apollo to a remarkable lap time of 7 minutes and 11.57 seconds around the Nürburgring. 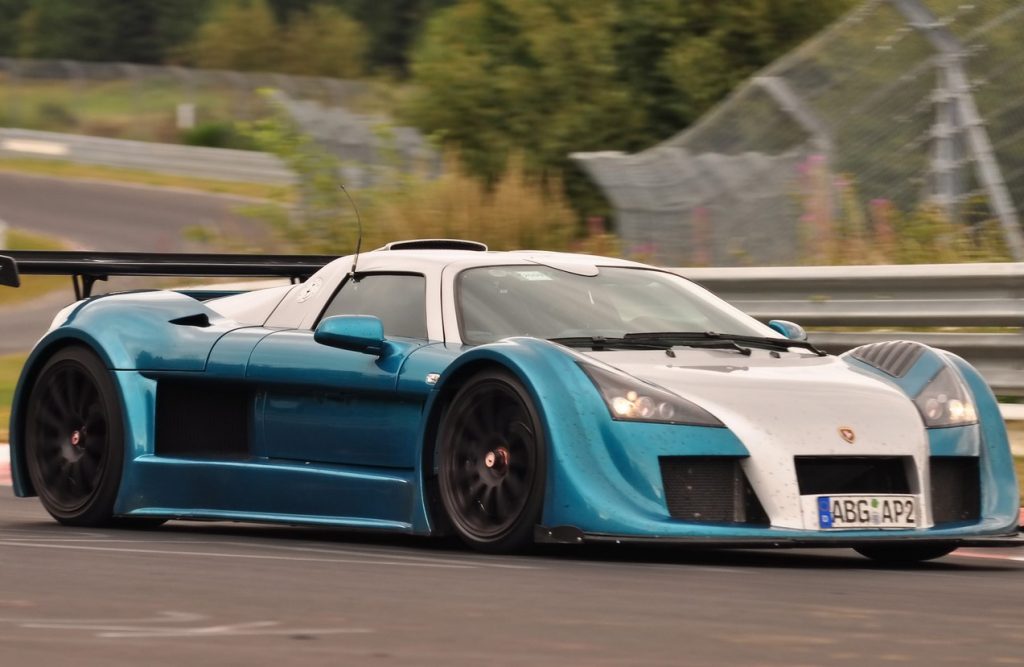 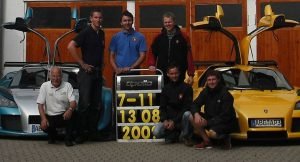 Encouraged by the positive media reviews, Gumpert entered a hybrid version of the Apollo in the 24 Hours Nürburgring in May 2008. Driven by 2004 winner Dirk Müller and ex-Formula One driver Heinz-Harald Frentzen, the Apollo Hybrid was powered with a 512-hp twin-turbo 3.3-liter engine coupled with a 100-kilowatt (134-hp) electric motor. The race car was equipped with a regenerative brake system that recharges the battery under braking. 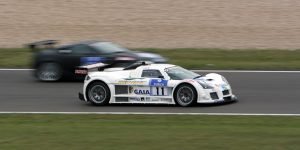 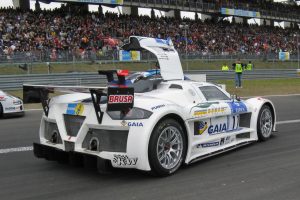 In spite of the great reviews and racing successes, the Gumpert company suffered financially and filed for bankruptcy in August 2013. The company was taken over by Hong Kong businessman Norman Choi and the Consolidated Ideal Team Venture consortium in 2014, and was renamed Apollo Automobil Gmbh, which produces the Apollo Intensa Emozione. Meanwhile, Roland Gumpert is still at it, getting ready to launch his Nathalie electric sports coupe in 2021. 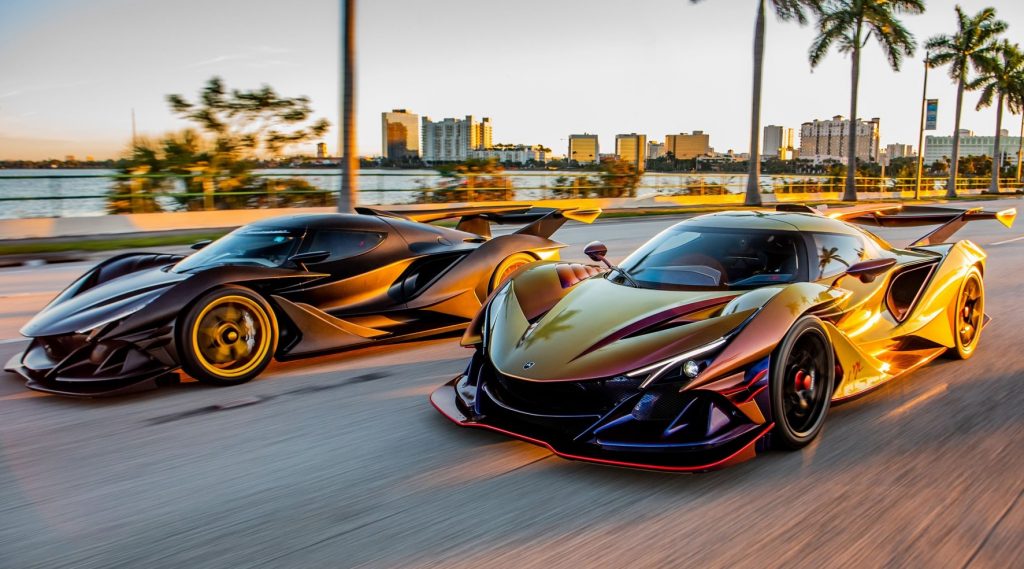 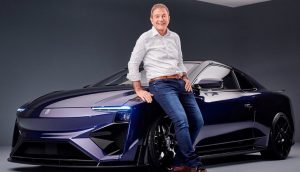