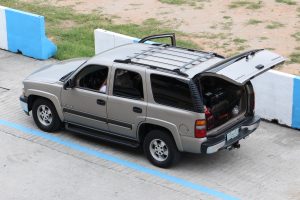 Since we acquired it in March 2017, our 2002 Chevrolet Tahoe LS has never failed us. Its 4.8-liter Vortec V8 engine starts up immediately – rain or shine. It starts right up even if we store it for a couple of weeks, especially when we get busy driving other vehicles like our Long Term Test 2016 Suzuki Ciaz or other media test drives. 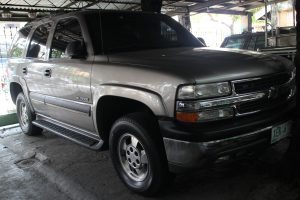 By mid-October, however, we noticed that the Amaron Pro 100D26L Hi-Life maintenance-free battery, which came with our Tahoe when we bought it, struggled to crank up the engine during cold starts. 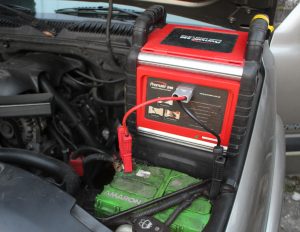 When we parked the Tahoe during the whole month of November and then tried to start it on the first day of December, it won’t crank. We had to use our battery booster to bring the V8 to life. We knew that it was time to change the old battery. 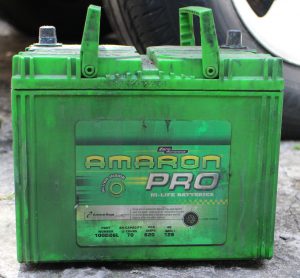 We inquired with our good friend, Brian Kaw, about the right battery for our Tahoe and he sent us a new Hitachi 80D26L HS-Series High Performance Battery. What impressed us even more was that it came in an attractive box and with plastic caps to protect the terminals from damage during shipping. 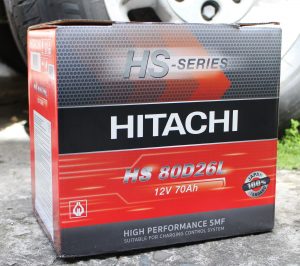 Manufactured in Thailand by Hitachi Chemical Asia Co., Ltd., our new maintenance-free car battery has a rated capacity of 70 ampere-hours and a cold cranking capacity of 600 amperes. Its dimensions fit the battery tray of our Tahoe perfectly. 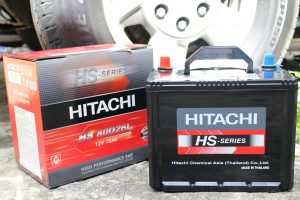 After removing the old battery from its tray, we decided to first fix a pesky leak. You see, we would regularly top up our Tahoe’s windshield washer reservoir, but we’d find a puddle of water under the front of the car each time we do so. After a few hours, a “Low Washer Fluid” warning goes on the Message Center on the instrument panel. There must be a leak somewhere. 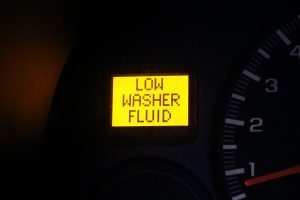 However, our Tahoe’s windshield washer reservoir is mounted under the battery tray at the left front corner of the engine bay. To get to it, we have to remove the battery tray by unbolting seven 10mm bolts. 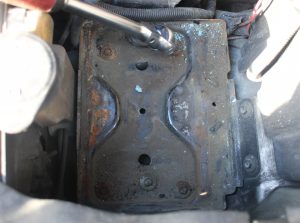 After the battery tray is removed, the plastic reservoir becomes visible from the top but not necessarily accessible. We had to reach down to unbolt two 10mm bolts holding the reservoir to the radiator support and two plastic clips attaching it to the plastic lower fender cover / mud guards. 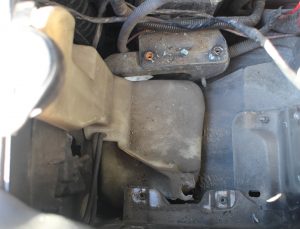 Once the bolts and clips are removed, we reached down to unplug the sockets for the two mini electric pumps and water level sensor. Then, the main reservoir container slides down freely. 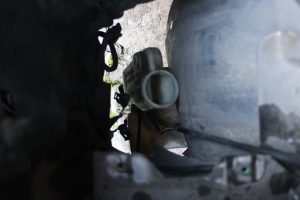 Our Tahoe’s windshield washer reservoir has two mini electric water pumps that squirts water to the front windshield and the tailgate back glass. 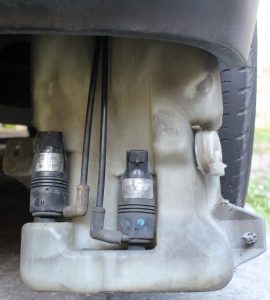 The hole at the lower left portion of our Tahoe’s plastic reservoir (left) must have been covered with epoxy using some bad craftsmanship some time ago that it’s now leaking again. Our good friend and hot rod/replica builder Steve Spivey of Angeles City, Pampanga sourced an original leak-free used reservoir (right) from a junked Chevy Suburban. We noticed that our reservoir was thinner at the bottom while the Suburban’s was wider. But since our Tahoe and the Suburban are both GMT-800 models, we’re sure that it will fit. 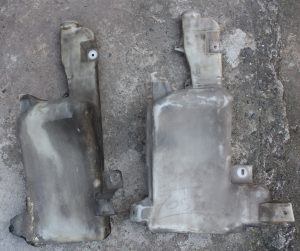 We pressed the mini electric pumps into the designated crevices of the Suburban reservoir, crept underneath our Tahoe, and reversed the process to finish our repair. 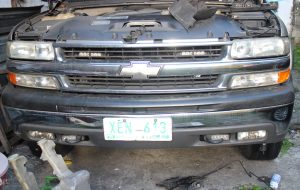 We reinstalled the plastic reservoir by sliding it up, reattaching the plugs to their respective sockets for the pumps and the sensor, tightening the two 10mm bolts, and clipping back the fender covers. We then attached the reservoir refill cover from the old one. 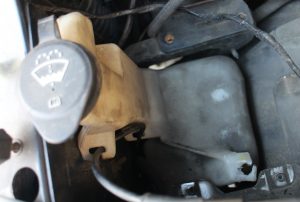 I’ve Got The Power!

After reinstalling the battery tray, we placed the new Hitachi car battery on it, but noticed that the connectors had some electrostatic scales. We used a brass brush and some water to remove the scales. 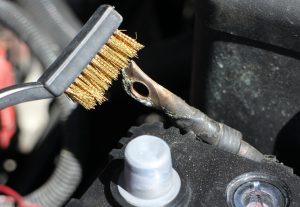 After a thorough cleaning, we attached the positive connector to its correct battery terminal and then tightened the 12mm bolt. 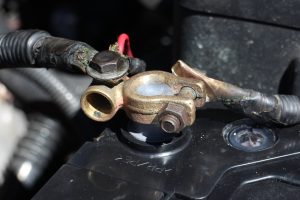 We then bolted the negative connector to its corresponding terminal and tightened the bolt. 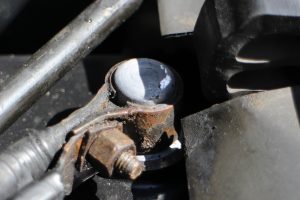 We took a photo of our newly-installed Hitachi car battery before we filled up the reservoir with water so we can get a nice, clean picture. We then applied a dab of grease to both terminals to minimize scaling. 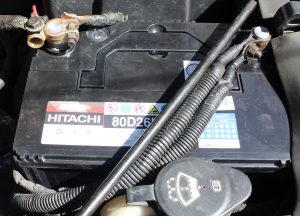 Let There Be Light(s)

We twisted the key and the engine fired up without hesitation. Our Tahoe is equipped with the early mandatory Daylight Running Lights (DRLs) so the headlights light up every time it’s started. 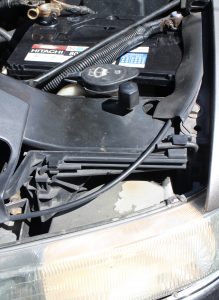 The battery gauge showed that our Tahoe’s electrical system is working great, generating around 14 volts with all the lights and the A/C on. We’re very happy with our new Hitachi car battery because it performed great right out of the box. 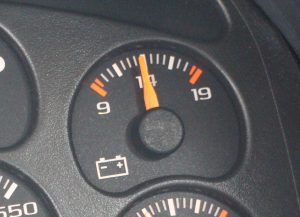 The message center was now devoid of any “Low Washer Fluid” warnings. Despite being sidelined for around a month and a half, our 122,230-kilometer Tahoe settled to a smooth idle at around 600 rpm. 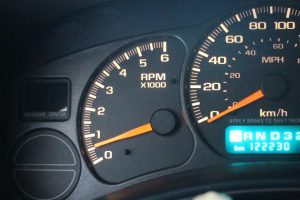 When we switched on the windshield washers, both worked as expected. Then we heard a “thud-swoosh” underneath the hood and the front windshield washers weren’t working. We traced the problem to a plastic hose that hardened because of the heat in the engine bay and then  burst in two spots. We cut off the broken and hardened hose and slipped a rubber hose to temporarily reconnect the separated hoses. 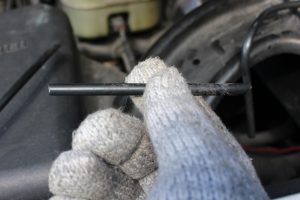 With a new, reliable Hitachi car battery and a leak-free windshield washer reservoir, our Chevy Tahoe is ready to be enjoyed once again! Stay tuned as we rack-up more miles and more smiles with our 16-year-old American SUV. 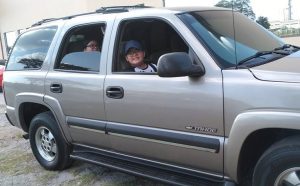