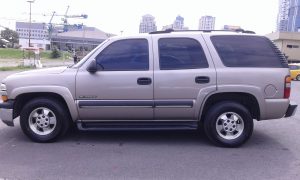 As mentioned in the previous story, we acquired a 116,413-kilometer 2002 Chevrolet Tahoe LS in March 2017. It came with a 4.8-liter Vortec V8 engine, 4-speed automatic transmission, and a sagging front suspension with the front left side leaned low and the wheel camber a bit off. We replaced the two front wheel hubs after the left one started making noise.

Afterwards, we wanted to fix the front suspension so we took our Tahoe to Autobot Autoworks along Road 20 in Project 8, Quezon City, which specializes in customizing pickup trucks and SUVs. Autobot head mechanic Michael estimated that it will take half a day to remove, adjust and reinstall the torsion bars of our Tahoe. 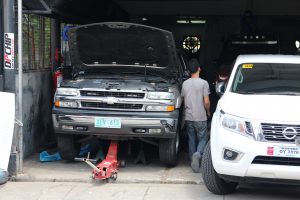 The mechanic placed a crocodile jack and jack stand under the front end of our Tahoe and lifted it. 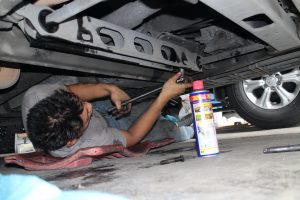 He went underneath the Tahoe and inspected the left and right torsion bar assemblies. 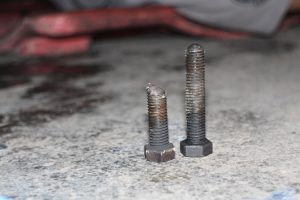 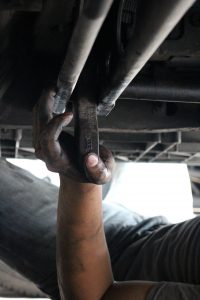 After assessing that the torsion bars were incorrectly adjusted during a previous repair, the mechanic removed the cam stopper and cam to pull the torsion bar. 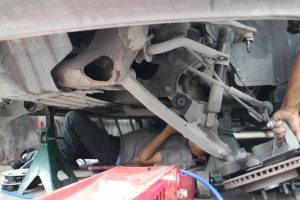 The front suspension components were loosened to allow the torsion bar to be twisted and adjusted to provide additional front lift. 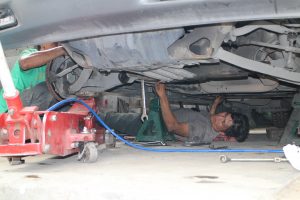 After the torsion bar was twisted and adjusted, the cam and cam stopper were reinstalled with a longer adjusting bolt while the front suspension was dangling. 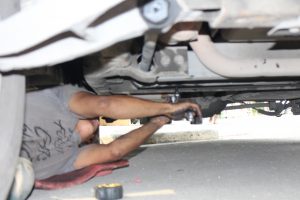 With the torsion bar components, the front suspension and the wheels reinstalled, the adjusting bolt was mounted loosely. 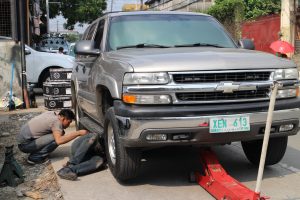 The Tahoe was driven for a short distance to load the suspension and then jacked up to adjust the front ride height. 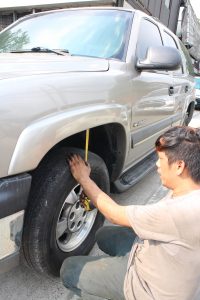 The mechanic found that the gap between the crest of the top wheel arches and the top of the rear wheels measured 7 inches. 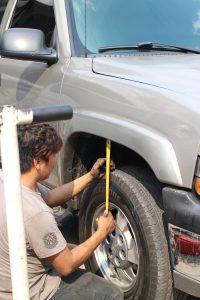 After another short drive to load the suspension, the front wheel gaps were found to be  7” on the right and 6 ½” on the left. The mechanic adjusted the right front wheel gap to measure 6 ½” same as the left side for a slight rake that would straighten when the Tahoe is fully laden with passengers and cargo. 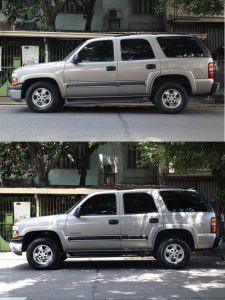 With the front sag corrected, our Tahoe no longer looks “tired” as this “Before and After” comparison shows. 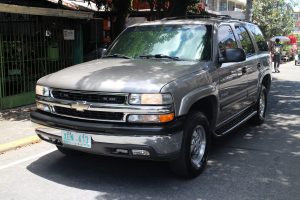 As with any old or used car, we expect to find new problems every time we dive into the repairs of our Tahoe. Watch this space for more problems solved!

What We Spent So Far: