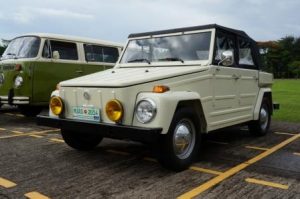 With the right time, effort and dedication, any car has the potential to be a show winner and no other vehicle serves as better proof of that than the 1974 Volkswagen Type 181 that bagged the top honors at the 2014 Manila International Auto Show (MIAS) car show competition. Owned by Ronnie Fernandez and restored by Jules Chanco of MAC Sport Auto, the painstakingly-restored cousin of the VW Beetle looks exactly the way it rolled off showrooms some 45 years before.

The Type 181 originated from the Kübelwagen, a light military vehicle designed by Ferdinand Porsche and built by Volkswagenwerks during World War II for use by the German military. The word “Kübelwagen” is a contraction of Kübelsitzwagen, meaning “bucket-seat car” because all German light military vehicles that had no doors were fitted with bucket seats to prevent passengers from falling out. The wartime prototype was labeled as “Type 62” but eventually became known internally as the “Type 82”. 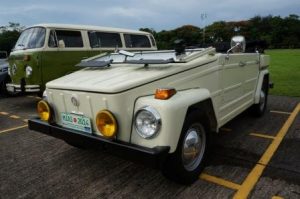 Type 181 became the much-improved civilian version and became more popularly known as the Thing in the United States, Trekker in the United Kingdom, and Safari in Mexico and Latin American countries. Like the original Kübelwagen, it was designed to be a multi-purpose, light and durable mode of transport. Noting the popularity of VW-based dune buggies in the US, the Thing was put into production using the powertrain of the Beetle, the floor pan of the Karmann Ghia, and rear swing axle and reduction gear from the Transporter (Type II). 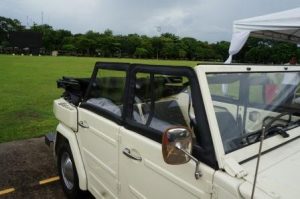 Despite its humble ambitions, the vehicle gained popularity for its simple construction and mechanics and being one of the few four-door convertibles for sale. Its high grounds clearance and durable construction also made it the choice off-roader in VW’s line-up. Like its predecessor, Type 181 also served military roles for NATO and the military of some countries like Thailand.

“The car came from Andy Ferreria,”recalls Jules Chanco. “It had a stars and stripes livery. For a donor car, to start with, it was okay. It was a running car, not like a rust bucket, but a lot of the things weren’t working. A lot of the things installed were not correct. We took out everything and restored it back to original.” Having a working car already, restoration was quick work, taking a little less than a year. 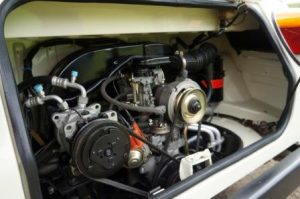 “It was stripped bare of paint and then repainted. We keep all the originals, the corners, the hinges,the seats, and the whole suspension has been re-done. We tried to put as much German parts as possible, even though there are some replacement parts available.” Bringing it back to showroom stock condition meant opting for older, less reliable technologies. 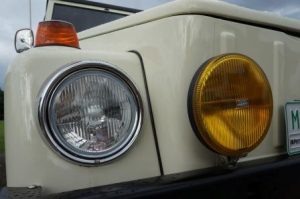 “It’s all according to spec. We had to get original Hella lamps even though they don’t last, they fade, and they crack. Even floor mats are the original rubberized. We even found the radio and factory air conditioner.” 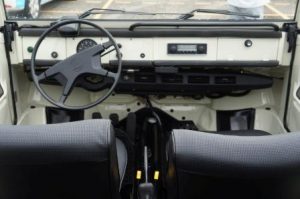 As a result of their dogged persistence, the car won Best of Show at the 2013 VW Day Classic Car Show. Organizers of the MIAS car show took notice and invited them to join. “We were just asked two weeks before to join. We really didn’t prepare”, said Chanco. “The car was just in good condition.There were a lot of other more expensive cars like Mercedes-Benz SL’s. We got lucky that we beat all the other cars.” 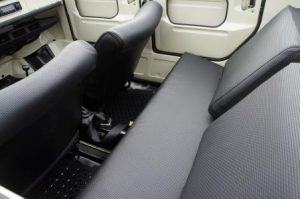 The Type 181 is just one of Ronnie’s growing collection of show winners, sharing a garage with a ’59 Beetle ragtop, Karmann Ghia Karbriolet and BMW 2002tii. 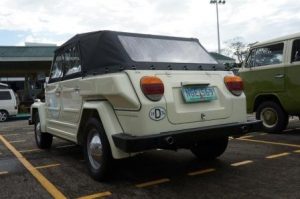