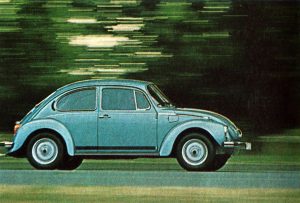 While researching on how we can best restore our 1974 Volkswagen Super Beetle 1303 S (Please click the Project Cars box at the top header of this Power Wheels online home page), we stumbled upon a set of instructions written in German on how to install the side marking stickers on a 1303 Big Beetle. Our curiosity was piqued: What is a 1303 Big Beetle? Researching further, we unearthed some old German, British and French articles about the “Käfer der Käufer (The Buyer’s Beetle)” and found a few photos. 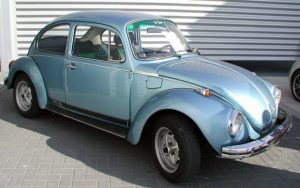 We found out that the 1303 Big Beetles were based on the 1974 Super Beetle 1303 S, just like the one we have, and that these highly-desirable Special Edition Bugs were marketed throughout Europe. These cars were assembled at the Volkswagen AG factory in Wolfsburg, Germany) and at VW’s D’leteren plant in Brussels, Belgium. 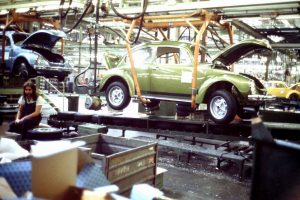 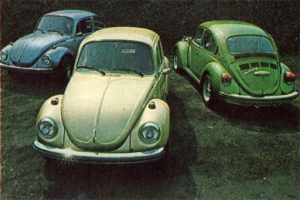 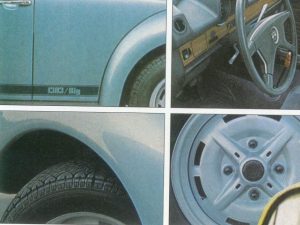 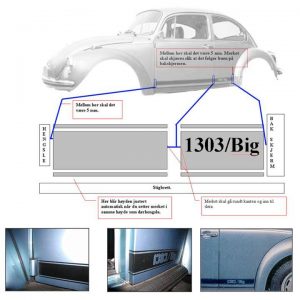 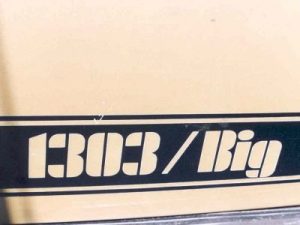 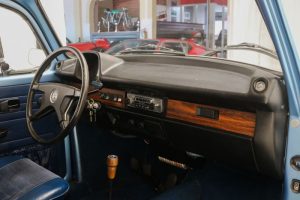 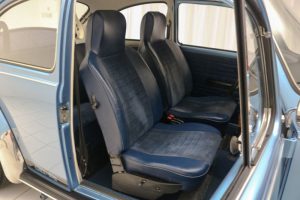 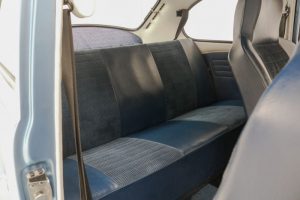 At the back of the Big Beetle protected by the M094 engine hood lock is the same 50-horsepower 1,584 cc air-cooled flat-four engine as our Super Beetle 1303 S project car and mated to a 4-speed manual transmission. The flat floor pan chassis is equipped with McPherson strut front suspension with coil springs and an anti-roll bar, augmented by an independent rear suspension (IRS) with torsion bars and semi-trailing arms. Stopping power comes courtesy of 10.9-inch front discs and 9 x 1.57-inch rear drum brakes. 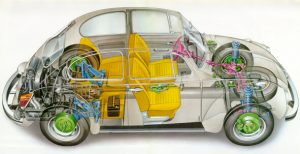 Volkswagen claimed that the Big Beetle can sprint from 0 to 100 km/h in 18.2 seconds and reach a top speed of 130 km/h, which are pretty lame by today’s standards but blitzing fast for a Super Beetle in those days. Handling was improved by using the negative-roll radius steering system from the Audi 80/VW Passat of the same vintage plus the wider 175/70HR15 Pirelli Cinturato tires mounted on 15 x 5.5J (ET 34) Lemmerz GT M444 sports wheels . 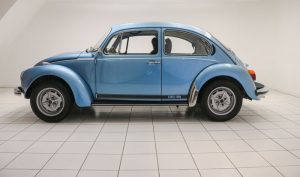 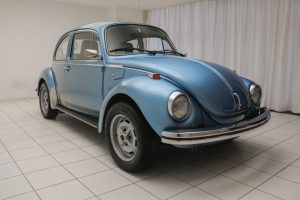 A Volkswagen price list from the September 1973 Earl’s Court Motor Show in London listed the Big Beetle at £1,260.00 compared to the Super Beetle 1303 S, which was around £34.00 less. However, there was a three-month waiting period for the Super Beetle 1303 S unlike the 1303 Big Beetle, which was immediately available. British buyers didn’t care for the price difference and grabbed all the 1,800 Big Bugs that were imported to the United Kingdom. 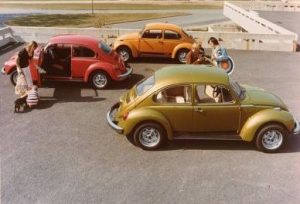 After reading all these information, we were caught in a quandary. Should we restore our green Super Beetle 1303 S back to original and repaint it to the light blue color it was wearing when it left the Wolfsburg factory? Or should we pay homage to the Special Edition Beetles and turn it into a 1303 Big Beetle since our Super Beetle is the exact model they were based on? If we turn it into a 1303 Big Beetle, do we paint it L95C Moosgrün metallic and change the interior to 17T Bambus or do we paint it L95M Ontarioblau metallic and find a matching 56U Dunkelblau interior? Do we replace the 5-spoke 15-inch ATS aluminum alloy wheels that came with our green Super Beetle for those 15-inch Lemmerz GT M444 steel wheels just to make it a complete homage, or do we retain the ATS wheels for period correct Day One modifications? 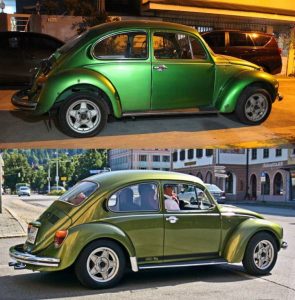