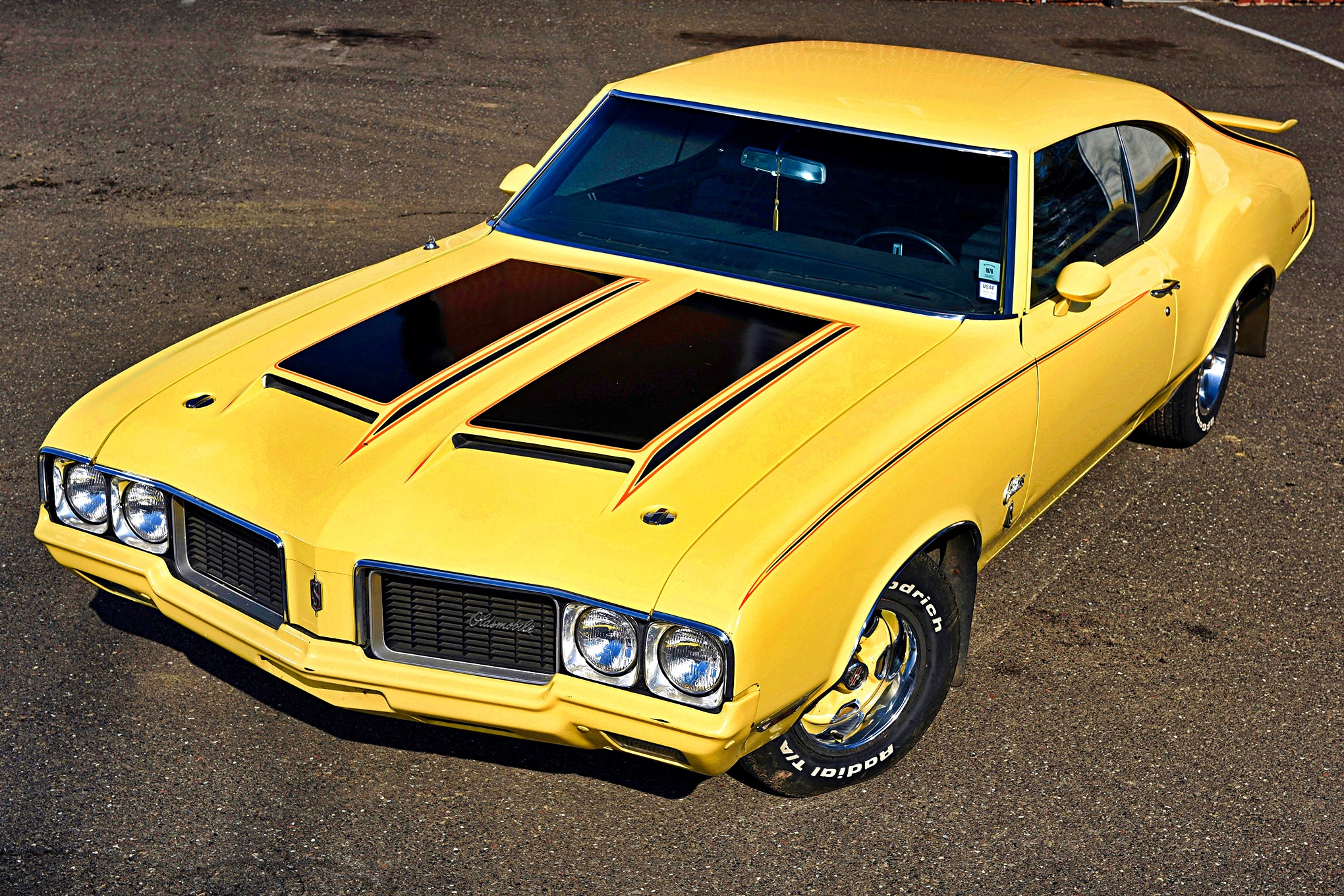 American muscle cars had reached the summit of horsepower ratings in 1970. General Motors (GM) boasted of a mighty line-up that included the 450-horsepower Chevrolet Chevelle SS 454 LS6, the 370-hp Pontiac GTO Judge Ram Air IV, the 370-hp Oldsmobile 442 W-30 and the 370-hp Buick Skylark GS-X Stage 1. However, insurance companies had also wised up to these race-ready street-legal muscle cars and started charging exorbitant premiums to keep young drivers away from these powerful machines. 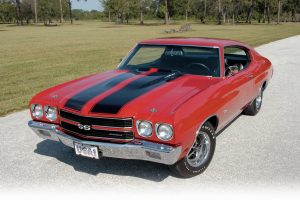 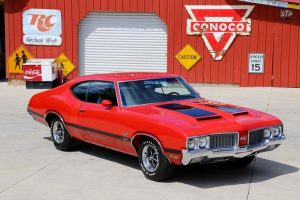 In response, Detroit offered what could be dubbed “junior” muscle cars – intermediate-sized two-door cars with small-block V8 engines instead of the expected muscular big-block V8s – to herd muscle car buyers into the showroom and onto the road.  The best examples from GM included the Chevelle 350 “Heavy Chevy”, the Pontiac LeMans GT-37 and, probably the wildest of all, the 1970 Oldsmobile Rallye 350. 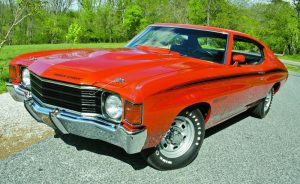 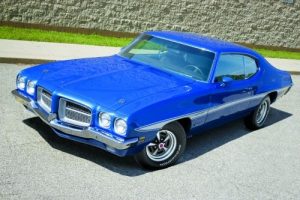 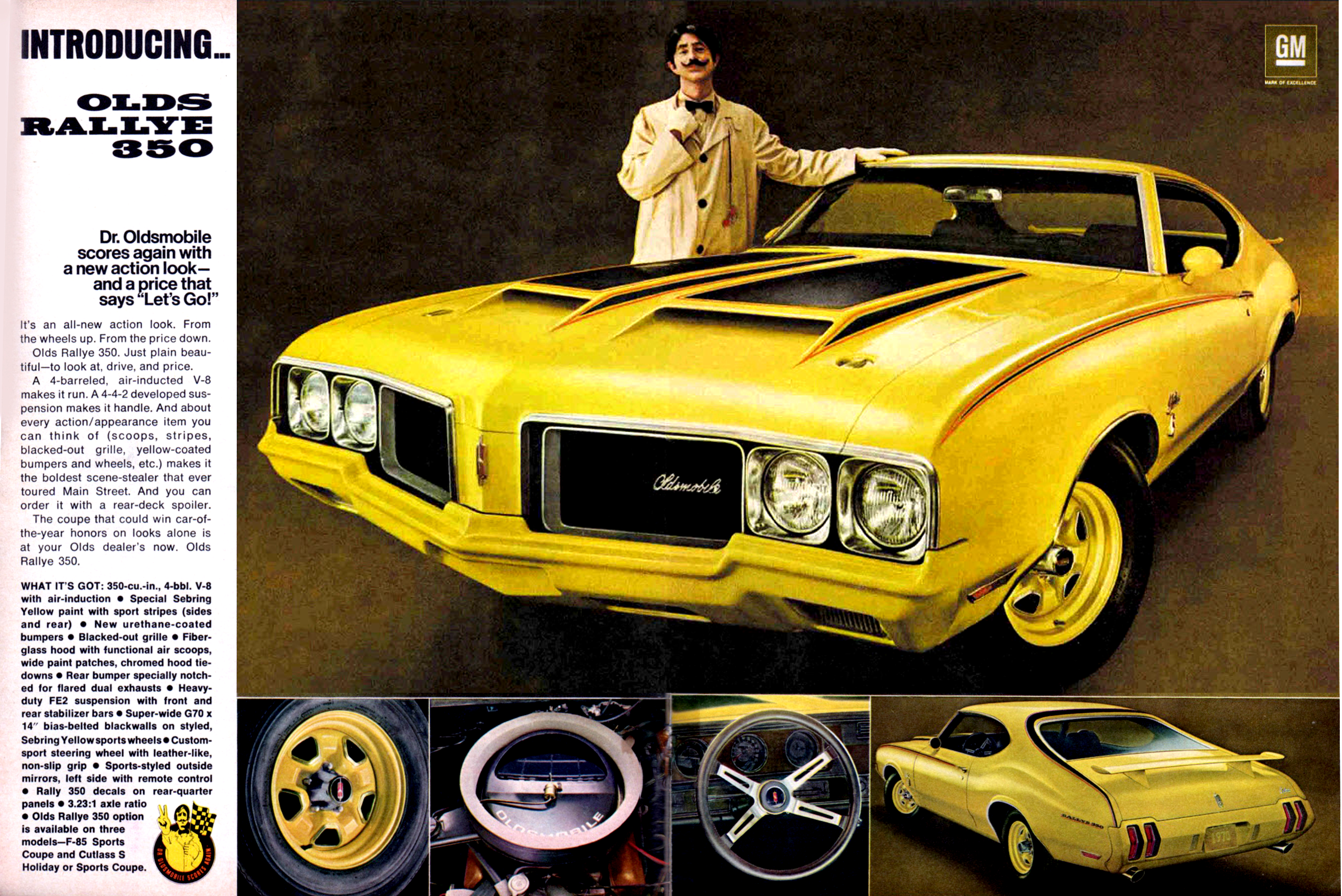 Oldsmobile built 3,547 copies of the Rallye 350; 2,527 based on the Cutlass Holiday Coupe body, 1,020 on the base F-85 Club Coupe body, and 160 on the F-85 Sport Coupe body, which has a B-pillar and more commonly known as a “post coupe”. The only color available was Code 51 Sebring Yellow while the grille was a blacked-out Cutlass S piece with silver trim. Instead of being chrome plated as was the norm at the time, both bumpers were urethane coated in Sebring Yellow. 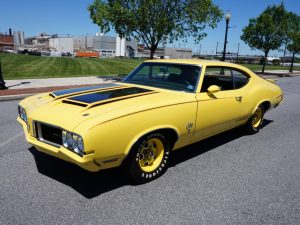 Performance Car on a Budget

Despite being a “low-budget” performance car, Olds offered luxury items such as air conditioning, stereophonic radio and power options on the Rallye 350.  The only engine offered was the 310-horsepower L74 350-cubic-inch (5.7-liter) V8 with a single four-barrel 4MV Rochester Quadrajet carburetor that produced 390 lbs.ft. of torque at 3,200 rpm. The Rallye 350 could sprint from zero to 60 miles per hour (almost 100 kilometers per hour) in 7.0 seconds and cover the quarter mile in 15.27 seconds at 94.33 mph (around 120 kph).

While drag strip performance was the focus of most muscle cars, the Rallye 350 offered improved handling capabilities with its FE2 Rallye suspension package, which consists of stiffer springs and anti-roll bars, front and rear. Power brakes featured front discs and rear drums while the wheels were 14 x 7-inch Super Stock II painted in Sebring Yellow sans the chrome trim rings with bolt-on center caps and wrapped originally with G70-14 tires. 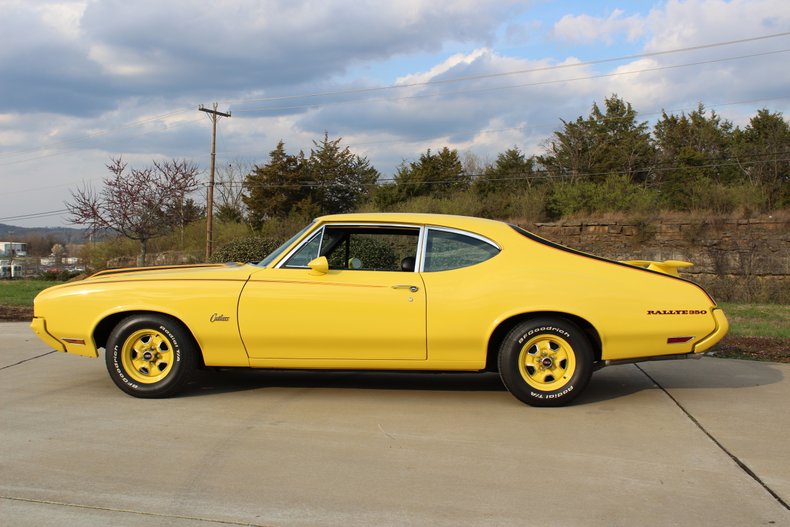 In the printed version of Power Wheels Magazine, we featured a well-preserved 1970 Olds Rally 350 owned by a Manila-based enthusiast who values authenticity and the value of preserving history. The car was meticulously restored, inside and out, to original specs by Route 66, a restoration specialty workshop located in Quezon City. 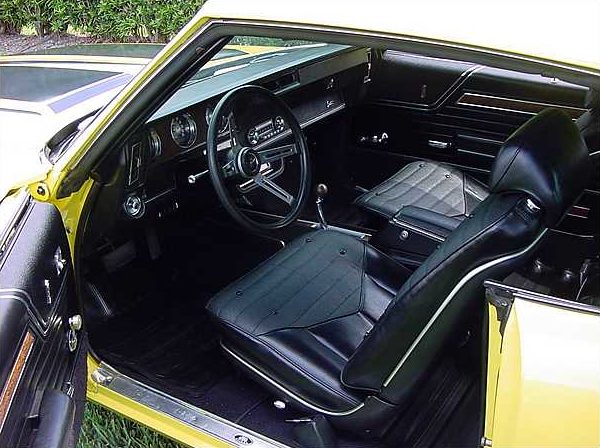 Despite its mint and collectible condition, the owner drives his Rallye 350 occasionally around the city and to club meets and car shows. After all, the good folks at Oldsmobile built this car to sear the retina from the eyes – from the eye-grabbing color to the eye-popping performance. It’s got “junior” muscle car price but serious muscle car power and appeal! 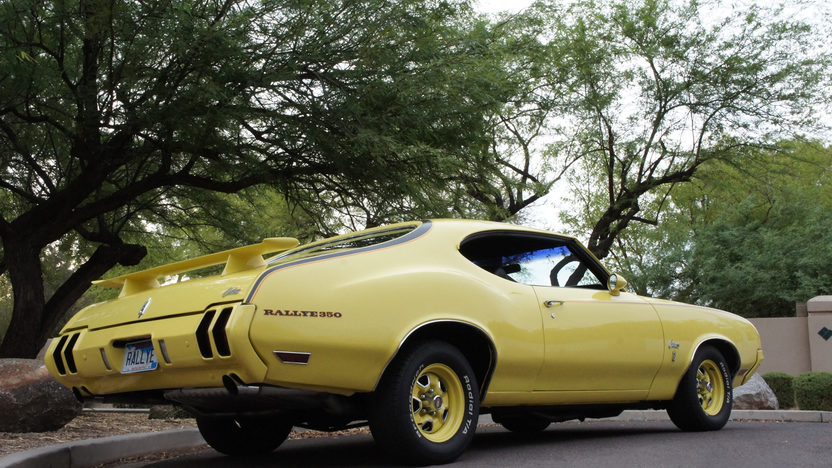