In October 1969, Nissan Motors, Ltd. of Japan introduced the first-generation Datsun 240Z to the American market as a 1970 model. Internally designated as the Nissan S30, the 240Z was designed by a team led by Yoshihiko Matsuo, the head of Nissan’s Sports Car Styling Studio. 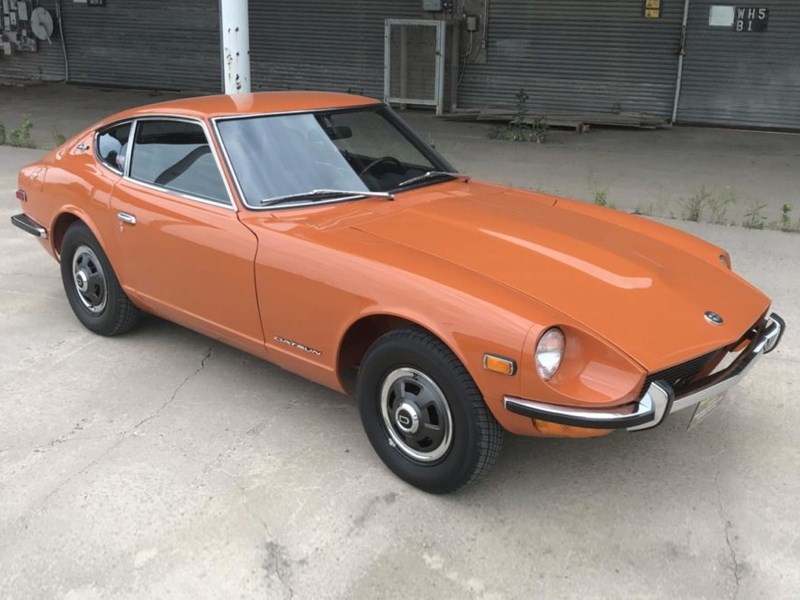 The Datsun 240Z had a 4-wheel independent suspension consisting of front McPherson struts, which were derived from the Nissan Laurel C30, and Chapman struts at the back. It featured manual rack & pinion steering, dual hydraulic braking system, front disc brakes and rear drum brakes. 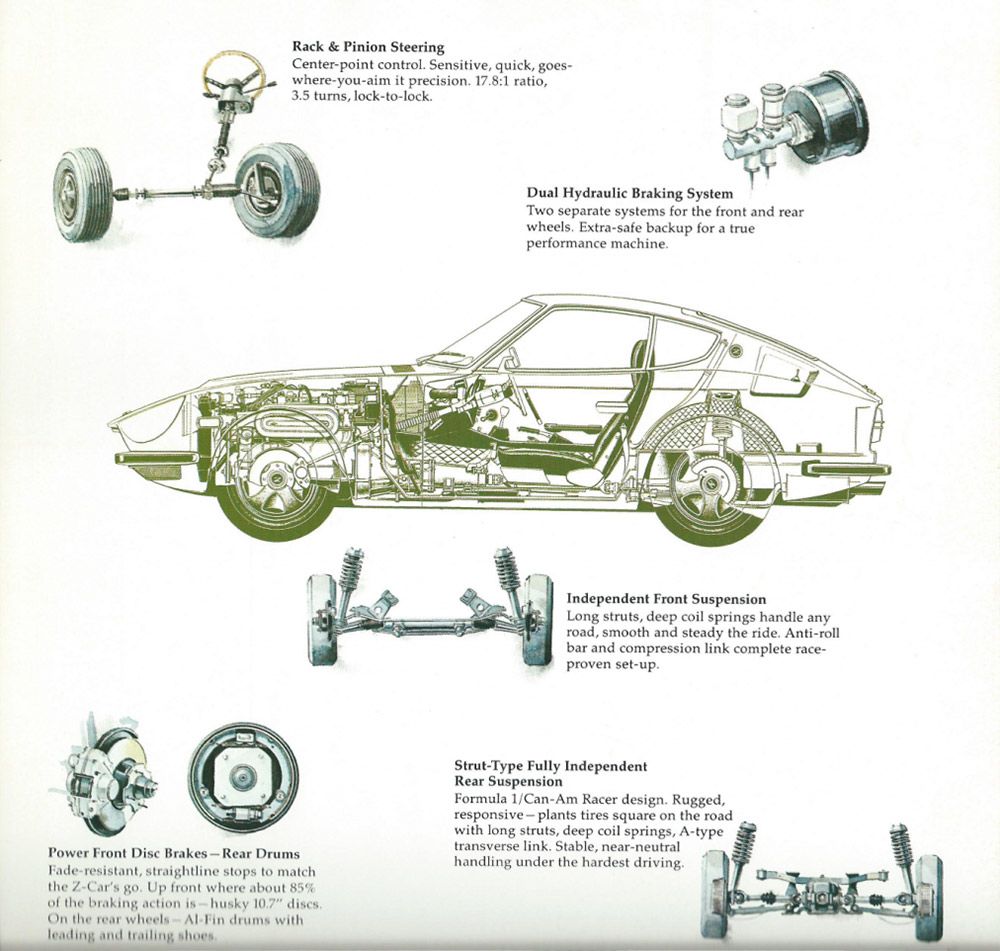 Under the hood, a L24 single overhead camshaft (SOHC) 12-valve 2.4-liter inline 6-cylinder engine was fed by twin, variable-venturi Hitachi single-barrel side-draft carburetors that helped produce 151 horsepower at 5,600 rpm with a peak torque of 198 Newton-meters at 4,400 rpm. Mated to the engine was either a 4- or 5-speed manual transmission that was rowed by a shift lever with a wooden knob. A 3-speed automatic transmission was introduced later on. 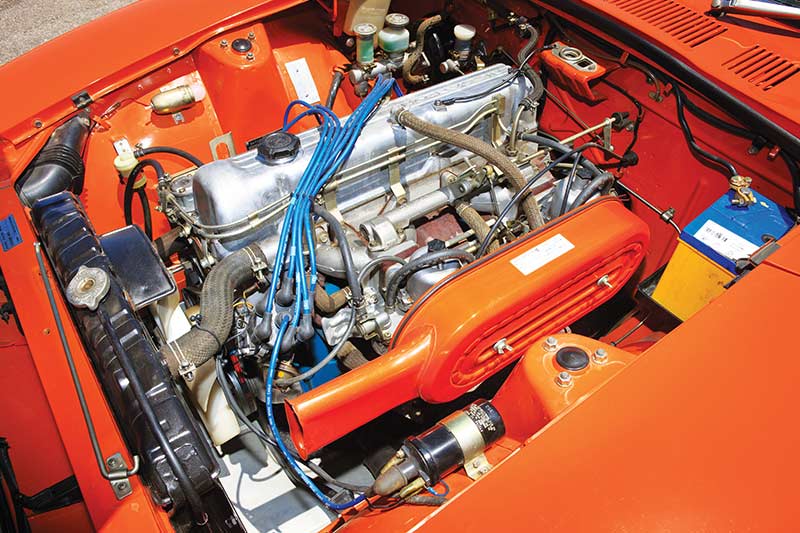 Inside the 240Z, the driver and passenger found ample head-, shoulder-, and legroom, plus comfort from the high-back bucket seats that offer some lateral support during cornering maneuvers. The driver faces a wood-rimmed 3-spoke steering wheel, two large round binnacles housing the speedometer and tachometer, and three smaller round binnacles housing other gauges. 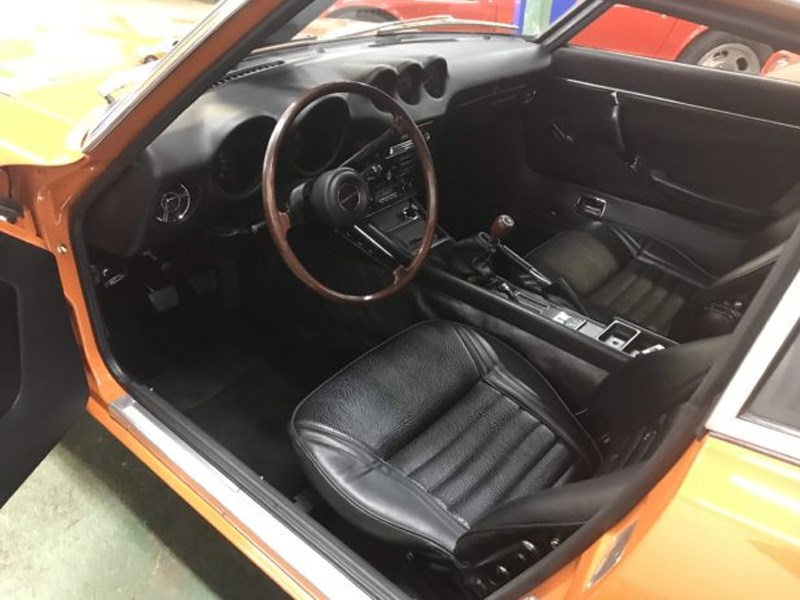 The rear hatch opens to reveal some cargo space behind the seats, which made the 240Z a practical sports car for two. It became quite popular in the United States and was a major success for Nissan, which broadened the image of Japanese car makers. 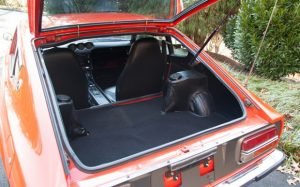 The 1970 through the mid-1971 model year 240Z was referred to as the Series I and these early cars had had a chrome “240Z” badge on the sail pillar and two horizontal vents in the rear hatch below the glass molding that provided flow-through ventilation. 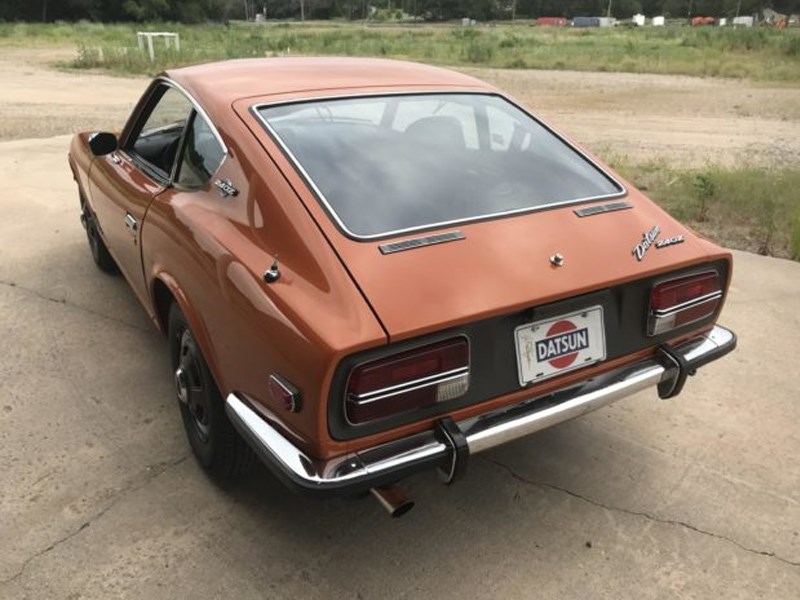 In the middle of 1971, the sail pillar emblems for the Series II cars were restyled with just the letter “Z” placed in a circular vented emblem. The rear vents were eliminated from the hatch panel. In 1973, performance of the 240 Z suffered a bit when the carburetors were changed to comply with the tougher U.S. emissions and fuel economy regulations. 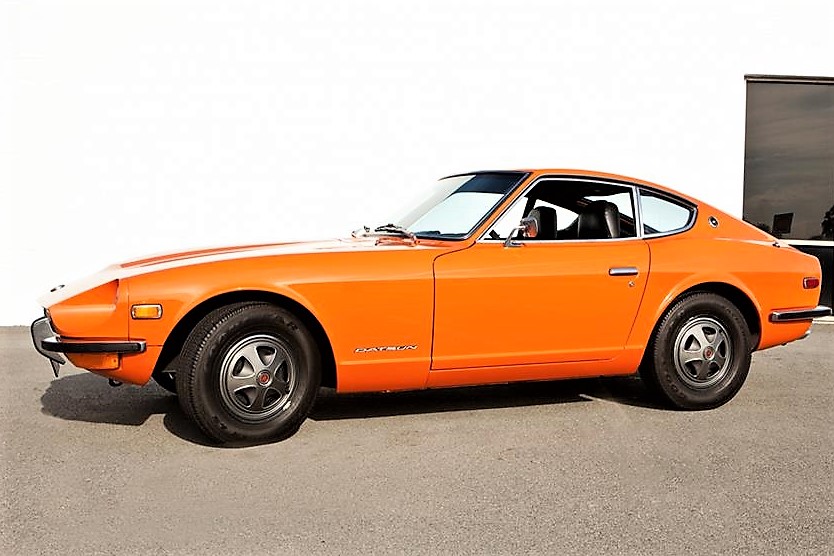 It was inevitable that the 240Z would be entered in various racing disciplines including rally and circuit racing. The more famous 240Z race car was that of Bob Sharp Racing which ran in the C Production Class of the Sports Car Club of America (SCCA) National Championship series. A year later, actor and racing enthusiast Paul Newman was introduced to competitive driving with the Bob Sharp racing team. 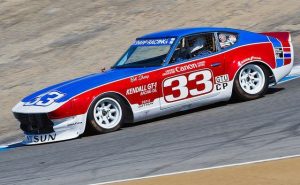 In 2004, Sports Car International ranked the Datsun 240Z as Number Two on the list of Top Sports Cars of the 1970s.  As one of the most appealing Japanese cars ever produced, the 240Z also lent itself well to modifications, such as the heavily modified version of actor Sung Kang of the “Fast and the Furious” franchise. Half a century after its introduction, the 1970-73 Datsun 240Z continues to generate a legion of fans around the world. 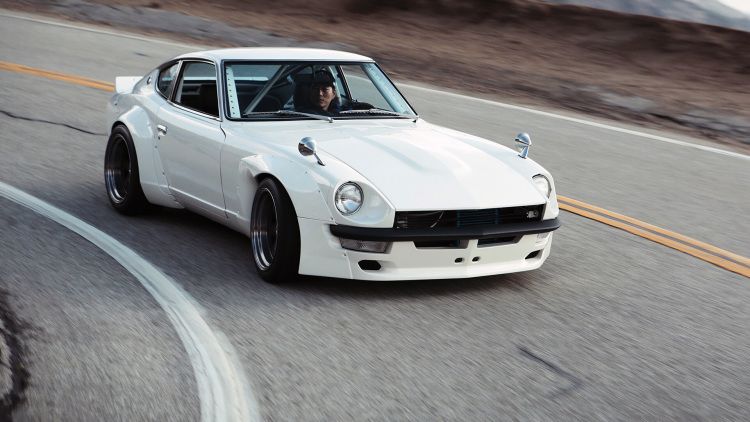