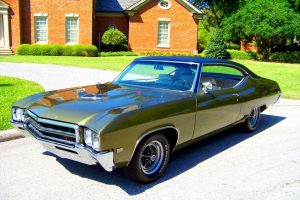 Buick, the “gentleman’s car” division of General Motors, was an unlikely source of some of America’s finest muscle cars. In 1965, they joined the muscle car fray by shoehorning a 400-cubic-inch V8 into their mid-sized Skylark model and called it the “Grand Sport”. In 1968, with the introduction of the new GM A-Body line-up, they shortened the name of their performance model and added the engine displacement to come up with a new modern moniker: the GS 400. 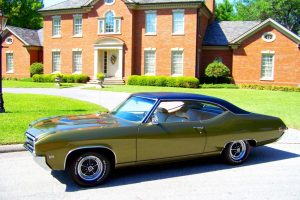 The 1969 Buick GS 400 was a carryover of the ’68 model with a few minor changes. There was no special edition of the GS 400 unlike the muscle cars from GM’s other divisions. Chevrolet uncorked some special-order super Chevelles and called it the COPO. The Oldsmobile division headlined the Hurst editions of the 4-4-2 while Pontiac came out with the “Judge”, a pop-culture-inspired version of the GTO. 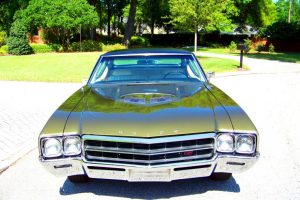 Buick didn’t take the internal muscle car competition within the four GM nameplates standing still. The GS 400 got standard functional hood scoops for ‘69, something none of its higher-profile corporate siblings had. The “Cool Air” cold air induction system used a twin-snorkel air cleaner with two foam muffs that sealed against the scoop openings. Buick claimed the system increased peak horsepower by eight percent and peak torque by six percent over the entire rpm range, though the car’s base V-8 400 retained the 340-horsepower rating from ’68. 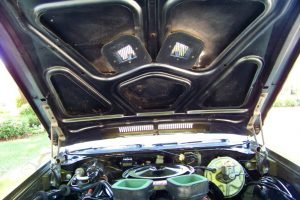 But now, the base engine wasn’t the only GS 400 mill. New for ’69 were Stage 1 and Stage 2 option packages. Stage 1 boosted output to 345 horsepower while the ultra-rare Stage 2 package boosted it even more. The Stage 1and Stage 2 options turned the Buick GS 400 into a true quarter mile hero and gave the Buick division a new label: the gentleman’s hot rod. 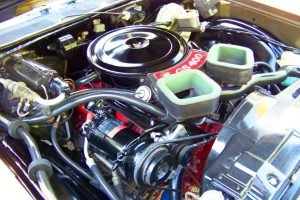 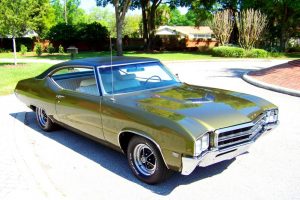 A dealer-installed “Stage 2” option added even more power. When ordered, the factory sent the parts to the dealer in the trunk of the vehicle. Parts included an even hotter camshaft, an aluminum intake manifold, headers, higher compression pistons, hollow pushrods, and some calibration changes for the ignition and carburetor. Stage 2 GS 400 buyers can choose between a 4-speed manual transmission with the 3.64:1 rear differential ratio, and a modified 3-speed automatic with 3.42:1. Both transmissions choices came with Positraction. 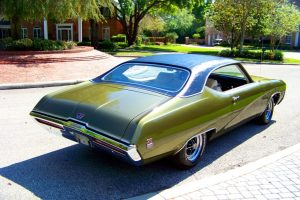 The Buick featured here is a garage-kept and unmolested original GS 400. It is a numbers-matching car with the original 400 V8 and TH-400 transmission with over 110,000 miles (176,000 kilometers) on the odometer. Equipped with the Rallye suspension, Cool Air induction system, power brakes, power steering and factory air-conditioning, it came neither with the Stage 1 nor Stage 2 options because of the factory air-conditioning option. 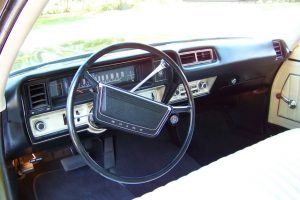 The car was professionally restored in 1995 with lacquer paint in the original two-tone paint codes. Wanting to keep it all original, the owner resisted the temptation to find and install a period-correct Stage 1 package to upgrade the car. However, despite being a meticulously restored collectible automobile, it could still blast through the quarter mile in 15.2 seconds at 92 miles per hour (148 km/h). Even after 51 years, this Buick GS 400 is still truly a gentleman’s muscle car. 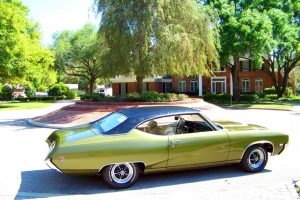