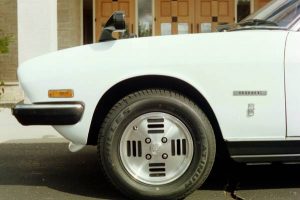 Here’s something for the classic Japanese car connoisseur: Have you ever seen an Isuzu 117 Coupé? A compact Gran Turismo (GT)-type 2-door fastback that was produced between 1968 and 1981, the 117 Coupé was styled by the famous designer, Giorgetto Giugiaro. It was one of the first Japanese cars designed by an Italian stylist, among the first Japanese cars with a double overhead camshaft (DOHC) engine, and the first with electronic fuel injection (EFI). The 117 Coupé can also be regarded as the world’s first sports car available with a diesel engine.

117 was a internal code name for a common development program of Isuzu mid-size cars that included the Coupé, a sedan and a station wagon. The sedan and the wagon were eventually labelled as the Isuzu Florian but the coupe kept the name. The 117 Coupé and the Florian shared mechanical components including the front-engine, rear-drive chassis layout with recirculating ball steering. The 117 Coupé debuted as a Ghia prototype at the 1966 Geneva Motor Show and was shown at the 13th Tokyo Motor Show later that year. 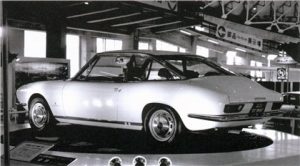 … and at the 13th Tokyo Motor Show of the same year.

In 1968, Isuzu started preliminary small-scale production of 117 Coupés, which were effectively handmade since the company can rarely churn out a little over 50 units a month. Its marketing approach was similar to the Nissan Silvia, which was produced around the same time. The styling of the 117 is interesting that from a three-fourths front view, its lines evoke the Fiat 124 Sport. But when you look at it from other angles, the look of the car changes completely. 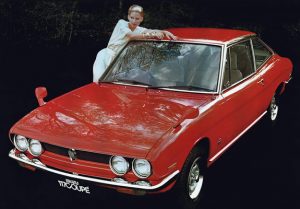 Production of the 117 Coupé began full-scale in 1973. Overall, the Giugiaro styling remained unchanged while the 117 was in production for 13 years and was only treated with a single face lift in 1977. The lines and appearance of the car have held up quite well since its debuted in 1968 and continues to hold up well today. 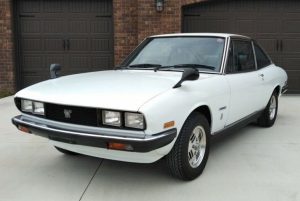 The first engine available for the 1968 117 Coupé was the G161W, a 1.6-liter DOHC inline 4-cylinder that was made by Isuzu in collaboration with the British sports car maker, Lotus. An electronic fuel injection (EFI) unit from Bosch, the D-Jetronic system, debuted in 1970. The EFI-equipped  model was named the 117 Coupé EC for “electronic control” and the Bosch-licensed system helped extract more performance from the inline-four while meeting legislative requirements. 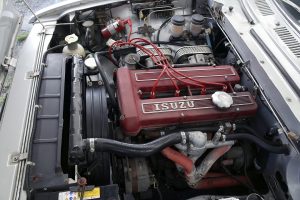 With only 86,192 units made, the Isuzu 117 Coupé was quite an exclusive vehicle during its unusually long product life cycle. It was replaced by the Isuzu Piazza in 1982. The 1979 model featured here appears to be quite solid and is known to have received a repaint at some point in its life. The only rust of any note is a small spot on the decklid around the lock, but it should be pretty easy to address. The car has recently had its factory Giugiaro-designed alloy wheels refinished while the original factory glass all looks to be in good condition, as does the external trim and chrome. 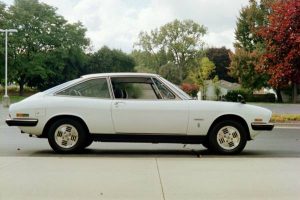 The interior of this 1979 117 Coupé remains original and appears to be remarkably well preserved. The dash pad has a couple of cracks because of age  but the rest of the interior appears to be in good condition. The seat upholstery and door trims also appears to be in great condition, as does the headliner, carpet, and center console. The dash features an array of gauges, the original factory Clarion radio and 8-track player, and air-conditioning. 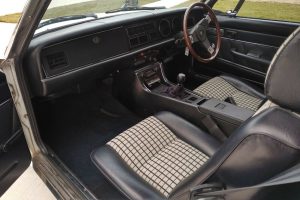 Powering this Isuzu is the 109-horsepower 1,871 cc G180W inline-four DOHC engine mated to a 5-speed manual transmission. While power outputs were emasculated by tougher emission laws in the 1970’s, this 117 Coupé should prove to be a pretty reasonable performer with its Bosch D-Jetronic EFI system, a modern electronic ignition and a more sporty exhaust system. The owner says that it runs and drives really well, the transmission shifts smoothly and cleanly, and the suspension and steering feel nice and tight. 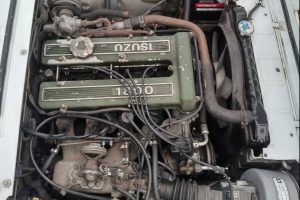 With features like the twin-cam engine and EFI, the 117 Coupé was quite an advanced car when it was new. Today, they are becoming harder to find and rarely come onto the used-car market. Because of its low production numbers, long production life, the 1968-81 Isuzu 117 Coupé is an interesting collectible Japanese classic that promises an enjoyable driving experience and ownership exclusivity. Prices in the US collector market vary from $9,000 to $16,000 depending on the condition of the car. 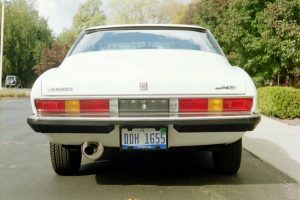