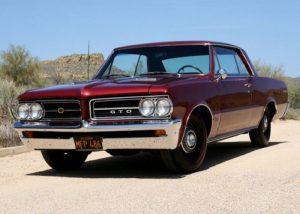 It’s still subject to debate but most car enthusiasts consider the 1964 Pontiac GTO as the first American muscle car. But it cannot be doubted that Pontiac unwittingly created the formula for the muscle car genre with the GTO – an intermediate body American car with a large displacement V8 engine and a penchant for high performance, especially in drag racing. There. That should settle some of those debates. 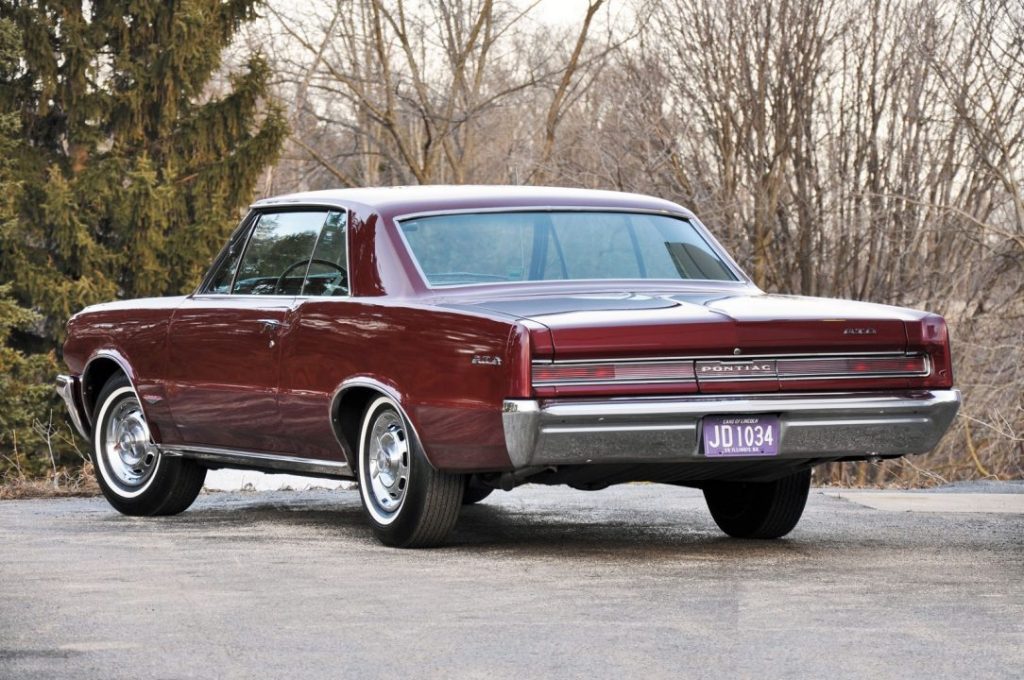 The brainchild of Pontiac engine specialist Russell Gee, chassis engineer Bill Collins and chief engineer John DeLorean, the GTO started out as a 1964 Pontiac Tempest mid-size 2-door sedan that was fitted with a 389 cubic inch (6.2-liter) V8 from the Pontiac Catalina and Bonneville full-size models. 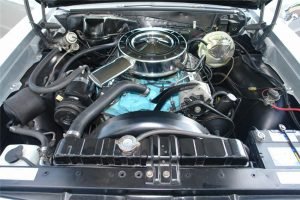 The name, which was DeLorean’s idea, was inspired by the Ferrari 250 GTO, which is the abbreviation for the Italian Gran Turismo Omologato, for cars homologated for racing in the Grand Touring (GT) class. 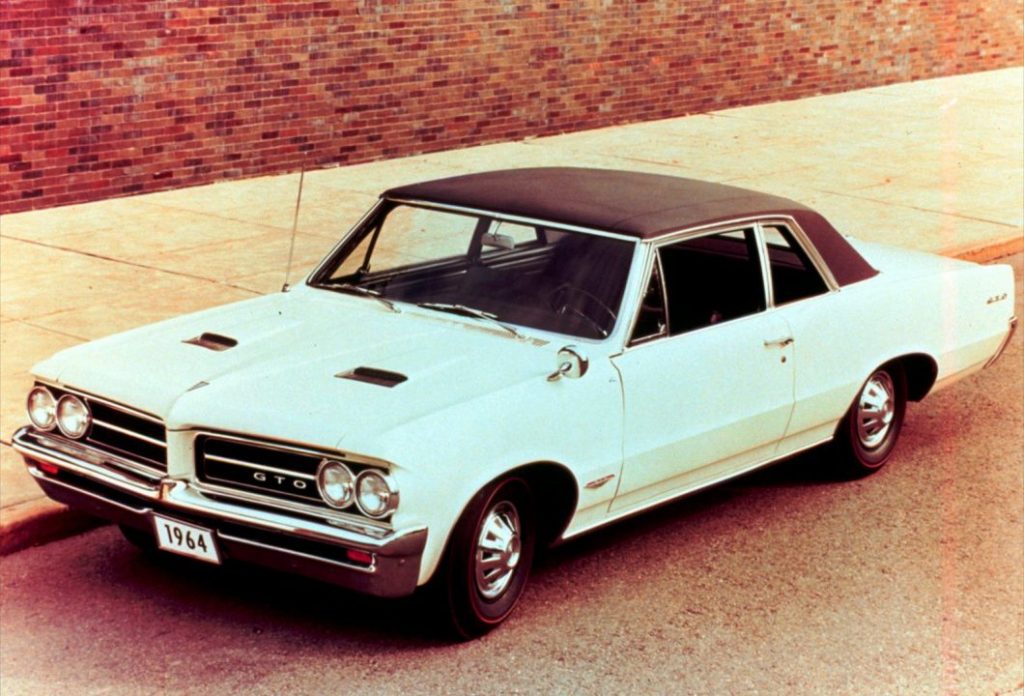 By the early 1960s, Pontiac’s advertising and marketing approach was heavily based on performance, and racing was an important component of that strategy. In early 1963, General Motors‘ management banned its divisions from any direct involvement in auto racing. With this ban, Pontiac’s young, visionary management led by DeLorean turned its attention to street performance. 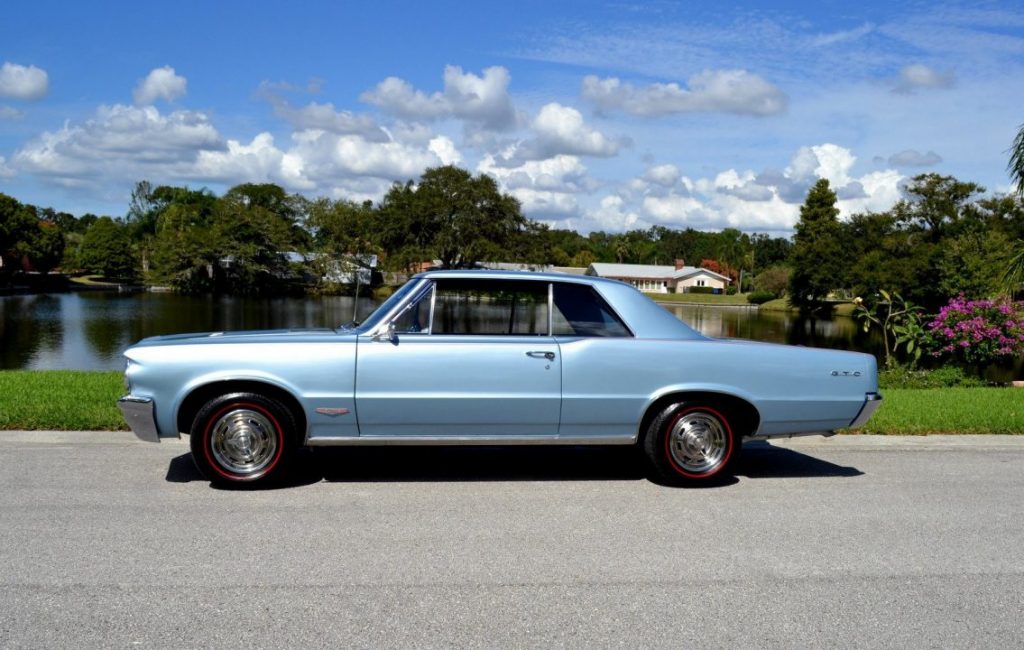 Chief marketing manager Jim Wangers was instrumental in making the GTO into a street icon. By promoting the big-engine Tempest as a special high-performance model, they appealed to the speed-minded youth market, which was targeted by Ford Motor Company’s Lee Iacocca, who was at that time preparing the Mustang. 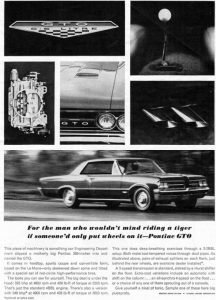 The GTO basically violated GM’s policy limiting the A-body intermediate line to a maximum engine displacement of 330 cubic inches (5.4 L). Since the GTO was an option package for the Pontiac Tempest and not standard equipment, it could be considered a loophole and was approved by Pontiac General Manager Elliot “Pete” Estes. Sales manager Frank Bridge insisted on limiting initial production to 5,000 cars, but 10,000 GTOs were sold before the beginning of the 1964 calendar year and a total of 32,450 cars were sold before the 1965 model change. 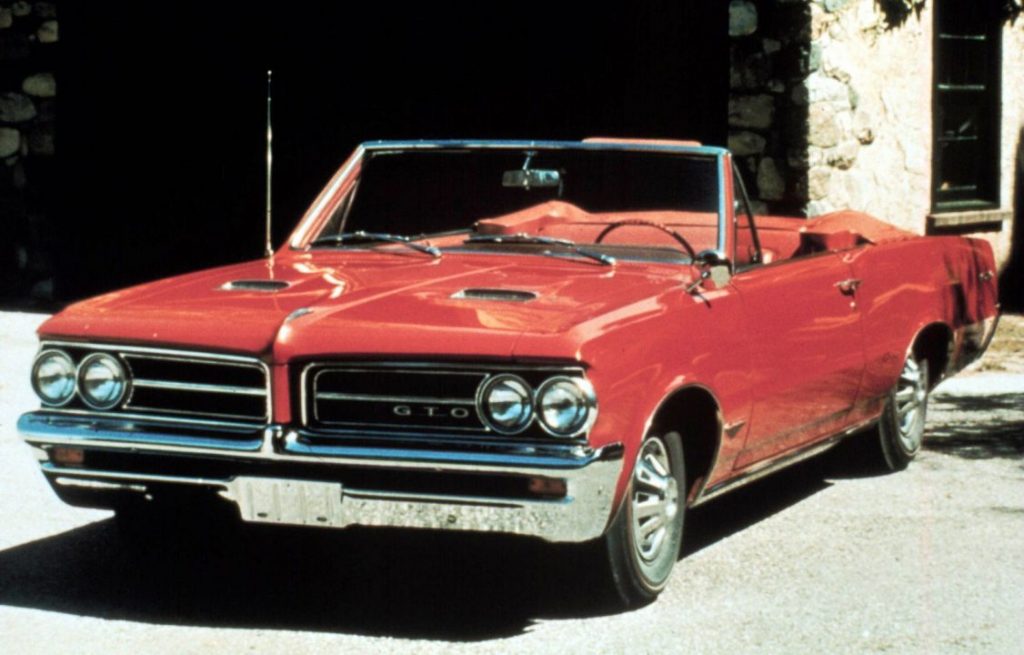 Available as a two-door coupe, hardtop, or convertible, the GTO can be ordered in 1964 with the 389 V8 rated at 325 horsepower at 4,800 rpm with a single Carter AFB four-barrel carburetor and dual exhaust, floor-shifted 3-speed manual transmission with Hurst shifter, stiffer springs, larger diameter front sway bar, wider wheels and tires, hood scoops, and GTO badges. 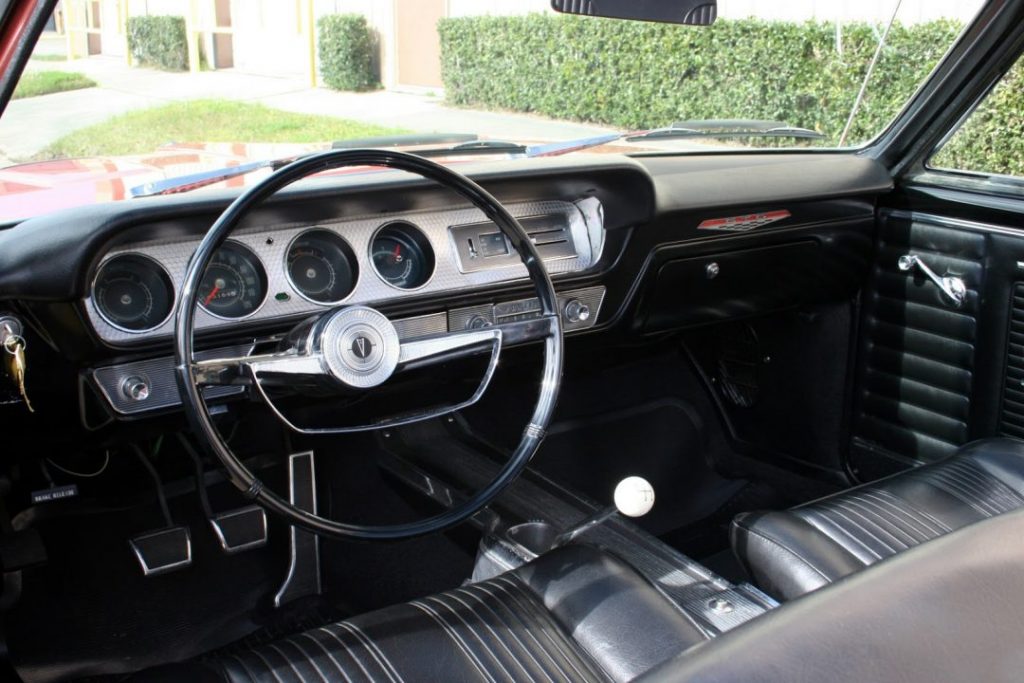 Buyers have the option to go for a 4-speed manual or 2-speed Super Turbine 300 automatic transmission. A Tri-Power package with three 2-barrel Rochester 2G carburetors increased the power to 348 hp. 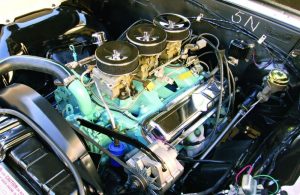 Nowadays, original and unrestored 1964 Pontiac GTOs command high prices in the collector car market while Bobcat GTOs sold by Royal Pontiac of Michigan remain as the pinnacle of collectible GTOs. Despite the Pontiac brand being discontinued by GM, GTO – The Great One – continues to attract muscle car enthusiasts to its fold and fascinate car lovers with its performance legacy. 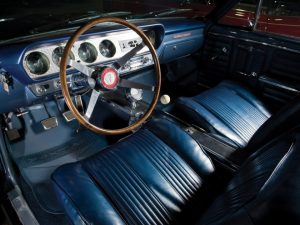